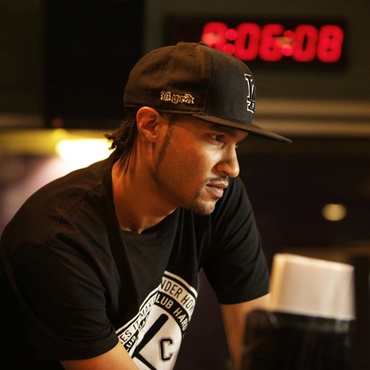 Winter in America: Aaron Byrd Speaks Through His Show It’s truly a privilege being a DJ on a station like KCRW. With events like the terrorist attack on the Black Business District in Tulsa in 1921, the brutal murder of 14-year-old Emmett Till in 1955, and the senseless deaths of Alton Sterling and Philando Castile just days ago, many of you are now learning that if you are black man in America, it is also a privilege to be alive.

I say you because most of you don’t look like me, or Trayvon, or Tamir, or Eric, or countless others. As a black man in America, I’ve had several unprovoked encounters with law enforcement because I “fit the profile”. Yes, those are the literal words the police officers used. So for many of us, as the late Gil Scott-Heron would say, this “Ain’t No New Thing.”

Over the last few days, many from both sides of this socially constructed divide of you and us have seen footage of police officers kill a man and become unified by feelings of anger, devastation, and horror. I’m of the belief that being on a public radio station I am beholden to the public – I have a responsibility to serve the people. Sometimes that means using my show as a platform to express the sentiments of many. In a decision I made just moments before my show last night, I chose to do just that.

Tracklist:
JAMES BALDWIN Excerpt From “Living And Growing In A White World”
GIL SCOTT-HERON Did You Hear What They Said
CURTIS MAYFIELD To Be Invisible
CURTIS MAYFIELD (Don’t Worry) If There’s A Hell Below, We’re All Going To Go
DEAD PREZ I Have A Dream, Too
MARVIN GAYE Anger (Alternate Extended Mix)
EDDIE KENDRICKS My People…Hold On
CURTIS MAYFIELD We The People Who Are Darker Than Blue
MALCOLM X American Courts
GIL SCOTT-HERON Winter In America
DEAD PREZ Police State
KRS-ONE Sound Of Da Police
JAMES BALDWIN Excerpt From “Living And Growing In A White World”
GIL SCOTT-HERON Ain’t No New Thing
SYL JOHNSON Is It Because I’m Black
BOBBY (BLUE) BLAND Ain’t No Love In The Heart Of The City
CHOCOLATE MILK Actions Speak Louder Than Words
MALCOLM X White Man’s Law
MOS DEF Fear Not Of Man
BILLY PAUL Am I Black Enough For You?
87TH OFF BROADWAY Why
CURTIS MAYFIELD Cannot Find A Way
GIL SCOTT-HERON Don’t Give Up
CURTIS MAYFIELD Keep On Keeping On
THE DRAMATICS Hey You! Get Off My Mountain
JAMES BALDWIN Excerpt From “Living And Growing In A White World”
CEE-LO GREEN Sometimes
D’ANGELO & THE VANGUARD The Charade
MESHELL NDEGEOCELLO God.Fear.Money
FATIMA Rest In Peace
SADE It’s Only Love That Gets You Through
FAZE ACTION Vigilante Song
KENDRICK LAMAR Complexion (A Zulu Love) (Feat Rapsody)
KENDRICK LAMAR How Much A Dollar Cost (Ft. James Fauntleroy & Ronald Isley)
PUBLIC ENEMY Public Enemy No. 1
PUBLIC ENEMY Black Steel In The Hour Of Chaos
GIL SCOTT-HERON Home Is Where The Hatred Is (Ramsey Hercules Edit)
DEAD PREZ Walk Like A Warrior
MARVIN GAYE Inner City Blues (Make Me Wanna Holler)