Fanatic. I hope you’ve had a good week. Not the easiest thing to do these days but I’m sure you’re giving it your best.

The great Walter Lure, the last remaining member of the Heartbreakers has passed away. L.A.M.F. is one of the best records ever.

You know how some of our radio notes have a long list of things to check out? I think this will be one of those.

Heidi and I have put together a TV show, if you will. We call it the Henry and Heidi $1.99 Show. It’s basically a video version of our podcast. This allows us to show you some of the things we talk about. We thought that the visuals would make for better story telling. If you’re familiar with our podcast, it runs very much the same. We have different parts, the main one being a story, which we call Show and Tell. What’s cool about this way of doing it is that I know in advance what the topic is and I prepare. I assemble records, flyers, etc. Then, I roll out the story and show you stuff which we also put up on split screen, so you can get a better look at whatever I'm showing you. We hope the show does well enough to allow us to go to different locations and get some interesting footage. As with all things, there’s a learning curve. We’re finding out how much work it takes to edit and put a show together. It’s a lot! Here’s the link to the first one.

You might remember for the last several weeks, I’ve been telling you that Larry Hardy and I have been plotting and planning, putting together some super cool 7” records. We have four titles done and finally, we can tell you about some of them because two are coming out for RSD THIS COMING SATURDAY!!! So stoked about this.

We’ve got a Ruts DC record with two songs. Segs gave me a two song 7” with a reworking of Jah War called War On Crime on the B side. It’s great. He then sent me a file that was online only, which was a Dub version of this. I wrote him and asked if we could make the B side of his record the A side and the Dub version the B side. He said yes and we got to work. None other than Mikey Young does our mastering and unsurprisingly, he did a great job. It comes in a cool red/white/black limited pressing.

ALSO, we’ve got a fantastic Gun Club 7” with two live tracks. The A side is Eternally Is Here and the B side is the band doing a ripping version of Psycho by the Sonics. Three color variants!!! 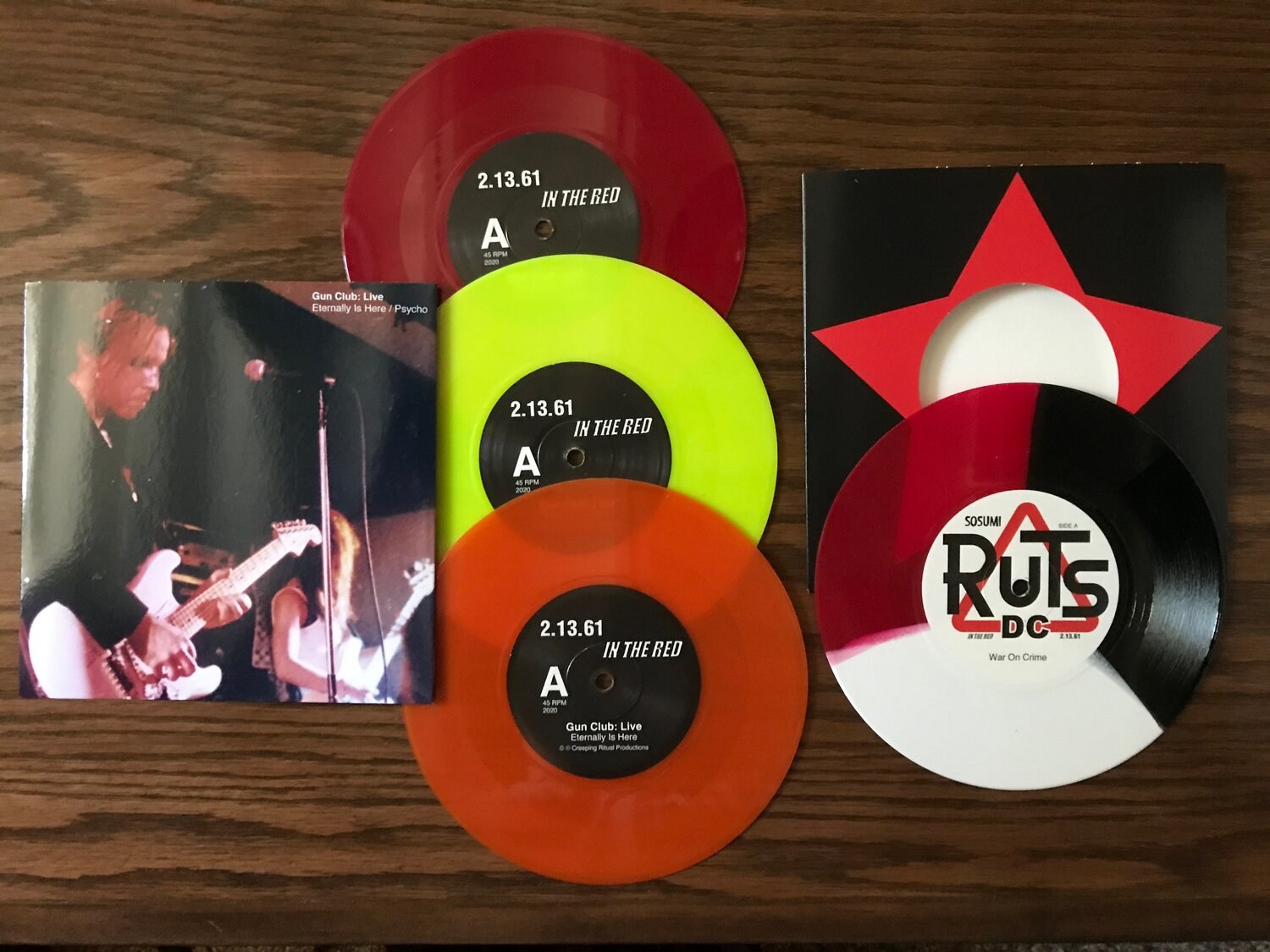 That’s this coming Saturday. Our next one, (it’s amazing) will be out September 26.

I got an email from a guy named Alex who suggested I check out a band called Bob Vylan. I went to their bandcamp page and listened. I thought they were great. The language they use, we would have to cut out and I think that would damage and insult the music so we’re not going to. I would recommend you give them a listen.

Get ready get set for a new Cool Greenhouse track called Alexa. I think they’re putting it out in a couple of weeks. It’s great. I’ll let you know when it’s up.

The great Dion Lunadon has a new 7”!

Did you know that before Gun Club, Jeffrey Lee Pierce had a band called Red Lights? So great! Tapes have been found and a great EP of the music has just come out on In The Red.

I hope I didn’t leave anything out. Whew!

And . . . we have a great show for you. This is our Jazz Juggernaut! We try to do one of these every year. Sometimes we get it, sometimes we don’t. All Jazz all night! We hope you dig it.