World premiere: Ozomatli’s ‘Sacude’ gets the party started for new album ‘Marching On’ 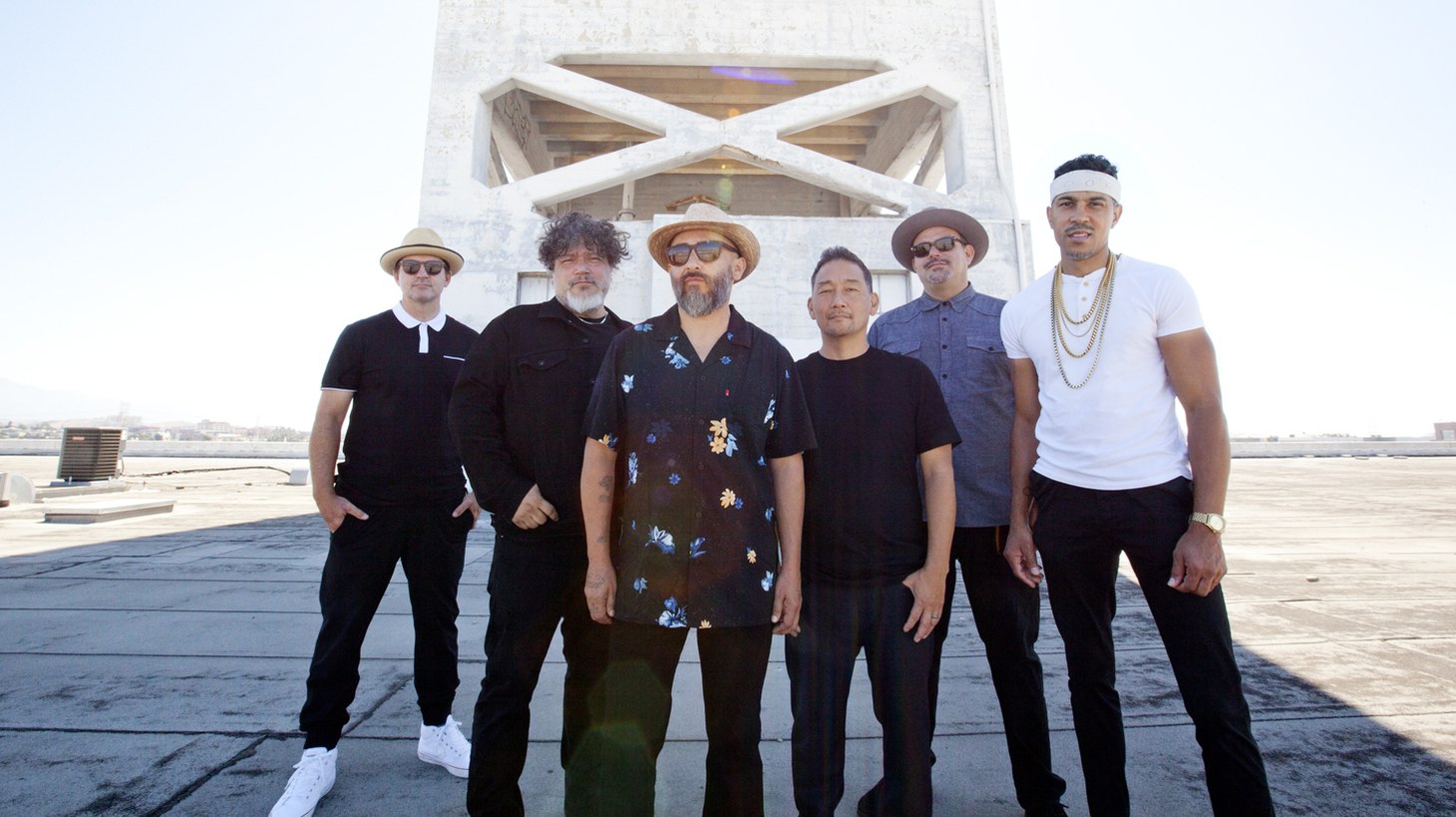 LA’s ultimate party band, Ozomatli, are back with their first full album in five years, the triumphantly titled “Marching On,” due out July 15. Initially completed at Texas studio Sonic Ranch, 2020 had other plans for the album and the band (along with the rest of us). Undeterred, Ozomatli pressed on with the record remotely. The presciently titled final product offers a sonic remedy for our collective maladys.

Today, KCRW is pleased to present the world premiere of the album’s first taste, “Sacude.” It’s essentially the aural form of a Mr. Clean Magic Eraser aimed squarely at bad vibes. Lead vocalist and songwriter Asdru Sierra broke down the track’s wild vision for us:

“‘Sacude’ is a song about shaking off toxicity,” he says. “Poetically it describes how the guy in the band that plays maracas has something strange in his instrument that rattles funny and throws off his groove. The maracas are like an extension of our souls in this case.

At first, a guy in the band that's his friend tells him there’s something off with him. He points out that he is sick with toxicity and he's worried. But he needs to deal with it. Then, during the chorus, the pregones are the maraca player expelling his toxicity.

We all have toxicity in our lives, whether it's from other people or our own addictions or insecurities. Everyone has experienced toxicity. So, we all aim to clean out our maracas to get rid of whatever makes it sound bad to continue grooving.”

You’ll find grooves for miles in this slow burner, complete with all the hallmarks of a classic Ozomatli joint: lively rhythm, playful yet poignant lyrics, and searing solos that extend beyond mere guitars.

Listen to the premiere of “Sacude” below before the track’s worldwide release on March 25, and get psyched for the fact that your official summer kick-back record is on its way.

“Marching On” is due on July 15 via Blue Élan Records.