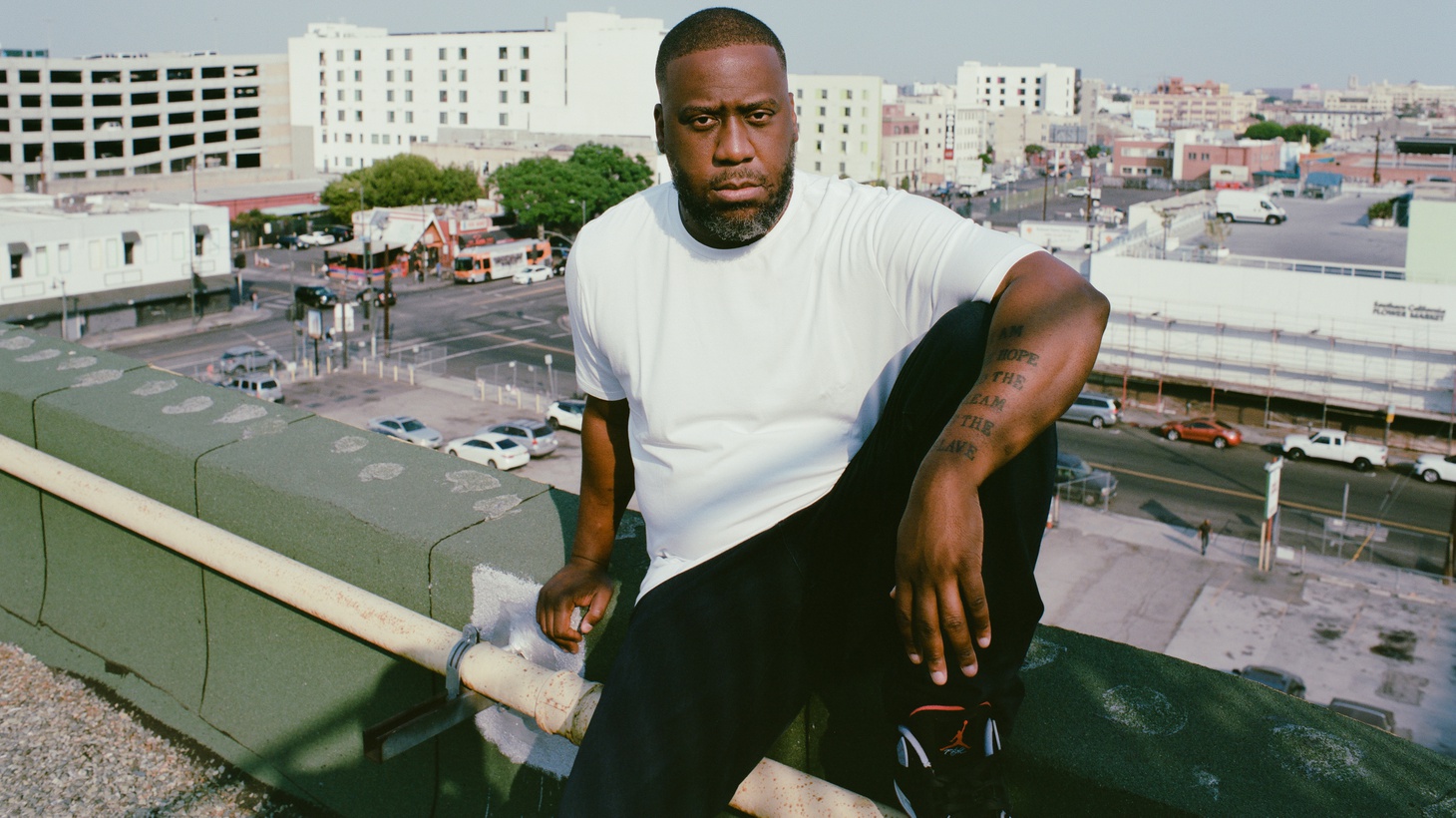 Ten years after releasing his groundbreaking album “Black Radio,” Grammy-winning producer, pianist, and songwriter Robert Glasper is back with “Black Radio III.” The record, out today, is a pandemic-born evolution of the artist’s acclaimed collaborative project, with features including (but are certainly not limited to) Esperanza Spaling, Q-Tip, H.E.R., Musiq Soulchild, Jennifer Hudson, and Killer Mike. At the helm is Glasper, weaving threads of jazz, R&B, hip-hop, soul, and more into a future-forward tapestry all his own.

Glapser, who now calls LA home, stopped by Morning Becomes Eclectic this week as our first in-studio guest in two years (!) to premiere new music and chop it up with hosts Anthony Valadez and Novena Carmel. Their freewheeling and often hilarious conversation takes us inside the making of “Black Radio III,” the importance of saying “eff it,” Glasper’s unabiding love of “Golden Girls,” the untold story of his big shot at the big screen, and much more.

KCRW: And there's a powerful at the start of the new record: “We don't play music. We pray music.” How did this record fall into place? Did you have a plan, or was it magic of the moment?

Robert Glasper: I kind of [had] a plan. I always say the universe co-produces all my albums. I go in with what I want, and then we'll see how much of what I want actually happens, because a lot of things just happen. Because it's just up to the cosmos what’s supposed to happen. But I put the work in and put the things in place so they can happen. Because some people are like “I’ll let the universe do it!” But they're lazy and they don't do their part. No, you have to do some stuff too.

It wasn't supposed to be a trilogy. I did one, and in my mind, that was all I was gonna do. But then we won that Grammy and I was like, “Oh, well, we have to do [another] one.” That's why we did it so fast. Because I was like, “Well, all eyes are on us now. While I'm hot, let me do another.” And then that was it. After that I was like, I’m not gonna do another one. I didn't want to be like Rocky.

But then throughout the years, everybody keeps asking about it. “Where’s part three? Where’s part three?” And during the pandemic, they kept asking [and] I felt kind of an obligation. Because right now, we really need good music. This is the time where I feel like it was my responsibility to give my fans what they want. And at the same time, it was a pandemic. So it was a great time and a terrible time to do an album. So that's one of the reasons why I wanted to do it, because I felt like I should do a record in this pandemic. 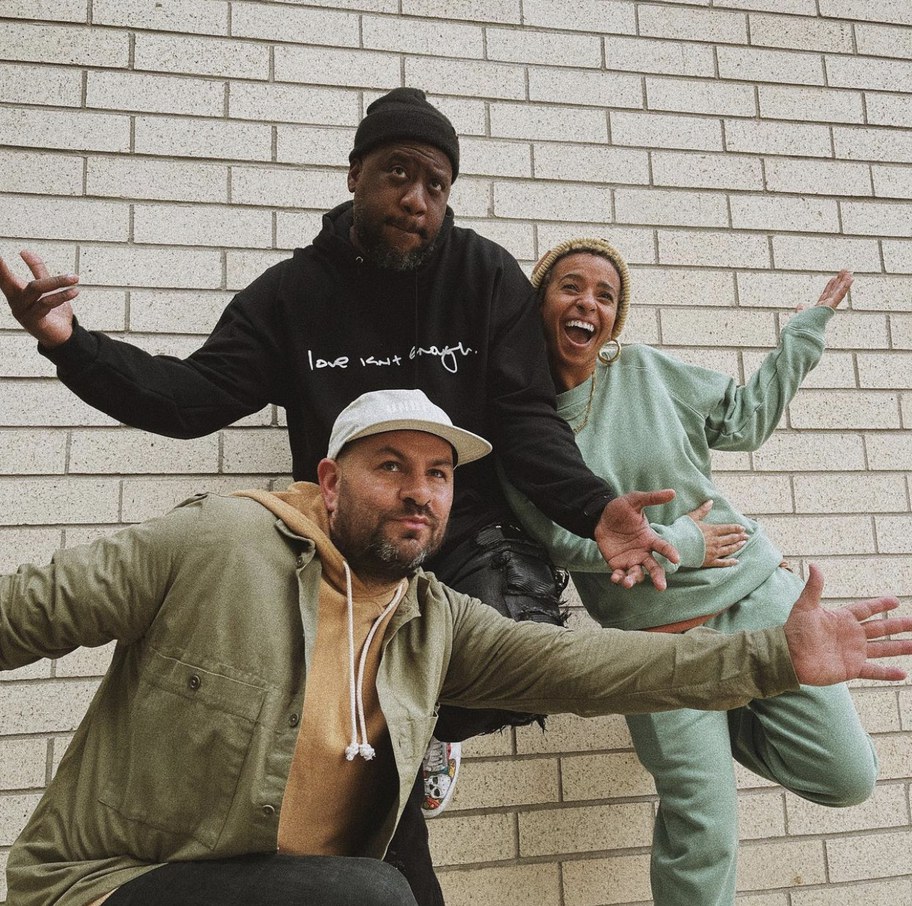 On the first two albums, it just took a few days to make them. People came into the studio and it was a fluid process. How was this process different for you?

No guests in the studio. Getting an artist to get in the studio is a whole thing. Luckily, I have a studio I built in the back of my house with my boy Terrace [Martin], so we didn’t have to deal with studio and pandemic stuff. It was our own rules, we know who's coming in and out, we don't have to worry about anything. And so that made it easier for me. And because of the pandemic, a lot of artists were depressed and didn't feel imaginative, didn't have creativity like normal because they don't know how to be home. People had to learn how to learn how to be home. That's weird! Like, I've never been home for more than a month.

“Black Radio” feels like a reaction to something, and you said in an interview that it's a “middle finger.” To who and to what? And do you still hold that middle finger up high in 2022 with what you're creating?

Absolutely. It's just a middle finger to people who try to put you in a musical box and try to say “You can't do this. You can't do that,” or that you can only do one thing. People always come to me like, “Why do you do this? How do you mix these things?” ‘Cuz it's Black music. It's in my blood. If you're Cuban, you can do rumba and salsa and all these things. Nobody says, “Why are you going from that to that to that?” For me, gospel, R&B, hip-hop, jazz — that's our stuff. That's us. That's my heritage. It’s a big house, we just go room to room.

I feel like you like the f-word too. Because you have that album, literally titled “F*** Yo Feelings.”  Who’s the “eff you” to next? What are you gonna do that's gonna break the barrier?

Who are some of your favorite eff-it heroes?

[Laughs] I love that. That should be a thing. Herbie [Hancock] is an eff-it person to me. Prince. Michael Jackson. Stevie Wonder. .Nina Simone. D'Angelo. Anybody who just broke new ground and did something that didn't really exist before is an eff-it person. I'm not trying to degrade the history or nothing. It’s understanding the history but not being held back by the history. You're supposed to learn from it., and then make your own history, make more history. You're disrespecting history by staying somewhere. That's not how history works.

There are so many artists that you feature on all your albums. Esperanza Spalding and Musiq Soulchild are a couple standouts on the new one. How do you decide who you're going to collaborate with, or who you want to feature on “Black Radio” projects?

I just make a list. And I make a list of too many people, because I know for whatever reason, scheduling or whatever, people are not gonna do it. And then I go from there. Yeah. And then it gets smaller and smaller, and then I have my album.

You also have a lot of collaborations and surprise guests pop up at your shows. I remember one at The Virgil with Dave Chappelle, Terrace Martin, Goapele, Tweet, Don Cheadle. How do those come together?

This is my first time telling the story. I was in LA with Dave shooting “A Star Is Born” because he asked me to be in the movie. I play a club owner. So while I was in town, Terrace was like, “Yo, let's do a pop up at The Virgil while you're here.” I was like, “Cool, late night after my shoot.”

In the movie, there’s a scene where I'm playing the piano in the club and Lady Gaga comes up and sits next to me. And we both play together a blues. And that was supposed to be in the movie, like we did hours and hours of shoot together, me and Lady Gaga on the piano bench. We became best friends for those few hours. So anyway, we did that little thing at The Virgil. And I told Dave about it. And then he hit a bunch of other people. And we just made it like a move. It was a dope night.

Fast forward. They don't tell me they cut the scene. I go to the premiere. I'm suited and booted and super happy. I get there, I'm watching the movie, then he dies. I'm like, “Well, if he's dead, that scene that scene’s probably not gonna show…” and they cut the scene. I was like “Arrgh, my God.” But if you look at some of the videos of some of the songs, they use some footage from the shoot. I'm in some of those videos because they kept some of the shots in there. That was my big shot on the big screen. 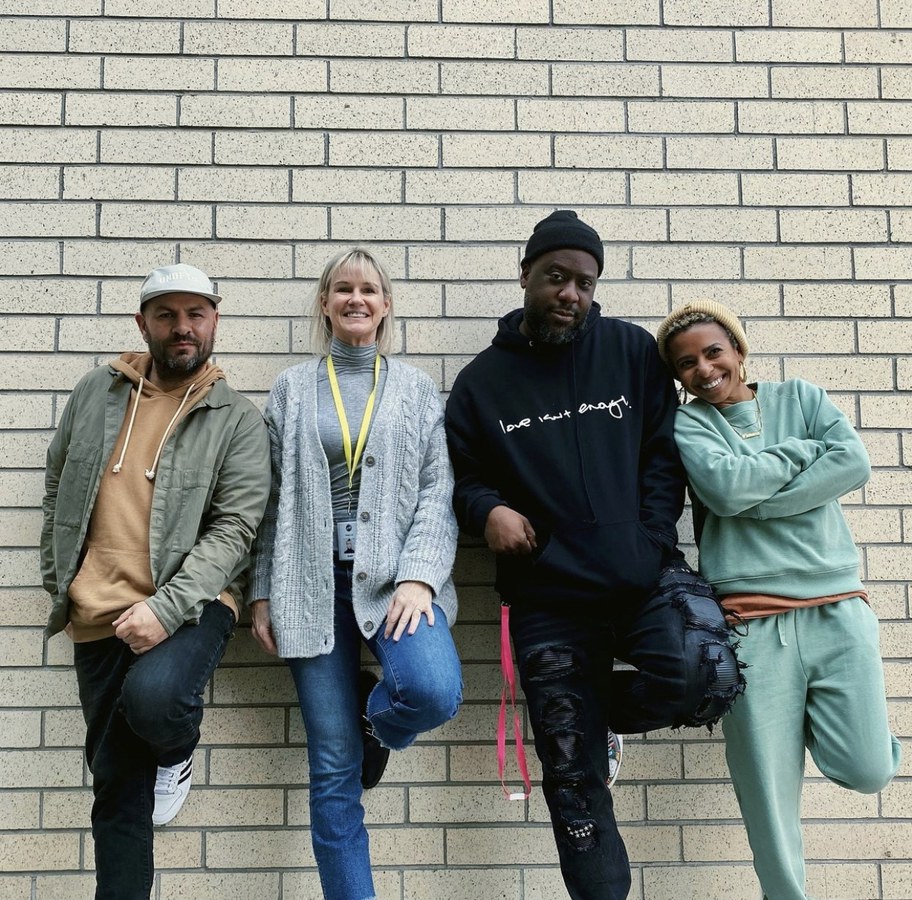 Speaking of live shows, do you ever deal with jazz police telling you what you're doing, or that you're too futuristic, or not jazz enough?

Oh, I love them so much. They're adorable. You know, they're the ones stopping the history. They're the ones making it why jazz isn't as relevant as other music. That's why it’s such a small slice of the pie, because it hasn't kept up with the change, because of the jazz police. It's so funny, when you ask jazz police who their favorite musician is, they'll say Miles Davis. And it’s like, he goes totally against what y'all believe. Very good. The real tradition of jazz is that it changes.

[Plays “Thank You For Being A Friend”]

Absolutely. “Golden Girls.” I'm a “Golden Girls fanatic.” When I was in third, fourth, fifth grade, my grandmother used to give me my bath. And then we would watch “Golden Girls” together, two episodes, while splitting a Bartles & Jaymes wine cooler. We’d watch two episodes of “Golden Girls,” one episode of “Empty Nest,” which was a spinoff, and then go to sleep. And then I’d wake up and go to school.

Which Golden Girl do you most associate with: Sophia, Dorothy, Rose, Blanche?

I love Dorothy. The banter between Dorothy and Rose was the best. Like of all TV shows, when you pick banter, it’s Dorothy and Rose — Dorothy on Rose, really — Martin and Pam, and probably like Red Fox. But I love “Golden Girls.” Rest in peace Betty! 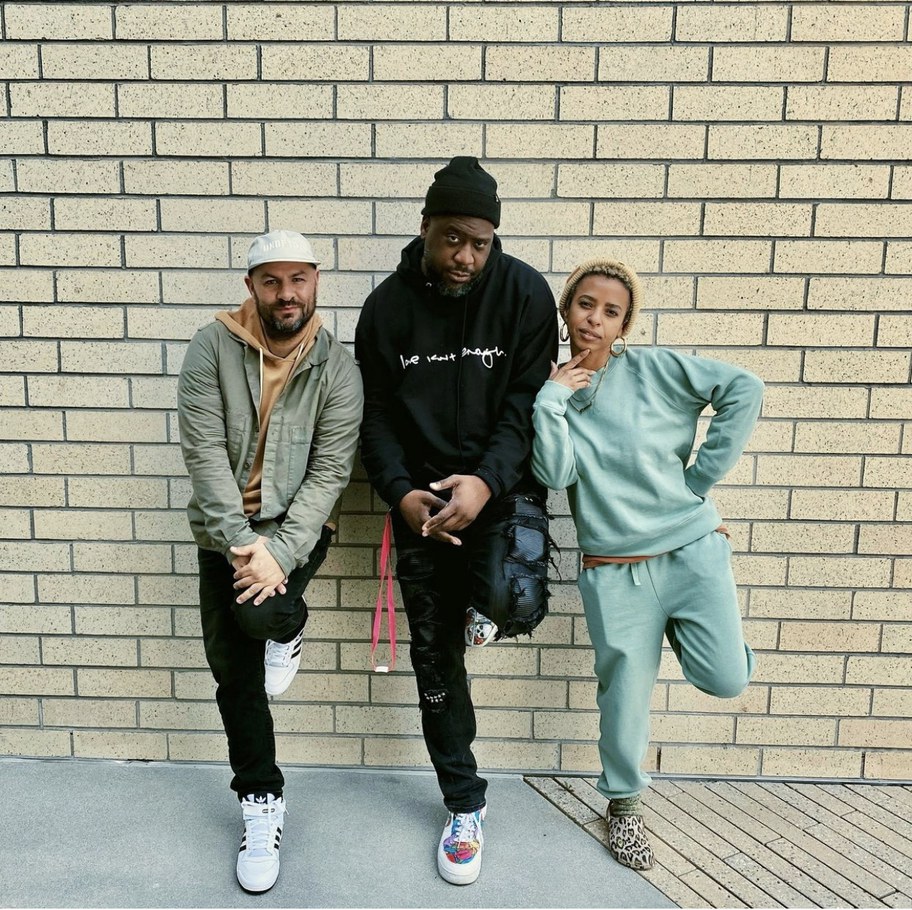