Longtime KCRW favorite Scott Hansen is the creative force behind the critically-acclaimed electronic music project Tycho. He’s developed a distinctive sound over the last decade by intertwining guitars, samples, and synthesizers; crafting entrancing atmospheric instrumentals that are described as “futuristic," “ambient,” and even “transcendent.” Upon hearing a Tycho song, you’ll recognize the musical space Hansen creates for specific emotional experiences.

Whether adding escapist pleasure to any mundane task, or acting as the soundtrack to life’s big moments, the music of Tycho is a perfect companion to your life. Hansen’s creative process involves translating the intangible human spirit into music — this unique skill is at the core of Tycho’s sonic identity.

The San Francisco-based producer, composer, and musician joined KCRW DJ Travis Holcombe in conversation ahead of the release of Simulcast, to talk about his creative process and how the record came to be, along with an exclusive preview of tracks from Simulcast. 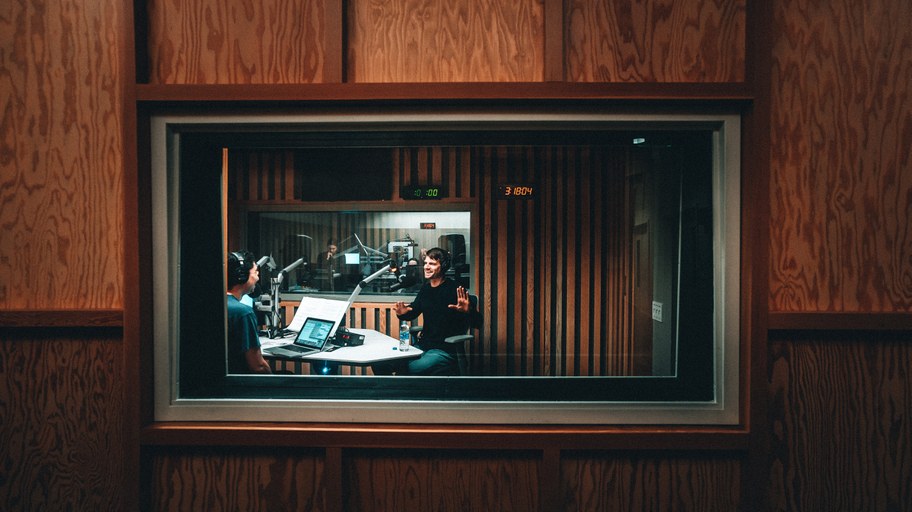 In the interview, Hansen explains how his last record, the Grammy-nominated Weather, played a crucial role in the making of Simulcast. In fact, the artist  considers it a “companion piece”, as many tracks on Simulcast are an instrumental re-imagining of the vocal-laden tracks from Weather. It’s a return to center, a gift to die-hard Tycho fans, a record more reflective of his foundational works.

On Weather, Hansen did something no one ever thought he'd do — he added a new instrument — vocals. Regardless of how fans took it in, Hansen explained that it happened organically, and that it felt like a necessary musical development for the Tycho brand. One that helped inspire his direction on Simulcast.

"My whole career, I always wanted to make a vocal record,” says Hansen. “So once I had done that, it felt like, now, I’m free of that goal... It was basically about distilling those ideas [that inspired Weather] and figuring out what those mean at the core to me and how I can translate those into this other language on Simulcast.”

While talking with Travis Holcombe, Hansen breaks down the Simulcast tracklist with reimagined songs like “Easy” and “Weather”, and giving KCRW an exclusive first listen to new songs “Alright”, “PCH”, and “Stress.”

“I learned more about instrumental music in making a vocal record than I had in all the years prior, making instrumentals,” Hansen says. “It’s this different lens to view the process through, and it taught me a lot about how music communicates, and how if there’s vocals or no vocals, it’s still the same message...”

Hansen, who is also a graphic artist, has created the Tycho brand as both an audio and visual project. The visual design folds in with the music, whether it’s video elements at live shows, album covers, or posters — Hansen creates it all. In the interview, he dives into the personal story behind the covers for both Weather and Simulcast, and how they mirror each other.

According to Hansen, so much of the new record was inspired by his surroundings and his “no stress” approach to finding balance between city life and nature. Specifically, his connection to the Pacific Ocean — where Hansen found solace and peace — that allowed him to make Simulcast.

“For this record it was surfing and being in the water, being up early and reconnecting with nature on a daily basis. I think it’s hard in a city especially when you spend so much time interacting with technology and machines...That’s all Tycho is to me, is trying to translate the feeling you get when you’re in nature into music,” says Hansen.

Simulcast is out Friday, February 28th. Listen to the interview and exclusive preview of all new-tracks from Simulcast.