The Freaks (Only) come out for Folerio’s mysterious Halloween mix Our mane man, Folerio. Photo courtesy of the artist.

Very little is known about Folerio.

He has a long, luscious head of black hair, so perfectly shiny it can reflect light, and has even been known to cause temporary blindness in people who catch the sun’s sheen on it at the wrong angle.

We also know that Folerio is a movie star of sorts, having famously appeared in the 2013 Stones Throw Records documentary, “Our Vinyl Weighs a Ton,” which has been watched by millions worldwide.

While his current whereabouts and activities are not well known, rumors have long swirled of sightings of Folerio and his luscious locks in and around Highland Park, though this has never been definitively proven. Many claim these sightings are just a case of mistaken identity with a local hair model (who is not Folerio).

I had the good fortune of making Folerio's acquaintance outside of Gold Line Bar a couple nights ago, and he gifted me with this mix with strict instructions that it was to be aired on the Friday before Halloween. I was so awestruck — hypnotized, even — by the shimmer of his hair that I was powerless to resist. 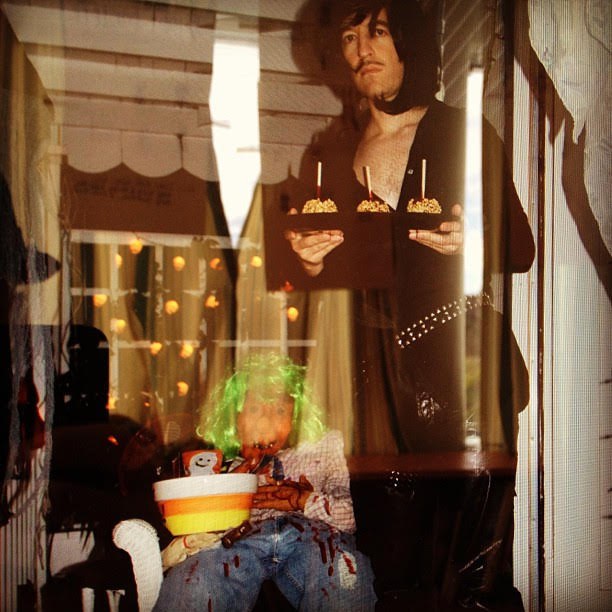 Folerio: Who is he? Photo courtesy of the artist.