Watch: Tolliver takes us to ‘Daddyland’ with a live FREAKS ONLY performance Tolliver gets extraterrestrial on the inaugural FREAKS ONLY live session. Photo by Travis Holcombe.

Tolliver is a man of many hats.

For the past few months, he's been busy embracing the gamut of “slash career” opportunities that LA has to offer as a singer, journalist, actor, host and curator of the multimedia Exotic Fruits Festival, not mention a junket interviewer, mentor at the Boyle Heights Arts Conservatory, radio DJ, commercial director, barback, and video editor.

"When I list it all out, I actually worry about myself," says the alt/future-R&B artist, half-jokingly. “That's a lot of stuff.”

For the cover of his new EP “Daddyland,” Tolliver also dons yet another hat — a cowboy hat — as a nod to his father's love of Western films and country music. The influence goes beyond the aesthetic, as well, as newly-learned revelations about his father's life as a preacher in Chicago inspired the thematic bedrock of the new record.

Tolliver’s stopped by FREAKS ONLY for an exclusive live performance to celebrate the EP’s Nov. 19 release and chat about creating the record, balancing darkness, and alien theme songs.

KCRW: What was the genesis of this EP?

Tolliver: It started because I talked to my brother on the phone. We've been reconnecting over the last couple years, after having not spoken for a decade. He [said], our dad was doing all this wild stuff in the church, sleeping with [other] people's wives.

It kind of got rid of all that shame that I felt toward him through the astral plane, because he died when I was 11. So this project started from that, and I knew immediately I was gonna call it “Daddyland.”

Go into that a little more.

I'm hoping people don't read too many Freudian things into it, but it's because it's about my father… but also, just sounds gay. I started writing songs that were literally about him. But they weren't great because I write my best when I'm just writing about my life and what just happened - the immediacy of life. But those songs about my father were very on the nose.

And so I kind of pulled back a bit and I was like, “Well, let me just write songs like I normally write them and I'll just have him in mind as I write the songs.” So there are references to him. like in "Death Back To Birth" — "I can see my daddy / He don't look so happy" — and I think "Gravy" has one as well.

Is it safe to say that "Death Back To Birth" is one of your more personal tracks? I feel like the sketches I know about your personal life, you're pouring a lot of it into that track.

I hesitate to get dark, because I'm in a good mood and I genuinely am feeling positive, but it was like, wouldn't it be so sick to be dead?

The subject matter is dark and you're being very thoughtful about it, but you're also cracking jokes, which I think is one of the great things about your approach to writing. You're able to balance both.

Thank you. Yeah, I do think that's one of my trademarks — darkness and humor. And honestly, that's how I am as a person. I'm always being silly, but then if you talk to me at a certain hour, I'll be like, “Well, listen to my hopes and dreams,” you know? That kind of thing.

One of the songs that you performed on your FREAKS ONLY session was a cover of TV On The Radio. Why did you pick "Wolf Like Me"?

I just listened to church music when I was growing up, and that song was one of the first songs that really opened my mind to a lot of different kinds of music. I was coming from the ‘hood, so it was just like Black, Black, Black for the most part. So it was this Black dude [TVOTR singer, Tunde Adebimpe] doing something that I had never heard before.

I never knew the lyrics to that song at the time, and I still technically didn't until we did the cover. But you could feel it in the performance, this person is hanging on by a thread, or something's going on really intense, and that really came through.I play that song all the time. And I've watched that Letterman performance [on YouTube] a million times. I've read every comment on that performance. And so I just really wanted to do it.

I didn't even know how I wanted to change it, and then Jake [Bowman, who produced “Daddyland” and also produced, engineered, and played bass on the FREAKS ONLY performance] was like, “How about this?” And I was like, “Absolutely!” It sounds really good. if I do say so myself.

Is there a song of yours that you feel like has been unfairly slept on?

Yes, there is, and it's called "Say What!". I think "Say What!" is an absolute banger. I'm so proud that I made that song. That was from the first session I had with Jake, and now Jake has produced the whole EP. We were doing that for TV and commercial licensing and it took us like, I swear to God, 30 minutes max to write that song. It was like it was writing itself.

I'm proud of most of my music, [but] that's the one where I'm like, almost borderline arrogant. That song is hot. And I genuinely think that at some point in the future, the aliens are gonna come back and be like, "This was hot," and make it their alien theme song. 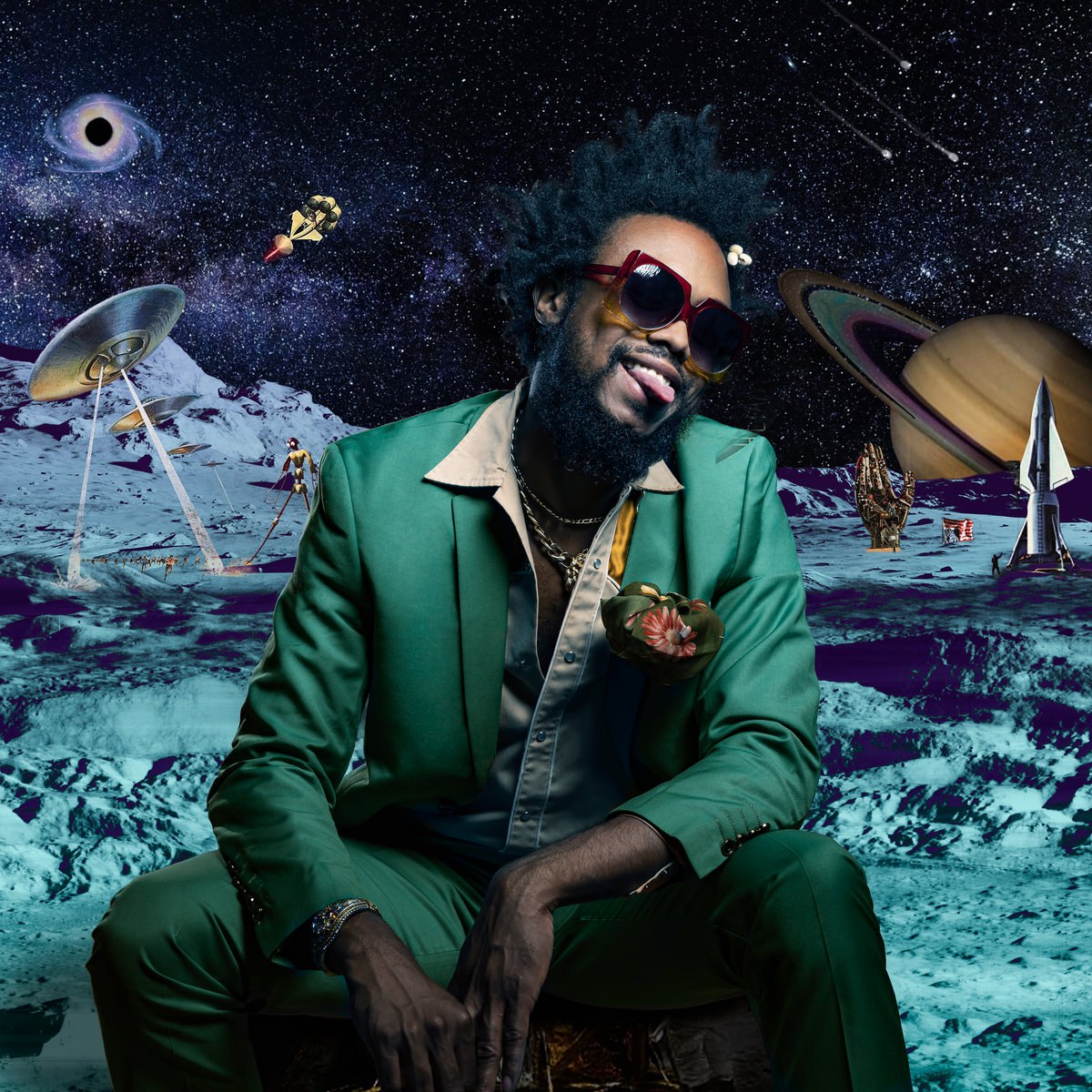 Tolliver on the “Death Back To Birth” single cover. Photo courtesy of the artist.

“Daddyland” is out now and contains at least five future extraterrestrial classics.

For all things Tolliver, including live shows, funny tweets, and IG stories, head over to @Tolliv3r on Twitter and Instagram.

This inaugural FREAKS ONLY live session was produced and engineered on site by Jake Bowman and filmed by Cassie Hunter.