Is it the end of an era for LA’s only affordable housing for artists? Eva Pietraszak at her art studio. Photo by Anna Scott.

Every week, dust blows through the windows of Eva Pietraszak’s maze-like loft from a concrete recycling plant next door. It coats the furniture and the brightly colored paintings that hang on every wall. At night, a train runs past her bedroom window. She doesn’t have air conditioning or heat. But Pietraszak, a painter and sculptor, says the conditions are worth it in exchange for more than 1,000 square feet of space, 20-foot ceilings and $1,300 a month rent.

“These are some things that we are willing to deal with because we love the space,” said Pietraszak, who shares her home with a roommate. “We love the community.” 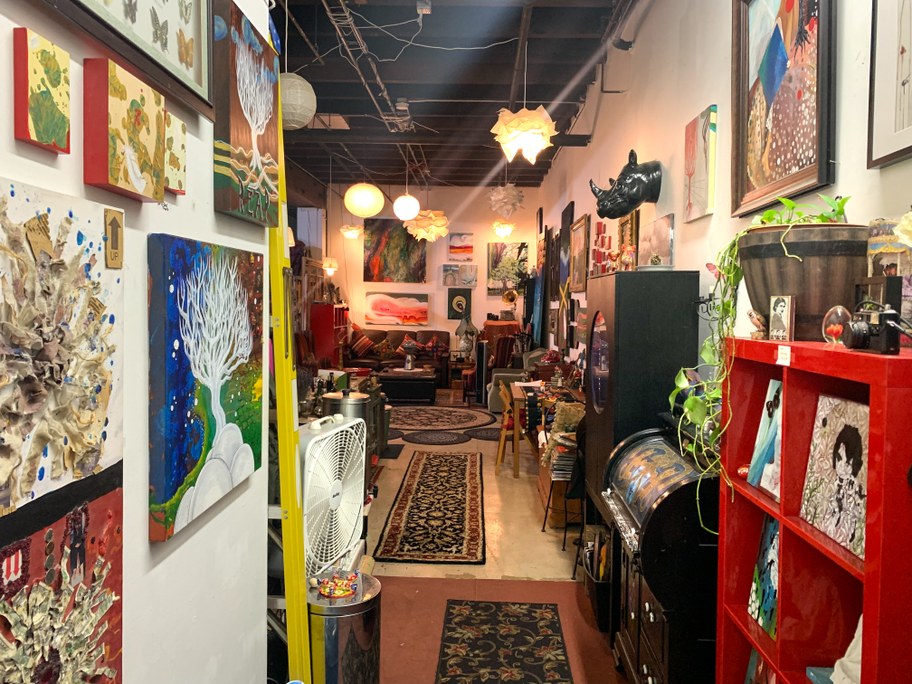 She lives at the Santa Fe Art Colony, a complex of 57 live-work units in an industrial area south of L.A.’s Arts District. The property, a former terry cloth robe factory, was converted into low- and moderate-income housing for artists in 1986 under a 30-year agreement with L.A.’s now shuttered Community Redevelopment Agency. That agreement was supposed to expire in 2016, but the low rents ended up being extended into this year. Now, property owner Fifteen Group (based in Miami) has given notice that rents will finally increase on Nov. 1, in some cases more than 100%. It could mark the end of an era for a property that’s been largely insulated from the economic forces that have brought wine bars, trendy restaurants and million-dollar condos to the nearby Arts District in recent decades.

“It's a tremendous loss on a personal level,” said Sylvia Tidwell, head of the Santa Fe Art Colony Tenant Association, whose rent is scheduled to jump from $1,426 to $4,493 per month. “But beyond that it’s a loss to the city and the community and the culture.”

The Santa Fe Art Colony was the city’s first publicly subsidized artists’ housing. When it opened, it included 14 market-rate units and 43 rent-restricted residences. Francesco Siqueiros, a painter, printmaker and teacher, was one of the first to move into an affordable unit. He recalls submitting a portfolio and putting himself on a waiting list.

“I just so happened to be one of the persons to be able to win the jackpot,” he said. Previously, he’d been living in a 200-square-foot room at the nearby American Hotel. “Getting a place like this…seemed to be a great deal for sure.” 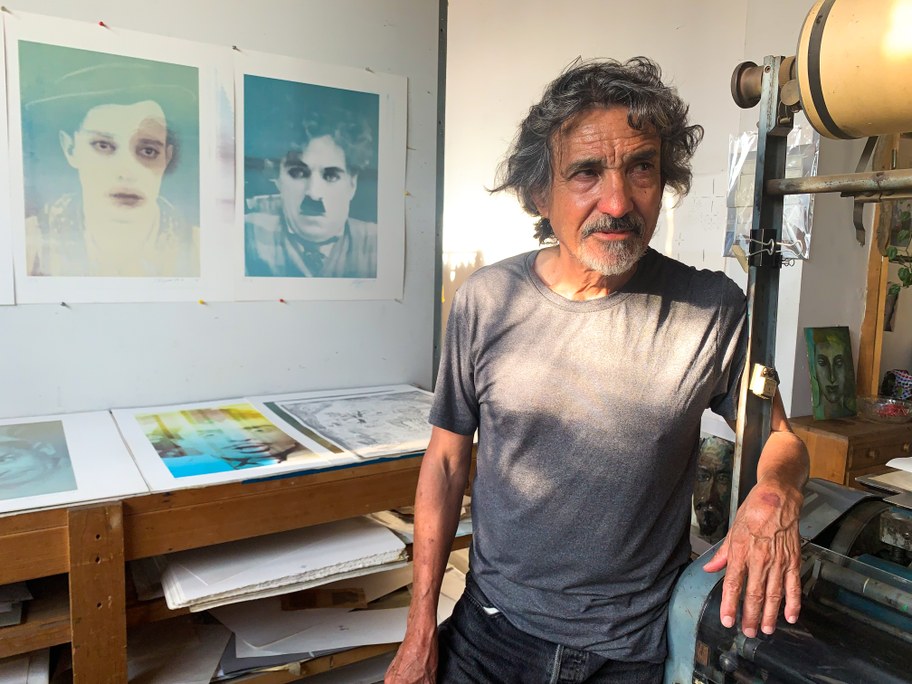 The 30-year rent restrictions were scheduled to expire in 2016, but were extended into 2017 after the city determined that the owners hadn’t provided proper notice to tenants. When new owners purchased the building for $15 million and indicated they would be raising rents to market rate, city councilmember Jose Huizar (whose district includes the Arts Colony) helped negotiate another extension. The new owner, Fifteen Group, ultimately agreed to keep existing rents for the 43 restricted units through Nov. 1 of this year.

The scheduled increases also vary. Siquerios says he was able to negotiate his new rent to $1,100, which he can afford. Pietraszak expects her rent to go up by $600, which she says will be a stretch, even though she has a roommate and works multiple jobs, including as a full-time high school teacher.

“I drive for Lyft, and I'm also probably going to go back to doing some security, which is what I did in college,” she said. “I grade papers until 3 o’clock in the morning as it is, so it's gonna be interesting. “

Fifteen Group did not respond to interview requests. 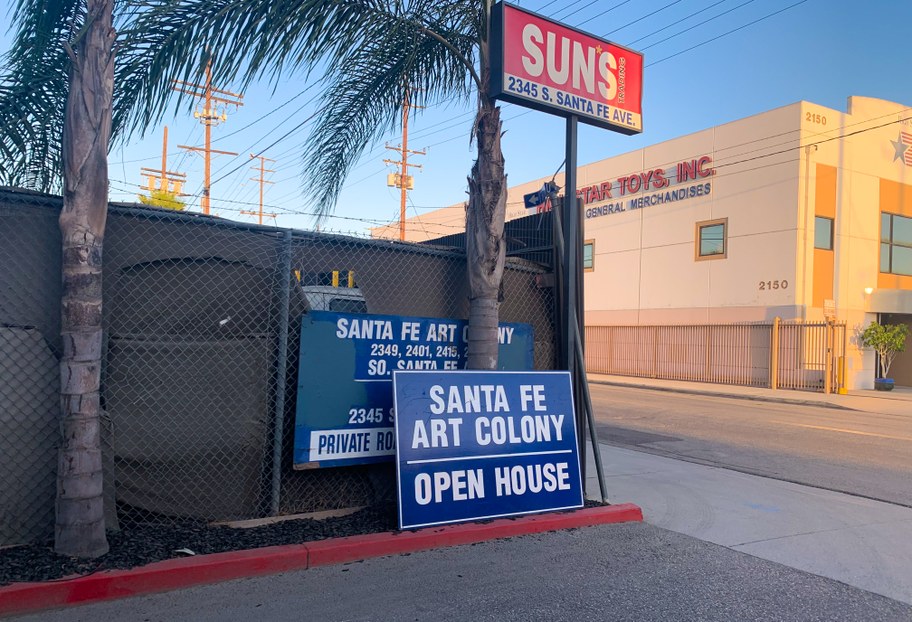 The Santa Fe Art Colony isn’t the only property in the city facing expiring affordability restrictions. In the next two years, more than 11,000 apartments around L.A. are expected to go from rent-restricted to market-rate, according to city documents. City Council Housing Committee Chair Gil Cedillo calls the coming wave of expiring covenants “a tsunami.”

“It’ll be a setback for all our efforts to build affordable housing in the city,” he said.

The city’s Housing and Community Investment Department is looking into ways to preserve affordability at properties with expiring contracts. In the meantime, individual City Council members have negotiated with owners in some cases on a project-by-project basis.

In an emailed statement, a spokesperson for Huizar indicated that his office has already done all it can for tenants at the Santa Fe Art Colony.

“The Santa Fe Art Colony is an integral part of the Arts District and Downtown Los Angeles,” the statement said. “Regardless of what is legally permissible, preserving these units as affordable is the right thing to do. It is our hope that the owner of the Santa Fe Arts Colony will do everything possible from this point to help keep artists in the community.”

The Santa Fe Art Colony Tenant Association is pursuing one somewhat novel option: buying the property. Working with a Bay Area nonprofit, Safer DIY Spaces, the association made an offer to purchase the Art Colony from Fifteen Group for $16.8 million. However, they’re still working on cobbling together financing, which would come by partnering with one or more outside entities, such as an affordable housing operator or philanthropic arts organization.

Members of the Tenant Association are counting on a California law that requires owners of properties with expiring rent restrictions to entertain purchase offers from housing nonprofits, tenant associations and certain other potential buyers that want to maintain the low rents. So far, however, Fifteen Group has not responded to their offer.

The tenants might get a reprieve from City Hall in the meantime. The City Council this week is expected to vote on a proposal to ban all rent increases in the city until Jan. 1, 2020. 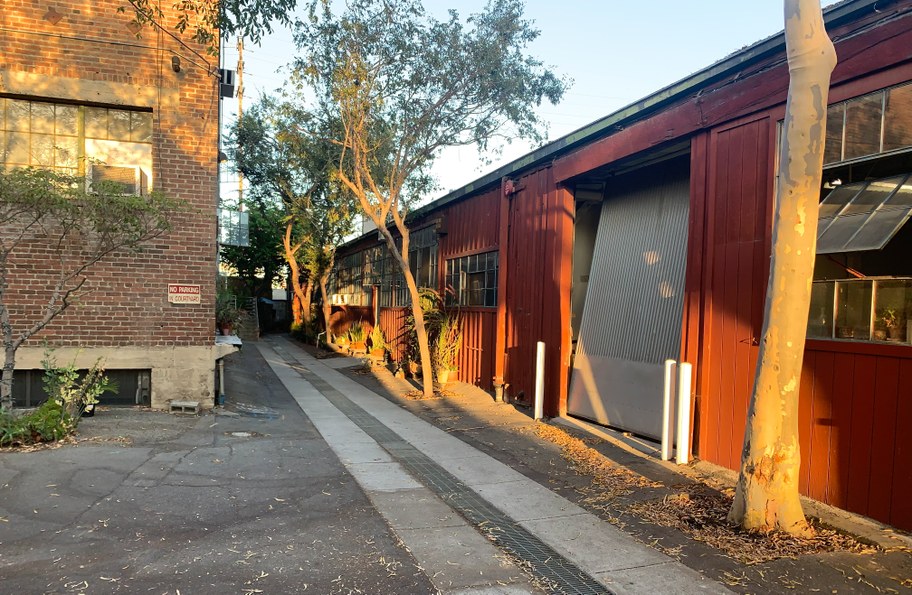 The exterior of the Santa Fe Art Colony. Photo by Anna Scott.

Is it the end of an era for LA’s only affordable housing for artists?

Every week, dust blows through the windows of Eva Pietraszak’s maze-like loft from a concrete recycling plant next door. It coats the furniture and the brightly colored...

There are plenty of authors living and working in Southern California. And there is one small but thriving independent publishing company: Red Hen Press. It’s about to...

There’s a lot of excitement about the Lakers and the Clippers, who are facing off tonight at the Staples Center. Both teams picked up big players and are considered...