An East LA interchange through Boyle Heights is seen in the 1960s. Photo by Caltrans 1962.

LA’s freeway system consists of 527 miles of roads. These twelve long ribbons of asphalt and concrete connect us to the people and places of this great region. But they also pollute and divide neighborhoods — a history that’s been revisited in the current news cycle and manufactured into a political debate. “Freewaytopia” is a new book that explores how freeways shaped Los Angeles — for better and for worse.

“[Los Angeles is] the intertwining of celebrity and freeways. They are kind of the cathedrals of our city. They are these sexy landmarks, world-famous, and they help define Los Angeles,” author Paul Haddad tells KCRW. 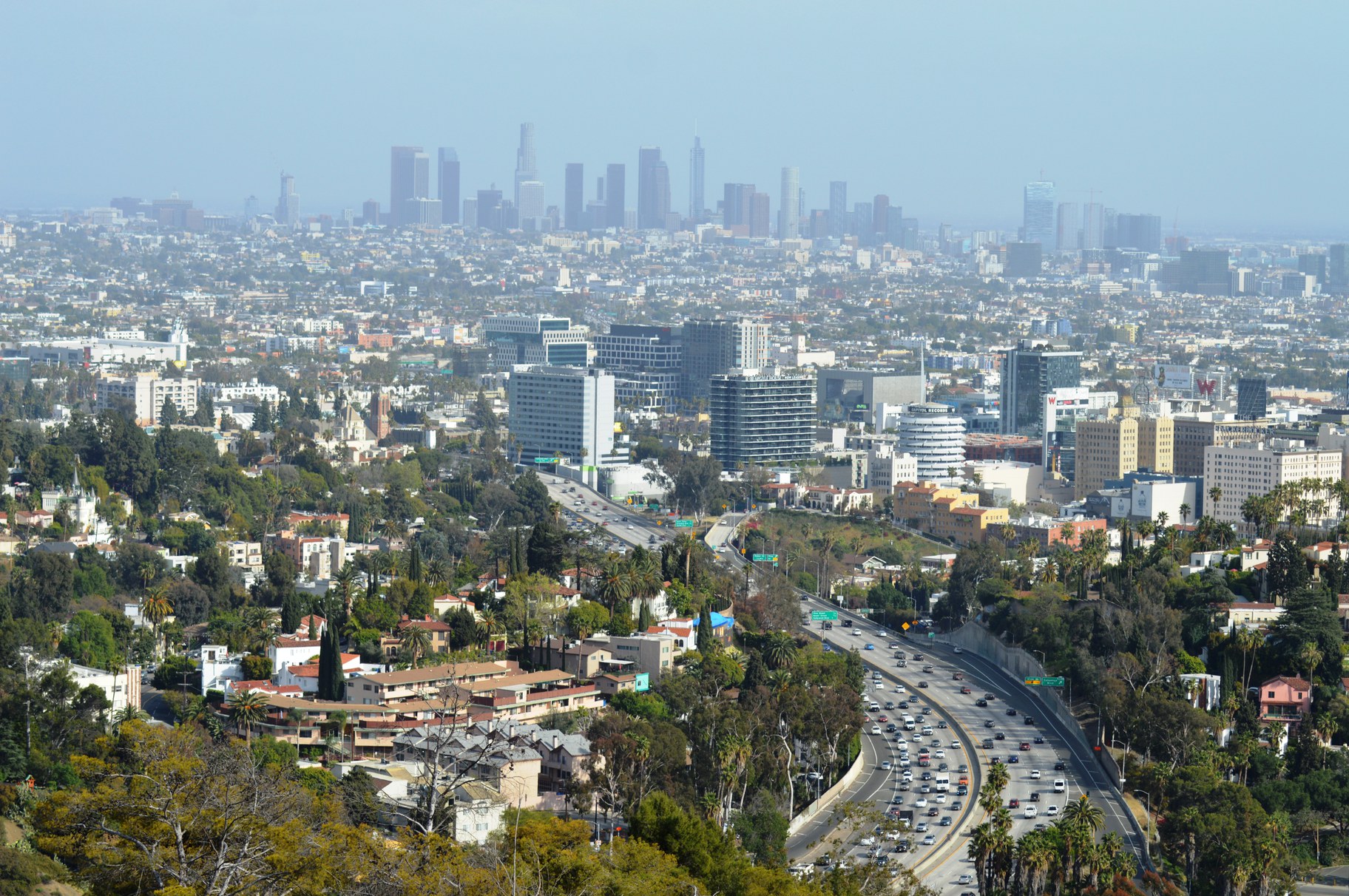 An aerial view shows the 101 South. Photo by Paul Haddad.

Haddad argues that each freeway has its own personality. “They take on these personalities that are reflective of the motorists driving through or of the neighborhood. And there's kind of an emotional validation loop between motorist and motorway.”

He uses the example of the patch of the 405 that runs through the Sepulveda Pass. “We all hate the San Diego Freeway because it's the busiest freeway in the nation. And therefore everything about it is big. … It's got big nicknames that we attach to it, like Carmageddon.”

In other circumstances, Haddad says freeways can take on more positive connotations. “You've got the Harbor Freeway and the Golden State Freeway. These are workhorses. These are freeways that are like ‘Your buddy's got a pickup truck, and he'll move all your stuff for you for just a couple of six packs,’ right? And there's a lot of trucks, and they rely on a lot of conveyance of freight and goods. And so those are your dependable freeways.” 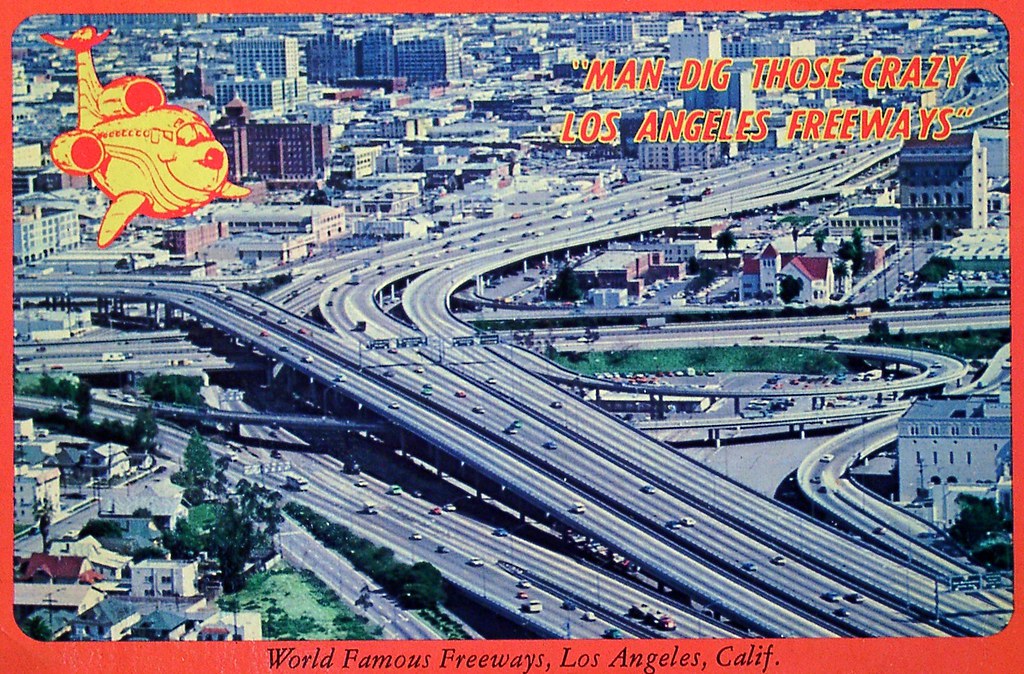 The racist legacy of LA’s freeways

Haddad acknowledges that although freeways are inanimate objects, they can represent racist policies.

“That's what we are having a reckoning with. And even Caltrans, the California transportation group here that designs and manages the freeways, they put out a statement at the end of last year saying and acknowledging that there is a disproportionate burden put on minority communities, and that [freeways] have disrupted [those] communities more than affluent neighborhoods,” Haddad says.

He uses the example of the Beverly Hills Freeway that would have started at the 405, run alongside Santa Monica Boulevard and connected with the current 2, the Glendale Freeway. It was never built.

“I think when you talk about inequities with infrastructure and freeways, you also have to look at where a freeway is not built,” Haddad says. “And certainly the Beverly Hills Freeway, going through the Westside was not built because there were enough people, powerful people, to oppose it, and ensured that it didn't go through their neighborhood.” 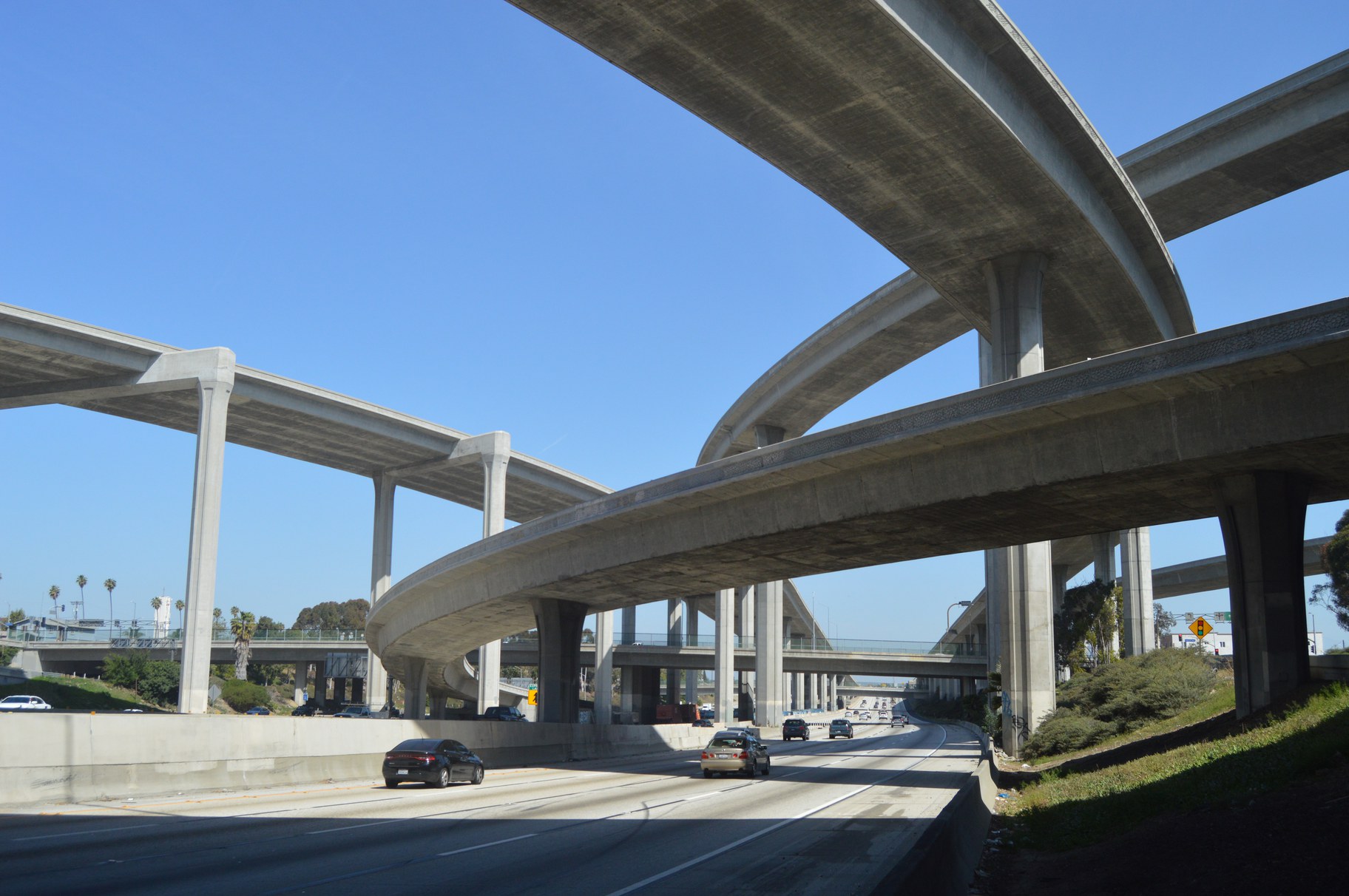 While writing “Freewaytopia,” Haddad says he learned more about the displacement of Angelenos of color. He says that many Black communities in Crenshaw, South LA, and Santa Monica were ripped apart during the building of the 10 Freeway.

“Over on the west terminus of the Santa Monica Freeway, there were a lot of Black families that could not find other housing,” he explains. “It wasn't just that they're displaced through eminent domain of the freeway going through, it's just that also they couldn't find other housing because of the remnants of redlining. And they had to turn to the Fair Housing Council to try to alleviate that issue.”

Where do we go from here?

Amid calls to ditch personal cars for public transportation and other eco-friendly alternatives, Haddad says it’d be difficult to decommission freeways in their entirety in LA due Angelenos’ reliance on them. But he says there is work to be done in easing congestion and repairing neighborhoods that have been ripped apart by freeways. He points to the potential of building cap parks above submerged freeways such as a patch of the 101 in Hollywood.

“A greenbelt there would cost upwards of $1 billion. But … look at the benefits, both health and mental, that would be afforded to the people in these very dense neighborhoods in the Hollywood area,” he explains. “It would be great if there were environmental impact reports that we could start generating for some of the submerged freeways through dense areas of Los Angeles.” 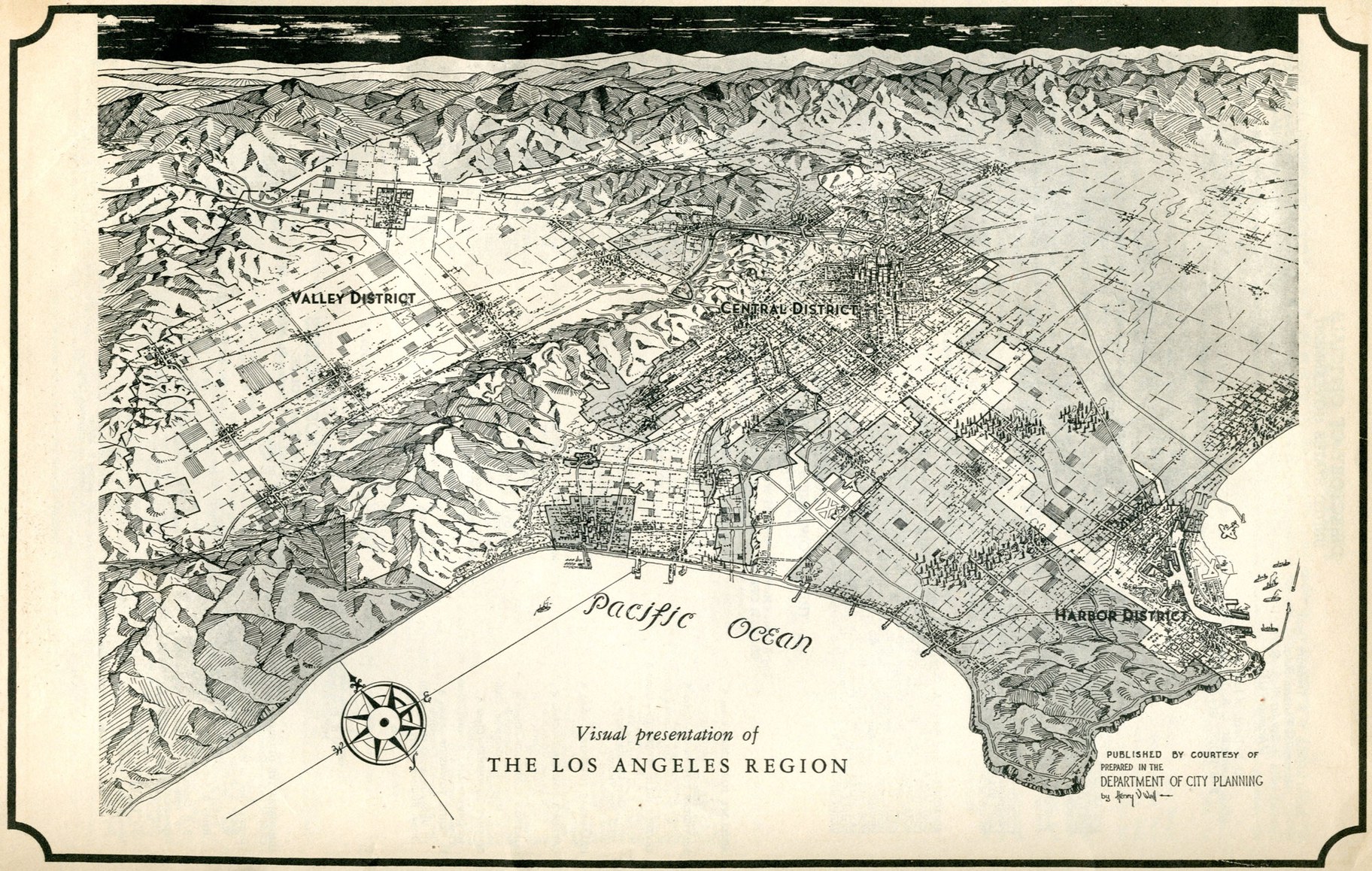 This map shows LA in 1949 without freeways. Photo by LA Department of City Planning.