Tens of thousands of pro-Armenia demonstrators crowding Wilshire Boulevard in Beverly Hills near the Turkish consulate on October 11, 2020. All photos by Benjamin Gottlieb.

For weeks, pro-Armenia demonstrators have donated their money, packed church parking lots, and shut down traffic on city streets across Los Angeles County. They are protesting the ongoing, violent conflict in Nagorno-Karabakh, a mountainous region in the Caucasus mountains.

The fighting pits Armenia and the self-proclaimed Republic of Artsakh against the government of Azerbaijan, which claims the territory for its own and points to several United Nations resolutions as justification for current hostilities. The conflict, which has simmered just above the surface since the mid-1990s, erupted in recent months to levels not seen since the fall of the Soviet Union. Both sides in recent days have agreed to a ceasefire, but it appears to be fraying.

In the meantime, Armenian-Americans across LA continue to protest. On Sunday, tens of thousands of demonstrators shut down a stretch of Wilshire Boulevard in Beverly Hills near the Turkish consulate calling for an immediate end to the conflict. 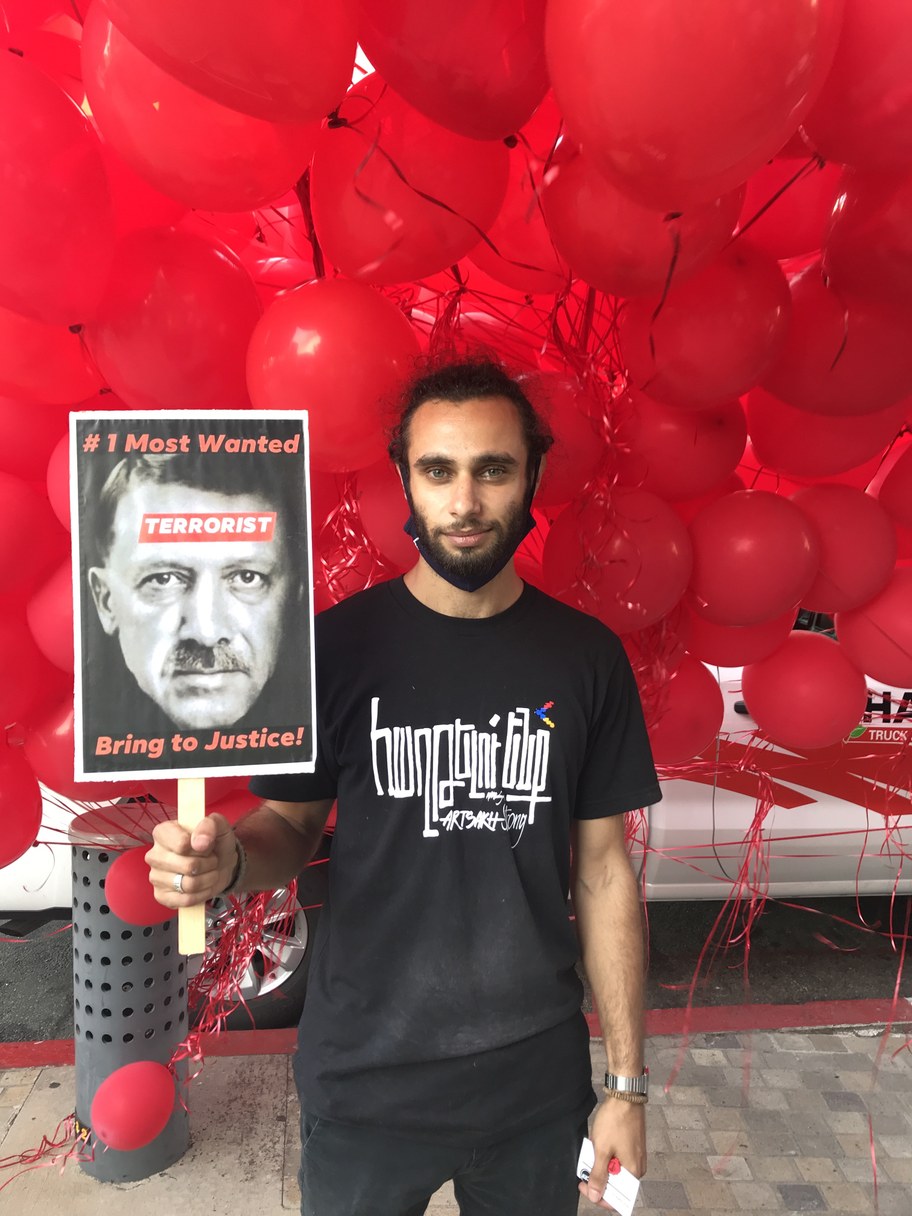 Levon Abrahamian holds a sign demonizing Turkish President Recep Tayyid Erdogan behind a backdrop of red balloons. He and fellow organizers blew them up and passed them out to demonstrators outside the Turkish consulate on October 11, 2020. Photo by Benjamin Gottleib/KCRW.

“This is a continuation of the Armenian Genocide,” Levon Abrahamian, an Armenian-American activist, said. He and some friends passed out red balloons to rally-goers signifying the Turkish flag and “blood on the hands” of Turkish President Recep Tayyip Erdogan. “They are trying to ethnically cleanse us. But Turkey is trying to be sneaky about and use a puppet regime from Azerbaijan to do it.”

Turkish aggression continues to be a sore subject for Armenian-Americans in LA - home to the largest diaspora - given Istanbul’s refusal to acknowledge the Armenian Genocide. Turkey has also been accused of providing support to Azerbaijan in ways not seen in decades. 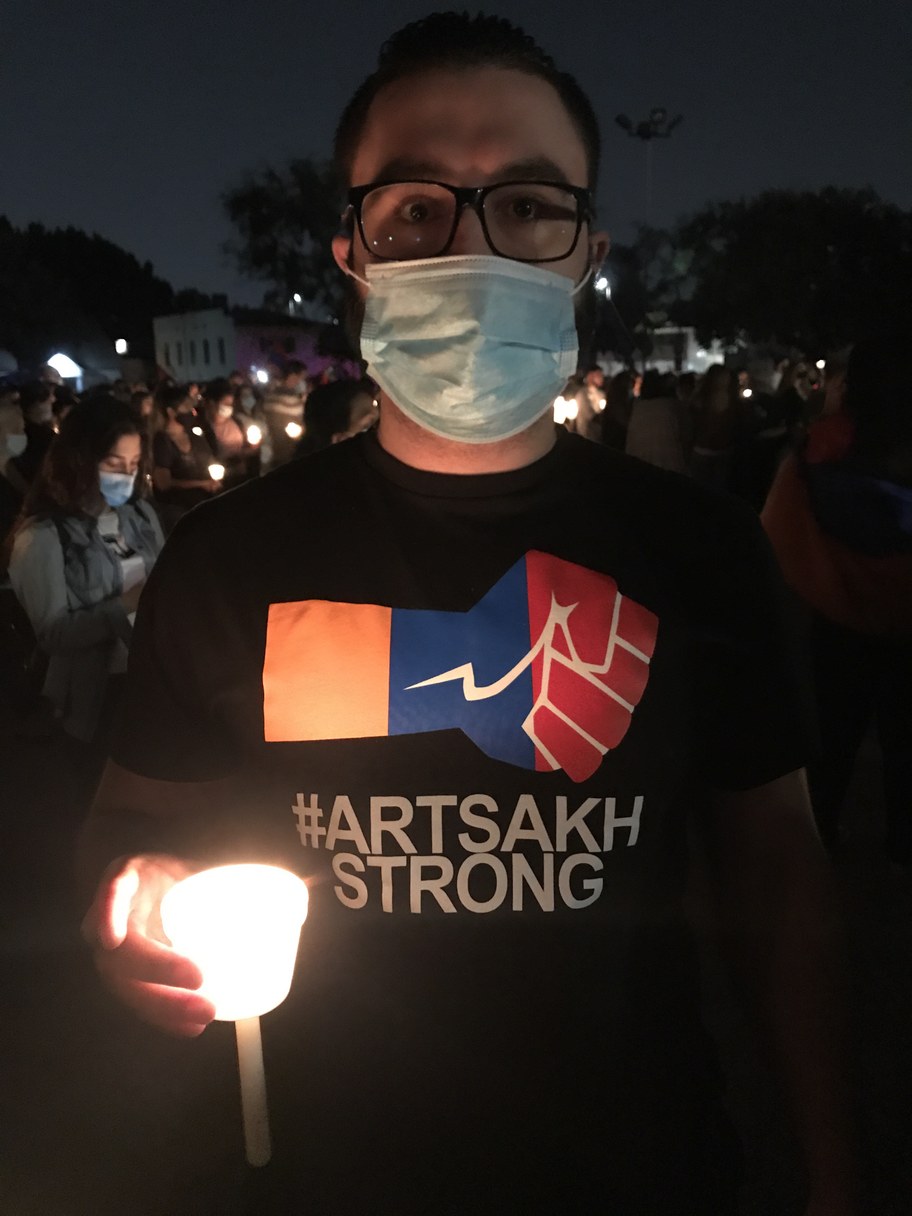 David Mahagyan at a candlelight vigil at St. Mary’s Armenian Apostolic Church in Glendale on October 8, 2020. He and his friends have been designing sweatshirts with pro-Artsakh messaging to sell in Los Angeles, with the goal of sending the proceeds to Armenia.

As for the current conflict, Abrahamian sees the fight in Nagorno-Karabakh through an ethno-religious lens; nearly all of the roughly 150,000 people that call the region home are Christian and ethnically Armenians. Azerbaijan is predominantly Shia Muslim and the Azerbaijanis are ethnically Turkic peoples. 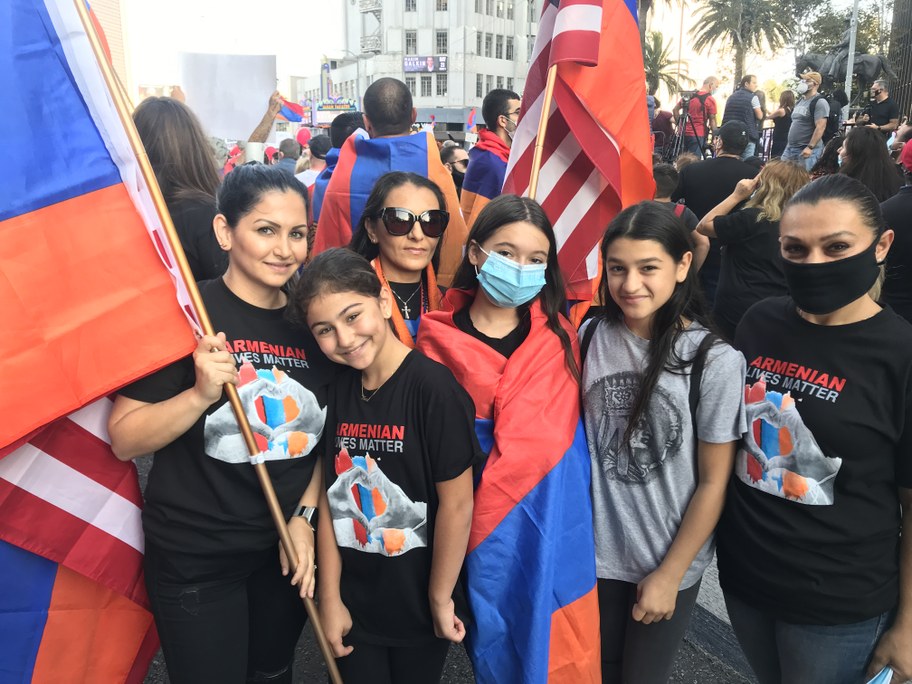 Jasmine Tatoyian (far left) and her daughter Noram (second from left) wearing shirts with the slogan, ‘Armenian Lives Matter’ during a demonstration outside the Turkish consulate in Beverly Hills on October 11, 2020.

But Nasimi Aghayev, the Azerbaijani consul general for the Western United States, said the dispute is about land and borders, not race or religion, and that the ethnic Azerbaijani’s that used to live in this area have been displaced.

“If we start revisiting historic issues, we will go nowhere,” Aghayev said. “What matters today is that Azerbaijan has internationally recognized borders. Azerbaijan is defending its own territory, its own land and its own people on its own soil.” 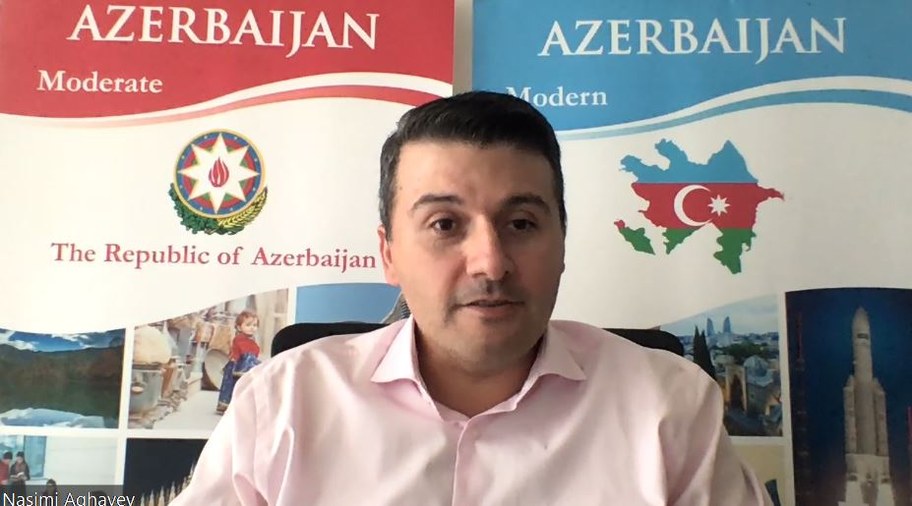 Nasimi Aghayev, the Azerbaijani consul general based in Los Angeles, has been the spokesperson for Baku in the United States. He says Armenian-American organizations are painting a distorted picture of the conflict. 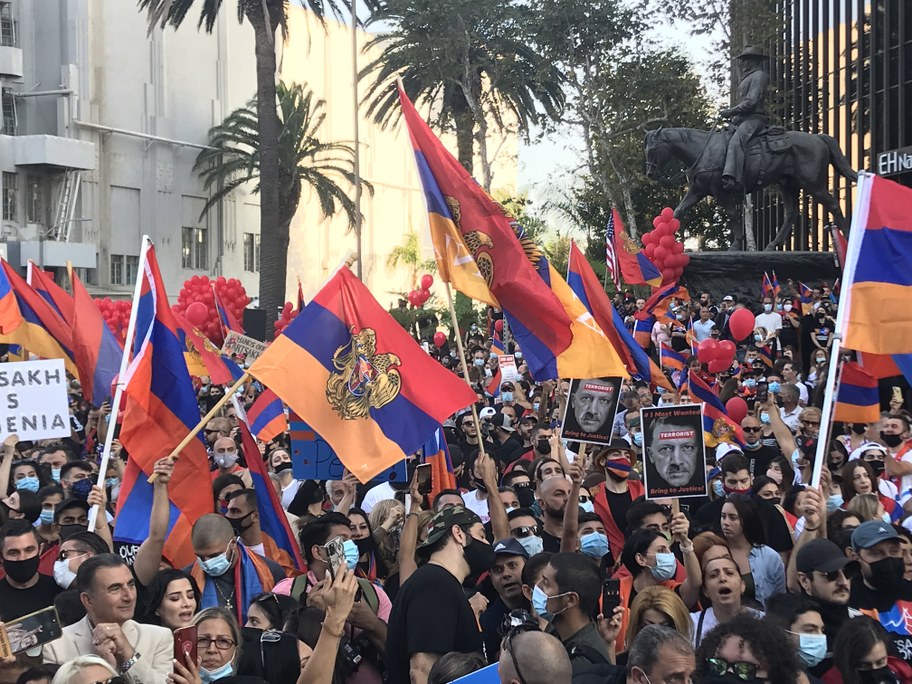 Protesters waving flags of Armenia and the self-proclaimed Republic of Artsakh during a rally near the Turkish consulate in Beverly Hills on October 11, 2020.