A recent Sesh in downtown LA. Photo by Jenna Kagel/KCRW

California medical cannabis patients who can’t afford the new high prices of legal cannabis under Proposition 64 are turning to unlicensed weed farmers markets, fueling an underground economy that thrives against the wishes of state authorities and licensed dispensaries.

The state’s legal cannabis market is on track to hit $3.1 billion in sales this year. But the thriving unlicensed market is expected to be far larger, at an estimated $8.7 billion. A good chunk of that unlicensed cannabis is sold directly to patients at events known colloquially as “Seshes.” 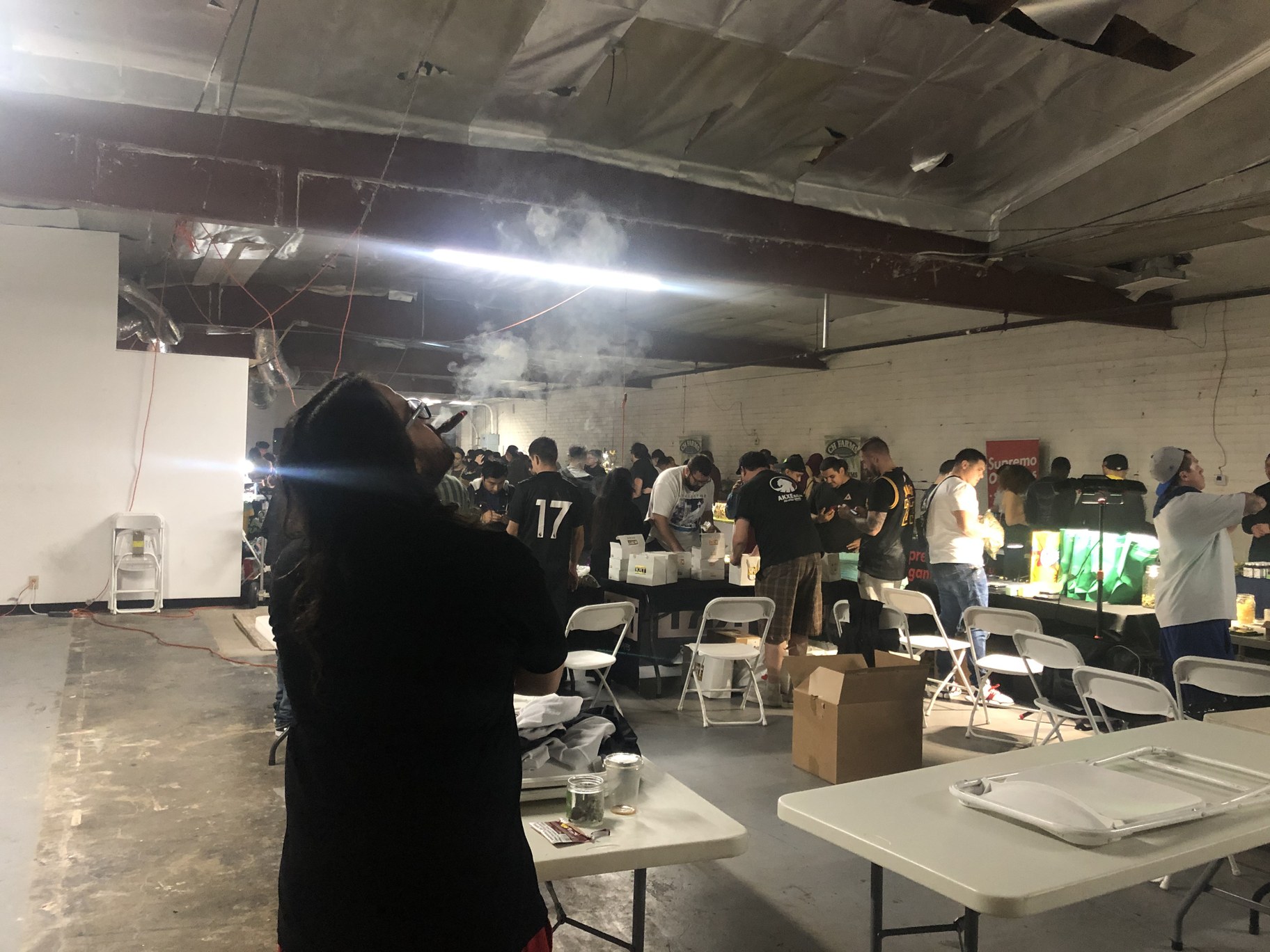 In downtown LA, there’s a Sesh that happens weekly at an ever-changing location. There, you can find dozens of  unlicensed cannabis vendors offering cannabis flowers, concentrates, vapes, and edibles. Customers can often speak directly to the cultivators, and make their purchases. 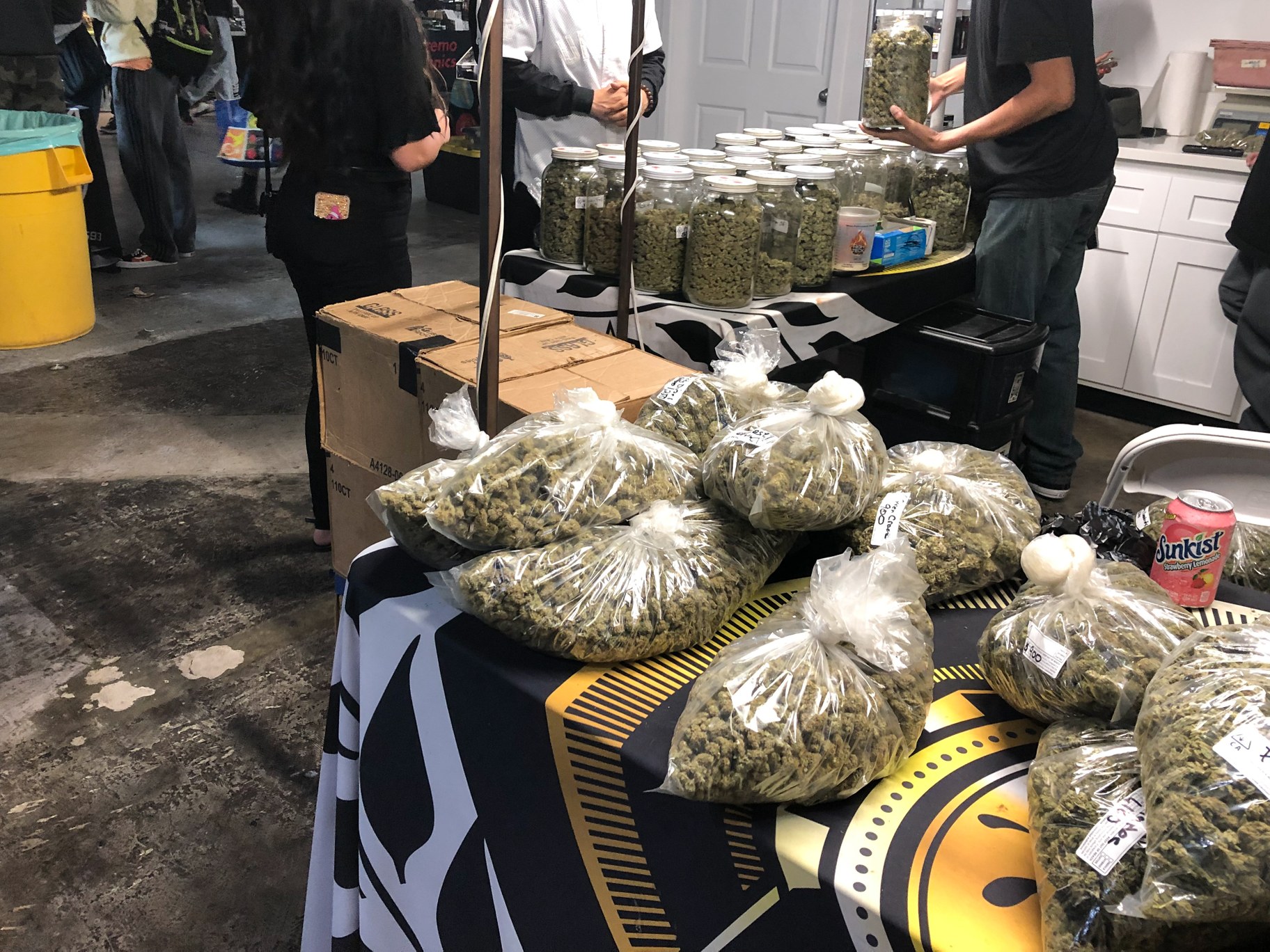 “I go to dispensaries, but I like to come here to buy a lot of stuff because it's cheaper,” says Valeria, a 26-year-old patron who comes mainly to buy concentrates. (Valeria, like many others at this Sesh, didn’t want to share her last name because of the illicit nature of the event.) 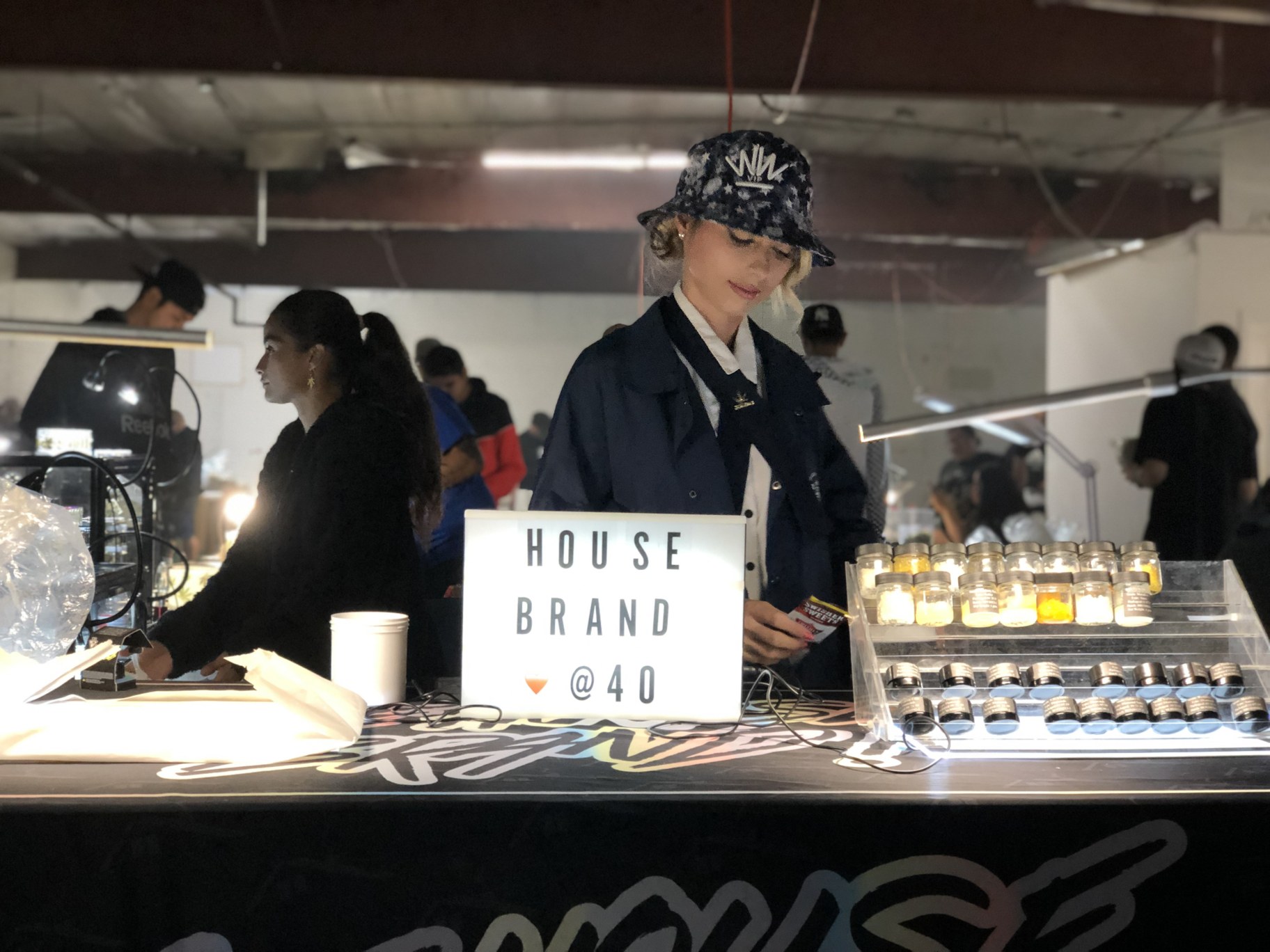 One of the vendors. Photo by Jenna Kagel/KCRW

Medical cannabis patients tend to buy and consume more cannabis more regularly than recreational consumers, so as the cost of cannabis at dispensaries has doubled or tripled in the last year, many of them are turning to Seshes to get their medicine.

That of course comes with the increased chance of ending up with a product that has contaminants like pesticides of powdery mildew. While dispensaries are required to rigorously test all the cannabis they carry, there’s no mandate to do so in the unlicensed market.

For some shoppers, it’s a matter of knowing the product. Jacob Garcia, a Whole Foods employee by day says, “I've been doing cannabis for a long time. I kind of know what to look for. I'm not going to say that everything here is clean and safe. I have to trust my eye, my nose.”

The event’s organizers are well aware of the assumed risk of shopping at a Sesh. Adam, the host of this Sesh, says it’s about developing relationships with the vendors and understanding the product. He says, “I personally know some growers, so I can trust the source more, but a lot of these people don't really know what they're looking for in weed. …. So that's one of the things that people need to educate themselves about before purchasing or even consuming certain products.”

At the Sesh, shoppers are free to closely inspect cannabis before they buy it, squeezing and sniffing the buds. Licensed dispensaries package their cannabis according to Prop 64, which mandates sealing up the product. These consumers say that hinders the shopping experience.

“Not even being able to smell the weed that you want to buy -- it's ridiculous. Like you can't touch it, feel it, nothing,” says Coral, a patient at the Sesh. 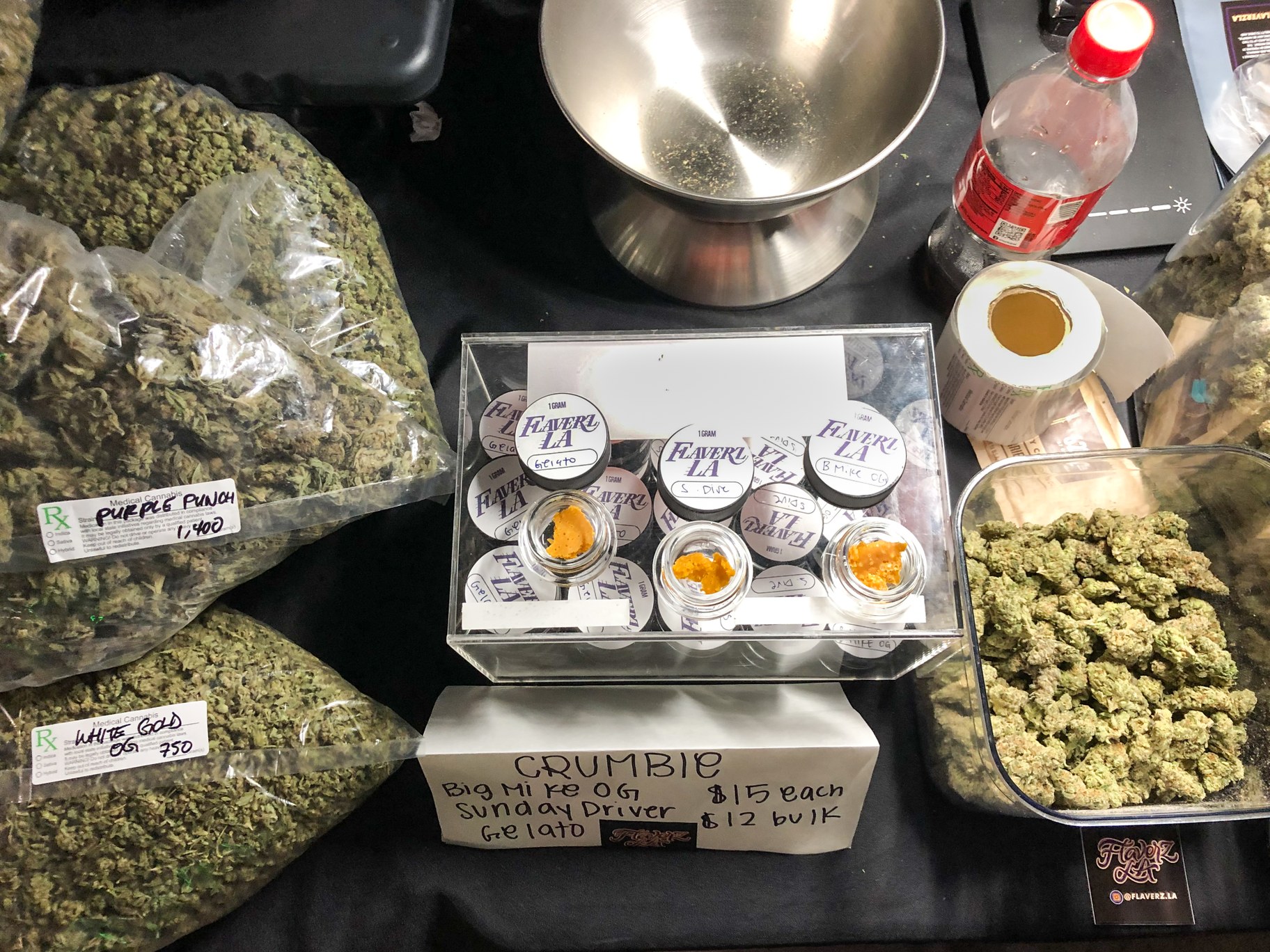 The customers seem satisfied. But for many vendors, getting a license and going legit is the ultimate dream. They see the benefits of operating a legitimate business and avoiding the risks of a black market.

“We are currently working on getting a license,” says Aaron Stone (not his real name), a vendor at the Sesh. “I want to be providing a clean, tested product to people that I can also be proud of … But here in California especially, there's a lot of red tape and it's expensive for most companies to just jump in.”

Like many vendors, Stone was distributing cannabis under the far less defined regulations of Proposition 215, California’s medical cannabis law passed in 1996. Only a fraction of such distributors attained a license under prop 64. Some continued to operate without a license, and Sesh events provide a place for them to sell directly to price-conscious customers and stay afloat.

Stone says, “That's why a lot of people are still in the black market… They themselves are trying to raise capital to make the recreational dream come true.”

The state’s legal cannabis market is on track to hit $3.1 billion in sales this year. But the unlicensed market is expected to be far larger, at an estimated $8.7 billion....

California hikes up taxes on marijuana for 2020

High taxes on licensed marijuana makes for a more expensive product. Starting January 1, 2020, that tax will go up.

The most recent count of Orange County’s homeless population is nearly 7000. That’s partly why a new homeless shelter is being proposed in Santa Ana, but the city’s...