A year after mass shooting, will Borderline Bar reopen? Borderline owner Brian Hynes stands in front of a memorial outside Borderline Bar in Thousand Oaks. Photos by Kathryn Barnes.

Borderline Bar & Grill in Thousand Oaks has been closed since November 7, 2018.

That’s the night a local Marine veteran walked into the country music bar with a handgun and started shooting during college night. Twelve people were killed before the gunman took his own life. The bar’s owner, Brian Hynes, knew all of them. Five were his employees. 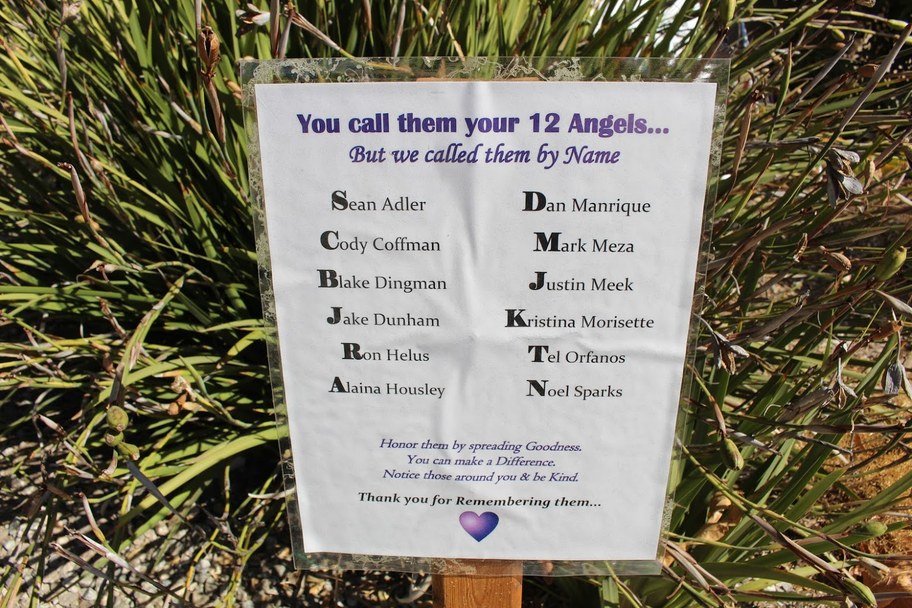 But Hynes doesn’t want Borderline remembered for that one night.

“I love this place,” he said. “I bought the place as an investment when I was 27 because I love coming here.”

What made Borderline special

A lot of people who went to Borderline were regulars. They went several times a week to have drinks, see friends, enjoy music, and dance to country music.

“There was a guy, he was probably 50 to 60 years old, who used to come in, stretch out his back right in front of fireplace, and he would walk up and put his hand out, never say a word. And these 18, 19, 20-year-old girls would dance with him,” said Hynes. “He would teach them how to line dance, teach them how to two step, how to slow dance. They felt comfortable. They felt safe. And then they would learn how to dance, and next thing you know they’re dancing with somebody else and getting twirled. And then they’re married.”

Hynes started going to Borderline as a kid in the early 1990s, and he loved watching the bar unite people.

“I was 16 years old. I'll never forget. My parents weren’t getting along. I knew they were on the verge of divorce. And we went to Borderline, and the two of them danced and laughed and smiled. And they did divorce, but I'll tell you what, they're still happy. They're still friends. I think things like that, those memories are just so special.” 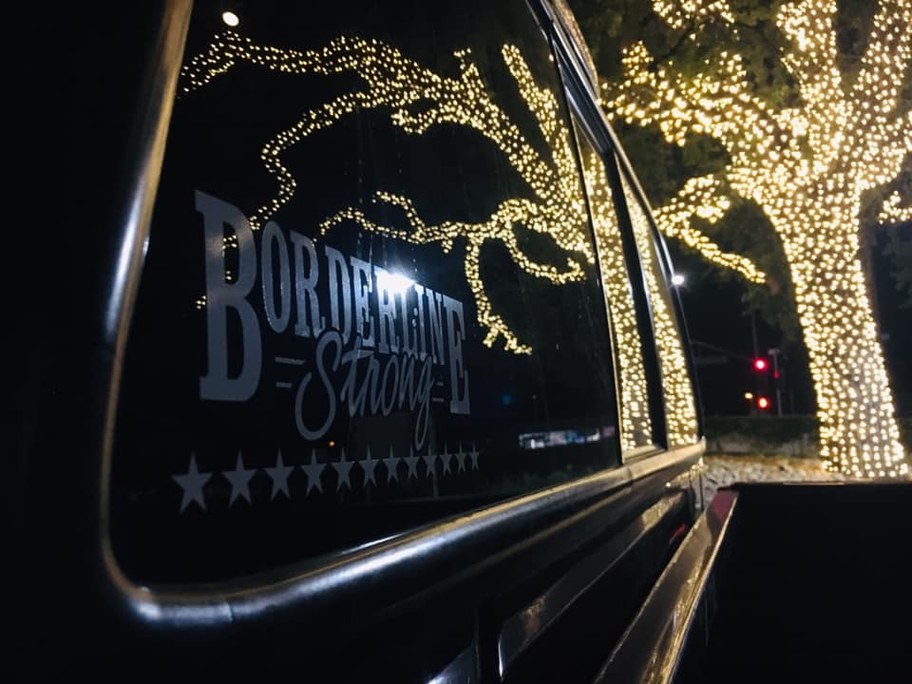 Twelve orbs hang from a tree wrapped in lights on the corner of Moorpark Road and Rolling Oaks Drive, near Borderline Bar & Grill. Courtesy of Brian Hynes.

A night of heroism and horror

Hynes was sick and stayed home the night of the shooting. When he got a call from the DJ, he hopped in his car.

“She said there were things going on,” he said. “We thought it was a problem in the parking lot. I didn't think it was anywhere near what it was. When I pulled up, it was just starting.”

“Ron stopped me from going in. I thought it was on fire,” he said.

Sergeant Helus was shot shortly after he walked in. Hynes watched as more than 200 people streamed out of the bar in horror, including Deseriee Edman, a regular from Malibu.

Her mom, Carmen Edman, got a call from Deseriee from inside the bar.

“She said mom, there’s a shooting at Borderline, and I could hear the gunshots,” Carmen Edman said. “And my husband, we were in bed laying down, and he stood up and started panicking and shaking his hands violently, jumping up and down. And he said, ‘Okay, we're going to come and get you. Are you okay? Just hide. Just hide.’”

The older Edman said the phone kept disconnecting as her daughter tried to escape. 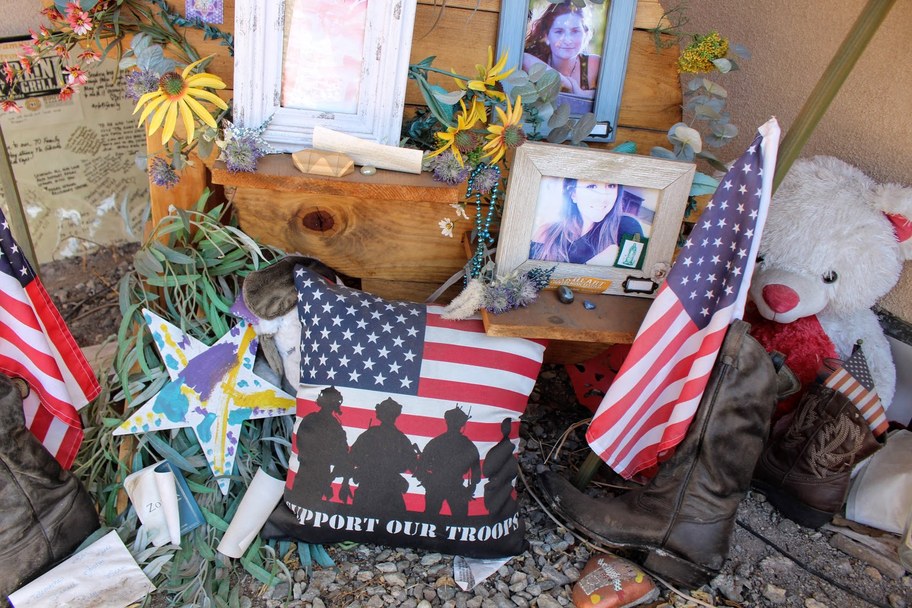 Many of the people killed were veterans or planning to join the armed services.

Hynes said he’s heard a lot of stories of people helping others get out, and in some cases throwing themselves in the line of fire, or heading inside to save their friends.

“I described it before as a controlled chaos -- The fact that there were so many people here that knew what to do because they were military based,” said Hynes. “I remember there was one patron that was shot straight through, and they brought him over to the gas station, but he was carried properly. They brought him over there, and they got him in the ambulance, and he's okay now.” 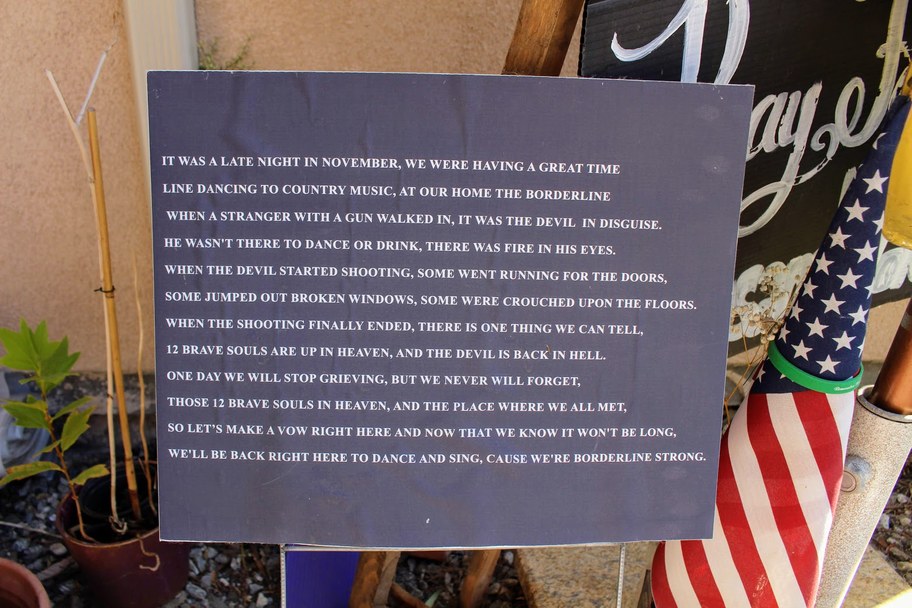 Borderline Bar was more than a bar for many of its regulars.

One year later and still boarded up

After the shooting, it cost $200,000 for a biohazard company to clean up the bar. Insurance covered the work.

Now Hynes wants to reopen the bar, but it’ll take time and money. He says he’s gotten estimates of over $850,000 to fix the windows, walls, stairs and electrical damage.

Since the building was built in the 1970s, reopening means bringing it up to today’s standards for disability access, electrical wiring and health codes.

Hynes is also working with an architect to redesign the space. He said if he does reopen in the same building, he’d want to change the layout to respect the places where people died and avoid triggering people who were there.

Another option is to reopen in a new location, he said. 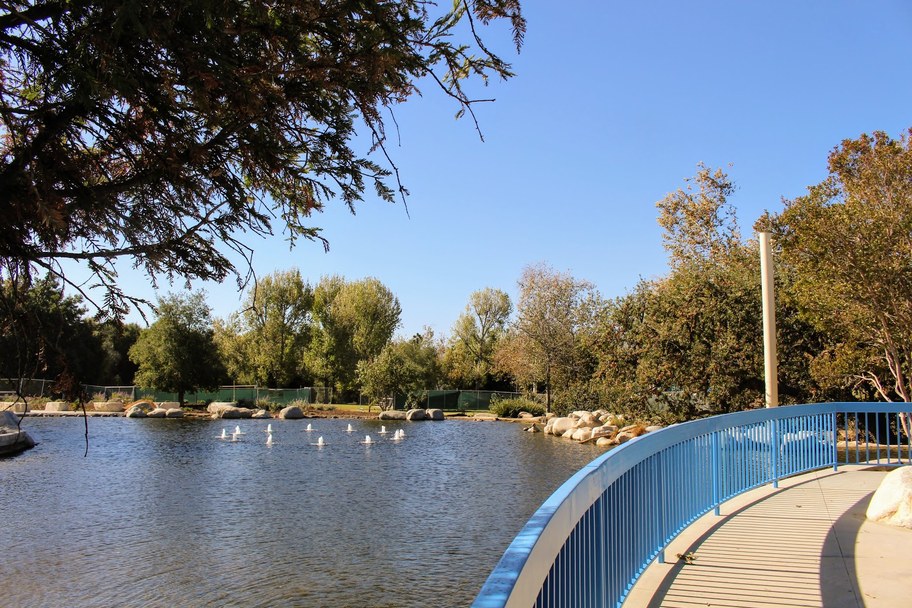 A permanent memorial for the Borderline shooting at the Conejo Creek North Park in Thousand Oaks includes 12 water jets and 12 granite benches to honor those killed.

A permanent memorial for the victims of the Borderline shooting will open on November 7, 2019 at the Conejo Creek North Park in Thousand Oaks.

This Saturday, Hynes and his team will host Borderline at the Park next to the memorial. It’ll become an annual event with food trucks, music, and a dance floor.

Checking in with Borderline Bar community a year after mass shooting

A year after mass shooting, will Borderline Bar reopen?

Borderline Bar & Grill in Thousand Oaks has been closed since November 7, 2018.

Members of the Congressional Hispanic Caucus are meeting in LA this week.

Malls are dying, but owners aren’t giving up

It’s been a while since many of us have been to a shopping mall. The convenience of online shopping has mall owners scrambling to stay relevant. Sometimes staying relevant...