There’s a small granny flat in Fox Hills in the southern part of Culver City. The house is white, modern, and has two glass walls. One of the solid walls curves to become the roof. It’s the 350 square foot studio model. Its construction created nearly no waste.

The company behind it: Mighty Buildings. It is one of several companies in California trying to make housing construction more affordable by prefabricating or manufacturing homes off-site. It is similar to the model of mass producing cars.

“It [has] a full kitchen and all the appliances, and it has a separate bathroom. And we could install it in the backyard within two weeks,” says Head of Sales Natalie Dobrynina. 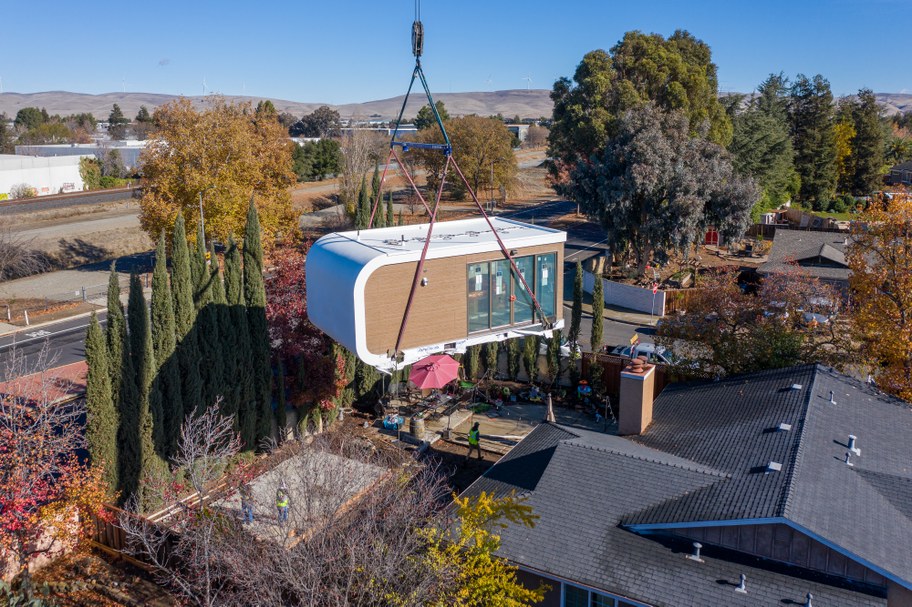 The shell is affordable, and it takes less than a day to build. It’s a new technology in construction that’s picking up steam: 3D-printed buildings.

Construction waste makes up almost a third of all the stuff we dump in landfills. We build so much in this state, and when materials are cut or when they are demolished, there’s a lot of excess that gets tossed.

Ben Stapleton is with the LA office of the U.S. Green Building Council. He says innovation is the solution to cut back on the waste. “Really how we do construction has not changed much in the past 150 years. It's a space that's really ripe for disruption.”

Imagine an old printer where you see a little arm going back and forth over the page. But instead of ink, it’s printing a giant, soft, honeycomb material. Then that shell hardens and gets trucked to the site, which means there are no materials cast off in the construction process that would wind up in the landfill.

“We've been building the same way from the beginning of time essentially … bringing all the materials to on-site construction, and making things out of very traditional — and today could be outdated — materials like wood and concrete. The 3D printing is a totally different way [of] manufacturing. It is additive manufacturing, where you manufacture exactly what you need, and nothing more,” says Los Angeles developer Basil Starr.

But that doesn’t solve the core problem of construction waste. Valuable materials like steel, concrete and untreated woods are generally diverted or reused. It’s the toxic materials that are still being wasted. 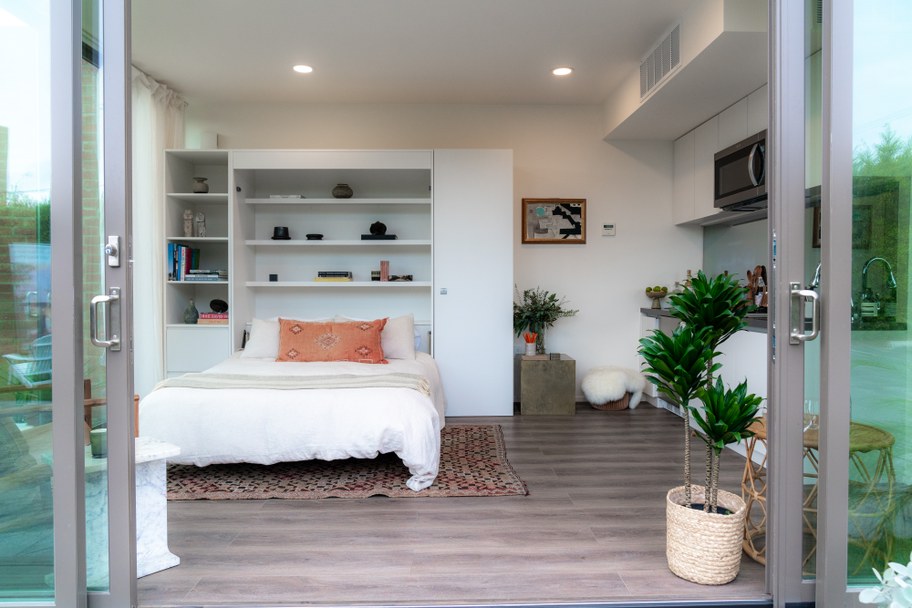 “We're talking about things like manufactured lumber. And by manufactured lumber, I mean particleboard and the plywood, most of your furniture and cabinetry. Those are laden with chemicals — formaldehyde as a preservative, there are fungicides so mold won’t grow there, pesticides so bugs won’t eat it, there's fire retardant so it won’t burn, there's adhesive to hold it together. There's a whole litany of chemicals in this material,” says interior demolition contractor Richard Ludt.

Ludt says they’re only helping fix the waste problem if the materials are non-toxic, and recyclable at the end of their life.

Mighty Buildings’s printable walls and roofs are made out of a mix of polymers and minerals, not wood or concrete. The company’s chief sustainability officer, Sam Ruben, says once dried, the building is safe and non-toxic.

“It's really important that we're closing that loop. But we're also looking into cutting edge technologies, such as pyrolysis, where we heat up materials and convert into fuel for clean energy as well as biological degradation. And like we're using algae or enzymes to break down material. 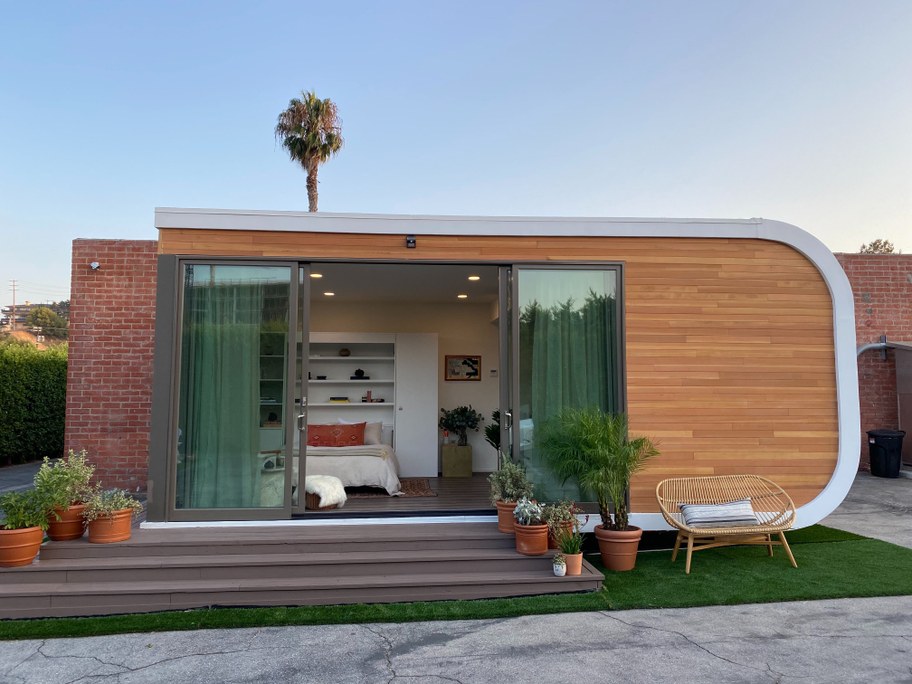 Ruben says end of life is a factor when they choose add-ons to the structure. They also try wherever possible to divert materials from the landfill via recycling or secondary markets.

The construction waste problem still isn’t solved. Ludt says no matter the lifecycle of products, everything still has an impact.

“Your whole life, you're told you buy it, you use it, you throw it away. And the waste industry and government has done a phenomenal job teaching us that we don't have to think about our waste. Well, there's no such place as ‘away.’ Everything has to go someplace. There is an end of life cost to everything.” 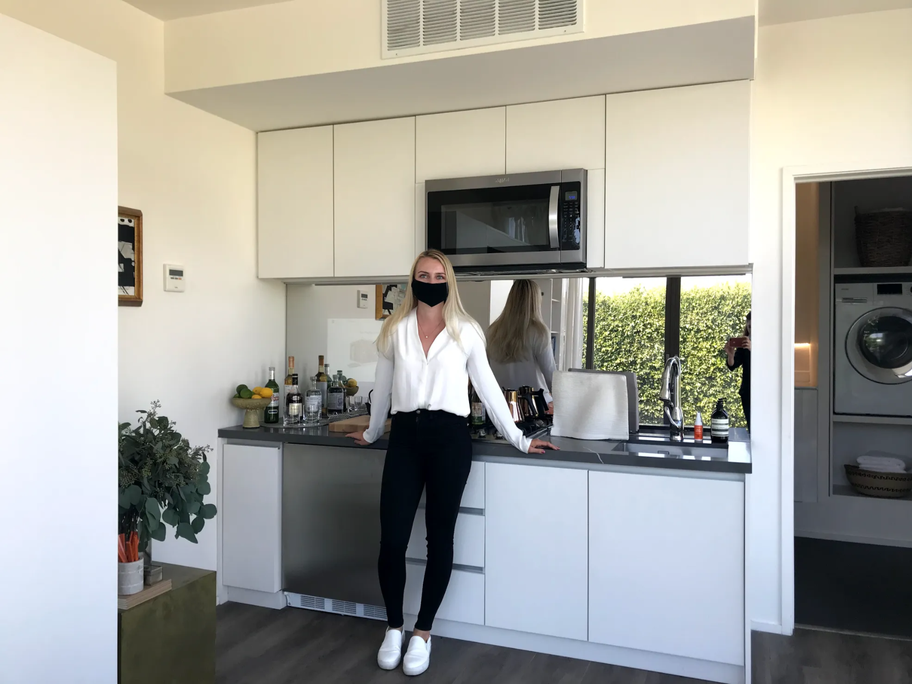 Natalie Dobrynina says it takes less than two weeks to install this studio model in your backyard. Photo by Frances Anderton.

Several construction startups are building homes quickly and affordably while creating minimal waste, with the help of giant 3D printers.

The case for not preserving every little building in LA

Many small businesses in Los Angeles County have been forced to assess whether they can weather the storm of the pandemic. A recent study estimated that about half of all...