What will happen to crime rates after stay-at-home orders end? Lessons from history At the beginning of stay-at-home orders, LAPD announced they were putting hundreds of extra officers on patrol. Photo by Amy Ta.

The COVID-19 pandemic has upended life in Southern California, but it’s not all bad news. Crime fell 23% in Los Angeles during the first month of stay-at-home orders, according to Los Angeles Police Department Chief Michel Moore at a press conference.

With residents staying home to curb the spread of COVID-19, it’s tougher to find someone on the street to rob, or to burgle a house without being seen.

“For crime you need a location, an activity. And then you need a victim and a suspect. And at least three of those four factors are fairly removed if they’re following the Safer at Home order,” LAPD Assistant Chief Robert Arcos tells KCRW.

Arcos has been on the force for 32 years. He says crime has never plummeted this quickly. But it’s not the first time crime dropped overnight.

“I came on in 1988. … The only other two times that I feel we were probably close to something like this was during the riots when we had the curfews, and probably during the earthquake.”

Arcos is referring to the 1992 unrest across the city after a jury acquitted police who were videotaped beating motorist Rodney King. The day after the violence began, law enforcement implemented a curfew, confining residents to their homes from dusk to dawn.

Then in 1994, a 6.7 magnitude earthquake struck Northridge, killing at least 57 people and causing billions of dollars in property damage. Roads were impassable, including the 10 freeway. In both situations, people stayed home, and crime rates went down. 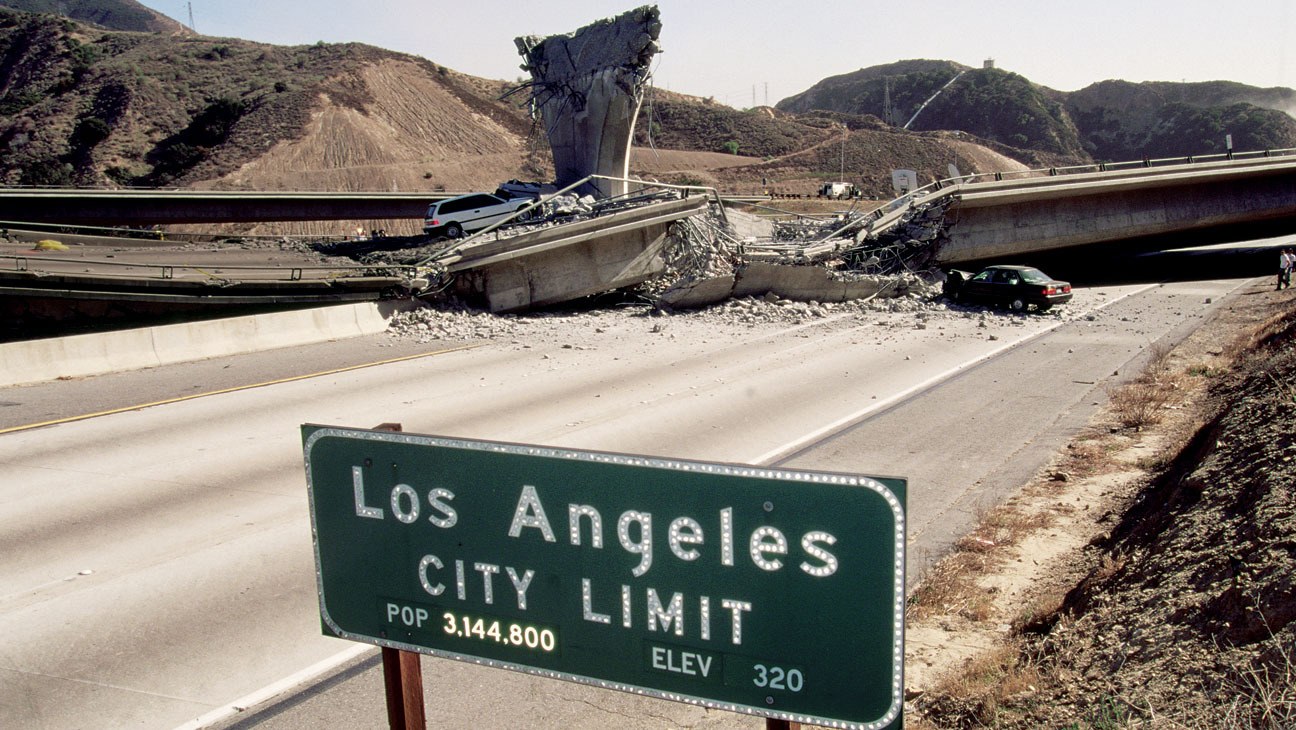 Los Angeles in the aftermath of the Northridge earthquake. Image by David Butow/Corbis.

USC business economics professor Ayse Imrohoroglu says the drop in crime might initially seem surprising during this pandemic. “You need to think about the economic situation surrounding, say, the recession. People lose their jobs, they’re more unemployed. You might think that causes higher crime.”

However, she says criminals think rationally, and right now, it’s much riskier to attempt to commit a crime. 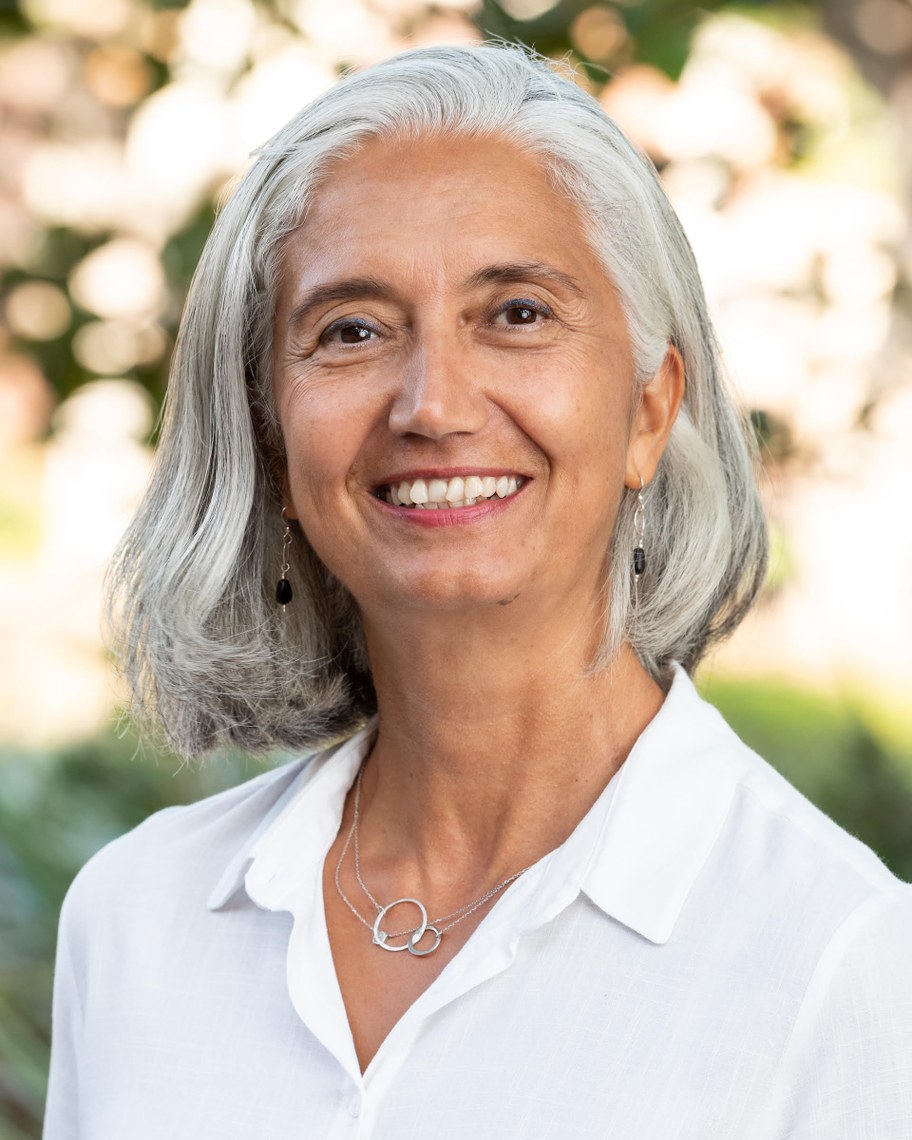 Typically, as economic hardship goes up, crime does too. Right now the unemployment rate is at a historic high, yet crime is down. And the last time millions of people lost jobs so fast — the Great Recession of 2008 — the same thing happened. From the mid 2000s to 2014, crime decreased overall every year.

Historian and author Joan Renner says to understand that, we have to go back to the Great Depression.

“The crime rate was spectacularly high in the early part of the 30s,” she says. “After the stock market crashed in October of 1929 until probably about mid-1934, it just started to go up. And it was just up, up, up, up, up. That was the trajectory.” 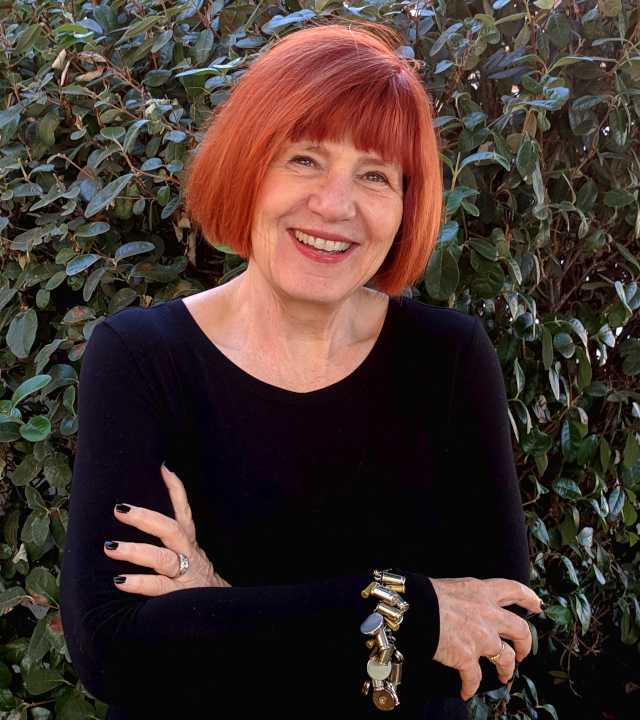 In 1933, one in four working Americans couldn’t find a job. That’s the highest unemployment rate the country has ever seen. But then social programs started to kick in, and the trajectory changed. The first gun control law was passed in 1934, and Franklin D. Roosevelt’s New Deal provided financial relief and jobs. Government support like that didn’t exist before.

By the time 2008 rolled around, there were safeguards to stop crime from spiking again.

Renner says better home security was also being developed in the 2000s, and it was a different police force than in 1934. “More criminals were actually in jail at that time. … The police had developed better tactics for finding and controlling crime.”

Those tactics include hotspot policing, when you put officers in an area of high crime.

This time around, police are increasing their presence again. At the beginning of the stay-at-home orders, LAPD announced they were putting 300 extra officers on patrol. There are more police officers where people are gathering, like Costco and grocery stores.

But we can’t stay home forever, which also means the return to normal could come with a return to more normal crime rates, too.

“I’m always hopeful that people will change,” Arcos says. “I know that in time though, we will start to level off again. It’s predictable.”

Young adults have the highest crime rates, according to the Department of Justice. Imrohoroglu says we’ll need young adults in the economy when we begin to lift stay-at-home orders.

“If there were to be a positive impact of this crisis on youth unemployment going forward, suppose we do more deliveries from now on, and we use the youth much more as a result, so their unemployment rate goes down. That could have a lasting impact on crime.”

Plus, if working from home becomes more widely accepted after the pandemic, and homes are empty less often, that could mean crime rates change permanently, for the better.

What will happen to crime rates after stay-at-home orders end? Lessons from history

Crime fell 23% in Los Angeles during the first month of stay-at-home orders, according to LAPD Chief Michel Moore at a press conference. An LAPD report shows that robbery,...

Last month, Governor Newsom launched Project Roomkey , a statewide effort to provide temporary accommodations for unhoused residents who are particularly at risk during...