COVID-19 has hit Black and Latino communities hard since March. But those same communities are skeptical over the safety and effectiveness of the coronavirus vaccine. The first round of Pfizer vaccines arrived in California on December 14, 2020. Photo by Marco Verch (CC BY 2.0).

Martin Duran wants to make one thing clear: He is not an anti-vaxxer. He’s very much a believer in COVID-19 and its effects.

“We had a very diligent approach to quarantine and making sure that we were following all the right steps: washing our hands and wearing a mask and social distancing,” Duran says. “The first three months we’d leave the house once [a week] on Sunday mornings to go to a supermarket when they opened.”

That’s because in June 2019, his wife was diagnosed with stage three uterine cancer. After months of chemotherapy, her immune system became weak and highly susceptible to any infection. But in March 2020, her doctors signed off on a clean bill of health. She had beat cancer.

Her fight with cancer led to a heightened sense of caution at the Duran household.

“My anxiety level was a little higher than most people. But they say worrying is like praying for something you don't want. And so all we could control is being safe,” Duran says.

Today, Duran is one of many Californians who are wary of a COVID-19 vaccine. He feels he doesn’t have enough information about what he’s putting into his body.

“What are the side effects? What is [the vaccine] going to do to me long term? Is there something they need to worry about? For a virus that attacks your respiratory system, that when it gets you it feels like you're suffocating to death, I would imagine this vaccine is extremely potent and strong. It's definitely not a vitamin C tablet for sure. So what is it?”

Duran is a registered Democrat and identifies as a liberal progressive who was raised by a feminist. He knows he might sound like a contrarian. But he says the safety of his wife and his family reign supreme.

Duran, who is of Latinx descent, says the hesitation that he and other Latinx people feel may come from mistrust in health and government systems.

“I'm thinking about aunts and uncles and grandmothers. … I can hear them saying ‘Que es eso? Brujeria!’ I think people are just naturally cynical and concerned,” Duran says. “You have to convince us first before we buy in. Maybe it's those communities [that] need to be thoroughly convinced. We need some proof.” 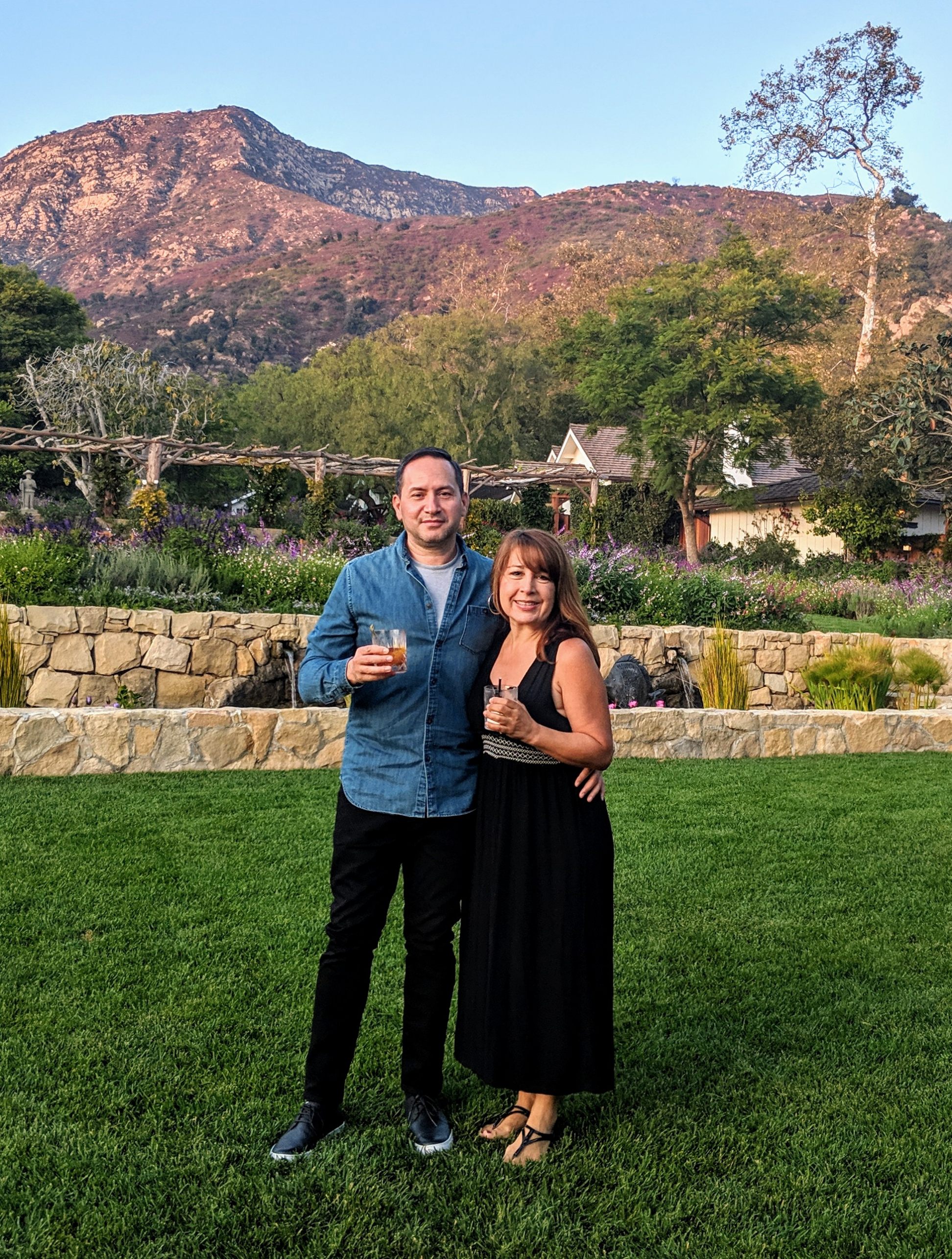 After his wife’s battle with cancer, Martin Duran is protective over the health of himself and his family. Photo courtesy of Martin Duran

Duran and his family aren’t alone. A recent study from the COVID Collaborative, a coalition of medical experts, economists and health educators, found that 34% of Latinx Americans think the vaccine is safe, and 40% think it’s effective. Meanwhile, 18% of Black Americans trust that a vaccine would work.

“If people are willing to take it, my hat goes off to them. I commend them for — I hate to say it — being a bit of a guinea pig,” Duran says.

The idea of being a guinea pig weighs on the mind of James Downing, a Black LA native. He’s concerned that public health officials might push the vaccine on groups that society values least.

“We need the vaccine. We want it out as quickly as possible. But we don't know the risks or the dangers of it. What demographic is disposable in our mind? That's who we’ll target first,” Downing says. 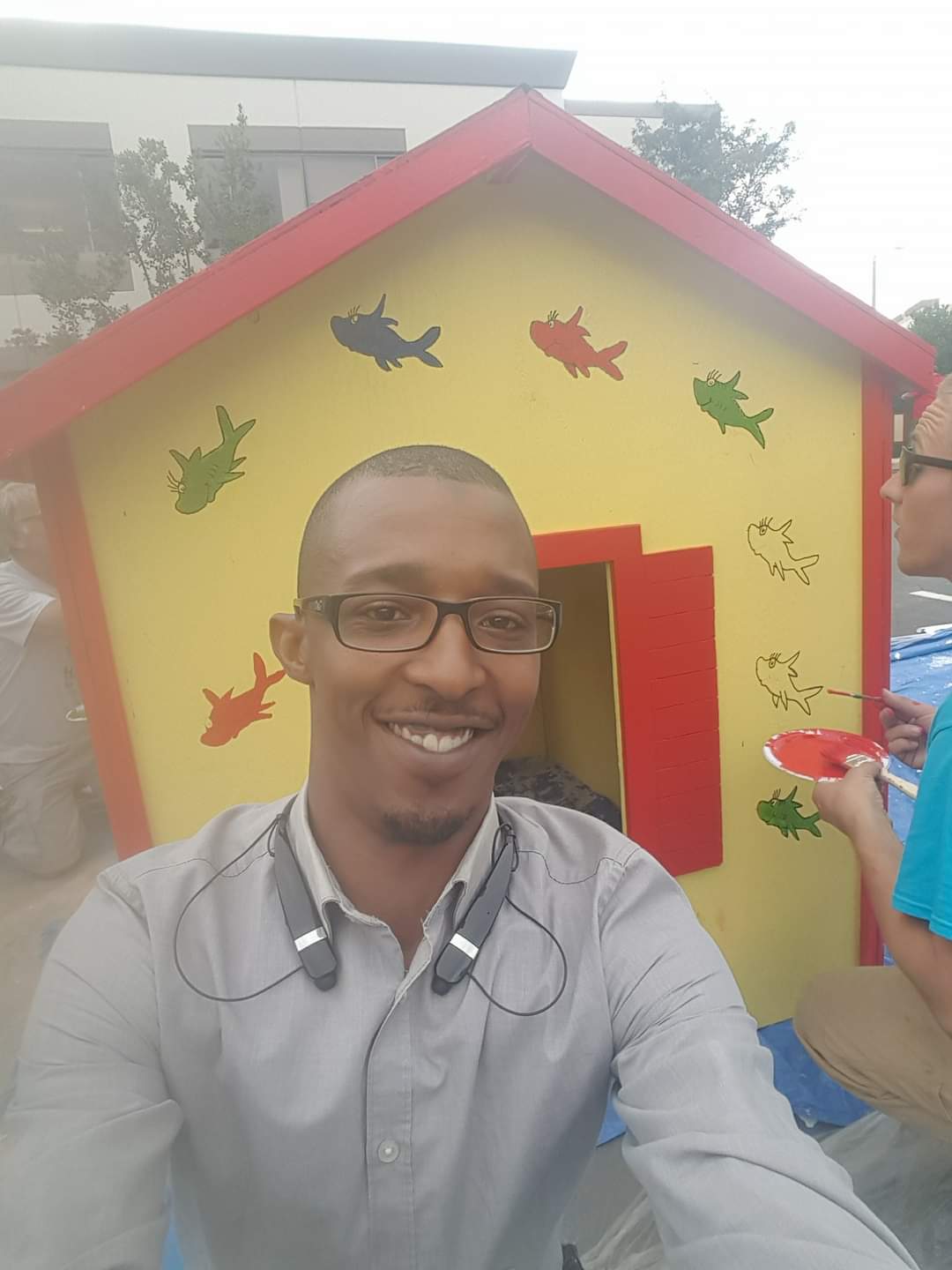 James Downing says he’ll eventually take the vaccine, but he’s hesitant to be one of the first. Photo courtesy of James Downing.

“I'm like, why? You guys don't care when we're getting shot in the street. You get upset when we say Black Lives Matter,” he says. “But now all of a sudden, you want to give this unknown vaccine to the Black kids first.”

Like Duran, Downing is no anti-vaxxer. Fringe theories may circulate online, like the vaccine being a ploy for Bill Gates to track Americans, but those aren’t his fears. He, his wife, and his 11-year- old daughter are all up to date on their shots.

“Normally, I trust the doctors, I'm not an expert on medicine. When the doctors say [my daughter] should get the shots, she gets those shots. That's kind of how I've always been, without fear of ‘Oh, that the government's out to get us’ or anything like that.”

Eventually, James says he’ll be willing to take the vaccine. But it’s America’s history that gives him pause. He references the so-called ‘father of gynecology,’ J. Marion Sims, who operated on enslaved Black women without anesthesia.

Then there’s Tuskegee, where nearly 400 Black men with syphilis thought they were receiving treatment, but instead found themselves part of a U.S. Public Health Service study that tracks what happens when humans come down with the venereal disease.

“Historically, the government's done some pretty vile things. Most people know about Tuskegee. But ... they were doing testing on Native Americans ... the internment camps with the Japanese Americans. There's a long, long list of things that the government has done to its own people.”

Even those who work in public health have concerns, and it drives Sheryl Recinos crazy. She’s a Lancaster-based physician who’s fought hard on the pandemic frontlines since March. She’s heard her hospital coworkers express skepticism.

“They've seen the same number of patients being admitted. … Patients coming in and not leaving the hospital because they don't survive. And to sit next to them and hear them say, ‘Well, I'm fine. I don't need to get the vaccine, everybody else can get it, I don't need it. I don't trust vaccines, I'll get it six months later after everyone else.’ All of those comments are just incredibly frustrating.” 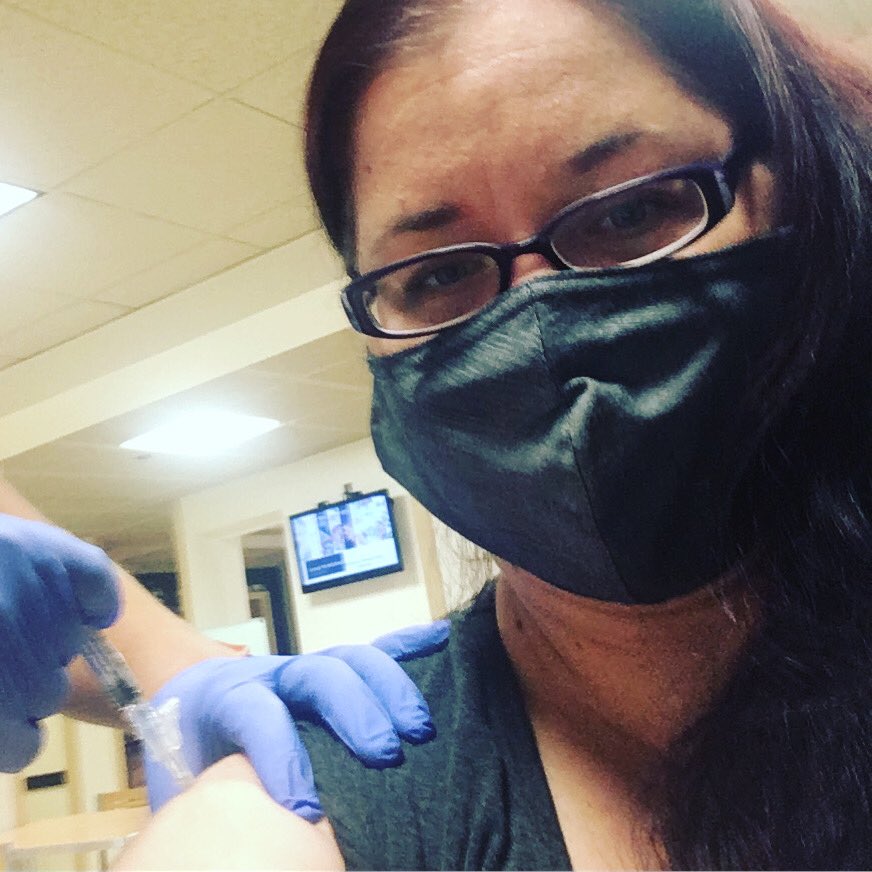 Back in July, she and her husband signed up for the Pfizer vaccine study. Recinos is not sure whether she received the vaccine, but she says after she got the shot, her fingers felt tingly, she got tired, and her arm felt sore — similar side effects she’s felt after getting a flu shot.

Afterwards, she told her coworkers she took part in the Pfizer study. She wanted to show them there’s nothing to be afraid of. Although they were initially scared, Recinos says they’re now more open to getting it.

“They thought I was taking silly risks, but now everyone sees me and they're like, ‘You got that Pfizer vaccine, didn't you?’ … I'm glad that I participated because I've already seen just a change within the doctors I work with and the nurses that I work with. A lot of them are very eager to get their vaccine now.”

Her advice to vaccine skeptics?

“Getting a vaccine? It may be scary. But getting COVID is so much scarier. … It literally takes your breath away and leaves you gasping for air,” Sheryl says. “We need you to trust it because we need it so we don't die and our families don't die.”

She says those in charge of distributing the vaccine will need to focus on finding solutions that fit all people and their perspectives. 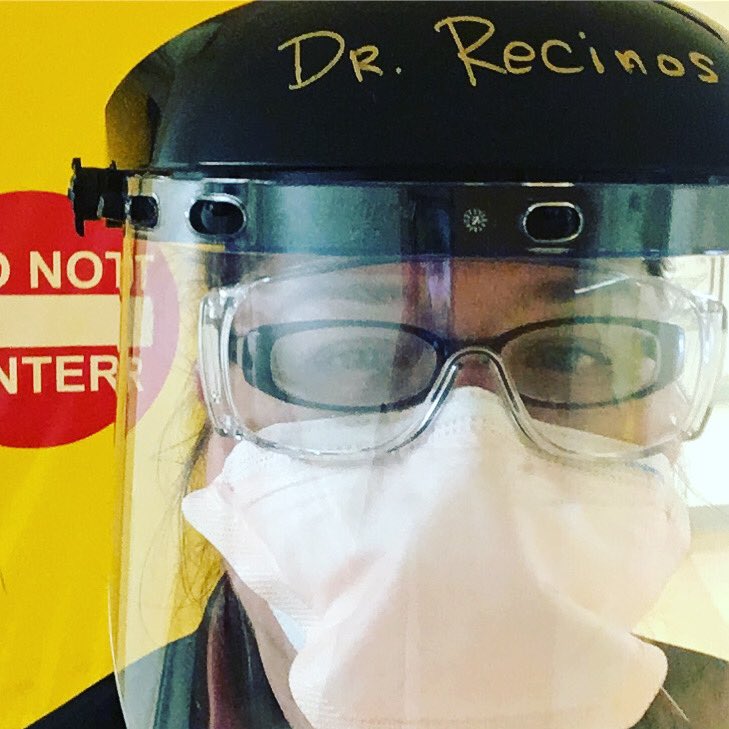 COVID vaccine skepticism among some Black and Latinx Angelenos

As the national COVID-19 rollout begins, frontline workers from different industries are vying for a top spot for the treatment. But not everyone is as excited for the...

The first doses of a COVID-19 vaccine have arrived in LA. There’s been a lot of talk about who should get them first and the fear some people have of getting vaccinated at...

After the 1918 Spanish flu came the roaring 20s. Whether something similar could happen this time

What might life look like after most Americans are protected from COVID-19? The UCLA Anderson forecast expects it to be roaring. This is the 2020s, after all.