The lines were fast and short on day one of COVID vaccinations at Dodger Stadium. Photo by Caleigh Wells.

Over the past year, Dodger Stadium became a lot more than a ballpark. It was a COVID testing site where more than 1 million people got tested. It was a voting center, a holiday lights drive-thru show, a socially distanced tailgate location where Dodger fans sat and watched our boys in blue take the 2020 World Series. Now it’s changing roles again.

“We’re taking what’s been the largest testing site in the world and transforming it into the largest vaccine site in America,” said LA Mayor Eric Garcetti.

The vaccine site opened on January 15 and administered 2,500 shots. On Saturday, another 4,800 were given. The goal is to reach 12,000 shots every day by the end of this week. So far, it’s been running smoothly.

Tiahna Herrera arrived on Friday to find a sea of traffic cones and very few cars, reminiscent of a weekday at Disneyland. Once she showed the documentation proving she was a health care worker, she and a group of cars were funneled into one of several vaccination pods.

“They rolled down my window, they had a little cart with an ice chest, and the vaccines are in there. There’s probably like four carts going around, just giving you the vaccine,” she said.

After the required 15-minute recovery period, her group of cars was released to make room for the next wave. She made it through in 45 minutes.

It helps that the site at Dodger Stadium started as a testing site, and that right now it’s operating at less than half of its capacity. But the teams working there had less than a week’s notice to nearly double the number of staff and triple the physical size of the operation.

“There was a lot of planning that had to be done in terms of thinking out how do the cars come into an area? How do you make sure they’re off the main street? Where to place teams to make sure they’re doing right documentation and checking? How do we divide it up to get maximum amount of people safely and still get vaccinated?” says Ann Lee, CEO and co-founder of a nonprofit called CORE. 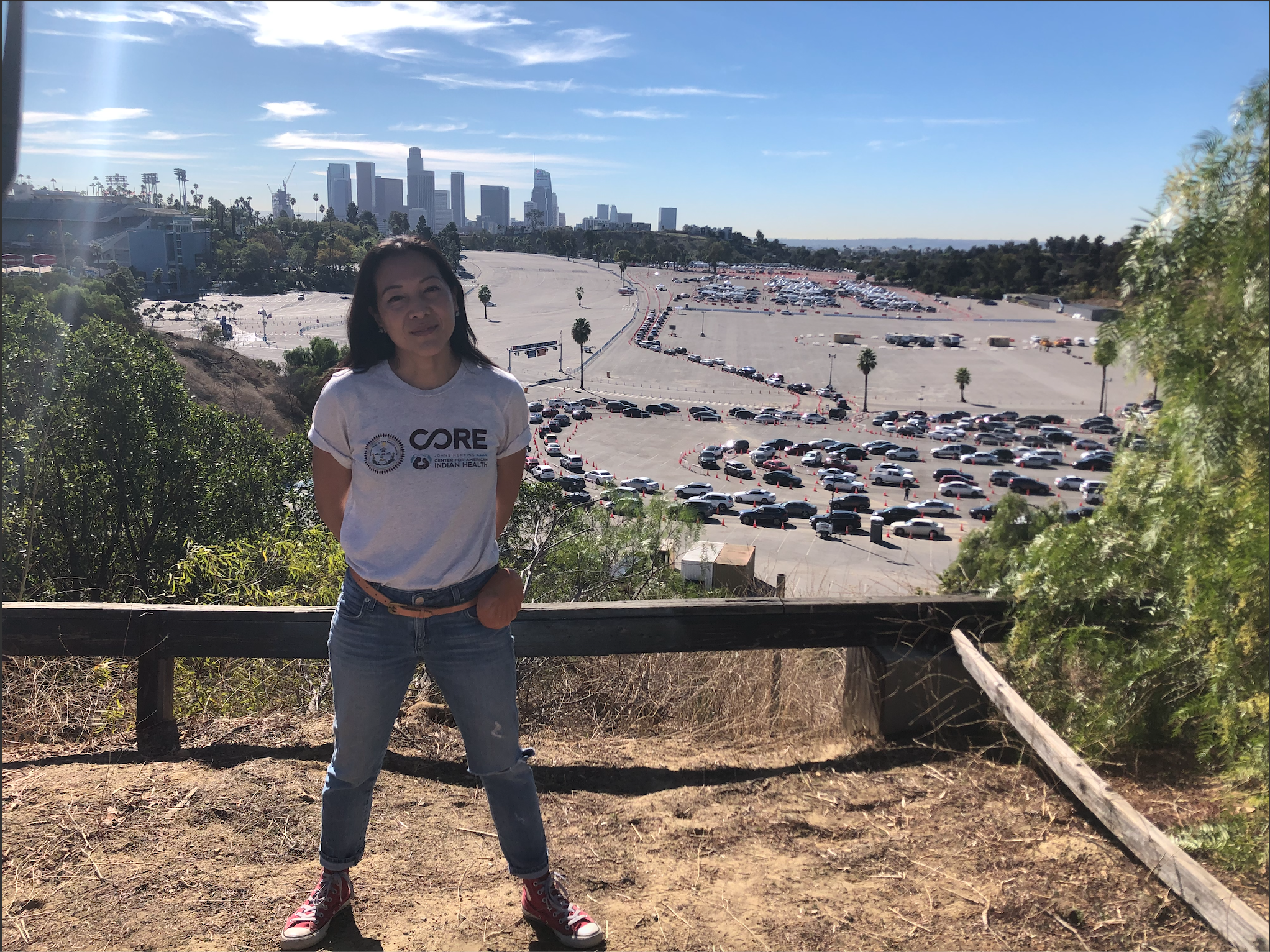 Ann Lee says this is the most important project she’s done in her 15 years of disaster relief work. Photo by Caleigh Wells

CORE usually provides disaster relief in hurricane-prone areas, but during the pandemic, they’ve been working across the U.S. Lee called this the most important project she’s ever done in her 15 years of disaster relief work.

For now, Dodger Stadium is still only open for health care workers and people living and working in long-term care facilities. While other counties have moved on to residents ages 65 and older, Mayor Garcetti says the county doesn’t have enough shots for the nearly half million people remaining in the first vaccination phase. But local health officials predict that could change in just a couple weeks.

And while the majority of Californians are still months away from getting the vaccine, Herrera says even knowing that, once she got the shot in her arm, she felt like the end was in sight.

“When the nurse gave me my shot, she said congratulations, and I was like you know yeah, you feel like, ‘Oh this is it, the light at the end of the tunnel. The pandemic’s almost over.’”