Ray Lopez was excited about the Dodgers’ World Series win on October 27. Photo by Angel Carreras.

The Los Angeles Dodgers beat the Tampa Bay Rays in game six of the World Series on Tuesday night, earning their first World Series title since 1988.

The Dodgers played at a neutral Texas stadium instead of their home field due to the pandemic. But fans still went to Dodgers Stadium to watch the game on massive screens from their cars. 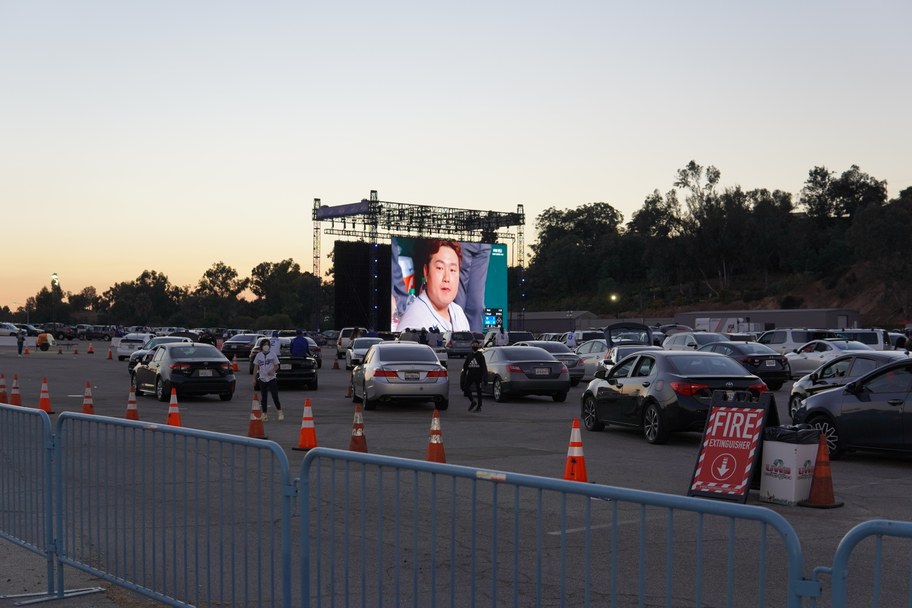 Dodgers fan Kimiko Ford-Chambers, 39, brought her family, and they all still felt part of a crowd. “I think this is something that they should keep going. Cheering with each other, that kind of camaraderie, a lot of horn blowing. And then you'll hear one person start a chant and you join in. But nothing too close,” she said. 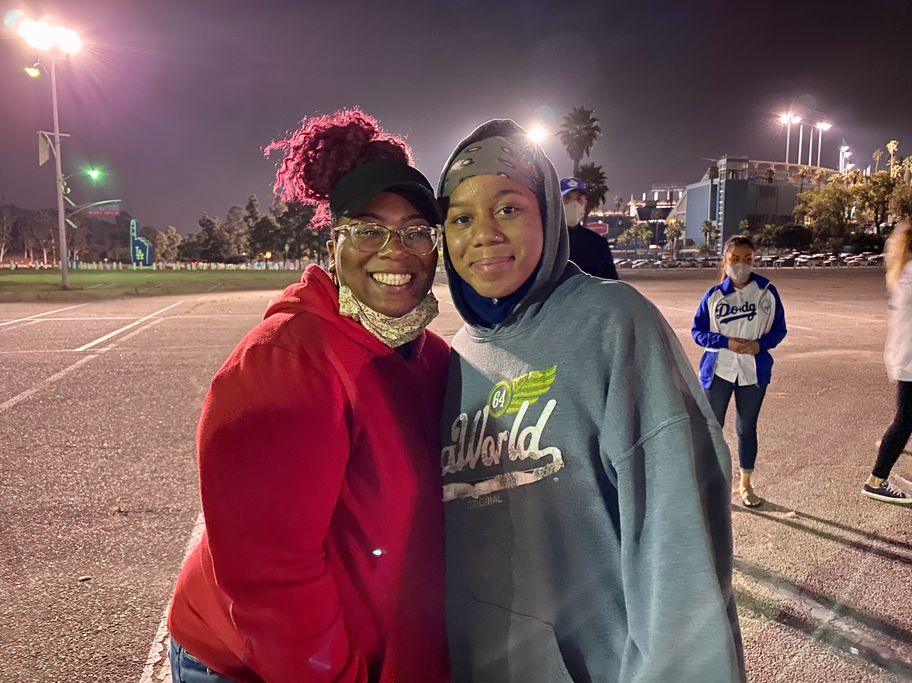 The crowd erupted after Dodger Austin Barnes scored the team’s first run in the sixth inning, drastically changing the game’s momentum. After Mookie Betts scored in the eighth inning, and after the game ended, the crowd celebrated.

When asked what he was doing after the game, he said, “We’re going to go drink some beers, man, that’s what we're going to do.” 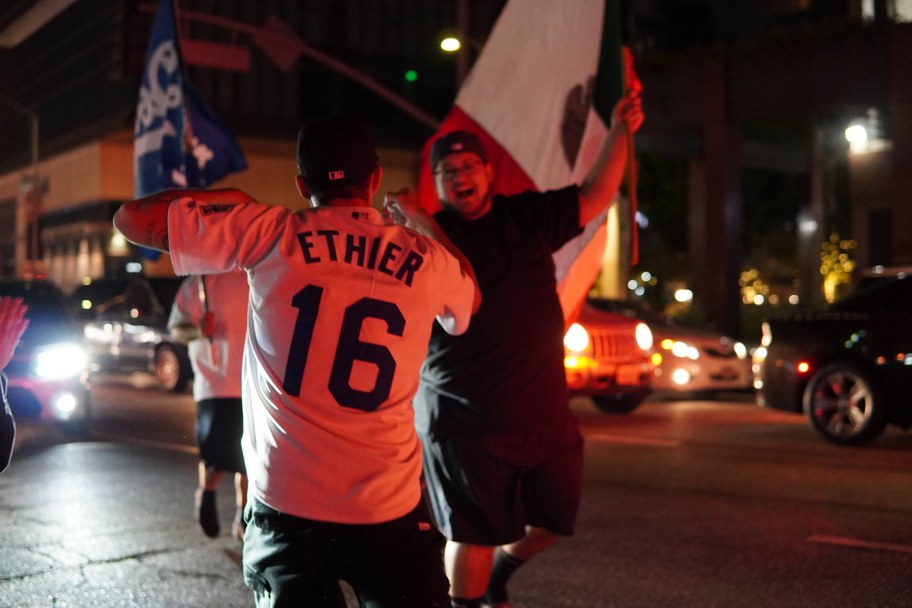 Fans took to the streets to celebrate the Dodgers’ victory. Photo by Angel Carreras.

Fans exited the stadium and spilled throughout downtown Los Angeles. People banged pots and pans in their cars as fireworks went off.

Late in the evening, the police declared an unlawful assembly. They brought in horses and rubber bullets. There were at least eight arrests in downtown and Echo Park — as people hugged in the streets, waved flags, sung and danced.