Wasted: How formerly incarcerated workers in LA are tackling the world’s mounting e-waste Electronic waste is one of the fastest growing waste streams in the world. Homeboy Electronics Recycling works to tackle it. Image by Mike Royer.

Homeboy Electronics Recycling sits on a street filled with tents, graffiti and a Baptist church. Trucks are coming and going outside.

They’re helping tackle one of the fastest growing waste streams in the world: electronic waste.

“We find, well, stuff that I deem personally still very valuable, that companies are just getting rid of, like stuff that can go to our resale department and … [be] repurposed,” says Operations Manager Xuong Cam, who goes by X Cam. 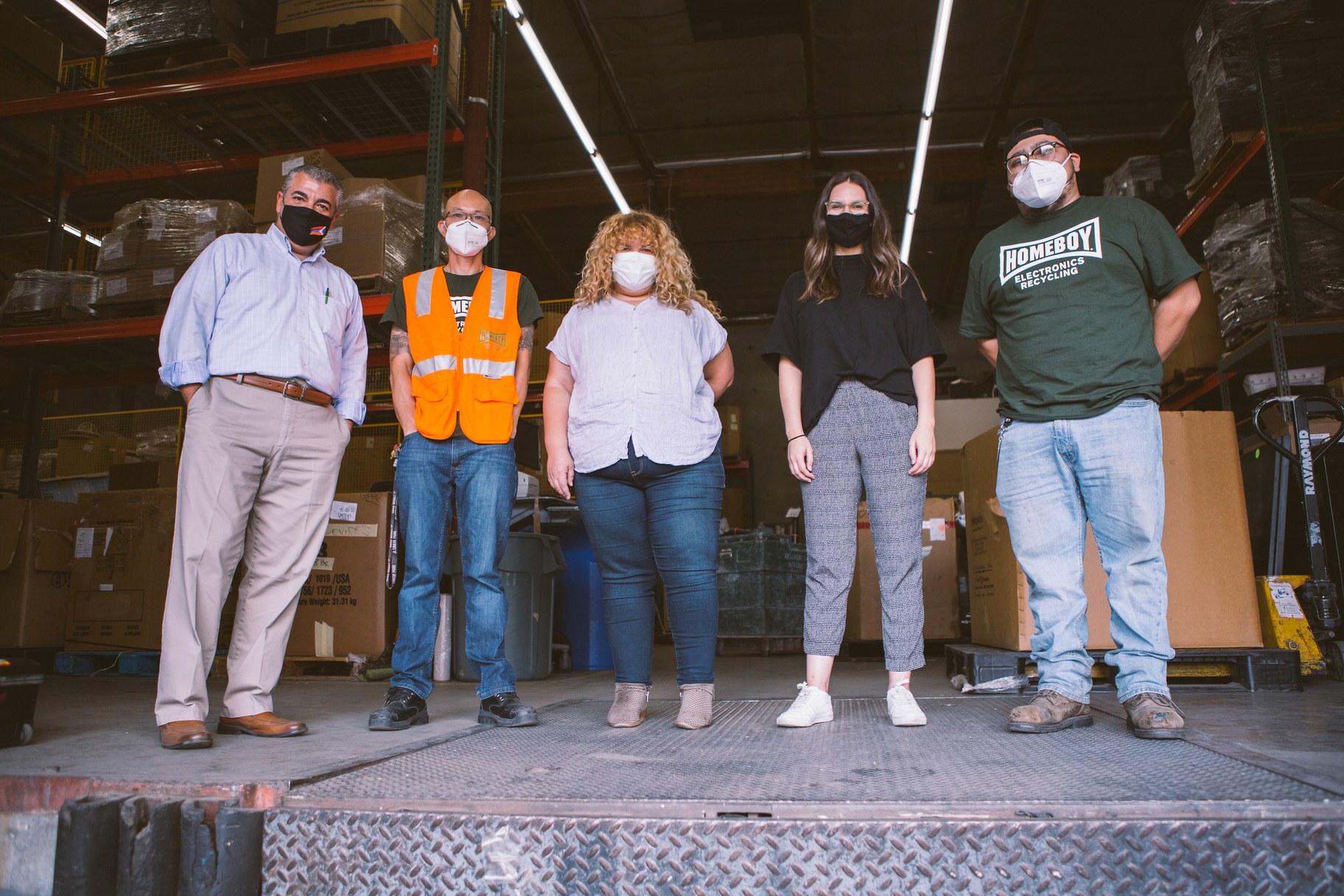 Homeboy Electronics is a for-profit branch of Homeboy Industries, the nonprofit devoted to employing formerly gang-affiliated and incarcerated people. Photo by Beau Ryan

California is one of 25 states in the U.S. that requires the recycling and recovery of e-waste. You even pay a tax every time you buy new electronics, to cover the cost of recycling.

It used to be that much of our e-waste was shipped overseas, but since China and other countries stopped accepting much of our solid waste for recycling a couple years back, now it’s piling up in the Golden State.

So this LA social enterprise is trying to make a dent in the problem, while giving people new purpose too. 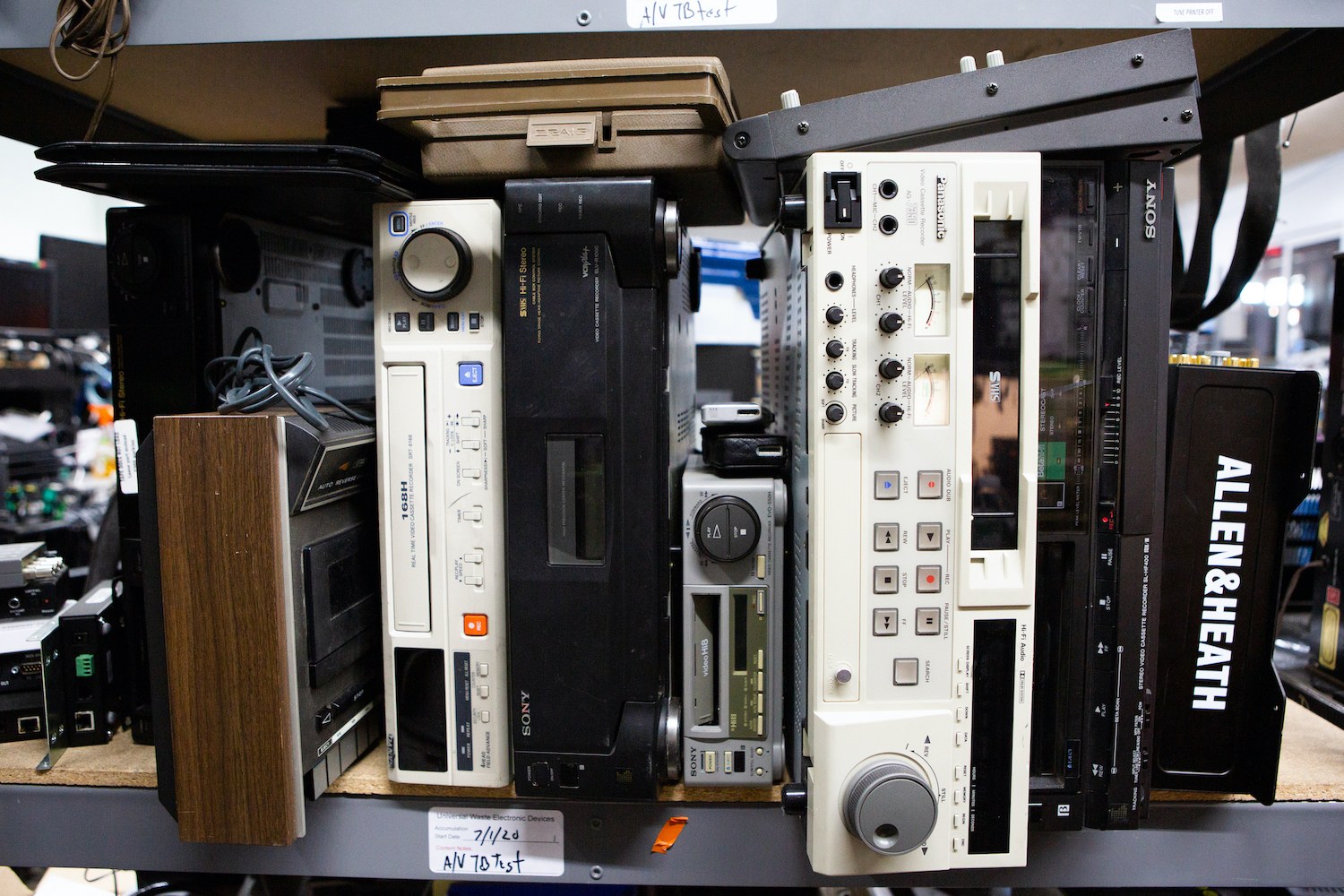 “We kind of relate with giving people second chances. Same thing, like giving electronics a second chance, right? That's what we like to do,” says X Cam.

Director of Reuse Brian Fox says Homeboy Electronics picks up old electronics from hospitals, banks, movie studios and small businesses, and refurbishes or repurposes as much as they can.

“And any of the good stuff, we're going to set aside: laptops, desktops, audio, video equipment, anything like that. And then all the stuff that maybe is too old, no longer usable … we're going to demanufacture that.” 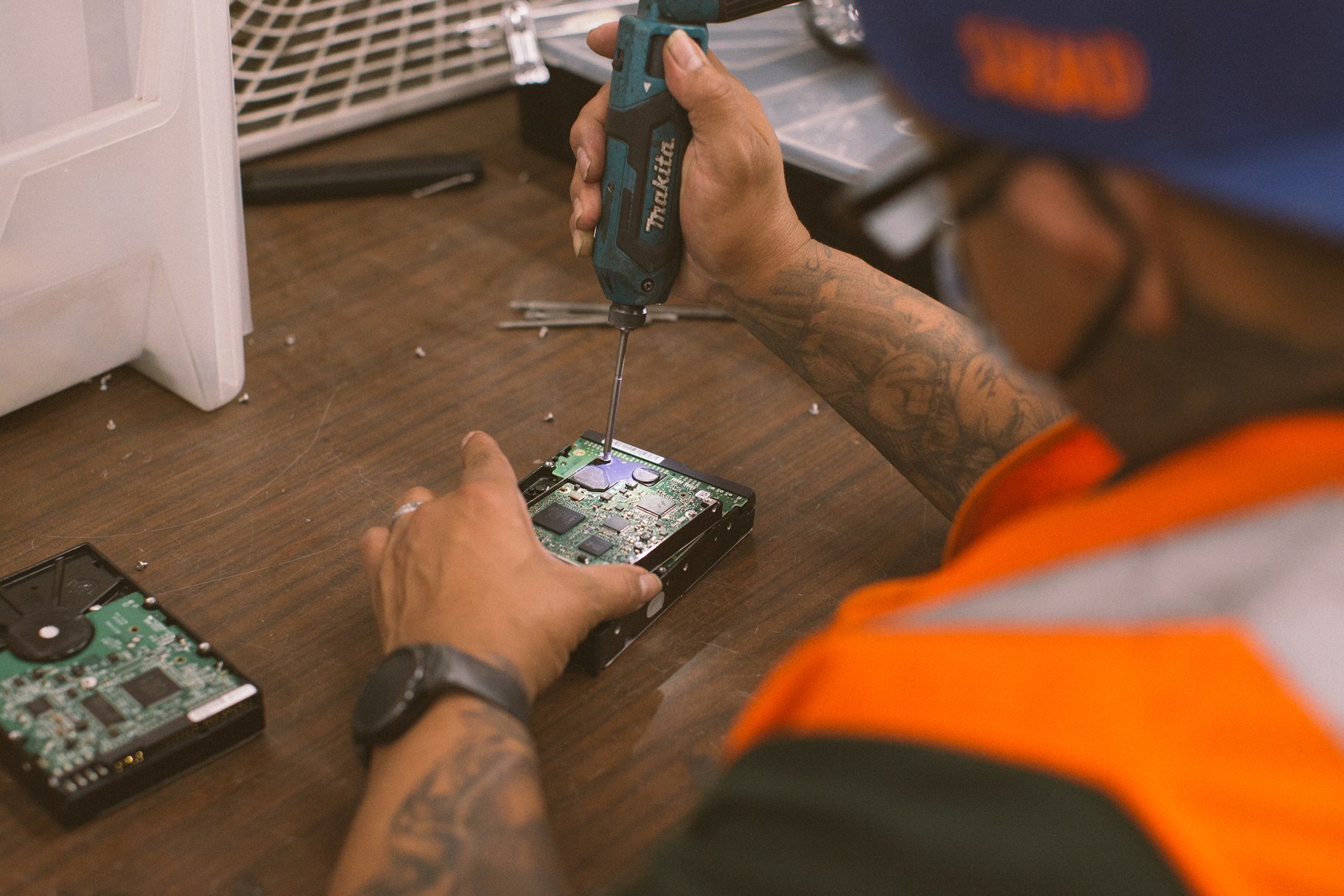 Workers refurbish, repurpose and resell tens of thousands of pounds of electronic waste per week. Photo by Beau Ryan.

Newer goods get refurbished and resold once their data has been fully scrubbed. It typically moves overseas, where there is more demand in the used electronics market. Everything else, such as the old floppy disk drives and aluminum heatsinks, get sold as scrap.

But Homeboy Electronics Recycling has another goal as well. It’s a for-profit branch of Homeboy Industries, the nonprofit that offers formerly gang-involved and incarcerated people training in skills ranging from screenprinting to cooking.

Operations Manager X Cam is one of those people. He was first incarcerated at age 15, and moved out of the juvenile system into a prison by 17.

“I did a lot of time in prison. When I first came home … they gave me a chance. I was hired part-time to begin,” he says. “People make mistakes, obviously, like after we serve our time, we would love a chance to be treated like normal again, instead of being ... pushed back in a way.” 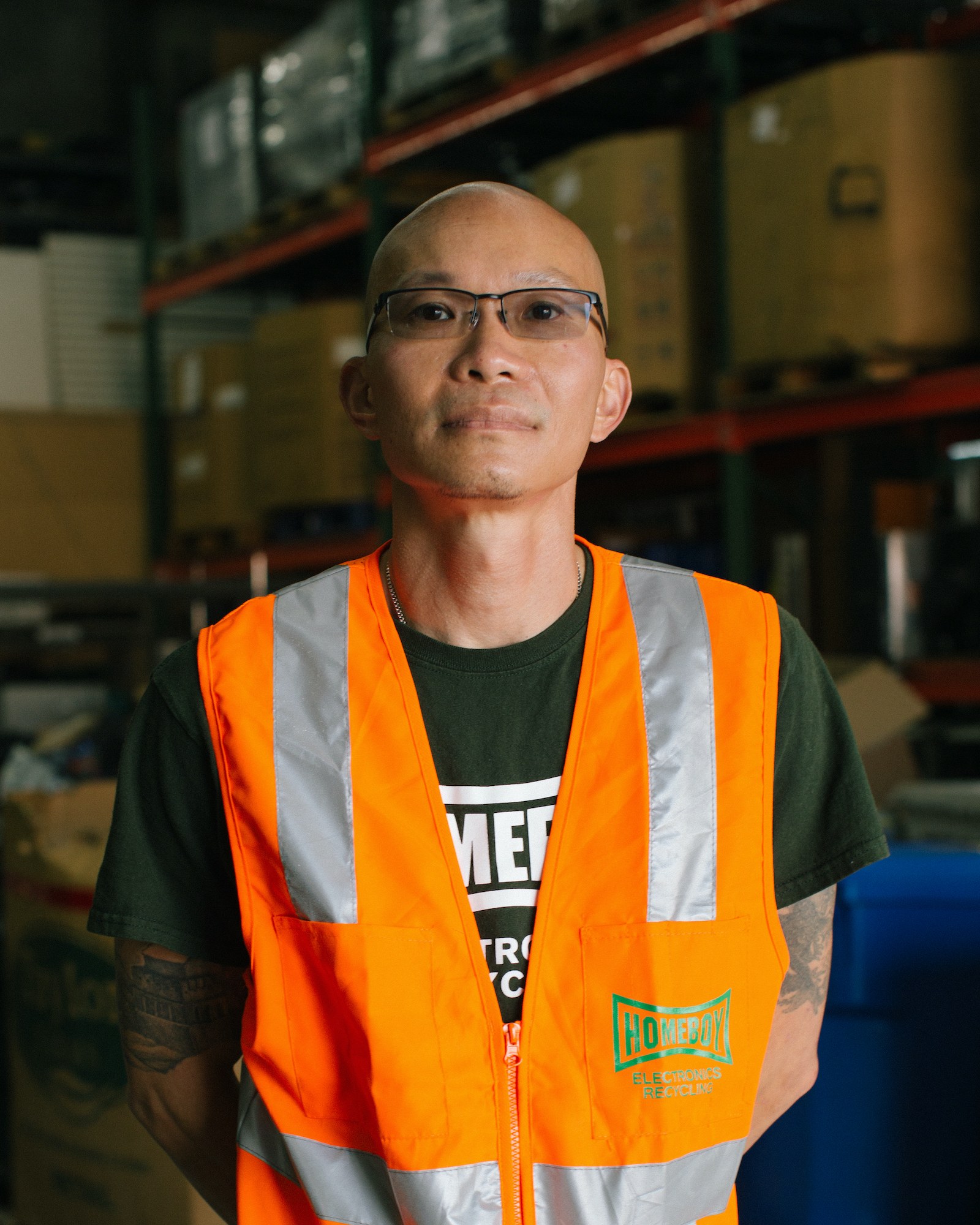 Kornspan estimates that for every 100,000 pounds of electronics that Homeboy Electronics recycles, they create a new job. And on average, they process 30,000 to 40,000 pounds per week.

“Electronics are being created and manufactured constantly all the time, there's always a new gadget to get. So every single person has either a junk drawer or a closet full of electronics that they don't need anymore,” says Quality Assurance Manager Ana Pacheco.

In 2020 they refurbished more than 5,000 computers, and the number is growing. Today it’s printers and VCRs, but soon there’ll be countless electric vehicle parts and solar panels that reach the end of their lives, meaning toxic lithium ion batteries and photovoltaic cells that will have to be gotten rid of, somehow.

But X Cam says recycling isn’t the best way to reduce the amount of electronic waste heading to landfills. Solutions start on the consumer level.

“Be aware of what you are buying, educate yourself a little, like make sure these [sic] stuff don't end up in the trash, end up in a landfill because they're definitely not biodegradable. And with all the amount of electronics that we use, it's just going to fill up a landfill, poison the land, and that is just going to really do major, major damage to the world.”

Alex Padilla talks about his journey from Pacoima to Washington D.C. and his plans in the Senate.

Wasted: How formerly incarcerated workers in LA are tackling the world’s mounting e-waste

Homeboy Electronics Recycling is refurbishing, repurposing and reselling tens of thousands of pounds of electronics every week, all while employing formerly incarcerated and...

South African artist Simphiwe Ndzube’s new exhibition at Nicodim Gallery in downtown Los Angeles opens on February 13. The show is titled “ Like the Snake that Fed the...