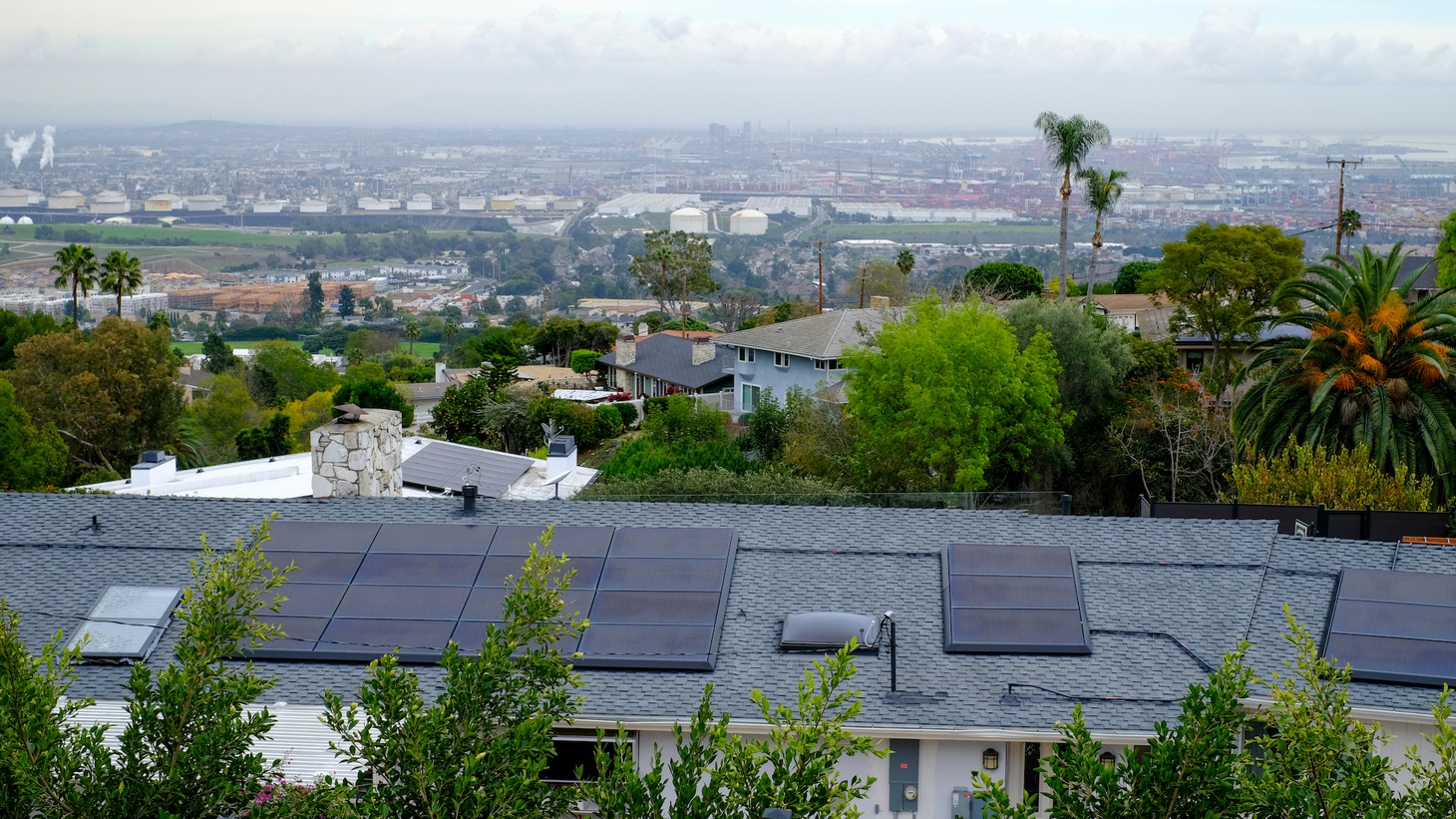 A house is equipped with solar panels in Palos Verdes, California, January 2, 2023. Photo by Amy Ta.

Small contractors that specialize in solar installations are welcoming an unusually busy winter season in the Los Angeles area this year ahead of an April policy change that will slash California's incentives for rooftop solar.

“I don't think there's any doubt that we're going to see a stampede to try to get applications in under the wire,” says Jim Jenal, a Pasadena-based installer who’s already seen a 30% increase in jobs since the new rules were announced in December.

If customers get their applications approved for rooftop solar before April 14, they get locked into today’s cheaper system. This means installers like Jenal are racing to get jobs done before prices go up and business shrinks. 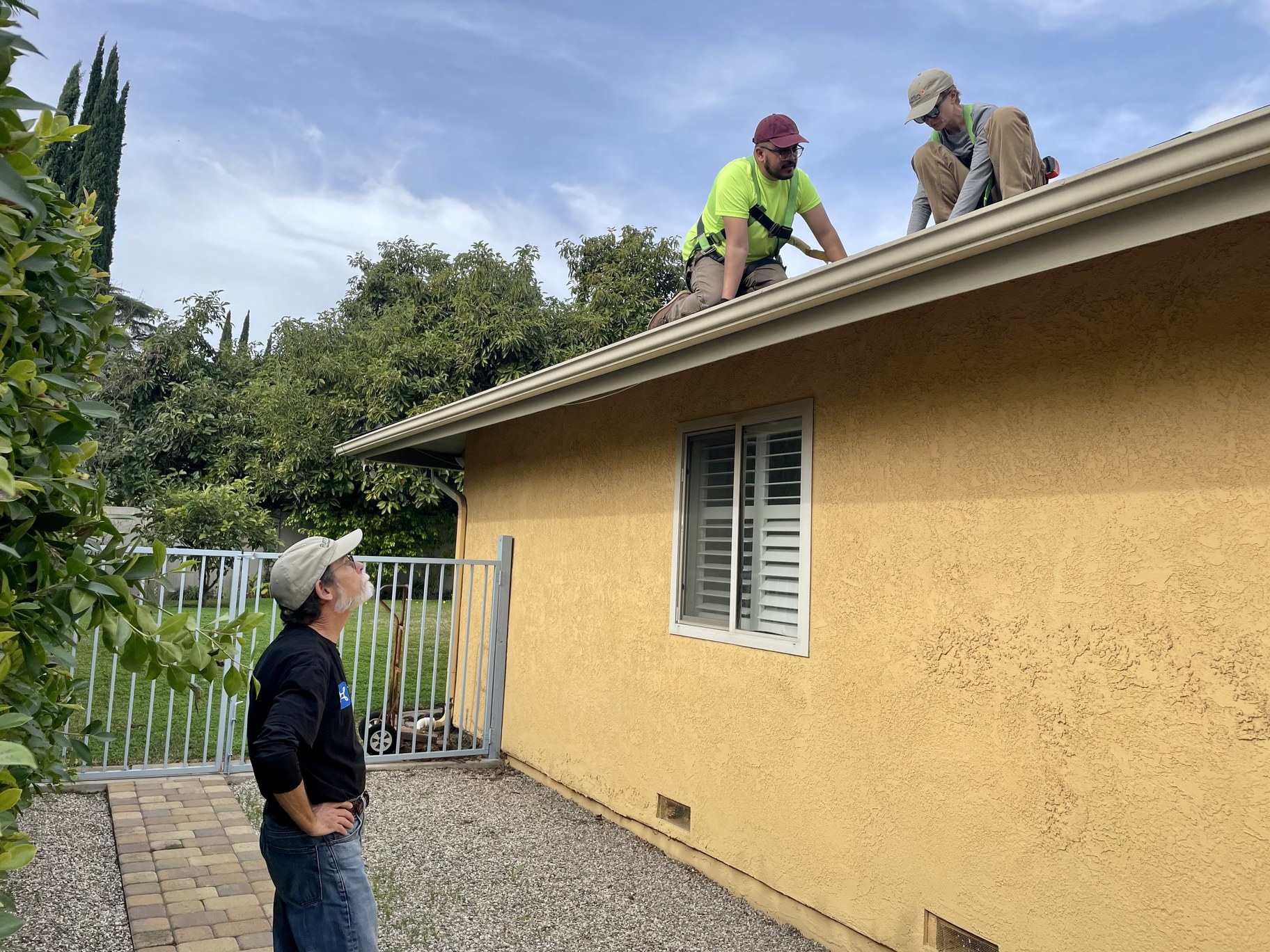 Year-round sun, urban sprawl, and generous state incentives have meant a solar boom in Los Angeles over the last decade. The LA metro area now leads the nation in solar power, generating more megawatts than any other city, according to a 2022 report by the nonprofit organization Environment America Research and Policy Center.

The changes, known as Net Metering 3.0, are the result of months of controversial policymaking by the California Public Utilities Commission, which argues that customers who can’t put solar on their roofs have been subsidizing those who can afford to do so.

The new rules will drastically reduce how much these utilities reimburse customers for the electricity they create with rooftop solar. The new incentive structure was also designed to push people toward adding battery storage when they install solar.

Industry experts are split on whether the new rules will help or hinder California’s goal to reach 100% renewable energy by 2045. And after April, it’s not clear what’s going to happen to demand for solar panels on individual homes.

Bernadette Del Chiaro, the executive director of the California Solar and Storage Association, says she believes there will be a backlog of installations in the months following the April deadline, followed by “layoffs and business closures as a result of this decision.”

Del Chiaro explains this could hit small installers the hardest because they make up the bulk of the industry. The changes also raise questions about effects on the growth of green jobs and solar power overall in the state, since the current program is credited with helping put solar on 1.6 million homes and businesses. “California should not be shutting down solar businesses or laying off solar solar workers,” she says.

Industry experts agree that the growth of rooftop solar will probably slow somewhat. But that is not the only place where green jobs and renewable energy will be created, says Severin Borenstein, a professor at UC Berkeley’s Haas School of Business who studies the economics of renewable energy.

“There will be grid-scale renewables, wind, and solar, and batteries and lots of other technologies. And my view is that all of those should be competing,” says Borenstein. “We should not be putting our thumb on the scale for rooftop solar, which is what we've been doing.”

As for those small mom-and-pop solar installers, Borenstein points out that most of them don’t exclusively do solar. They also take traditional electrical jobs too. “Solar is probably going to be a smaller part of their business,” he says. “I would advise them to develop the expertise on battery installation because that's going to be a big deal.”

That advice applies directly to Johnny McCormick, a small solar installer based just south of Lake Elsinore in Wildomar. Solar makes up 80% of his business, and the territory he serves is under SCE and SDG&E, which means all of his new solar customers will be affected by the changes.

He needs to book one job per week to keep his five employees on payroll. Because he expects to lose a lot of business under the new rules, he’s planning to use his electrician’s license to pick up work like electric vehicle charger installations and panel upgrades, for a team which includes his two sons and nephew.

For now small solar installers like McCormick will keep  working to help as many customers as they can and then see what happens when the new rules go into effect in April.

“All these guys give their all, when they come to work … our jobs are not easy,” McCormick says of his team. “You don't want to hand out pink slips to anyone.”

Rooftop solar is about to get more expensive, so local solar installers are busy but expecting tough days ahead.

The Imperial Valley is known for agriculture. But some farmers there are switching from crops to solar panels, which would change important features of the region.

Simone Forti, known for her dance “constructions” and multimedia pieces, has her first career-spanning West Coast exhibition up now at MOCA in downtown LA.