The Planet Fitness where Mark goes every morning. Photo by Amy Ta.

The gym is an important part of Mark’s routine, because he’s one of about 16,000 Angelenos who live in their cars. And like many people without a stable place to live, Mark relies on the gym to keep up the appearance of being housed.

“You can last about three days living in your car before you need to get to an adequate place to shower,” Mark says. “And then you begin to be noticed by other people in society that you’re looking scruffy, and looking homeless, and maybe you’re even smelling. So I had a gym membership that I found critical to my survival in this lifestyle.”

Mark lost his home about a year and a half ago, after living in a converted “surfer-style” apartment in San Diego for about 10 years. When the other person on the lease made plans to move out without notice, Mark couldn’t afford to pay the full rent, so he decided to temporarily move into his car.

He says he’s tried to make the best of it, but it’s a difficult situation. He sleeps in the fetal position in the back seat of his car.

“I didn’t want to ask for help because I knew there were people who really needed help,” he says. “But you wake up enough times with the fingerprints of drug addicts trying to peer through the tint on your window to try to see who’s on the other side of that window snoring, and it makes for a very restless, fearful sleep.” 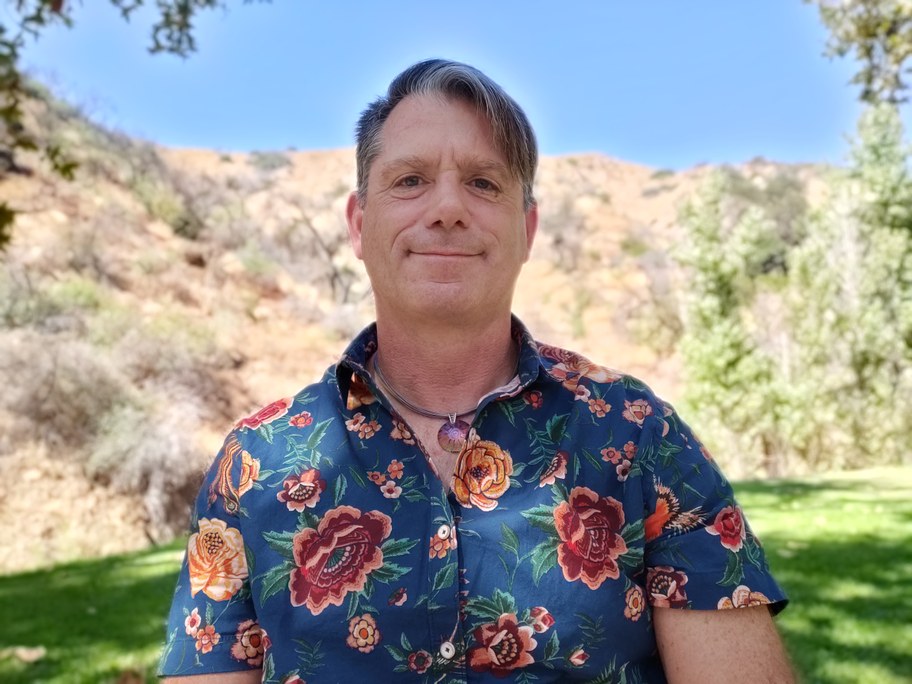 Mark. Courtesy of the guest.

A couple of months ago, Mark moved into a safe parking program in the lot of a synagogue.

Emily Uyeda Kantrim is the associate director of Safe Parking LA, which coordinates the synagogue’s program and half-dozen others like it around the city. She says a gym membership can be key to keeping someone from feeling – or being – isolated from their community.

That’s why, as part of the safe parking program, members of the synagogue decided to fund gym memberships for the people staying in their lot every night.

Ericka Newsome did her best to keep up appearances when she got evicted. She had a good job working at a bank, but couldn’t manage a rent increase on her stagnant salary. So she moved into her car, sleeping in the bank’s parking structure, and showering at the gym.

“It was embarrassing,” she says. “So nobody would find out, I had to kind of pretend like I was leaving. Like at the end of the day, I’d drive off and maybe go to the storage facility so it looked like I was going home.”

Eventually, Newsome's boss found out. She got fired. She took it hard.

“The first thing I did was I drove all the way up to the top of the sixth story parking structure, and I was actually about to jump. I had nothing left,” she says. “But then before I did, my [therapist’s] card fell out of my dress pants, and I saw that I needed to go back and see her. Let her know what happened.”

After a difficult period, Newsome's situation improved. About a year ago, she was living in her own apartment.

Meanwhile, Mark is still in his car, still working and saving money. About a week ago, he says he met up with a friend from San Diego, and they were each surprised to learn that the other was, as he puts it, "discreetly homeless.” It’s common, he says.

Santiago Tarver contributed to this report.


What do you want to know more about?

If you're homeless, a gym membership can help

As leaders from around the world convene at the United Nations to talk about climate change, young people in Greater LA are also drawing attention to the problem.