A poster hanging at the NOlympics meeting last month, where activists from Los Angeles and Tokyo talked about the families displaced by preparations for the Olympic games. Photo by Jerome Campbell.

As Los Angeles prepares for the 2028 Olympics, local activists are calling attention to the displacement of low-income communities in the city, blaming the Olympics as a tool of gentrification.

“There's really no denying that the Olympics destroys cities, that they destroy communities,” says Anne Orchier, an organizer with NOlympics, a group fighting to ban the Olympic Games.

She adds, “The politicians are starting to say the Olympics have been bad, but they can make them better. But we're not interested in making them better.”

Orchier says since Los Angeles city officials landed the bid for the 2028 Olympic Games, families in rent controlled apartments have begun to get evicted from properties near the sites of the games, like the Banc of California Stadium. In their place, developers are beginning to build hotels.

Although gentrification has been reshaping South Los Angeles for several years, Orchier and other activists say the Olympics has catalyzed new projects to be finished by the 2028 games.

NOlympic organizers say the rapid change to low-income neighborhoods is an inevitable part of the Olympic preparation process. Their solution: End the games.

“Even if reform is promised, there is no actual incentive for anyone involved with the Olympics to reform. The reason that people support the Olympics in the first place is to make these land grabs, is to disenfranchise people, is to banish people,” says Orchier. 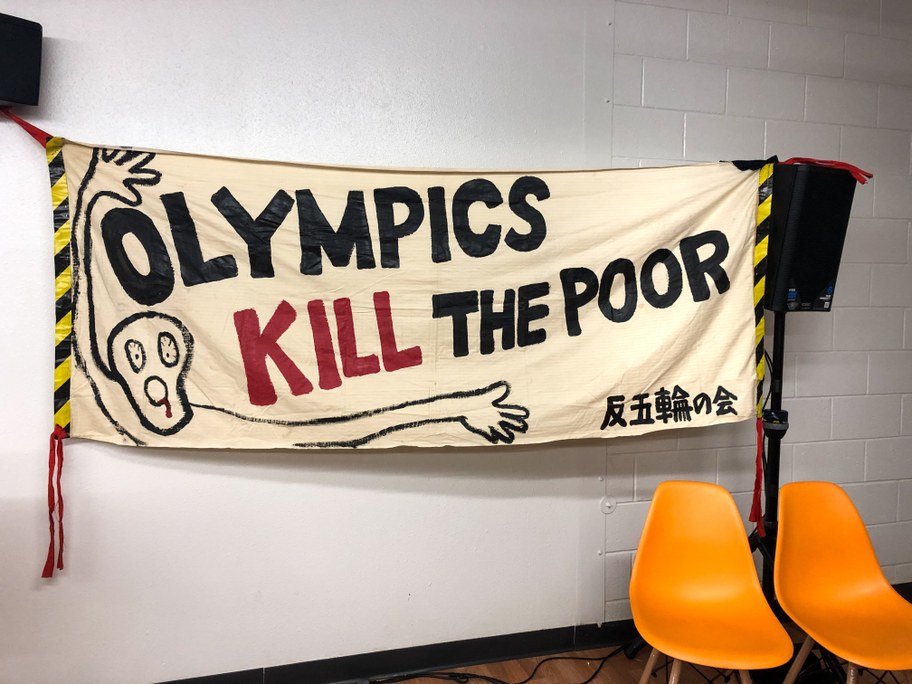 In November, the NOlympic committee held a meeting with the Institute on Inequality and Democracy at UCLA Luskin and LA CAN. It was to educate local residents on how low-income neighborhoods in other countries have been swept out to make way for new hotels and high rises.

The organizers also hosted activists from Tokyo-based Olympic watchdog groups No Kai and Okotowalink. They discussed how preparations for the 2020 Olympic event pushed Japanese residents out of affordable housing.

Li Mbasani, who previously lived in London around the 2012 Olympics, was in the audience during the meeting. He says many of his neighbors lost their homes in public housing to hotels and high rises. Now he sees the same transformation in Leimert Park, where he currently lives.

“[In east and south London], [the Olympics] pretty much ruined the opportunity to get affordable rent. If you are middle class or working class, [the event] completely ruins it. There's no chance,” Mbasani says.

Los Angeles city officials say they don’t expect the same problems in their preparations. The city’s 2028 Olympic strategy specifically calls for a “no-build plan.” Dorms at USC and UCLA will house athletes, and the city’s existing stadiums will host the events.

Doane Liu, the city’s chief of tourism, says the plan harkens back to LA’s plan for the 1984 Olympics, which many economists celebrate as among the most financially successful plans for the games.

“We're not requiring any city tax dollars to be used for any of the infrastructure to build the games,” says Liu. “That's how we're different from a lot of these international bids that have lost a lot of money because the cities are required to build things. All this economic impact that's coming is based on the strength of the infrastructure that we have existing today.”

Liu adds that he doesn’t accept the idea that hotel developers are building in anticipation of three-week Olympic event. He points out that LA is a growing tourist destination.

Plus, people love the Olympics. Loyola Marymount University conducted a poll in 2017 that showed 83% of LA residents desired the 2028 games. (The LA24 committee partially funded that poll.)

Fernando Guerra, who runs the Center for the Study of Los Angeles at LMU, says NOlympics organizers have a legitimate hypothesis that the Olympics will disproportionately affect communities of color, but there is not enough evidence to make a definitive claim. The overall impact might be good, he adds.

“Every major project that we undertake in Los Angeles has a disproportionate impact on poor people and people of color. But let's take a look if there is a potential to have positive impacts, both in terms of employment, economic development, housing, community psychology,” says Guerra. 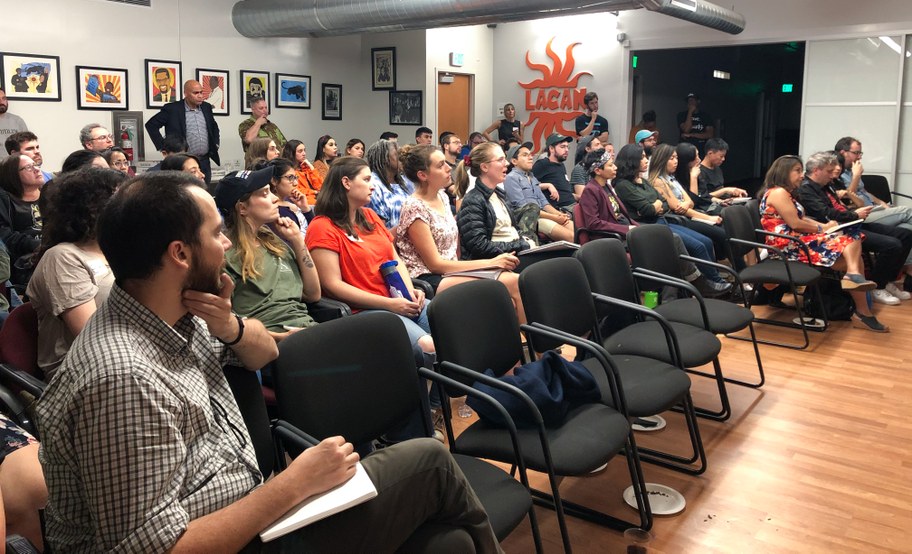 However, Victor Matheson, a professor who studies the economic impact of the Olympics, says activists are right to worry even if the city benefits overall.

He points out that thousands of residents in Beijing were displaced to make way for the city’s venues for the 2008 Olympics, although the city considered the international games a success.

Matheson also underscores that most cities break even on the cost of Olympic preparations, but hotels and construction companies usually make the most money off the event.

LA activists blame Olympics as a tool of gentrification

As Los Angeles prepares for the 2028 Olympics, local activists are calling attention to the displacement of low-income communities in the city, blaming the Olympics as a...

The demise of SuperShuttle

You’ve seen the iconic, bright blue SuperShuttle around LA. You’ve probably ridden in it, or maybe you’ve paid $19 to get a ride home from LAX. Well, December 31 will be the...

Should Hollywood Boulevard always be closed to cars?

“Star Wars: The Rise of Skywalker” had its glitzy premiere on Monday. That’s 42 years after the original movie came out in 1977. Mayor Eric Garcetti tweeted, “The Star Wars...