Angel Picazo cuts hair in his garage while wearing a face mask and gloves. Photo by Angel Carreras.

Hair salons have reopened in LA County, but when the COVID-19 pandemic kept them closed for more than two months, one South Central barber was cutting hair illicitly out of his garage.

Picazo kept cutting hair because he needed the money. 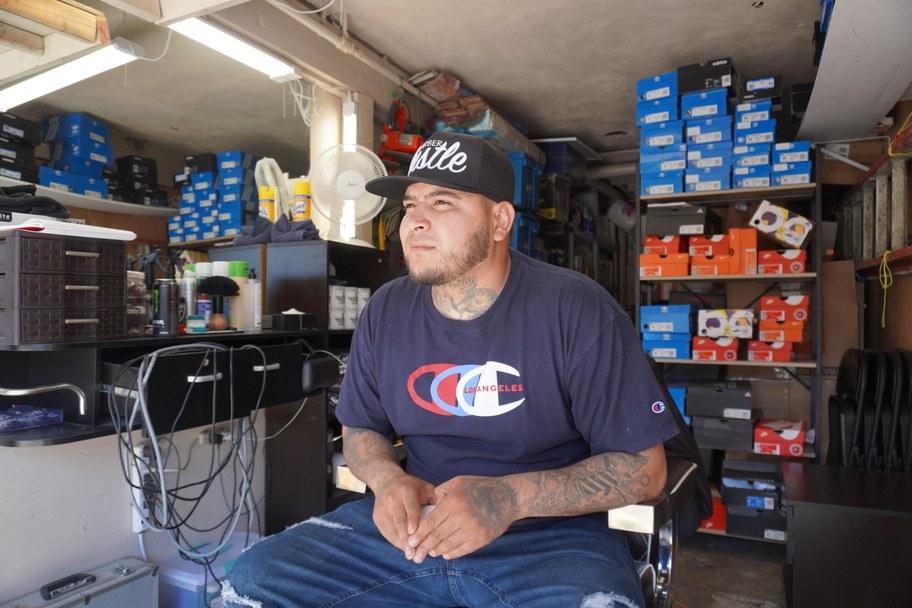 Angel Picazo sits in his garage, where he cuts hair. Photo by Angel Carreras.

He tried working as a delivery driver — a job deemed essential — for the logistics company OnTrac. His pregnant wife rode with him on those deliveries. That worked out for a couple of days — until an accident occurred.

“I see a white lady saying, ‘Hey, is that lady with the packages with you? She fell.’ The first thing in my head was my daughter.”

The baby turned out to be okay, but Picazo’s wife broke her ankle. The deliveries stopped after that.

Picazo wondered how he could make money while keeping close to home, in case his wife needed anything.

He decided to go back to what he did best: cutting hair. He took his gold-coated clippers, his shop clientele, and headed for the garage. The gamble paid off. 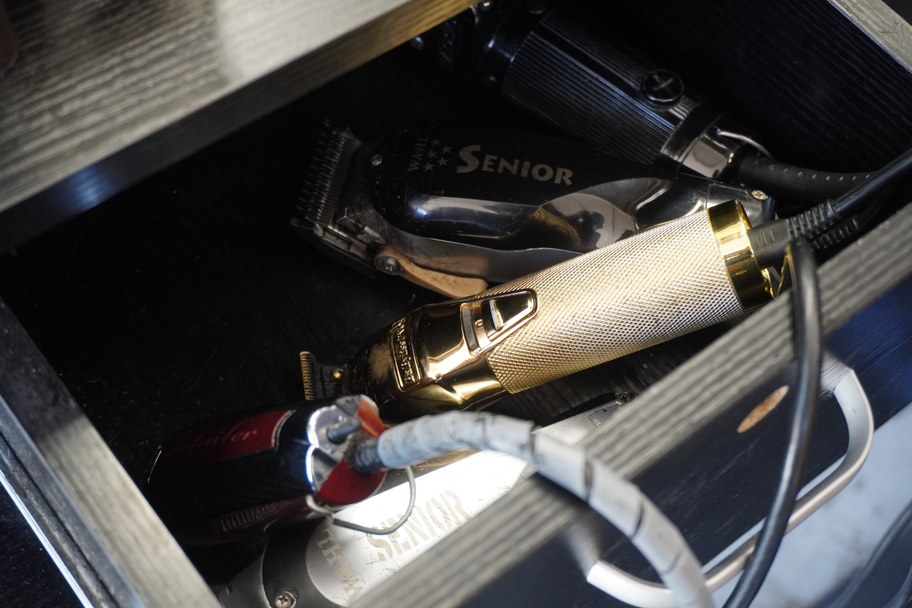 “It was crazy because everybody needed a haircut,” he says with a laugh. “They started hitting me early, saying ‘I need a cut, can you get me in.’ It was getting super wild.”

He already had a large Instagram presence, so it wasn’t tough to get the word out.

During lockdown, Picazo served people that should’ve been citing him or shutting him down. 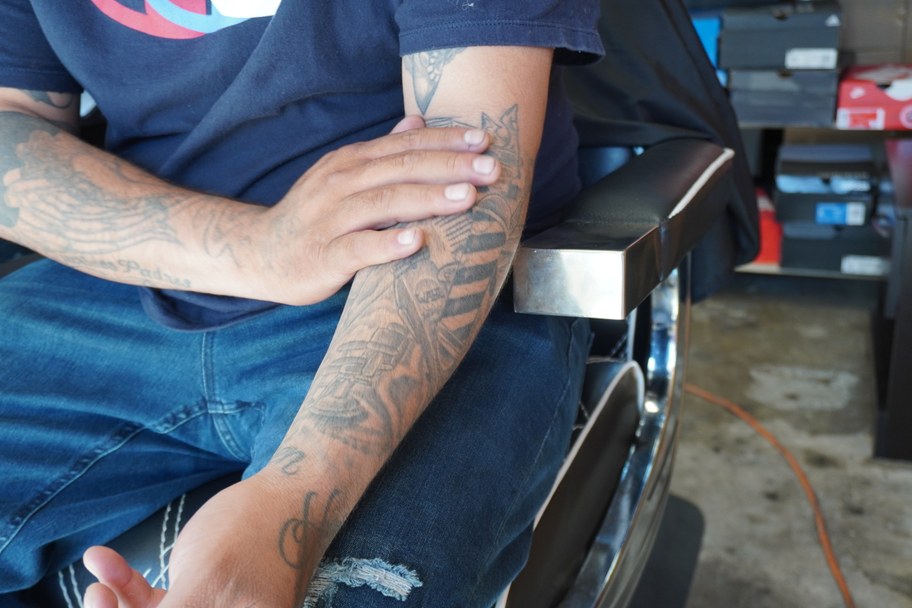 Picazo has cut hair for more than 10 years. He commemorates his love for the craft with tattoos. Photo by Angel Carreras.

Regardless of who his client is, Picazo doesn’t overprice. Haircuts are $20. The low price kept the whiteboard on his garage wall busy from 7 a.m. to 5 p.m.

“A lot of people lost their job [because of COVID-19]. … They can’t afford not [sic] even a gallon of milk sometimes, you know? I'd rather charge what I charge and keep a busy board than charge 150, 160 bucks for a haircut and just have one customer a day.”

Picazo makes it a point to protect his community with low prices, but how does he keep customers safe from COVID-19? How does he keep himself safe? His family safe?

There’s a lot of foot traffic coming into the garage, meaning higher chances of transmission.

Picazo sanitizes everything between customers and wears a mask. He trusts his customers to also protect him too.

But just because people aren’t coughing or walking into his garage with a collapsed lung, that doesn’t mean they don’t have COVID-19.

He’s stressed about asymptomatic transmission, but that won’t stop him from working.

Now that barbershops are open, you might think Picazo would be relieved to come out of hiding. Not so, he says. He’ll keep cutting hair in the garage, close to his wife and newborn daughter. 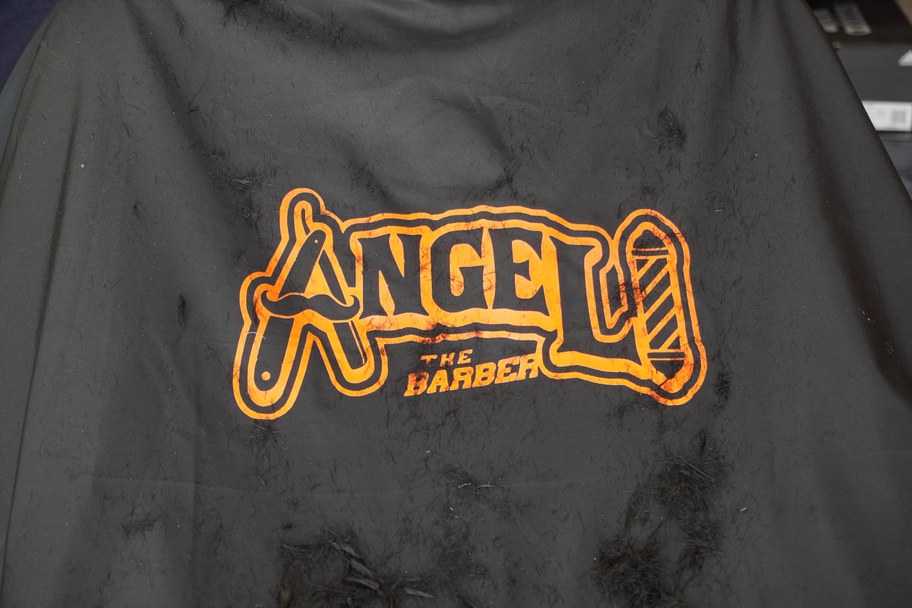 LA barber cuts hair out of his garage during pandemic

The purpose of law enforcement is to keep the peace, plus prevent and stop crime. It’s a mission of public safety.

On Wednesday, the ACLU of Southern California announced an emergency lawsuit challenging the curfews that were in effect for days.

Hair salons have reopened in LA County, but when the COVID-19 pandemic kept them closed for more than two months, one South LA barber was cutting hair illicitly out of his...