“Safety is paramount, especially in these days of high summer,” artist and author Obi Kaufmann says about the recent forest closures. Art by Obi Kaufmann.

Those forests were shut down last summer too, for the same reasons.

Should we expect massive, weeks-long shutdowns of forests each year?

“It's definitely a tool that we haven't used in the past,” says Zach Behrens, public affairs officer of the San Bernardino National Forest. “Is it something that's going to be continued to be used? I think that's something we're gonna be looking at.”

There’s a tug-of-war between maintaining safety and granting people access to their public lands. And due to climate change exacerbating fire danger, safety is winning.

It comes down to available resources, says Behrens. When the Dixie and Caldor Fires were at their peak, firefighters and staff from Southern California rushed north to assist. That meant there were not enough personnel in Southern California.

“We don't want to put people in a position where they're in the forest, [and] they're trying to escape a fire that's maybe growing bigger than it normally would because we didn't have as many firefighters,” says Behrens.

“[In] August 2020, a third of all of the land area that burned in California in the past 90 years did so in 90 days. So this is going to become a policy element where safety is paramount, especially in these days of high summer,” he says. 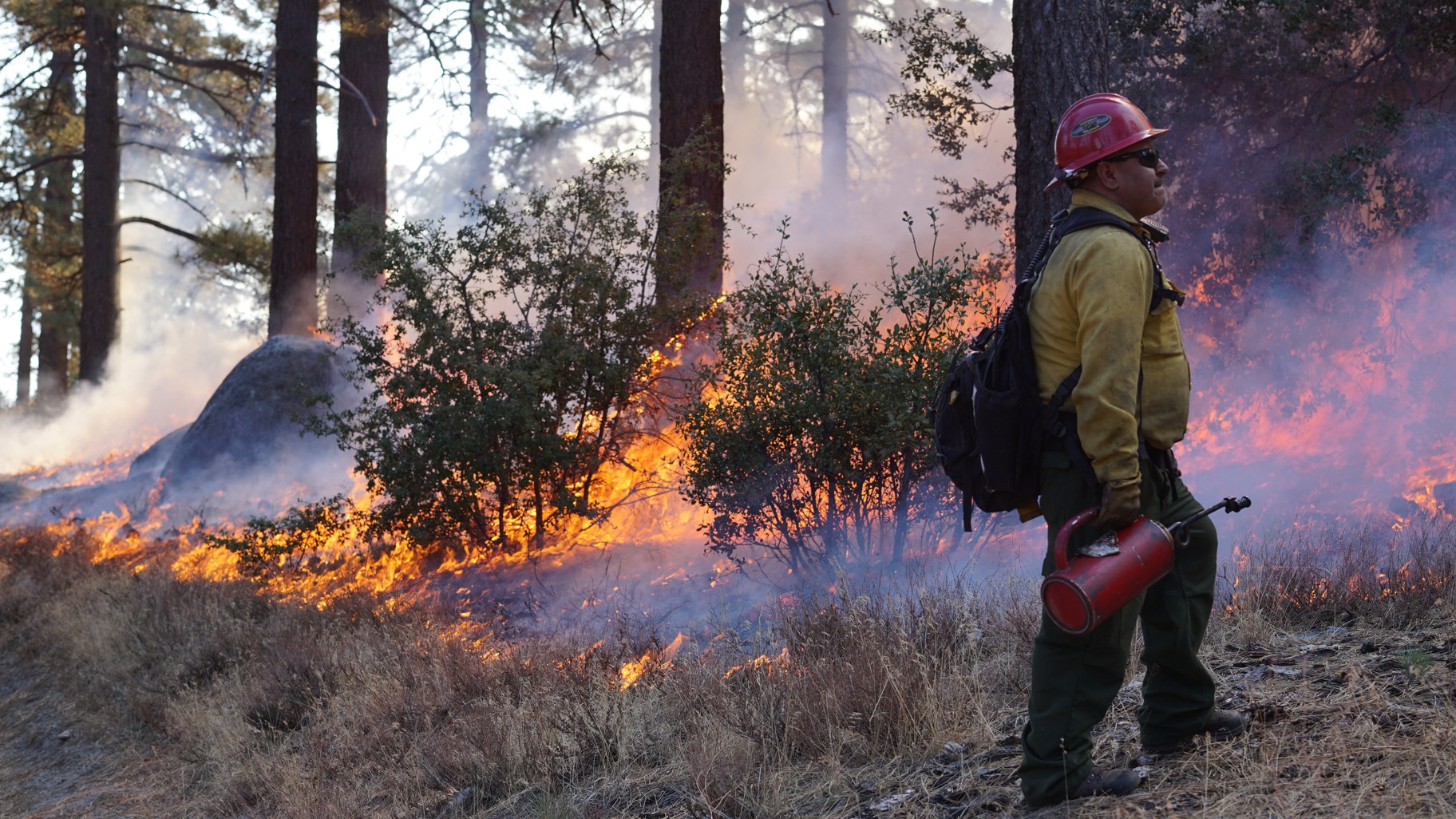 A prescribed burn on the ridgeline of Thomas Mountain in the San Jacinto Mountains is one way the Forest Service prevents large wildfires. “We return fire at a low intensity, very low flame length to a section of forest that creeps around that area in a managed way,” says Zach Behrens. Photo by Forest Service/Zach Behrens.

“It's a totally different arboreal composition, and when you're talking about habitat, ecosystem, and aridity, it's all very complex and nuanced.”

Kaufmann will be hosting a virtual event with Wade Crowfoot, California's Secretary of Natural Resources, on September 30. On a camping trip in the Sierra Buttes, the pair will discuss wildfires, water shortage, climate change, and an action plan to be better stewards of California's biodiversity.

Political leaders in LA are now turning to the race for LA’s next mayor and the candidates so far include Kevin de León, Joe Buscaino, Mike Feuer, and Jessica Lall....

In the Mojave Desert, bighorn sheep roam freely looking for food. But recently, because of drought and rising temperatures, sustenance has been harder to find. Many of the...