LAX unveils new plan for curbside pickups… outside the terminal David Shalom and his wife, Claudia, shudder at the thought of having to board a bus with their 2-year-old daughter after a long flight to LAX.

“We have a toddler and so it’s tough enough,” David says, after arriving in LA from New York City.

“A five-hour flight, then a shuttle, and a 30 to 45 minute ride?” Claudia asks. “That just sounds like a headache.”

But officials with Los Angeles World Airports, which manages LAX, say it will be worth the extra step. In the next few weeks, airport brass will roll out a new plan for pickups. Instead of catching a cab or ride hailing service outside a terminal, there will be a new, dedicated area adjacent to Terminal 1 for those services. 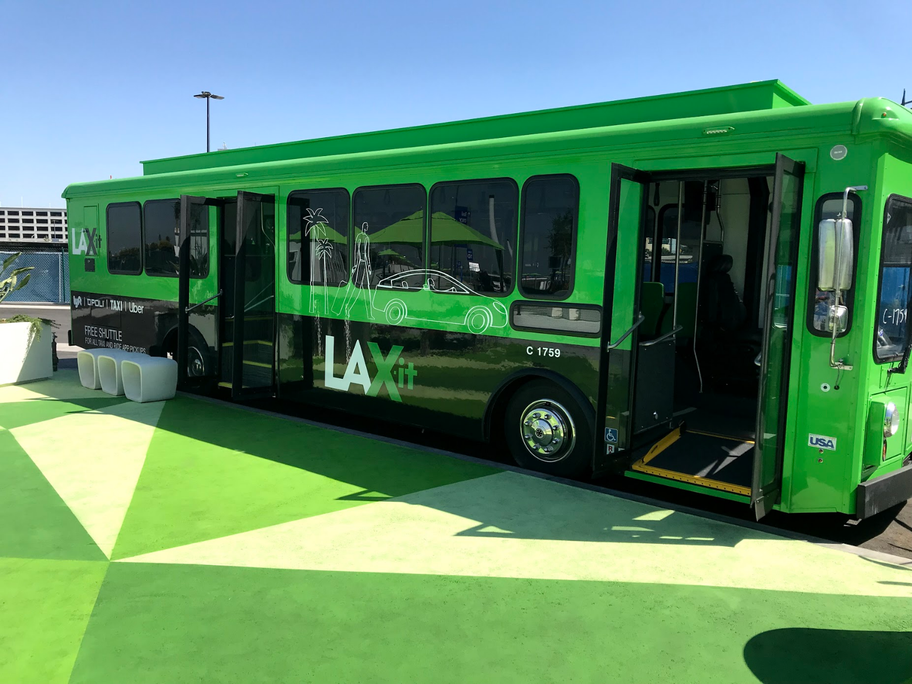 LAX officials say they expect to spend more than $100 million in the next few years on this shuttle plan, which includes roughly three dozen new shuttle buses.

The idea, they say, is to make a dent in the traffic that plagues LAX’s infamous horseshoe road.

“This program is going to take 15,000 trips a day out of the Central Terminal-area,” says Keith Wilschetz, Deputy Executive Director of the Operations and Emergency Management Group at LAWA. “The traffic at LAX is notoriously poor, and anyone who's flown to this airport knows how difficult it is… It is a situation that is not acceptable to us.”

Blaine Langston, who works in insurance and flies to LAX frequently, says he supports the change because it will make it easier for passengers to find their rides.

“You can never get geo-located with your GPS properly, so [drivers] never have any idea where you are,” he says. “They can never find you or your pickup spot.” 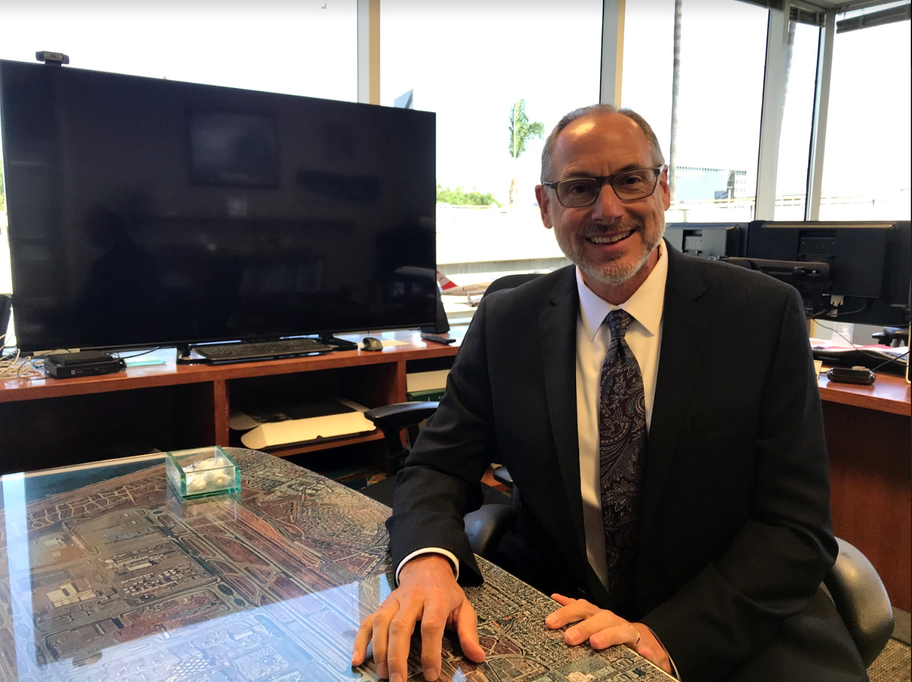 Keith Wilschetz (pictured) in his office at LAX. He says the new plan for ride hailing and taxi pickup will reduce traffic at the airport and improve the overall experience of getting home or to a hotel.

The shift is expected to begin on October 29 and is not expected to cause any changes to drop-offs at LAX.

LAX unveils new plan for curbside pickups… outside the terminal

David Shalom and his wife, Claudia, shudder at the thought of having to board a bus with their 2-year-old daughter after a long flight to LAX.

LA to forgive 2 million citations. How might that affect homelessness?

Crime is on the rise in Santa Ana, and there have been several accusations of police misconduct. That’s why the ACLU and Republican City Councilmember Ceci Igelasias are...