Some LGBTQ bars in LA have closed permanently during the COVID-19 pandemic. Others are struggling and using GoFundMe campaigns to help pay the bills. Photo by Pixabay.

Over the last 10 months, the newly built stage at Redline in downtown LA has sat gathering dust.

“I built this stage all by myself with a couple gift cards from Home Depot. I wanted to give performers something to look forward to when they come back after this pandemic,” Redline owner Oliver Alpuche says.

The early days of the pandemic were a chance to remodel his bar. He ditched his old riser stage and built a sturdy performance space for the legions of drag queens who frequented his bar before the coronavirus shut down nightlife.

“It's a void of silence. People used to fill the dance floor with laughter, cheers, and dancing and music,” Alpuche says. “And now it's just silent.”

Today, a stationary bike and an inverted bench press fill the space in front of the stage. Wooden tables, chairs, and boxes of alcohol and equipment are strewn across the typically immaculate-looking space.

The stage at Redline sits empty during the COVID-19 pandemic. Photo courtesy of Oliver Alpuche.

Redline’s current state echoes the reality facing gay bars across LA. Many are struggling to keep their doors open in the COVID economy, while 37-year-old Rage and 52-year-old Oil Can Harry’s closed permanently.

Customers are mourning the passing of all kinds of businesses — gay or straight — but these safe spaces for LGBTQ Angelenos represent something special to an embattled community.

The financial hardship of being closed but not gone

When Alpuche set out to open his bar over seven years ago, he borrowed money, sold his downtown LA condo, and emptied his 401k. To cut costs, he and his family built much of the bar themselves, including the stage, the counters, and the crowd molding.

Alpuche was doing well enough that he bought out his business partner. But today, his fiscal reality looks much different.

“I’m at the point, 10 months into this pandemic, to truthfully say I'm not okay. How can you be okay when you literally have been stuck in the rubble of a collapse, and there’s no end in the sight?”

Alpuche has taken out new loans to pay for overhead expenses that come with running a bar, like water, power, and vendor fees. He owes at least $80,000 in back rent, as well as thousands in other bills.

“We can't return the alcohol. It's just sitting in the bar. But you have to pay [the distributors and] … insurance every month, the electrical bill every month, the leased equipment,” Alpuche says. “Not one person deducted anything of what they were owed, they just want it all.”

Like all renters, Alpuche is operating at the mercy of his landlord and negotiating for more time to pay rent. The current eviction moratorium has provided some mental relief, but it doesn’t sway concern for the future.

“It's just a scary thought. Because it's like, are you going to be next? And it's not based on if I'm willing to fight, it's based on my landlord.”

It was pressure from a landlord that did in the country western bar Flaming Saddles in West Hollywood. It was a spot where hunky guys in cowboy hats and chap-wearing dancers performed on polished counters and stripper poles.

Flaming Saddles in West Hollywood was often packed before the coronavirus pandemic. It closed permanently in 2020. Photo courtesy of Chris Barnes.

Like most business owners, Flaming Saddles co-owner Jacqui Squatriglia figured the so-called COVID-19 pandemic would pass within a few weeks. Maybe even a few months, tops.

“As the pandemic got worse, we were like, okay, as long as everyone just stays healthy, we can dig out later, it's just going to be a fiasco of a fiscal nightmare. But let's just stay healthy and dig out on the other side,” Squatriglia says.

Pre-pandemic, Squatriglia says she negotiated all financial ups and down with her landlord, Monte Overstreet.

“We had a great relationship. We paid our rent on time, and whatever he needed for me, I did and vice versa,” she says. “He used to come into the bar and we had a really good relationship.” 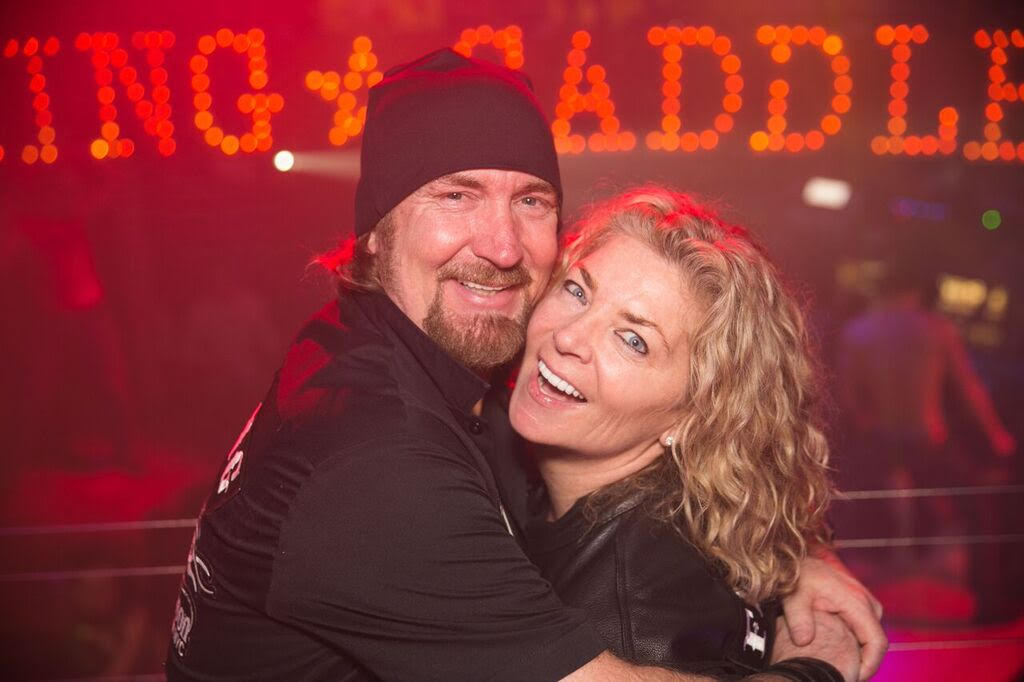 Over the summer as businesses reopened temporarily in WeHo, Squatriglia says she was pressured by Overstreet to reopen. Citing the dangers of the coronavirus, she fought against the demand and came to an agreement with him to reopen at a later date. She tells KCRW he later reneged on the verbal agreement, and both parties were unable to strike another deal, leading to the bar’s eventual closure.

Overstreet owns other properties that also housed gay bars, like Rage and Gold Coast in West Hollywood and Oil Can Harry’s in Studio City. Over the course of the pandemic, all of those businesses have been forced to shut their doors permanently.

When contacted, Overstreet told KCRW he would “rather not comment” on the closure of gay bars renting his properties.

How COVID-19 is changing the culture of queer LA

“These bars, years ago, were a place for people to explore their sexual identity. And when they started, they weren't even safe places, but they were a necessity,” says Hunter Fox, former general manager of Silver Lake-based The Eagle LA. His husband, Charlie Matula, owns the leather daddy biker bar.

Its address, 4219 Santa Monica Boulevard, has housed gay bars for decades, including The Shed and The Outcast.

“People would come there when it was The Shed in 1968, when it was illegal to touch another person. And the reason they went there is because they were trying to identify with other people that were like them,” Fox says.

The Eagle has been closed since mid-March. Without a restaurant, it’s been unable to open for takeout or delivery orders. And unlike many of their fellow business operators, the couple owns their building. It means no landlord, but Fox and Matula still have a mortgage to pay with zero cash flow.

But outside of their business woes, they miss feeling part of their community. “I feel like our family has been dismantled, due to no fault of our own,” Fox says.

“We're always been the one throwing the party or setting up the fundraiser or making it go. And to suddenly just have that switched off, it feels very powerless,” Matula adds.

Alpuche also shares that sense of loss. For him, Redline was a way to create a welcoming and inclusive space for all queer people.

“As a kid growing up in Highland Park, there were no queer spaces back then, we're talking 20, 30 years ago. The closest thing that there was, was WeHo, which was an hour and a half bus ride,” Alpuche says. “We create a space for people to come and just be themselves. And all of that was taken away March 15. As a business owner, I can't sell that to-go. I can't make people feel comfortable in their home with their unaccepting parents.”

The human loss of COVID-19

For Fox and Matula, the loss of community isn’t just about not being able to gather inside communal spaces. It’s about the body count the pandemic is leaving behind.

In the two last weeks, both Redline and The Eagle LA have launched GoFundMe campaigns to help pay the bills. They’re inspired in part by Silver Lake-based Akbar. A staple of queer nightlife for almost 25 years, Akbar reached out to its customers to help them through the pandemic and raised $150,000 in 24 hours.

While it’s hard to ask for donations for Redline, Alpuche says it’s the only way now to keep the safe space he created alive.

“Usually you're the pillar and you're trying to support people in their ventures and giving opportunities, and then you become the one who needs saving. It just hurts,” Alpuche says.

LGBTQ bars fight to stay open during pandemic, turn to loans and GoFundMe for help

As LA’s queer community grapples with the closures of popular bars like Rage, Oil Can Harry’s and Flaming Saddles, other bars are struggling to keep the lights on.

From crime to COVID, 110 newsletters aim to cover every corner of LA

Several media outlets have closed for good in LA, including the Burbank Leader, Glendale News-Press and La Cañada Valley Sun.

A campaign to recall California Governor Gavin Newsom claims to have collected more than 1.2 million signatures from Californians, mostly out of Orange County.