An illustration depicting NASA's Perseverance rover on Mars. Perseverance is expected to land at Mars’ Jezero Crater on Feb. 18, 2021. Photo by NASA/JPL-Caltech.

NASA’s Mars Exploration Program advances on Thursday when the new Perseverance rover is scheduled to launch from Cape Canaveral, Florida.

The mission of the $2.7 billion robotic rover is to gather a sample of Mars’ soil, so scientists can figure out whether the planet can support life for humans — or extraterrestrials.

“I think with Perseverance, we have the opportunity to really make advances in our understanding of the potential for life elsewhere beyond Earth,” says Katie Stack Morgan, deputy project scientist for the rover’s mission.

“It's very likely that we won't be able to answer definitively whether there was life on Mars until we bring those samples back.”

Mars exploration first began in 1997 with the landing of the rover named  Sojourner. It first gathered general information about Mars’ atmosphere and geology, and proved NASA could operate a rover from the next planet over.

Then in 2004, Mars rovers Spirit and Opportunity landed on opposite sides of the red planet and found evidence that water had previously existed there. In 2012, the Curiosity rover began its mission and analyzed soil samples on the planet to determine if small life forms, called microbes, could survive on the planet. 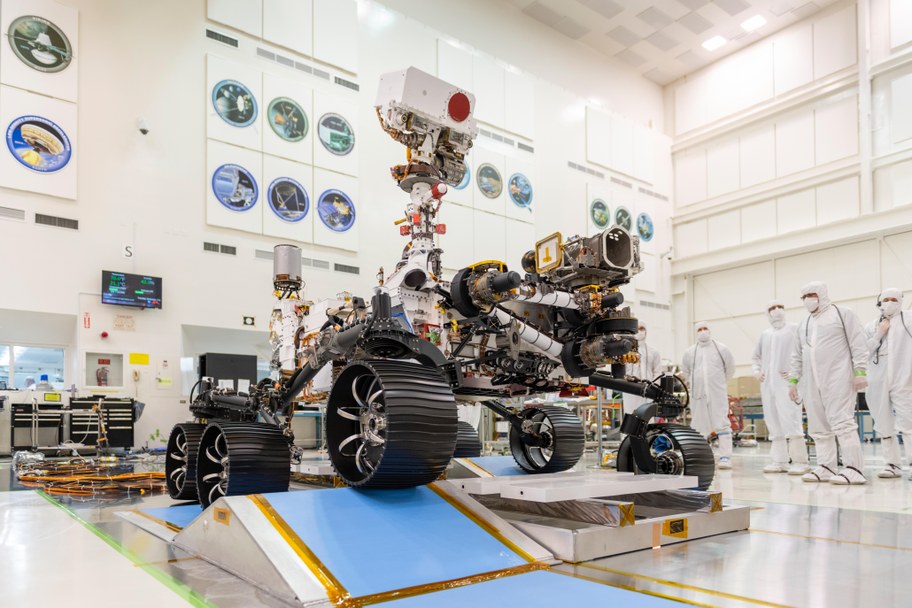 Now Perseverance is taking the next step by drilling into Mars’ surface for a soil sample, so another rover can bring the evidence back to Earth for analysis. Scientists estimate the sample will not return to Earth until 2031.

In addition, Perseverance can help scientists answer questions about how humans will survive while exploring the planet.

Elio Morrillo, a system testbed engineer at JPL, says space travel to Mars presents new challenges for astronauts, such as how they’ll breathe and return to Earth.  Scientists and engineers are looking at ways to harness Mars’ atmosphere as a solution.

“On Mars, the primary component is carbon dioxide. So [the question is] what can we do with that carbon dioxide can convert it into usable oxygen, so that the astronauts can use it to breathe and to survive on the surface, but also to use those products to create fuel for a spacecraft,” says Morillo.

About the size of a football, the helicopter will attempt the first controlled flight on another planet. Morrillo says the rover team plans to attempt five flights during the first 30 Martian days, or roughly 31 Earth days, of the mission. The aircraft is also equipped with autonomous solar panels to recharge, and it could be used to further explore the planet.

The Perseverance rover will be the third mission launched to Mars this week. On July 19, the Hope orbiter took off. It was developed by a partnership between the United Arab Emirates and scientists at three U.S. universities. On July 23, China  launched Tianwen 1, a mission consisting of an orbiter, lander and rover.

While Perseverance is scheduled to launch Thursday, a successful takeoff isn’t guaranteed. NASA has planned for a two-week launch window, from July 30 to August 15, in case Thursday’s launch fails due to weather or a tech malfunction.

The public can watch the launch on NASA’s social media accounts, including YouTube and Facebook. The first launch window is at 4:50 a.m. Pacific Coast Standard.

What the new Perseverance rover can tell humans about Mars

The Perseverance rover is scheduled to blast off from Cape Canaveral, Florida on Thursday. The rover’s mission is to gather a sample of Mars’ soil, so scientists can begin...

Scientists are looking into whether sewage (at wastewater treatment plants) can be early indicators of new coronavirus outbreaks in LA. Can waste tell researchers where the...

The Glendale Narrows section of the LA River doesn't have a cement bottom. That means plants and trees can grow there, attracting nearby wildlife. It's a nice place for a...