Rock musician Cody Marks is onstage at a gymnasium at San Diego’s Richard J. Donovan prison, a few miles from the Mexico border. About 50 people are in the audience. They're mostly wearing prison-issued blue shirts with the words CDCR (California Department of Corrections and Rehabilitation) on the back.

Marks tunes her guitar. "I know that a lot of you might think it’s weird that I play prisons. But I’m the biggest Johnny Cash fan that ever lived. I believe I was put here to continue his journey. I believe he’d be proud of all of us here,” she says.

Marks' band is made up of bass player Scott Camarota, guitarist Jef Scott, and drummer Josh Zetumer. They've been playing at California state prisons for more than a decade as part of the nonprofit Jail Guitar Doors, which offers music workshops as a form of rehabilitation. The band is picking up where Johnny Cash left off when he played live concerts at San Quentin and Folsom prisons in the 1960s. 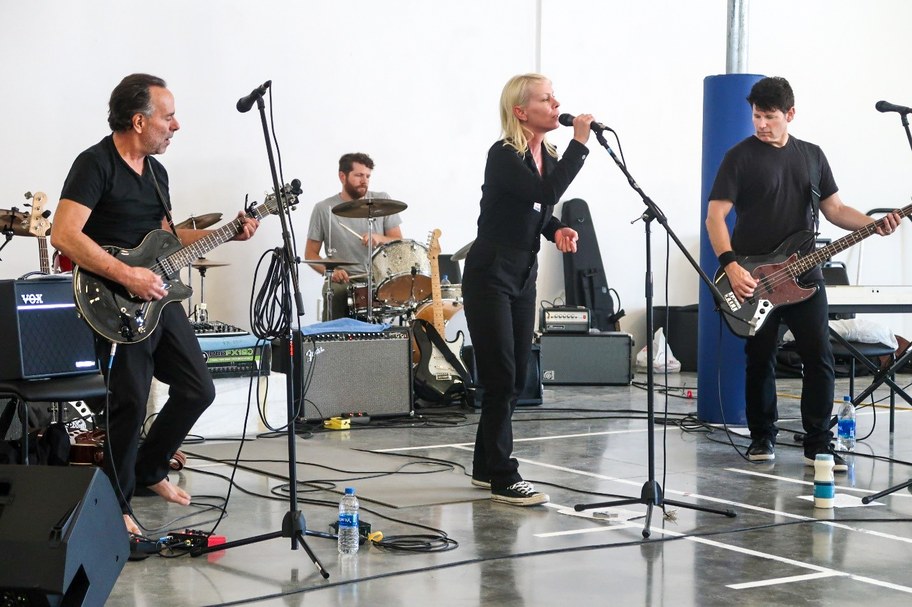 After she finishes her set, prison inmates are scheduled to perform their original songs.

Robert Hoselton, who's spent a decade behind bars for murder, says getting involved in music has motivated him to work toward an earlier parole.

Robert Watson, another inmate who has a life sentence without parole for murder, has been participating in the Jail Guitar Doors workshop, and he says learning to write songs has given him confidence to express himself.

He shares a line from one of his original songs: "I can’t hide all this damage inside, digging deep I’m trying to find, something anything to feel alive.”

Cody Marks' band plays a set that includes "American Girl" by Tom Petty and “You Can’t Always Get What You Want" by the Rolling Stones.

Then inmates perform, and the final song is a heart-wrenching rendition of Chris Isaak’s “Wicked Game.” The inmate's high notes bounce off the cavernous gymnasium, creating a haunting echo.

Marks says this is one of her best concerts. “I think there was a lot of humbleness and a lot of love. I think we did our job today.”