Photo: A community garden was created a few months ago to commemorate the fentanyl-related death of a woman who had been staying at the encampment. Photo by Jesse Hardman.

On a weekday around 10 a.m., people emerge from tents at a small encampment under the 405 freeway where Sepulveda meets Venice Boulevard. They gather around the corner where public health workers are doing a workshop on how to use Narcan, a device that revives people who overdose on opioids.

One attendee, Tyler, who declined to share his last name, stands off to the side. He’s slowly eating a bag of crackers and his eyes are barely open. He’s nodding off, a symptom of using fentanyl, a synthetic opioid 50 to 100 times stronger than heroin. 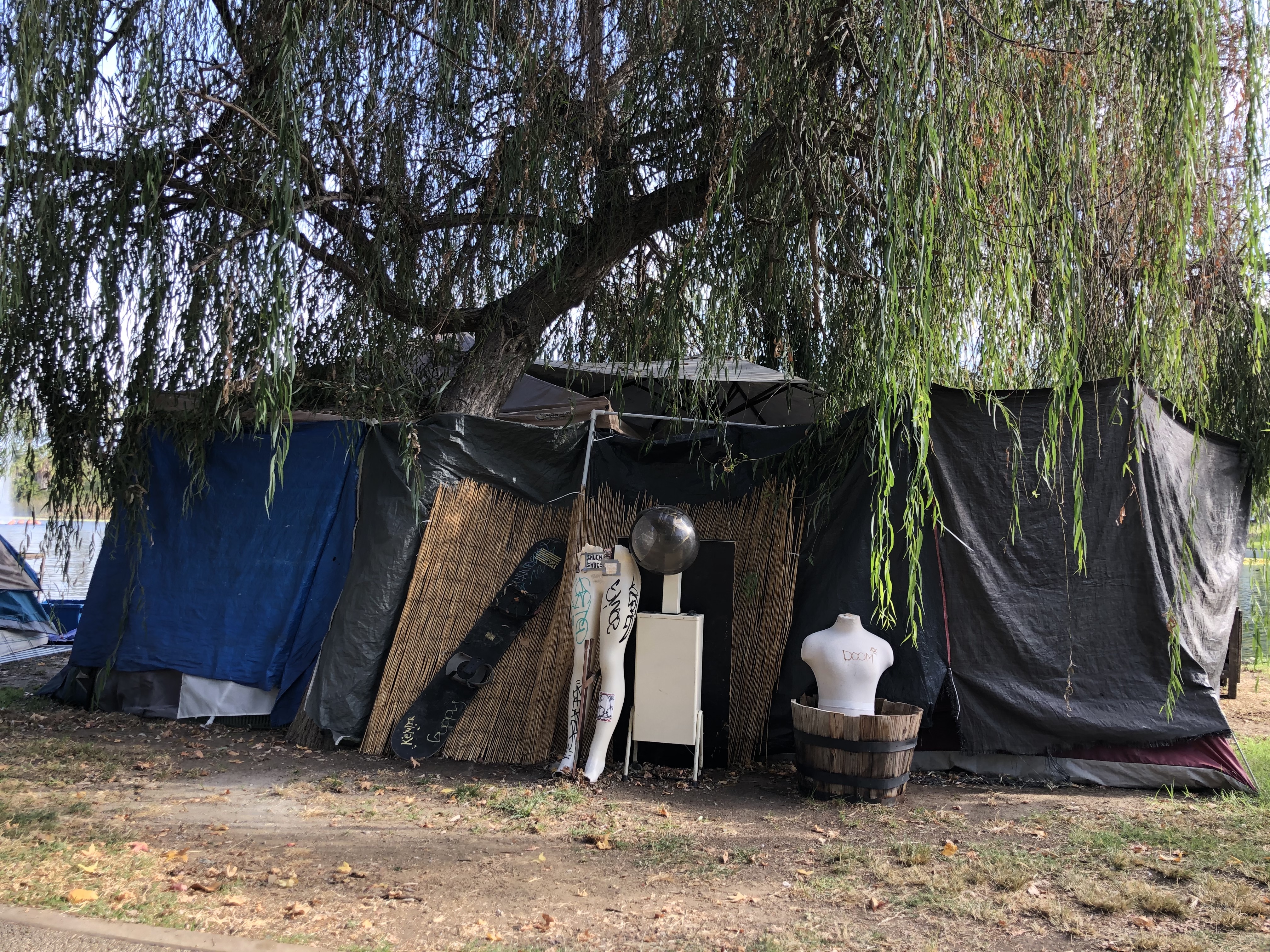 Tents sit along Echo Park Lake, where some people are struggling with opioid use disorder. Photo by Jesse Hardman.

Tyler says he remembers the first time he tried fentanyl over a year ago: “I was actually with somebody and they OD’d. Like right around the corner right here. It was the first time I did it. And I was like, I need some more of that.”

Tyler says since then, it’s been pretty much all fentanyl all the time, and that the drug makes him feel like winning the lottery (twice).

Tyler’s odds of a fatal overdose have risen by as much as 25% during COVID, according to California state health officials. Some reasons for that are fewer public health workers on the streets and COVID-related displacement and isolation. 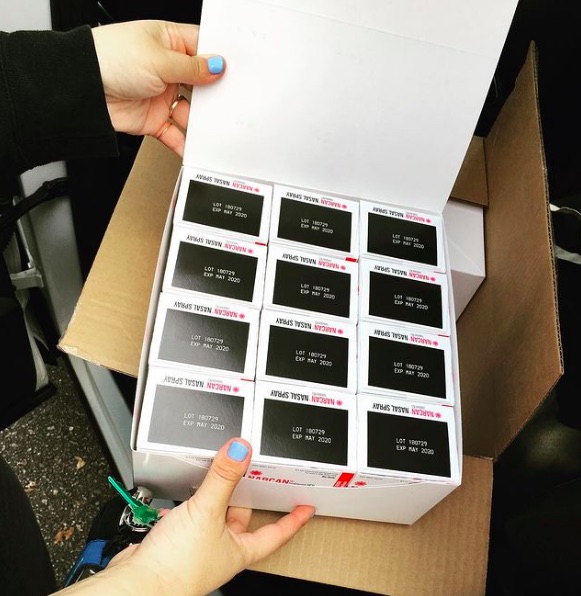 A public health worker passes out boxes of Narcan to opioid users at an encampment under the 405 freeway overpass. Narcan is a nasal spray that helps revive and potentially save people who have overdosed from opioid use. Photo by Jesse Hardman.

But COVID-19 has also brought some breakthroughs in treating opioid addiction, according to some public health experts.

Herman Llamas is an outreach worker with the LA County Department of Health Services. He looks a little bit like an insurance salesman with his close cropped haircut, wire frame glasses, and no nonsense approach. He’s carrying a duffle bag as he makes his way around Echo Park Lake, calling out to the growing tent city there.

“Community health worker. Does anybody need any medication? ” Llamas yells as he passes by the colorful tents dotting the path.

His duffle bag is stuffed with Narcan and clean needles. Some tent dwellers answer his call and point him up the lake to an area near a community kitchen. That’s where he’ll find opioid users. Llamas stares at the ground as he makes his way.

Llamas calls out again, “Community health worker. Anybody need any needles or Narcan?”

This time he gets a positive response. Two men emerge from the tent. One of them is nodding off, a sign of opioid use. The other guy says he and his girlfriend have been talking about kicking their opioid habit. Llamas disappears into their tent.

Herman Llamas spends most of his mornings ducking into strangers’ tents around LA. Very little surprises him now, including what he just saw inside the tent at Echo Park Lake — a woman with severe abscesses all over her arms from drug use.

“I asked her, how long have you had that? Because it looked like an old wound. She says, ‘I had it for a month, and it's still scabbing,’” says Llamas.

He says opioids weaken immune systems, and users are often oblivious to some of the ways their bodies are breaking down.

Llamas is pleased with the outcome today. The couple gave him medical history info and said they were interested in treatment. Now he has to kickstart a new process that’s started during COVID-19 to get them the help they need. 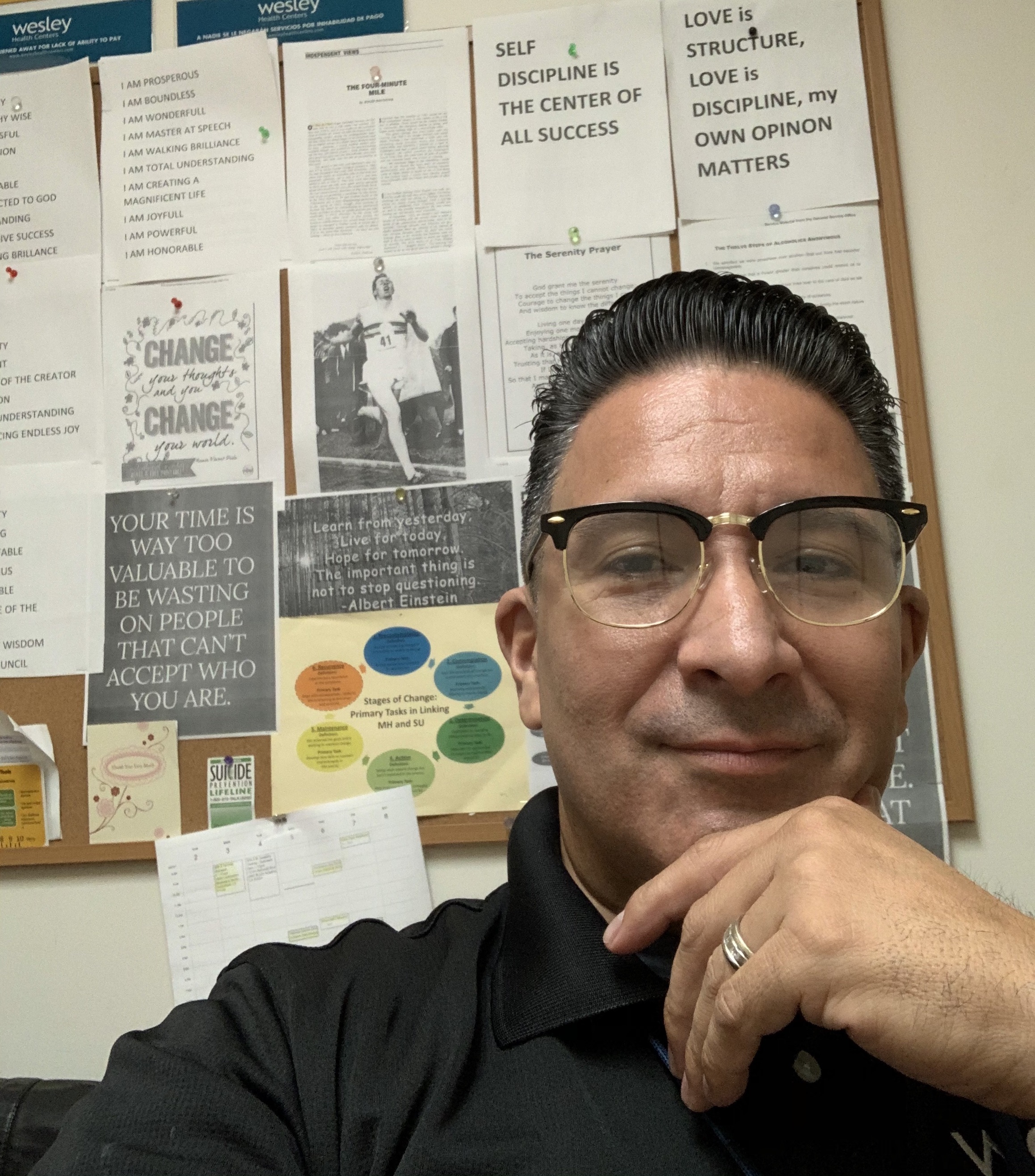 Herman Llamas is an outreach worker with the L.A. County Department of Health Services. He visits encampments around the county looking to connect opioid users with treatment and other services. Photo courtesy of Herman Llamas.

First Llamas calls an emergency physician he’s partnering with, Dr. Rebecca Trotkzy-Sirr, who is based at LA County USC Medical Center. Llamas shares some basic information on the patients with her. Later they do a short consultation with Dr. Trotzky-Sirr, and if things look in order, she writes a prescription for Buprenorphine, also known as Suboxone, a drug that’s highly effective in disrupting opioid addictions. Llamas then picks up the drug and reconnects with the patients, back at their tents, or wherever he can find them.

Trotkzy-Sirr says before COVID-19, most of that process would have to happen in person. But the pandemic forced a deeper embrace of telemedicine, making it easier for her and Llamas to literally meet opioid users where they are. She says just getting to a hospital used to be a barrier for opioid users, and if they made it, waiting in a line for hours for care was a hurdle.

“In those number of hours, somebody who uses heroin quite frequently will go into withdrawal while waiting to talk to a doctor about how to manage their withdrawal,” she says. 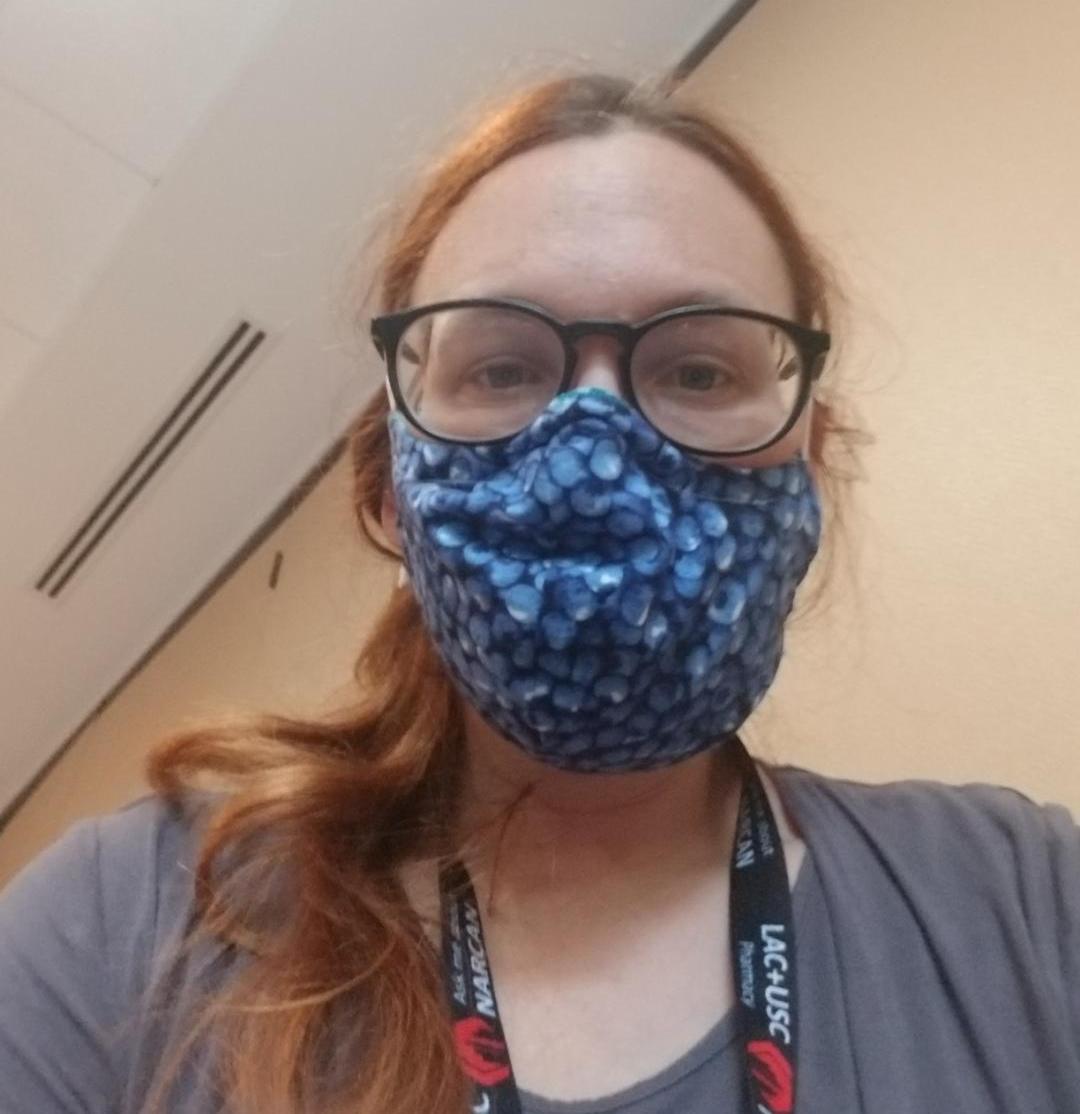 Steven Humer, 30, has been using opioids half of his life. He says he tried Buprenorphine once, and it worked, but visiting a doctor so he could get a prescription always felt out of reach.

His addiction reached its apex this past summer as he transitioned from heroin to using fentanyl. That’s when Herman Llamas came calling around his tent, at that same encampment under the 405 freeway. Llamas told Humer he could help him get him a prescription for Buprenorphine.

Humer had taken a hit of fentanyl around 4 a.m. that day. He says Herman Llamas came calling around the tents around 6 a.m.

“I had my prescription by 1 o'clock,” says Humer.

Not only did Llamas get Humer a prescription in a matter of hours, he helped him check into a COVID quarantine hotel in Pasadena where he was able to keep taking Buprenorphine, get healthy, and a few weeks later, check into a rehab center.

Humer says COVID saved his life. “I had to go to quarantine, I didn't have access to go use drugs. I was in quarantine because I was away from all that stuff,” he says.

Humer says he’s still taking Buprenorphine every day. He’s working with a doctor to hopefully wean himself off it over the next month. But there’s another part of his recovery he plans to stick with. He still talks to Herman Llamas on the phone every week.

COVID-19 has also brought some breakthroughs in treating opioid addiction, according to some public health experts.

Rep. Adam Schiff has a bill that would more than double the size of the Santa Monica Mountains National Recreation Area and preserve its wildlife habitats. “What it means is...

Morning Becomes Eclectic has 2 new hosts. Here’s how they plan to flex their deep love of music

KCRW today announced the long-awaited news that the morning flagship show, Morning Becomes Eclectic, is getting two co-hosts. Novena Carmel and Anthony Valadez will helm the...