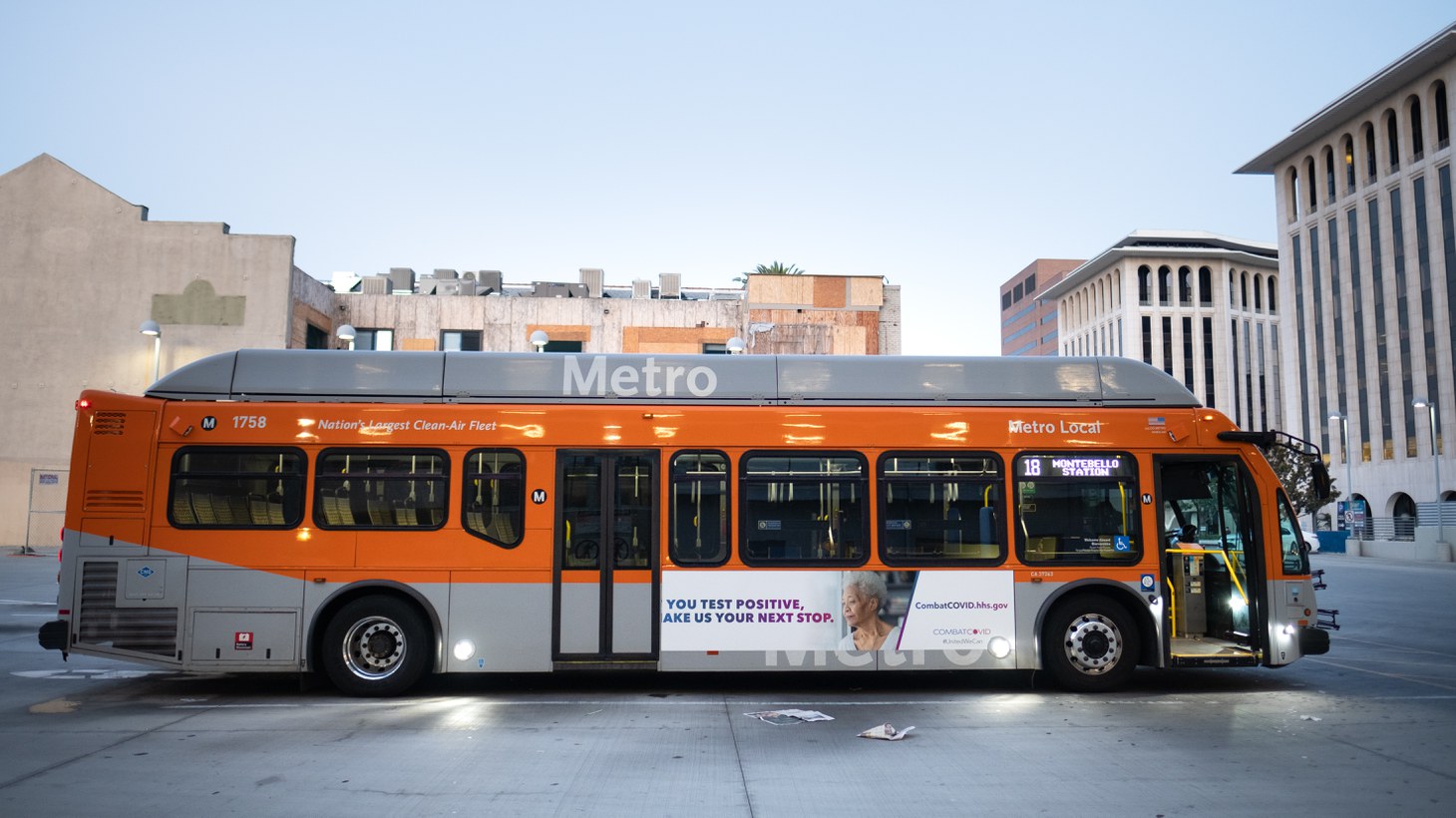 Don’t forget your TAP card or some cash the next time you ride a Metro bus in Los Angeles. LA Metro is resuming fare collection this week after nearly two years of free bus rides.

In March 2020, the transit agency started allowing passengers to board without payment and to enter via the rear door so they can keep a safe distance from each other and drivers. But LA Metro says it can’t afford to do that anymore.

“They are an agency with an $8 billion budget. There’s certainly funding to pay for fare-free transit in Los Angeles County,” says Jessica Meany, the executive director of Investing in Place.

Bus and train fares make up about 15-20% of Metro’s annual operating funds, according to Jacob Wasserman, a research project manager at the UCLA Institute of Transportation Studies. “[That] is not nothing, but is also a sum that they could make up through other sources of revenue,” he says, like congestion pricing.

LA Metro declined to be interviewed for this story.

Buses need to be safe for their riders and drivers, which means CONTINUING their current safety procedures! #PeoplesTransit pic.twitter.com/rwI23VGksS

The resumption of fares comes as LA is experiencing its highest COVID-19 transmission rate ever, which has riders even more concerned about safety.

Channing Martinez, the director of organizing at the Bus Riders Union, argues that collecting fares endangers people of color regardless of the pandemic, and even violates the Civil Rights Act of 1964.

“Year upon year upon year, the statistics are the same in that Black people are 50% or more of the [fare enforcement] tickets,” says Martinez. “By collecting or reimplementing fares, you're admitting that you know the statistics and you're going to continue criminalizing Black folks that cannot afford the fares.”

He argues that eliminating bus fares and law enforcement on public transit will make LA’s trains and buses safer. He points to the fact that crime went down on LA Metro buses during the pandemic, partially because bus drivers were not enforcing fares.

“The more the buses and social services in this city are subsidized, the more that people can take care of themselves, the more the numbers for ‘crime’ will go down because people are not in their mode of desperation, trying to just figure out how to survive,” says Martinez. 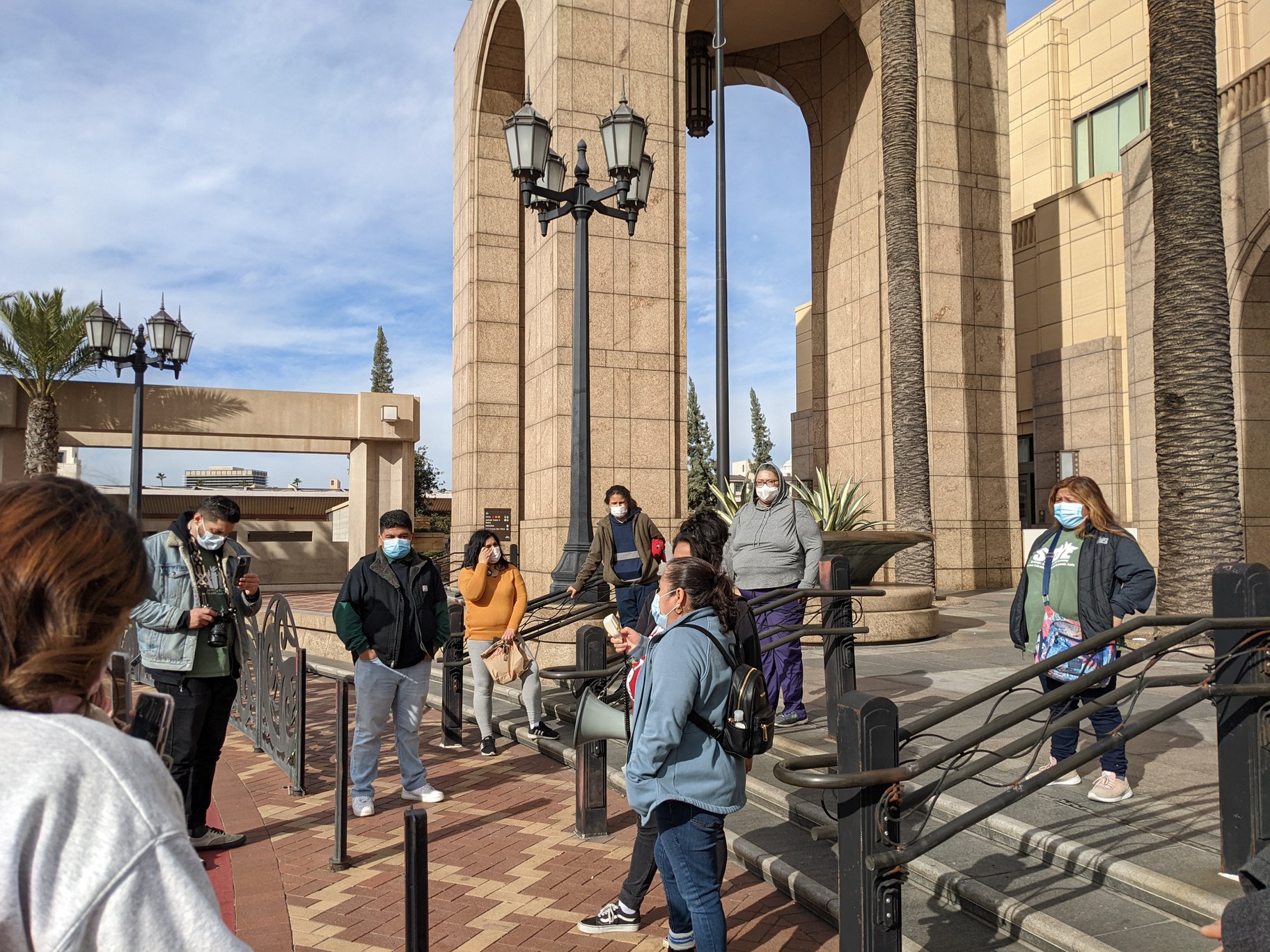 To help ease the transition back to fares, Metro is offering half-price passes through July and larger discounts for eligible low-income passengers through their Low Income Fare Is Easy (LIFE) program. They’ve also implemented a program where participating K-12 and community college students can ride for free.

Meany says this is a step in the right direction but wants Metro to do more to get the word out. “How many people are actually aware of these reduced passes? Have access to them? That's always where it seems to fall down,” she says.

Plus, she notes that if the majority of LA Metro’s ridership is eligible for low-income and student subsidies, why burden them further by requiring them to apply for the programs?

“What is this, an exercise in bureaucracy?” she says.

You can provide input on Metro’s funding priorities by taking their budget survey, which is open until January 24, 2022.

LA Metro is resuming fare collection on its buses this week, but public transit advocates say it’s financially possible to make trains and buses free for all riders.

‘We The Unhoused’: Podcast uncovers issues facing Angelenos on the streets

“We The Unhoused” covers the stories and issues of Angelenos living on the streets. Host Theo Henderson personally knows the experience.