Using his camera, John Simmons, ASC has chronicled major historical events such as the civil rights movement, with portraits of Angela Davis and Shirley Chisholm, and protests in Georgia for the Voting Rights Act. He’s also captured daily life, such as a couple riding a bus and a little girl eating ice cream. His work spans 1960s Chicago to present day Los Angeles.

His work is featured in a new exhibit called Capturing Beauty: The Artwork and Photography of John Simmons. It’s on display now at CASA 0101 Theater in Boyle Heights. 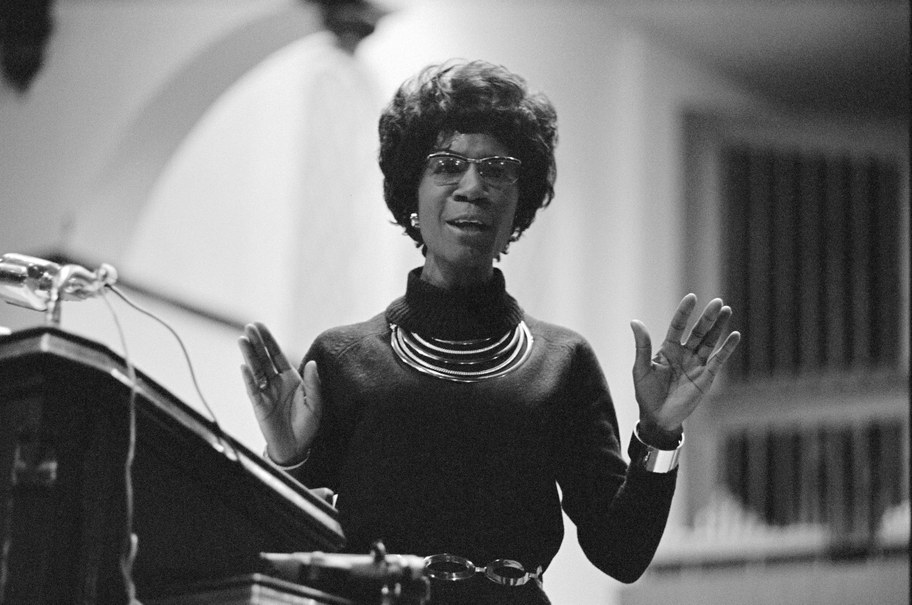 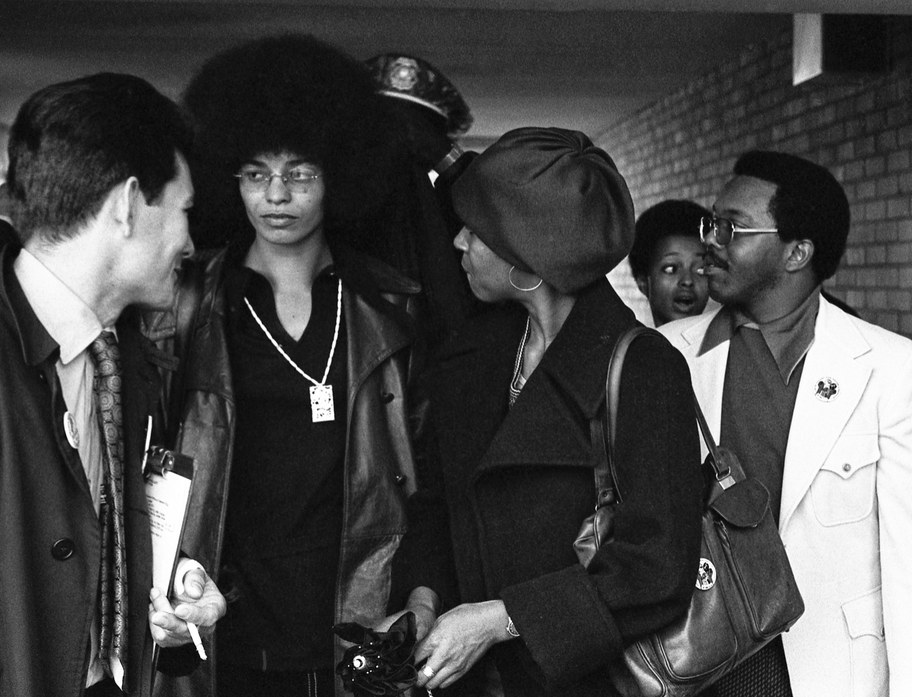 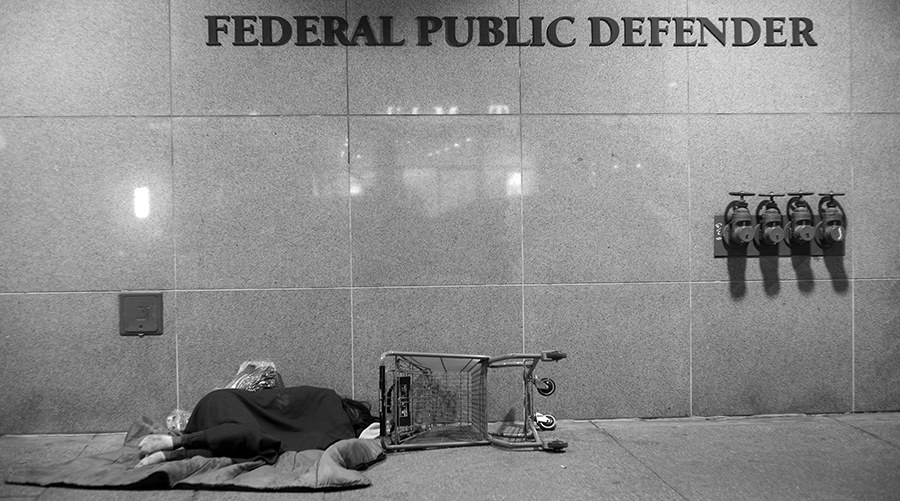 An unhoused Angeleno sleeping on the streets of Little Tokyo in 2017. Photo by John Simmons.

Simmons speaks with KCRW about his work through the decades, and how he continues to photograph constantly across Los Angeles, even during a pandemic.

KCRW: What drew you to photography?

John Simmons: “I was born in 1950. And during the 60s, in Chicago, it was a pretty hip period. The civil rights era was hot. Jazz was there. There was a very passionate, cultural thing that was happening. There were hippies, there was a Vietnam War protest.

And a friend of mine, his older brother was a photographer. His family owned “The Chicago Defender” newspaper, the oldest Black newspaper in the country. Bobby Sengstacke was a very well known photographer. … And as a teenager, I used to think that Bobby was one of the hippest cats I knew. He had cameras hanging all over his shoulder, he worked in a dark room with jazz playing. His brother and I used to admire him.

One day, he let me borrow his camera at the Negro publishers convention. It was in 1965, in New York, and I went around the room taking pictures, and he saw the photographs and said, ‘Oh my God, you’ve got an eye.’ 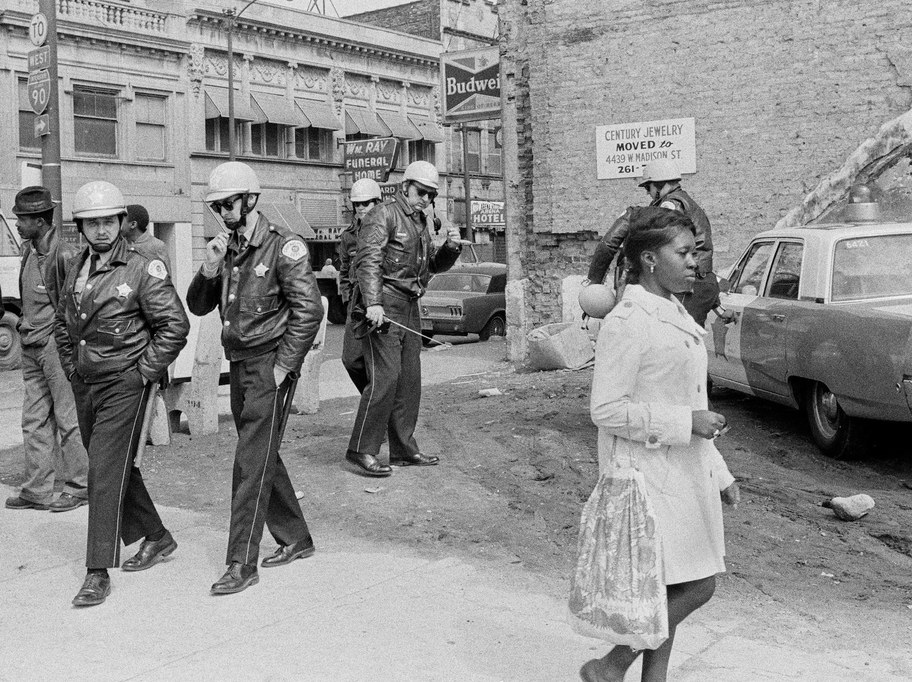 And I fell in love that day, looking through the camera. It was something that I could do, and it came natural to me. And eventually, I began to work for the newspaper. By the time I was 16, I was taking pictures for them. And eventually, I went to study cinematography at the University of Southern California.

And today, I'm working as a cinematographer, and carrying my camera every day, as I always did.” 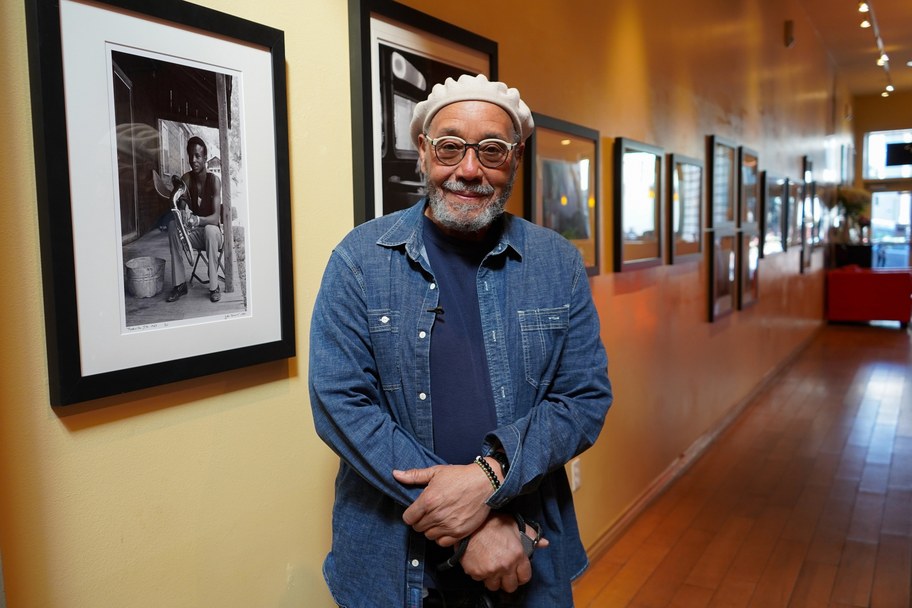 When you look back at your images of the civil rights movement, what were you looking for?

“Every time I hit the shutter and take a picture, it's a total accumulation of everything I've ever done, and who I am at that moment.

So when I look back at those photographs, that's a different cat taking those pictures, and fortunately, there's a continuum. I can see the consistency of visualization through the different periods.

People from every walk of life showed up at that university. And it was a community that was still mostly segregated, just as Chicago was the most segregated place I've ever been pretty much during that period.

But you're in this community, you're isolated. It's embracing the community, where people actually supported each other at that time, and everyone was like an extended family. They weren't afraid of a camera because there was no social media out to attack someone. So when I walked through the streets with my camera, there was a different kind of courage that everyone shared, and a different kind of relationship.” 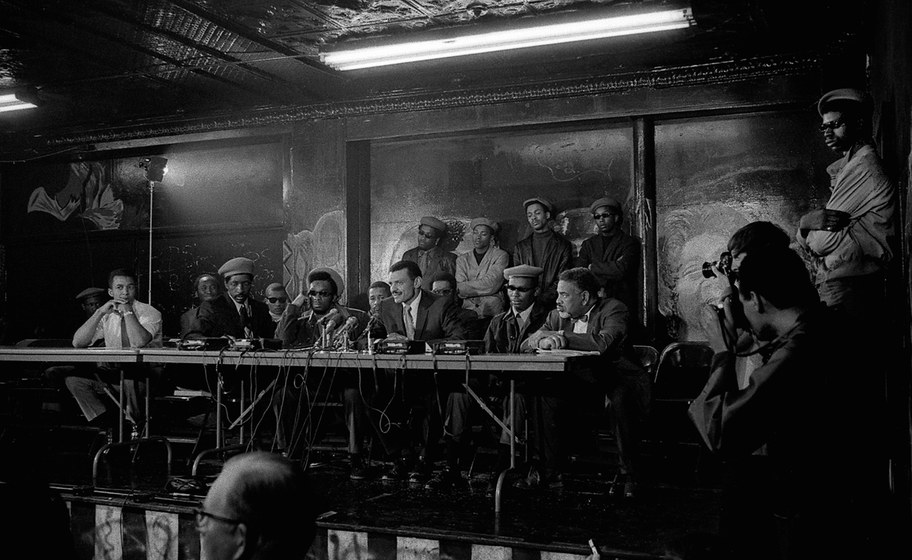 Did you feel like your life was in danger when you were photographing?

“I felt like it was very dangerous. The one photograph called Macon, which is a portrait of a man with police standing behind him, is in Macon, Georgia. And there's two policemen in that shot. And behind the policeman, there's another man that has on a baseball helmet. And he is a deputized truck driver, the truck drivers were deputized to control the peaceful crowd.

So shortly after I took the photograph of that man, a cop, one of those cops hit me across my back with a billy club. I fell to the ground. And when I rolled over and looked at him, his face was six inches from my face. And he was telling me, ‘Don't let the sun set on me.’

But I also photographed, in 1968, the Democratic Convention in Chicago, which was also dangerous. So yeah, I've been chased out of areas, I've been escorted by the police out of areas. And that just kind of went with the job.

During that period, I felt like it was necessary to tell the story. So there was a bit of adrenaline that went with that whole feeling too. And I was young, so I was bulletproof. 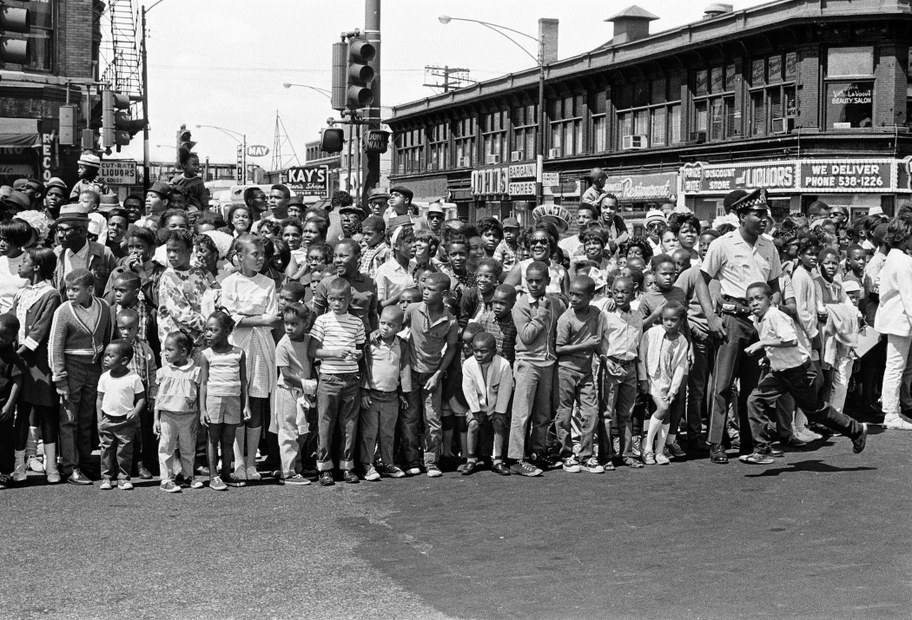 But not now, because during the protest for George Floyd at the height of the pandemic, I went out to take pictures. But I was very cautious, not because of the police, but because of the virus. So every time I'd go out and take pictures of those events, as soon as it got a little too crowded, I would get back into my car.”

When you look at photos you took last summer of the George Floyd protests versus pictures you took in the 1960s in Macon, Georgia, how are they different? And how are they the same?

“They're the same because both situations speak of the need for change and people are passionate. And not only that, but now is a different period. Because now, images speak to the world.

I mean, you look at the girl that shot George Floyd dying. That moment that girl put on her phone reached everyone in the world. So there's a difference there.

And as far as my images go, basically, I'm attracted to those events for the same reasons. Because I'm moved by the importance of the message. And the difference is social media is now an outlet, before it wasn't.” 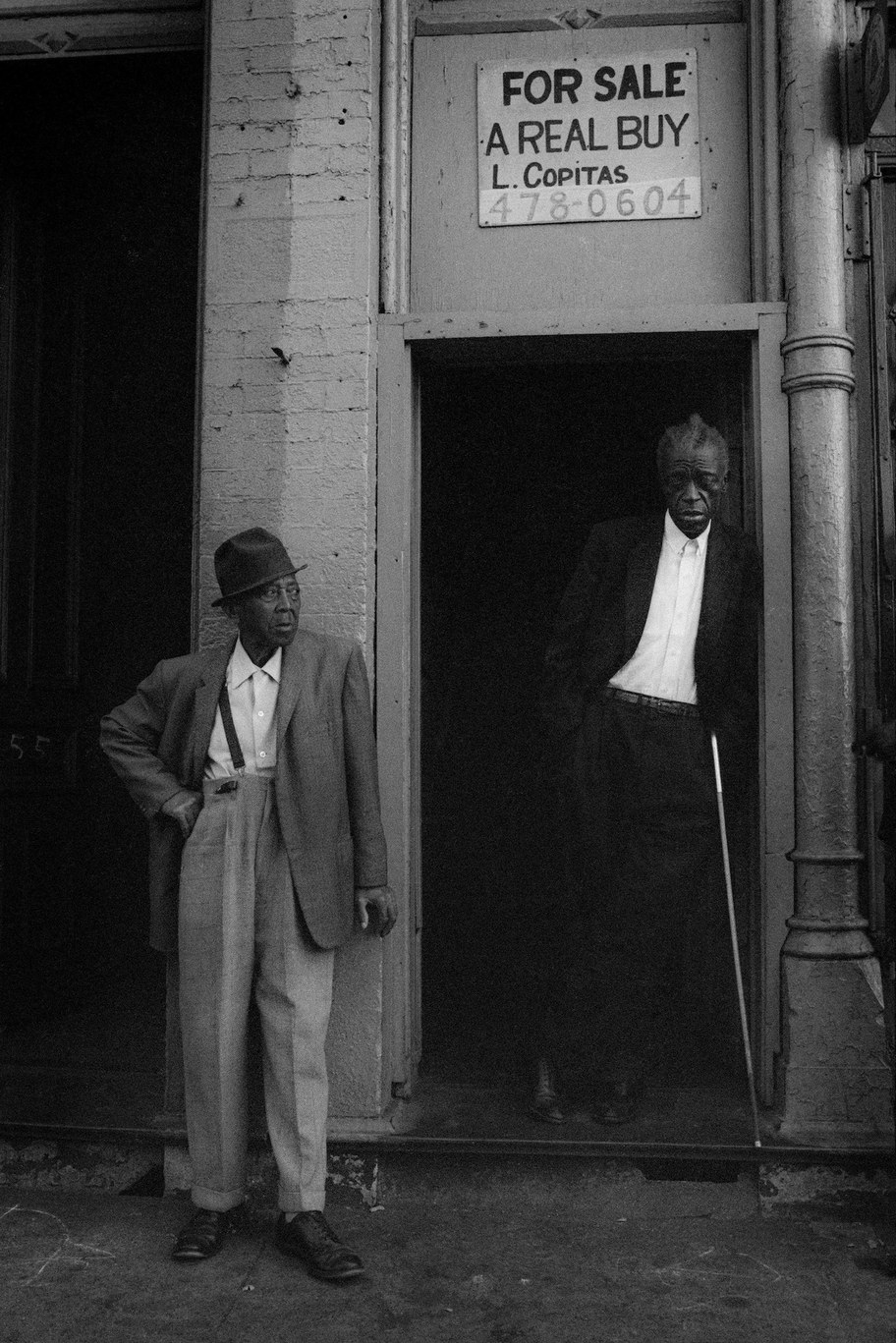 Man with a Pistol, Chicago 1965. Photo by John Simmons.

Tenants with months of back rent hope statewide relief will help

New $2.6 billion California rent relief program aims to help the most vulnerable renters and their landlords

Since the start of the pandemic, Kelli Lloyd has fallen behind on rent for her Baldwin Hills area apartment, which she says is a first.

John Simmons on photographing in 1960s Chicago: "I've been chased out of areas, I've been escorted by the police out of areas. And that just kind of went with the job....

Michelle Steel won a seat in Congress last November, so now there is a special election to replace her on the OC Board of Supervisors, and voting ends March 9.