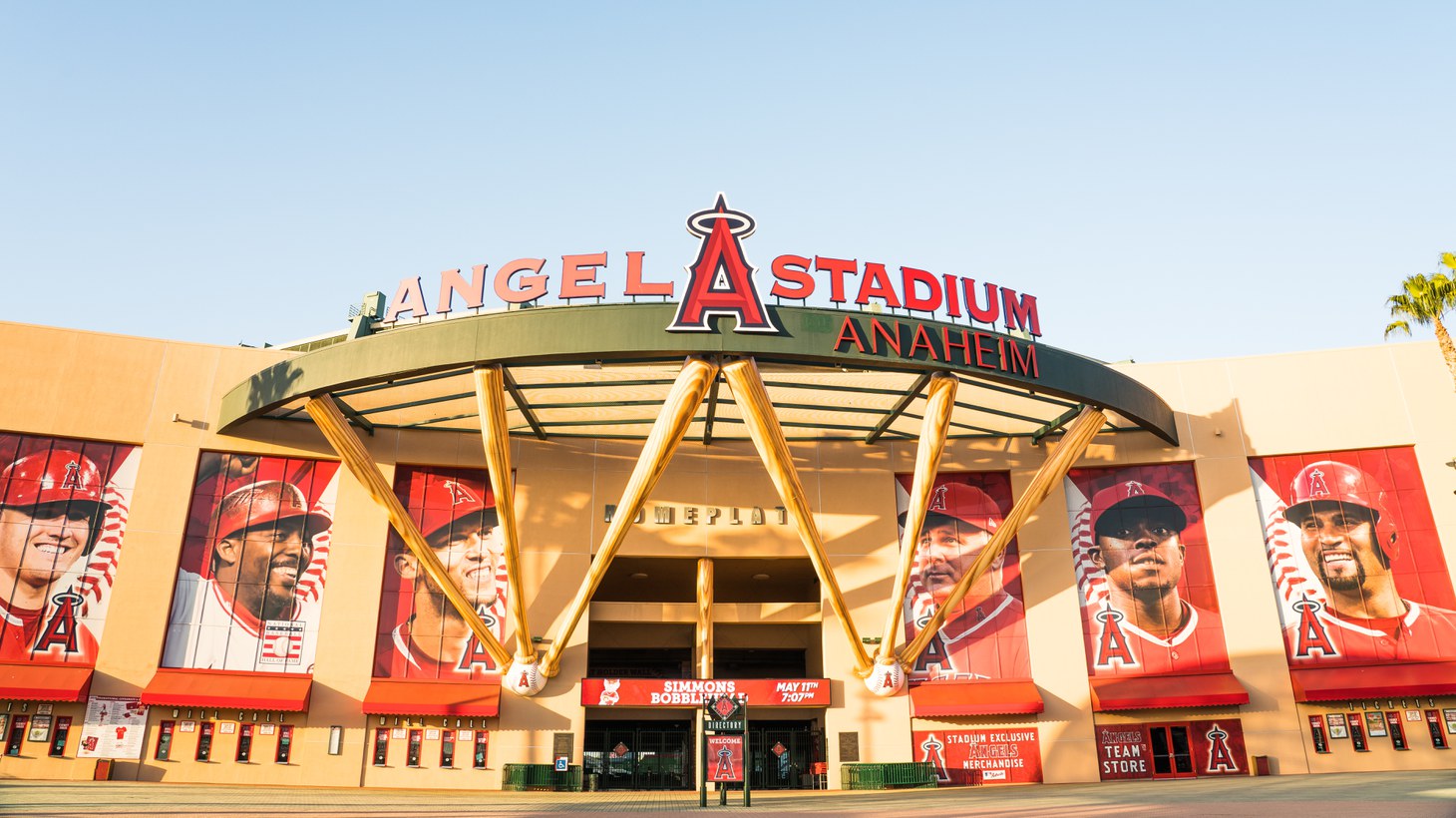 The not so pithily named Los Angeles Angels of Anaheim appear to be on the selling block after owner Arte Moreno announced last week that he was looking for a potential buyer. Moreno was the first Latino majority owner of a major sports franchise, which guest Gustavo Arellano viewed with much excitement and hope at first.

“[Moreno] bought it in 2003, and in 2004 he signed all these great players, Latinos, Dominicans, mostly, and South Americans. And then in 2005 he tells the world, ‘Yeah, this team shouldn't be called the Anaheim Angels. Let's call it the Los Angeles Angels of Anaheim.’ [He] immediately turned the team into a laughingstock and turned Anaheim into more of a butt of jokes than it usually is.”

Arellano says the Angels team “doesn’t mean much culturally,” and when a game occurs at their stadium, the stands are filled with more fans from the opposing side than the home side.

Still, the Angels sold more than 3 million tickets every year before the pandemic, he points out.

So why sell? In 2013 Moreno asked the City of Anaheim for a new stadium and was met with suspiciously sweetheart deals that led to state and federal investigations of Anaheim’s now former mayor, Harry Sidhu. Thus, no new stadium came.

Of Moreno’s legacy, Arellano doesn’t mince words: “No one's gonna remember him anymore for his historic role in being the first Latino majority owner of a sport. They're just going to remember him as a bad owner. And I think that's the worst legacy a sports owner could have in baseball. … He entered ready to win, he leaves a loser.”

Who should buy the team? Arellano points to Henry Samueli, who owns the Anaheim Ducks. He says the team has been a model organization in terms of reaching the community, and Samueli would keep the players in Anaheim.

No more using rappers’ lyrics against them in court: Aim of CA bill

California could soon have a law that protects rap lyrics and other creative expressions from being used against defendants in court cases.

Owner Arte Moreno has announced his search for someone to buy the Los Angeles Angels of Anaheim. What are the scandals and legacy of his longtime ownership?