The diving vessel, Conception, caught fire off Santa Cruz Island early Monday morning, trapping 33 passengers and one crew member in the sleeping quarters below deck. All but one of the 34 bodies have been recovered from the fire. Five crew members escaped and were rescued by a nearby boat.

The National Transportation Safety Board started an investigation on Tuesday, saying it’s 100% confident it’ll determine the cause of the fire. 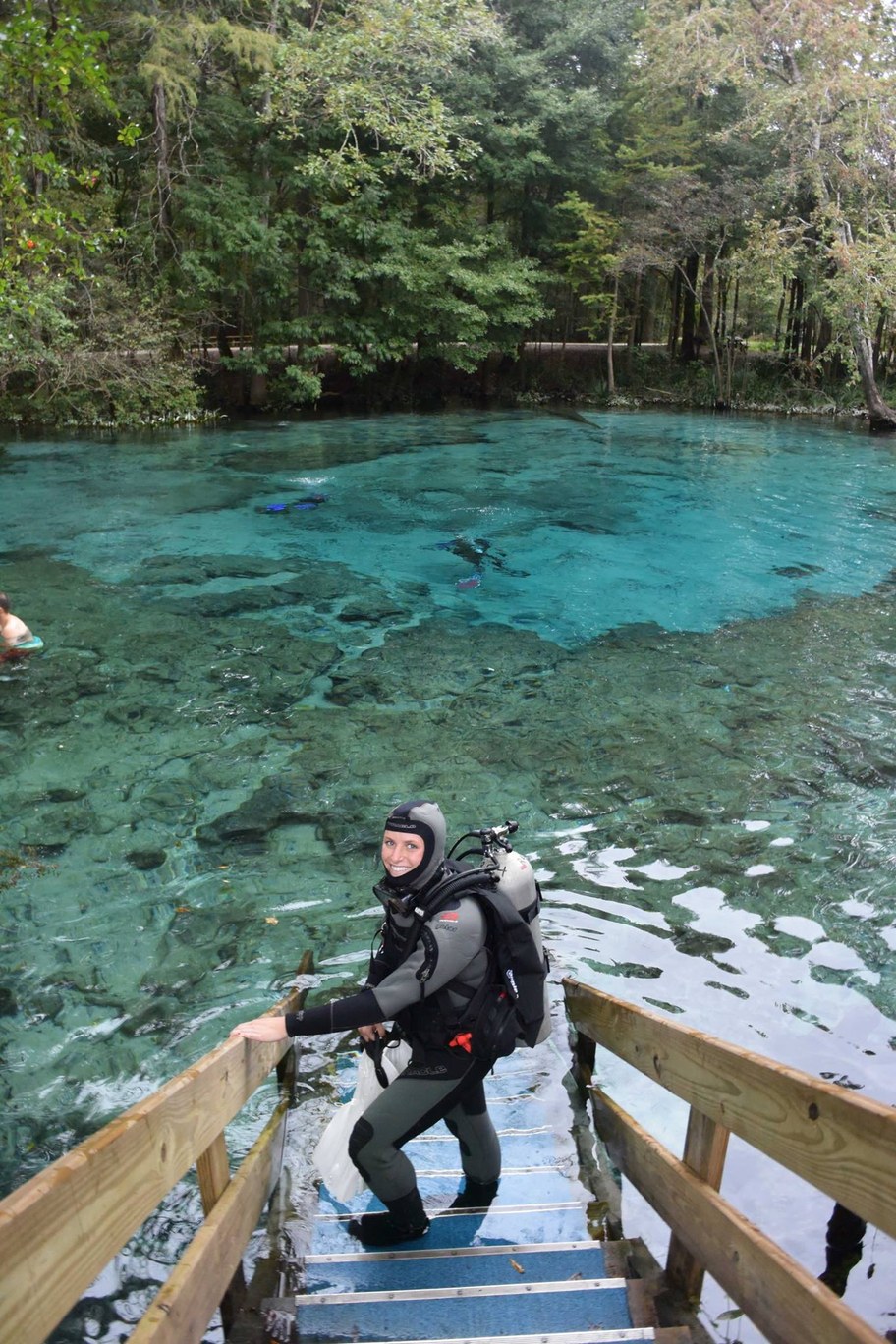 Adrienne Hall before she gets in the water. Photo credit: Sound Off Films

Adrienne Hall is a diver from Ventura and a documentary filmmaker. "It’s about the most unthinkable tragedy that could happen in the dive community...and to any group of divers anywhere," she says.

In the aftermath of the fire, she remains optimistic about the diving community in Southern California, which she describes as tightly knit. "Hopefully this will only bring us together, and make us stronger, and help keep everyone safer moving forward."

Jocalyn Sanford grew up in Stockton, California, where she took AP classes in high school and was captain of her track team. She began working at age 15 to help her family...

The diving vessel, Conception, caught fire off Santa Cruz Island early Monday morning, trapping 33 passengers and one crew member in the sleeping quarters below deck. All...

It's the last week to see Desert Painters of Australia at Gagosian in Beverly Hills, which features work by indigenous Australians. “The story [behind these...