The coronavirus pandemic has kept performance venues closed, but one South LA-based theater company has turned a parking lot into a stage for their latest play, which is inspired by frontline workers.

“They have a hard life trying to deal with their own problems, and then deal with the world,” says Donte Johnson (also known as Bojangles), co-founder of the Slauson Rec Theater Company. “They deserve to be honored.” 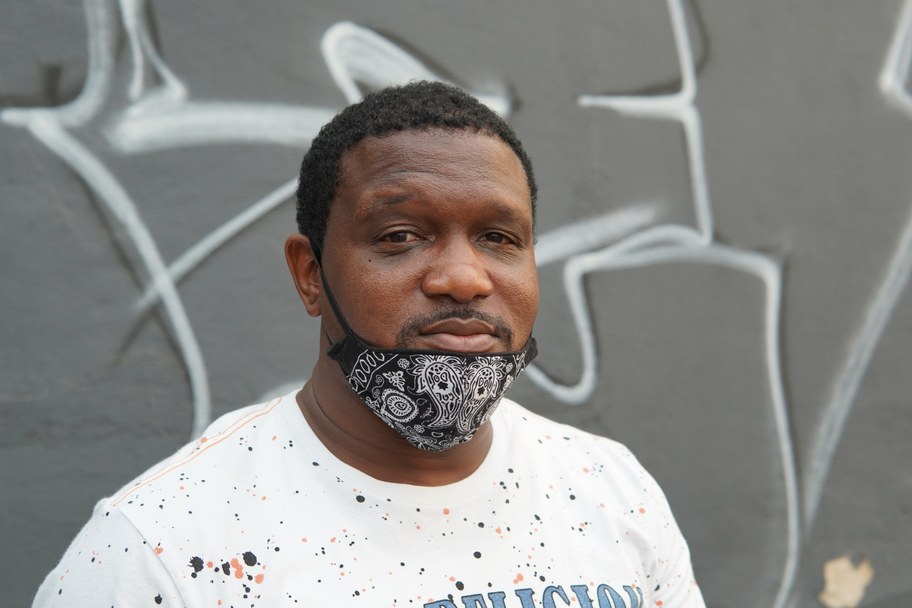 It takes place in a parking lot on the eponymous street. There are tents, trailers, and people in scrubs — identical to COVID testing sites around town.

About two dozen cars of attendees line up on opposite sides of this parking lot, looking toward the middle of the DIY drive-in panopticon. Audio pours through car speakers, like a drive-in theater.

A cameraperson chases down characters to get live shots, all broadcast to screens within the parking lot, capturing tense, emotional situations. 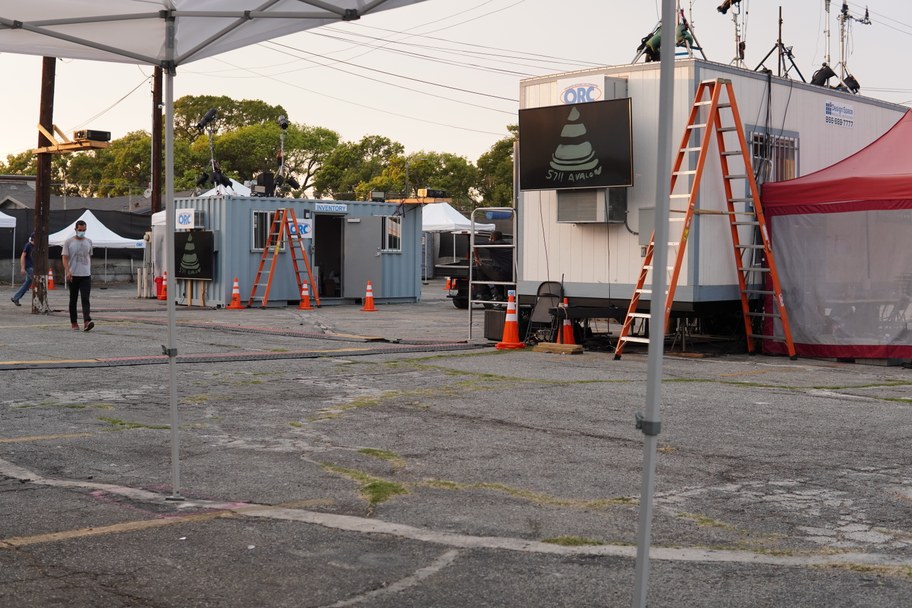 The set of “5711 Avalon” on a rehearsal day. Photo by Angel Carreras.

The play itself touches upon race, class, “Karens” and anxieties during COVID-19 (e.g., how bad will this Q-tip nose-poke be?).

Johnson says when the pandemic hit, he and theater staff were confused and wondering what would happen.

They shaped “5711 Avalon” over three months, getting insight from real-life frontline workers.

“We used interviews from real people’s lives,” Johnson says. “It was like picking and choosing which page you can put in. It was personal.”

Johnson likens the whole experience to “jumping out of a plane with no parachute on,” which is the norm for this theater. 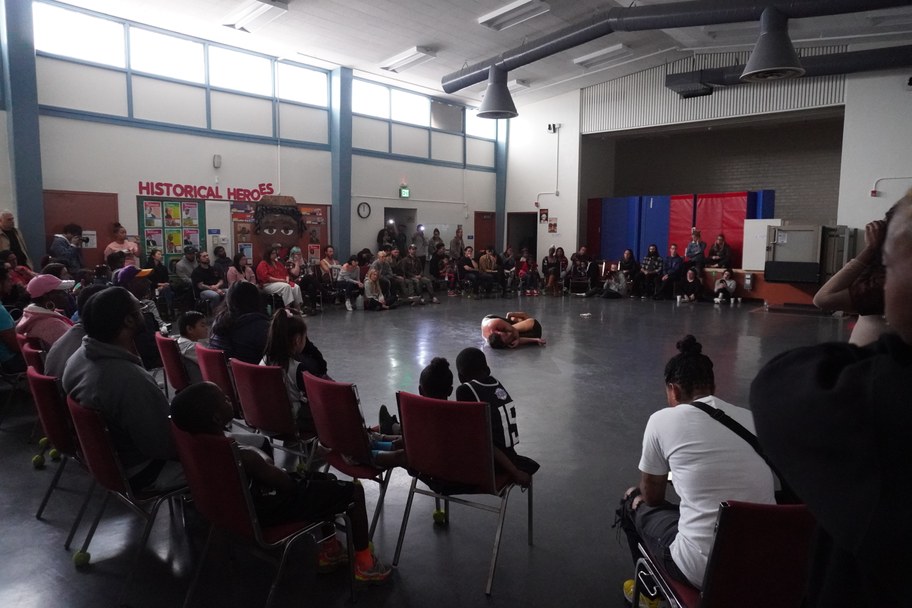 When they’re not making theater on the fly, the company holds free classes for South LA residents at the Slauson Rec Center in South LA.

The theater was cofounded in 2018 after Johnson, Labeouf and Soto met on the set of the David Ayer film “The Tax Collector.”

They wanted the theater to serve South LA residents and help build a thriving arts community there.

“Bringing a theater here [was] challenging because it's not something that we're used to around the inner-city here,” Johnson says. “We thought that if we bring something unique like this, and if we can get [the community] involved, that it would turn out to be something way huge.”

The theater steers away from what’s traditional. You’re likely to see actors in flesh-toned tights grunting, slapping each other and contorting their bodies in myriad ways.

“It's very experimental,” Johnson says with a laugh. “I know that we're going to like it because we're doing it, but let's hope that the people that matter like it.”

Luckily, the people that matter have found it. Nyla Montaya, 13, shares how she heard about the theater:  “My mom told me she had seen it on Shia LAbeouf's hot wing challenge. We were like, ‘Oh, we live in South LA, why don't we go?’”

That’s led to mentorships, friendships, and even talks with casting agents. Montoya’s been in a few plays with the company, and plays a role in “5711 Avalon.”

“There's not a lot of acting or dancing in my area that's really going to lift me off and teach me what I need to be taught to be able to use in my career and stuff,” Montoya says. “But having an actual actor that made it [Shia LaBeouf], and then other people that also want to help and want to give opportunity ... it helps a lot.”

Some Slauson Rec Theater Company actors have also been cast in music videos and Netflix shows.

For Johnson, it’s all about making theater more accessible and less highbrow. “My thing is to get the intimidation level out of ‘em. Like, Look, y'all know me. I grew up with you guys. … I grew up all around the inner city. …I'm doing it [theater]. So come join me.”

Slauson Rec Theater Company has sold out all tickets for “5711 Avalon.”

What can audiences expect after  “5711 Avalon”? It’s a mystery and depends on what happens with COVID-19. For now, this is theater in today’s world. It’s maybe the future too.

The Slauson Rec Theater Company has turned a parking lot into a stage for their latest play, which is inspired by frontline workers and touches upon race and class.