The mayor of Idyllwild, a small town in the San Jacinto, is very busy. His chief of staff, Phyllis Mueller, answers calls around the clock and makes sure he always has his food and drinks.

Mayor Max does not drink coffee, tea or diet soda. He only drinks water. From a bowl. Mayor Max is a dog, a 6-year-old golden retriever who likes to wear red plaid ties and cowboy hats.

“He has a simple message,” says Mueller. “The mayor’s charter is to help make the world a better place by conveying unconditional love and doing as many good deeds for others as possible.”

As soon as Mayor Max’s pickup truck rolls into Idyllwild, fans gather to shake his paw, pet his fluffy golden-brown fur, and take selfies with him. 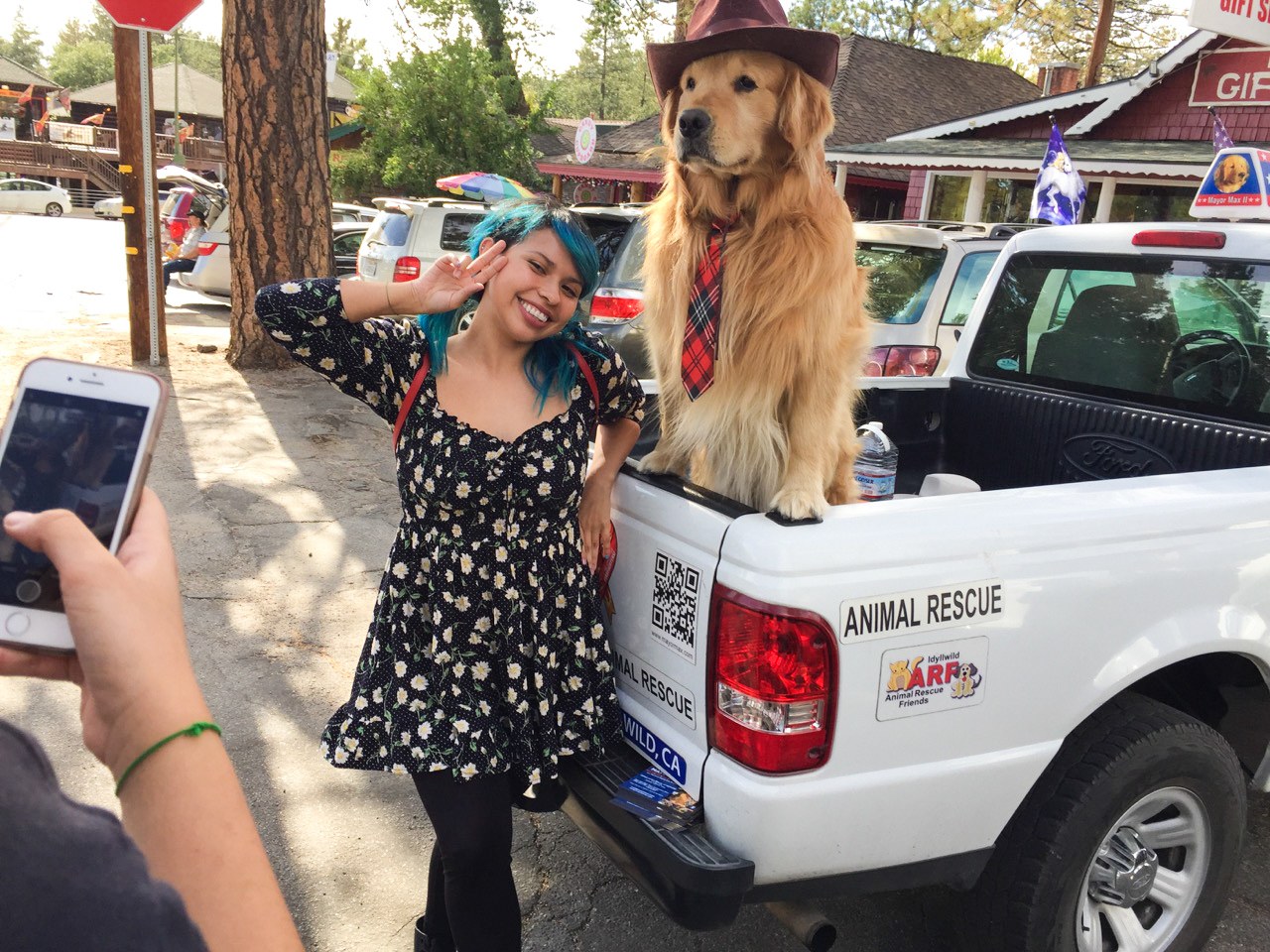 Mayor Max and one of his supporters. Photo credit: Kerstin Zilm

How can a dog become a mayor? Idyllwild is an unincorporated town. That means it is governed by Riverside County. It never had a human mayor.

The idea of voting a dog into office came from the local nonprofit Animal Rescue Friends in 2012. They were doing a fundraiser. They asked residents to nominate their dog or cat. Votes were for sale at $1 a piece. Mueller and her husband shamelessly bought the election for their candidate, Maximus Mighty-Dog Mueller, with a check of $20,000.

“I wanted to help the organization,” Mueller says. “But what I most wanted was to create a fun and wonderful, loving and kind mayor’s office for Idyllwild.”

Mayor Max represents Idyllwild’s spirit, says Melissa Diaz Hernandez,  editor of the local paper, the Town Crier . “This mayor has become a symbol of Idyllwild. People around the world know about us because of Mayor Max.” 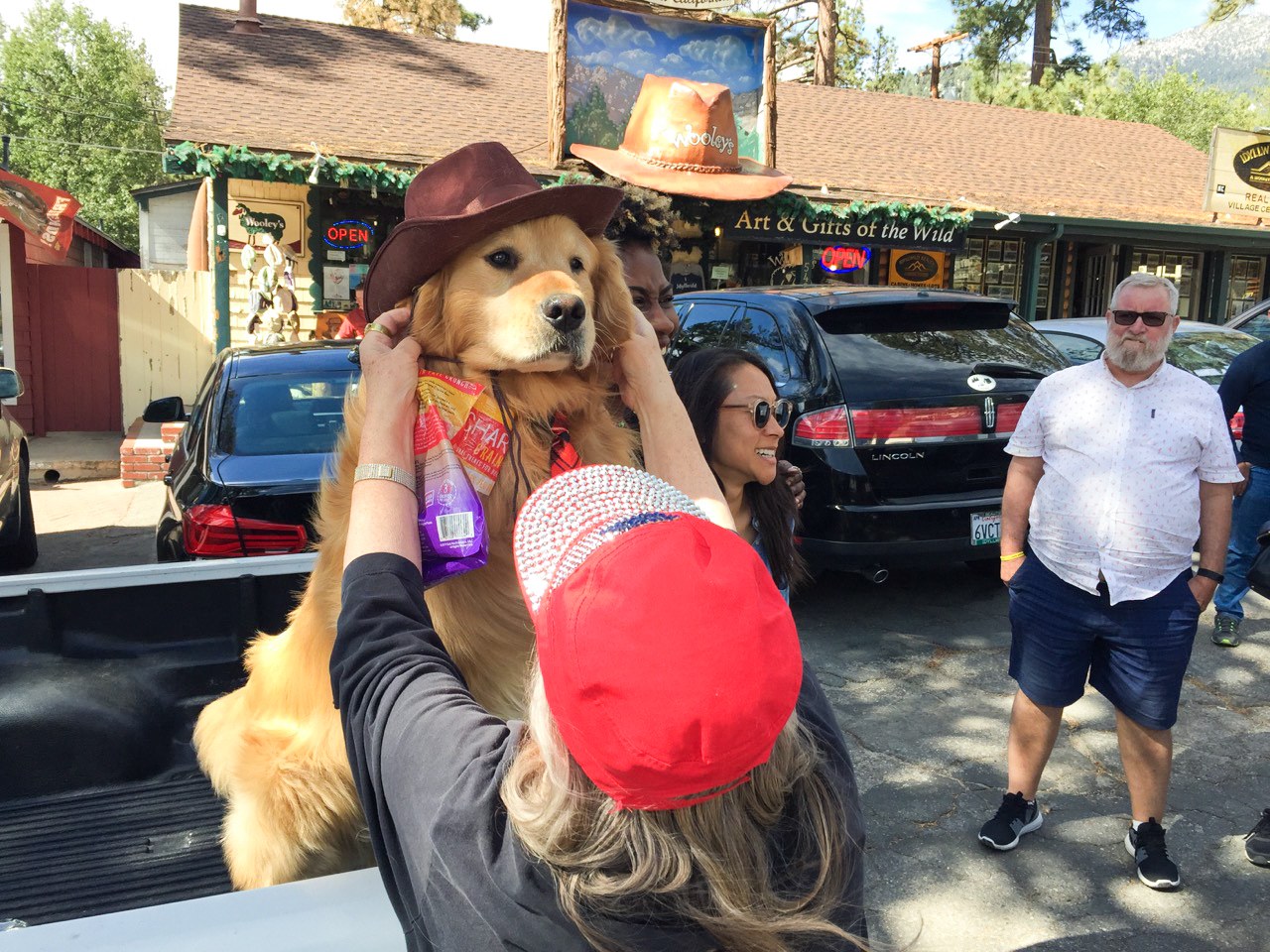 Mayor Max gets a cowboy hat put on him. Photo credit: Kerstin Zilm

This Mayor Max is the second dog on the job. Mayor Max the First died in 2013, shortly after his term was extended to a second year. Mayor Max the Second is a distant cousin and started his job when he was only 11 weeks old.

Running the mayor’s office has become a second full time job for Phyllis Mueller and her husband Glenn. They pay all the mayor’s expenses and have not been on vacation since Mayor Max the First was elected. Their hard work has been rewarded. Now, Mayor Max is elected for life at the request of his constituents.

“What a wonderful opportunity to be the mayor of Idyllwild in a non-political way,  not take sides on issues or have a city council forcing me to do something I don’t want to do,”says his chief of staff.

After a day of posing, shaking hands and eating lots of treats, Mayor Max has another event scheduled. The local film festival asked for his presence. Of course Mayor Max will not miss the chance to spread his message and some love. 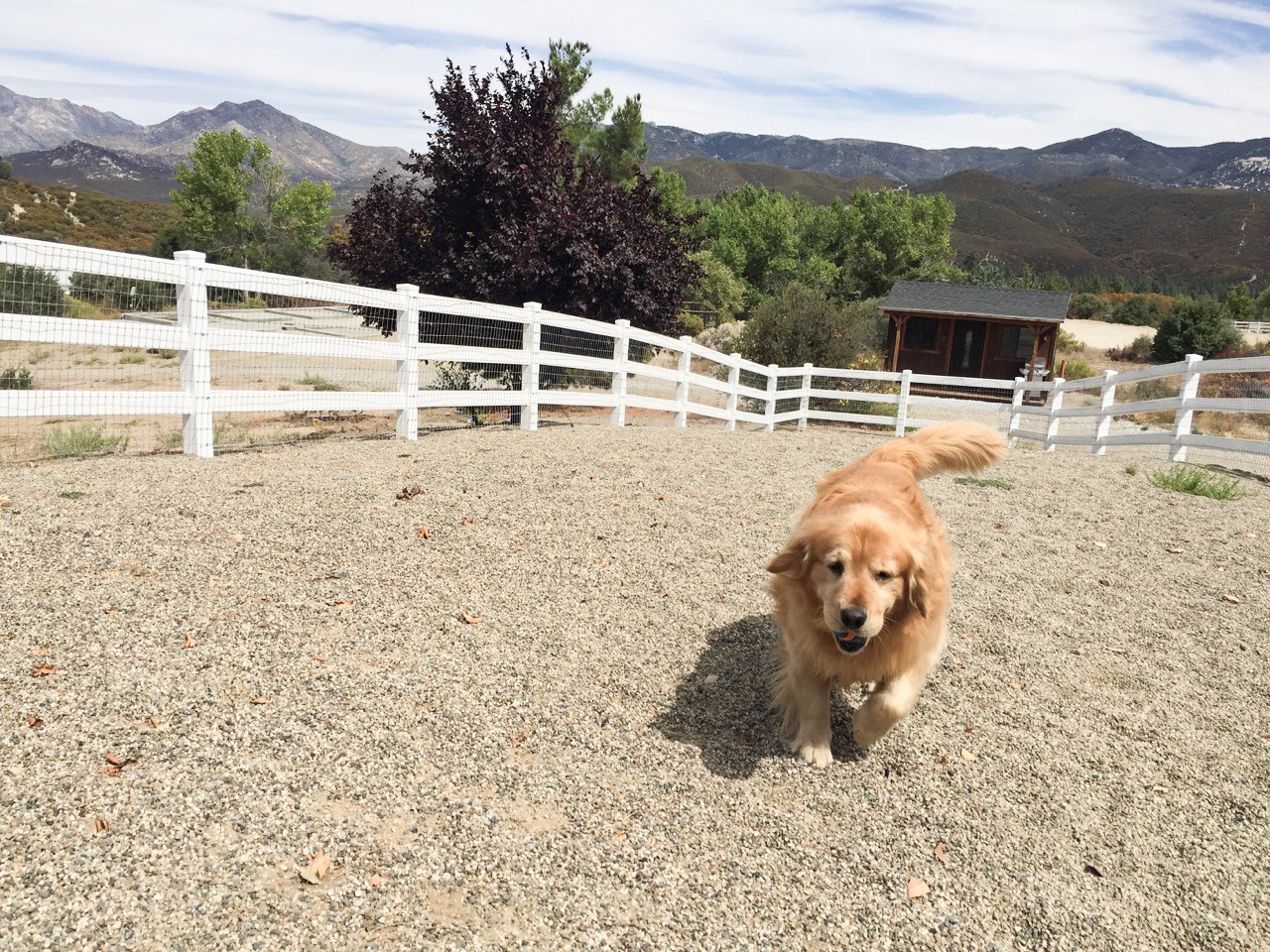