The late writer and author Charles Bukowski was born in current-day Germany, but his prose was influenced by his years living in LA. He died more than 25 years ago. Now there’s an effort in San Pedro to immortalize him in a sculpture. 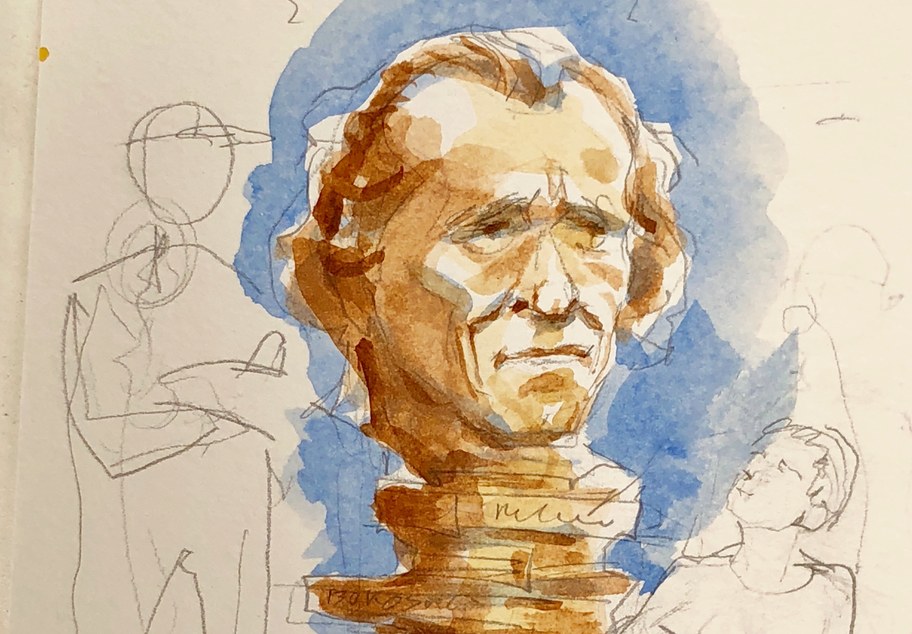 Conceptual sketches of of a San Pedro sculpture. Courtesy of Eugene Daub.

“Charles Bukowski’s relationship with LA changes, and it’s chronicled wonderfully in his works,” says Richard Schave, who gives historical bus tours all over LA, including a Bukowski tour. “In his early works as this underground poet in the LA literary scene, he’s very much at Hollywood and Western, amongst the sex shops and prostitutes and dive bars and just the ribaldry and the pain and the grief. And he can’t escape the haunting beauty too.”

Bukowski lived most of his life in Hollywood. He eventually moved to San Pedro because he was angry over the cleanup of Hollywood ahead of the 1984 Olympics, and he wanted to clean up his debaucherous lifestyle.

“He struggled with many demons. But in the end, I think his success and legacy is that he was really able to tame them,” says Schave.

A few of Bukowski’s old haunts still exist in South LA, including 49rs Tavern in Long Beach and Alpine Village in Torrance. You can also visit his grave in Rancho Palos Verdes and maybe, next year, his statue. 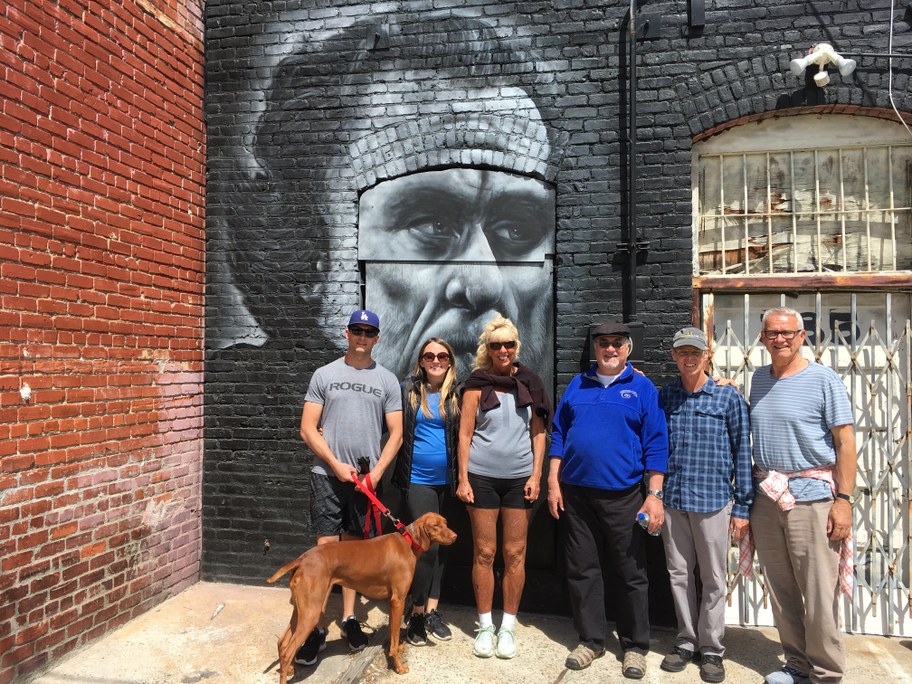 A mural of Charles Bukowski in San Pedro. Photo courtesy of the San Pedro Heritage Museum.

Republican John Lee appears to be the winner of the special LA City Council election in the northwest San Fernando Valley, one of the most conservative sections of the city.

The late writer and author Charles Bukowski was born in current-day Germany, but his prose was influenced by his years living in LA. He died more than 25 years ago. Now...