The neat rows of 2,000 orange trees are visible from the entrance to Bothwell Ranch. Photo by Caleigh Wells.

A hundred years ago, this farm wouldn’t have looked out of place. 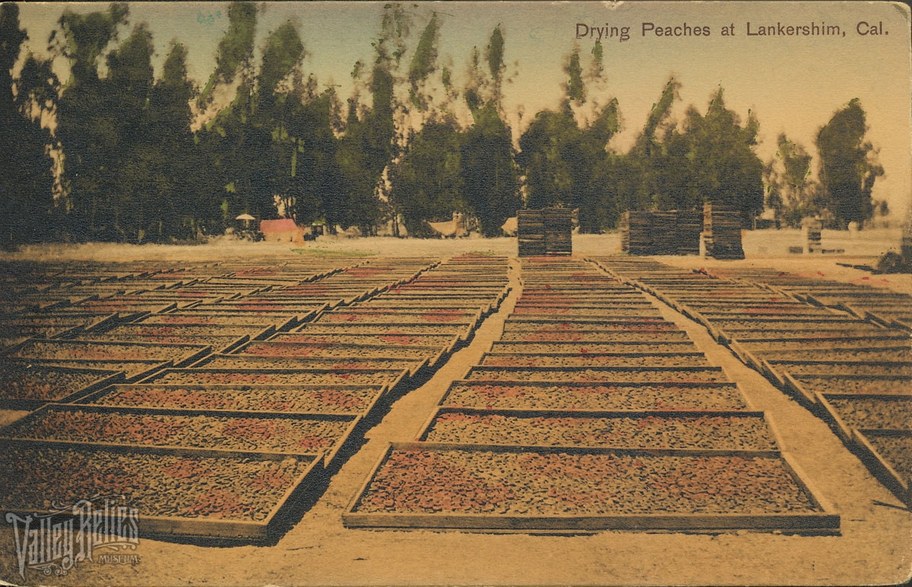 In the early 20th century, ranches like this one lined the San Fernando Valley. This one was in present-day North Hollywood. Photo courtesy of Valley Relics Museum.

Lindley Bothwell bought the farm in 1926, when the San Fernando Valley was almost entirely comprised of ranches and agriculture. It was more than double the 13 acres it is now. Bothwell died in the 80s, and then his wife, Annie, kept the farm operating until she died in 2016.

Now the heirs of the farm are looking to sell it to a developer, and have offered plans to subdivide it into a couple dozen single family homes like the ones surrounding the farm now.

There’s a reason there’s only one commercial orange grove left in L.A., says the family’s lawyer, Andrew Fogg: “Because it’s not economically feasible...The property was run for at least the last 50 years at a net loss. They haven’t made a profit off this land in decades.”

For context, the family made $3,000 off the oranges last year, after factoring out labor costs. The water bill for the trees came in around $7,000.

That’s not a strange story. Many of the Valley’s ranches disappeared because the original owner died and the kids didn’t want to be farmers, or because the Valley became increasingly unfriendly to agricultural operations. 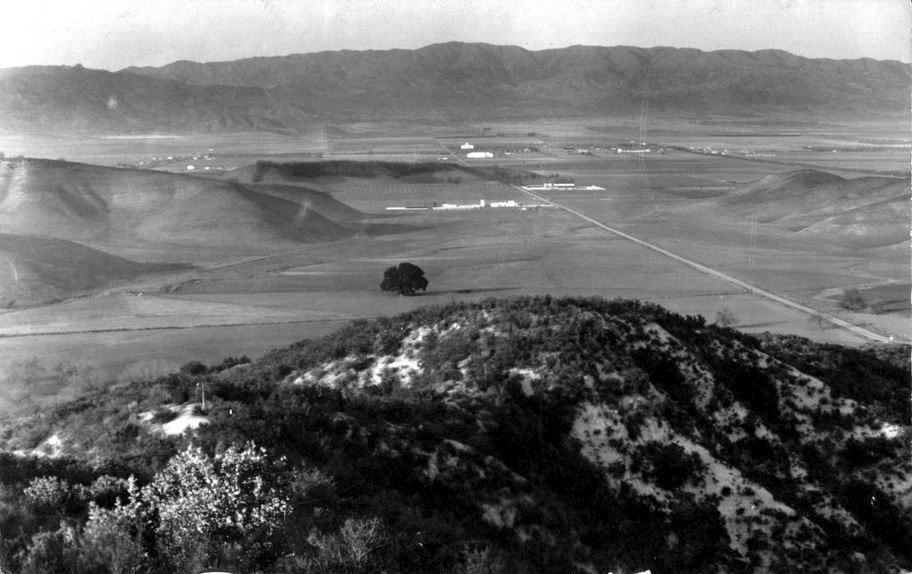 Fogg says the only reason it survived so long was because of Annie Bothwell: “Annie loved Lindley, and they were Lindley’s trees, and this was a passion for her... she kept them alive as a testament to him.”

Bothwell kept up the trees by selling off other assets to make up the annual deficit. Fogg says there’s no money left. The family is land-rich, and cash-poor.

So they’re trying to sell the farm. But nearby residents don’t want to see the trees go.

Lizzy Kahn grew up a mile away from the farm and went to elementary school across the street. She has fond memories of it from her childhood.

“In the morning and late at night, you’d get this amazing floral citrus smell,” she says. “I remember when I was in kindergarten or first grade, down there was our classrooms, and they opened that red gate at the end, and we went into the farm, into the grove for a field trip.” 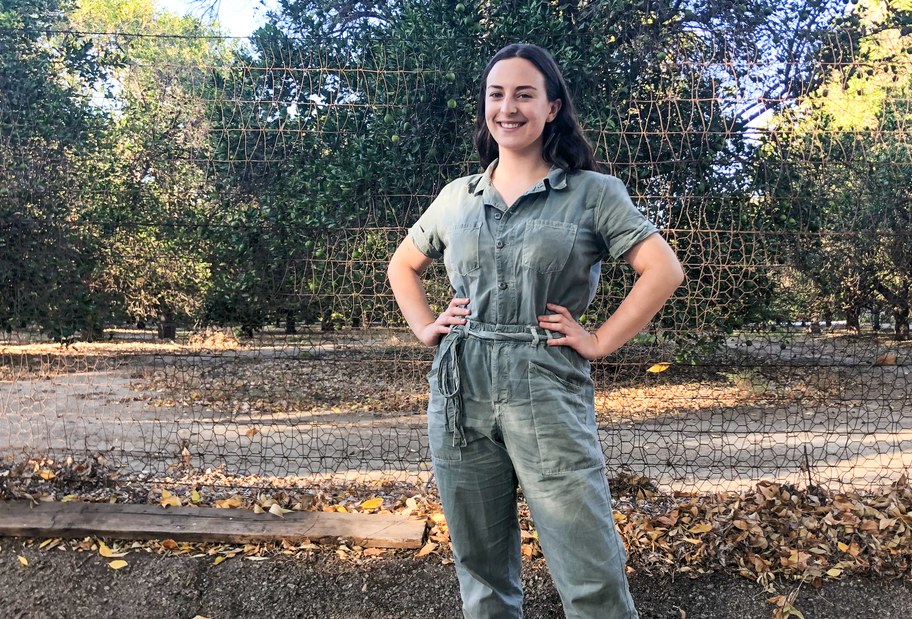 Lizzy Kahn stands in front of Bothwell Ranch, about a mile away from her childhood home. Photo by Caleigh Wells

When her mom told her the ranch was up for sale, she took action: “I went on change.org and just started writing.”

She petitioned the city to stop the Bothwells from selling the ranch to developers. So far, nearly 3,500 people worldwide have signed it. Some of them are residents who share Kahn’s memories of the grove. Others signed it from overseas, because they fear the environmental impact of cutting down 2,000 trees.

It caught the attention of City Councilmember Bob Blumenfield, who represents this section of Los Angeles. He asked the family to tour the ranch. He says he was blown away.

“When you walk into this orange grove...you walk into a time capsule,” he says. “You feel like you’re in another era. And when this is gone, that history will be gone.”

So he started a petition to designate the ranch as culturally historically significant. That proposal is still making its way through the local government, but it’s expected to pass.

If it does, it wouldn’t take the ranch away from the Bothwells, or stop them from trying to sell it. But it would make it a lot harder for the developers buying it to change anything, like chopping down trees.

Fogg says that’s already scared one buyer away: “They put it up for sale, it was under contract at the time, that buyer subsequent to the nomination decided not to go forward and terminated that escrow. And it’s uncertain what will happen.”

The family is keeping the trees alive at the city’s request for now. But it’s still private property, and they’re allowed to stop watering at any time. If that happens, the city would have to act fast. 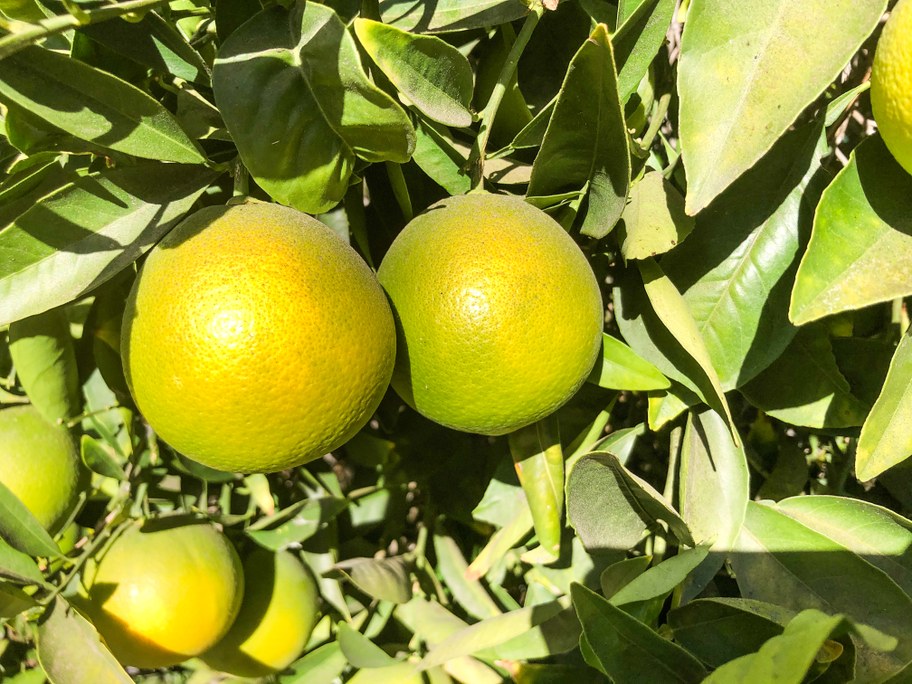 The Bothwells have agreed to continue watering the trees while the city considers whether to name the farm as a cultural historical monument. The oranges are still green in the late fall. Photo by Caleigh Wells.

Blumenfield says the city just doesn’t have the money to buy a $14 million orange grove. They’re still searching for another option.

“Maybe there’s a benefactor out there who would come forward with some money to purchase the land. That’s a possibility. Maybe a nonprofit would maybe be able to purchase maybe a portion and turn it into an educational facility.”

Lizzy Kahn wants to see habitat restoration, regenerative agriculture, beekeeping, and public orange pickings. But so far, there’s no path toward any of those possibilities.

The property was assessed as a development site. That’s why it’s worth $14 million. If the city does give the ranch monument status, it will tank the property value. And if the city doesn’t provide just compensation for doing that, it could mean a lawsuit.

“The city is imposing conditions on this property that do not allow them to put any beneficial use to it,” Fogg says. “Who would want to buy an asset that can only be used as a farm and nothing else when it’s losing several hundred thousand dollars a year?”

If that does happen, the lawsuit could take years.

For now, the ranch is in limbo. The Bothwells are waiting for their money, and the city is trying to come up with a way to pay it.

The final decision on whether the ranch is considered a monument won’t come until mid-2020. And Blumenfield says depending on what options are on the table by then, that decision could get expedited or extended.

The number of orange groves in LA is shrinking, and the sole remaining one in the San Fernando Valley is on the way out.

At least 240 people died last year in car collisions in the city of LA. More than 60% of them were pedestrians or cyclists. That’s the same number as the year before.

Mykytyn was a Highland Park mom who founded Integrated Schools, a nonprofit focused on encouraging white and privileged parents to send their children to local neighborhood...