From escape rooms to Galaxy’s Edge, immersive art is all around us It’s not a conspiracy without red string on a board. Photo credit: Brandon R. Reynolds.

For about two hours a few times a week, it’s the year 1982 in a house in Los Feliz. That’s where you’ll encounter the good and the bad of that decade. The good: a push-button phone, a Betamax player, and excitement over fondue. The bad: too too much beige, a Betamax player, and a Reagan-era CIA plot. The styles and politics of 1982 swallow you up completely. Because this is theater, and total immersion is the goal.

The show is called Safehouse ‘82, and you’re a guest at a party that turns out to be a scheme to expose CIA wrongdoing. There are more than a dozen guests, some of whom are actors who help you uncover clues that piece together the story. It’s a busy two hours of international intrigue that plays out on a domestic stage. It is, as co-creator Nick Rheinwald-Jones says, an entire spy thriller packed into a house. This weird hybrid of theater, video game, and John LeCarre novel belongs to a genre of art called “immersive interactive experiences.”

Immersive interactive casts a wide net. Board games and video games are immersive. So are virtual and augmented reality, haunted houses (“haunts” in the trade), theme parks, and escape rooms. (Escape rooms, by the way, have now infiltrated most major cities.) Safehouse ‘82 is an example of immersive theater. The common denominator here is that the experience requires your active participation.

“That's one thing that immersive can do that definitely separates it from any other kinds of entertainment, that there's the sense of being paid attention to, which is a really valuable and important thing right now,” says Rheinwald-Jones, who developed Safehouse ‘82 and three other shows with his collaborator, Katelyn Schiller. “This is something that both acknowledges you as a person and demands your full attention.” 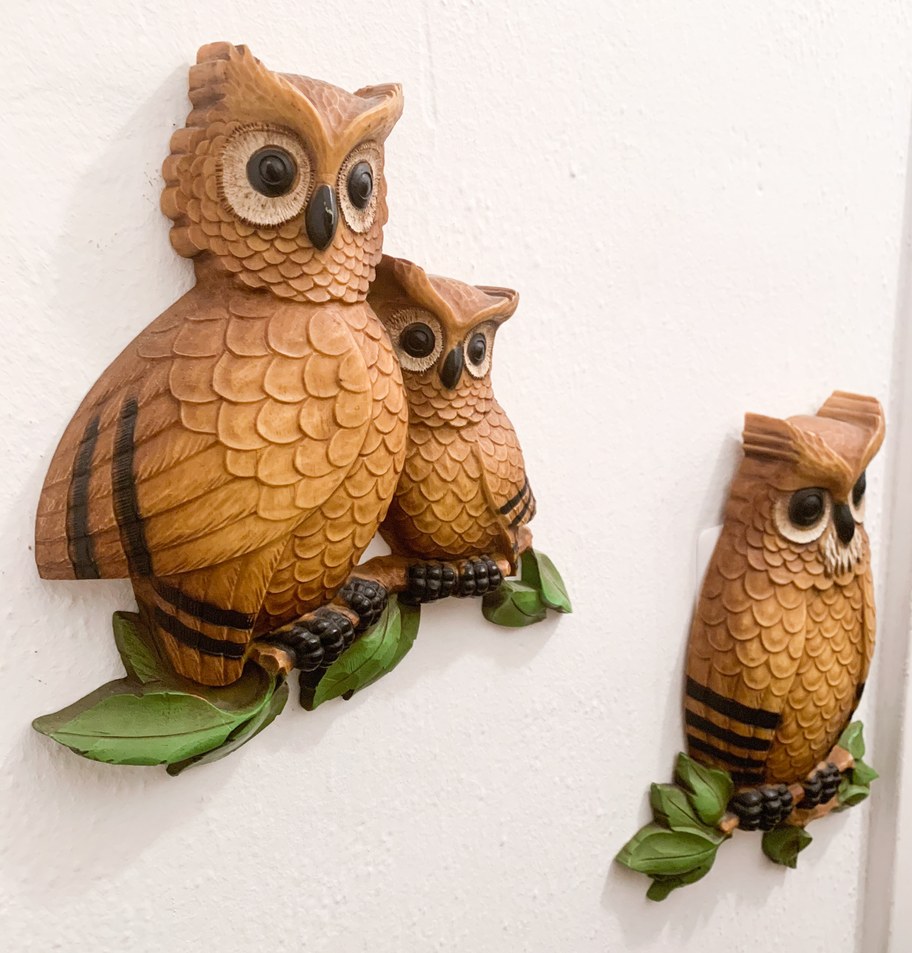 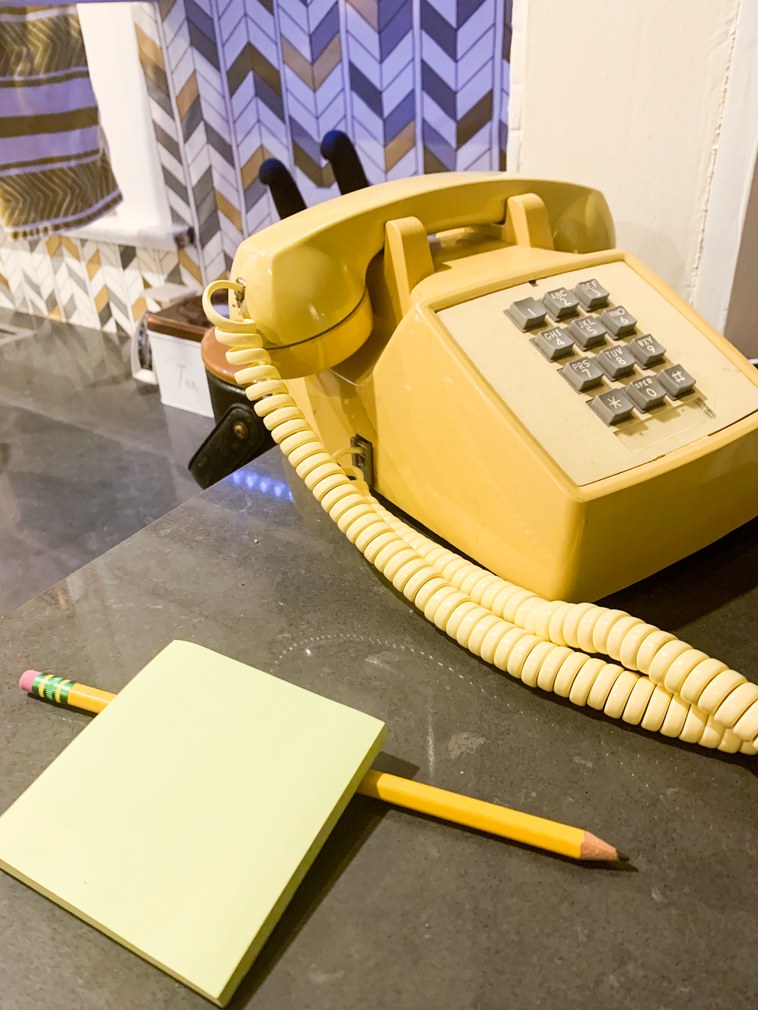 The phone is a significant tool and plot point in Safehouse '82. Credit: Brandon R. Reynolds.

More nuanced than a guy with a chainsaw

The LA immersive scene has its roots in New York City.

Two shows, Sleep No More and Then She Fell, have served as inspiration and ur-text for a generation of creators on both coasts. Another influence on immersive is the Meow Wolf art collective in Santa Fe (with eventual installations in Las Vegas and Denver).

Whereas the appeal of haunts is in the adrenaline jolt of being chased by a guy with a chainsaw, and the appeal of escape rooms is in solving puzzles in a certain amount of time, immersive theater tries to evoke more sophisticated responses. In Los Angeles, the variety of shows is impressive.

The Delusion series was one of LA’s first, starting in 2011. These shows were epic, with stunts, a live score, and special effects. More recently, Capital W’s Red Flags seeks intimate human drama. It’s a show with one actor and one audience member. It’s a date -- a bad date. And yet the show is sold out.

In another show, The Nest, one or two visitors explore the storage unit of a deceased journalist named Josie. The story is told through audio tapes, which begin to shape the space itself into her memories. It is surreal, heartbreaking and beautiful. It is art you can walk through.

“As humans we've evolved to feel [certain] ways about spaces,” says Jarrett Lantz, who created The Nest with Jeff Leinenveber. Lantz studied architecture and urban design, so for him, the space is the story. “We're the invisible hand that pushes [the audience] a certain way.” 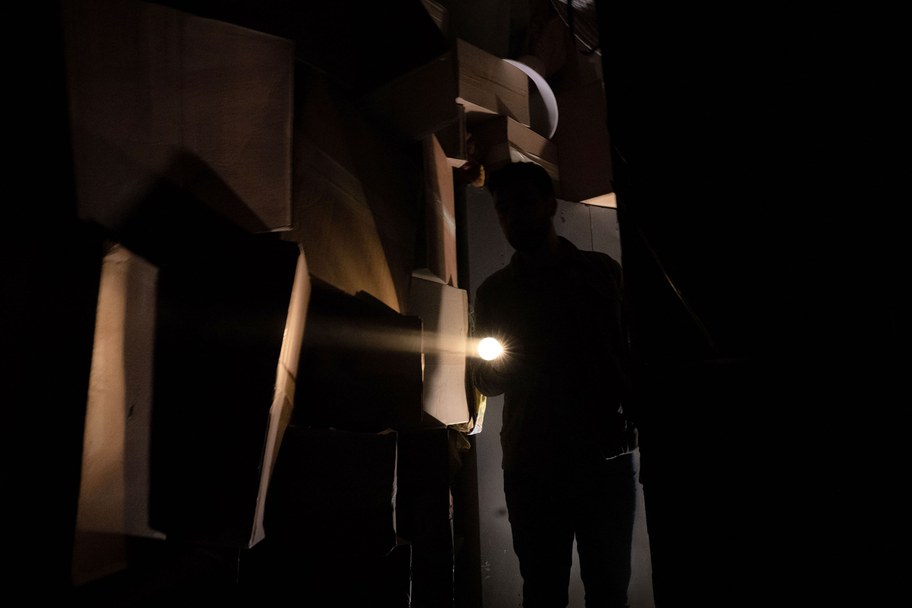 The Nest. Credit: The Nest.

Most LA shows, like Safehouse ‘82, run for weeks or months. There’s not yet a yearslong show like Sleep No More to anchor the scene. But because Los Angeles has a creative core of writers, directors, actors, video game companies, theme park designers, and so on, it’s fertile ground for an immersive boom.

There’s certainly a fervent community here. An online publication based in LA called No Proscenium covers the national immersive scene. The League of Immersive and Experiential Artists (LEIA) is rallying the troops for “collaboration, education, and advocacy.” In 2020, Pasadena will host the Immersive Design Summit. There are a lot of familiar elements to this “immersive interactive” thing, but what these people are creating is entirely novel.

We miss our mammoths

Immersive went mainstream this past summer, when Star Wars: Galaxy’s Edge opened at Disneyland and Disney World. Other immersive experiences promise a world you can walk through. Galaxy’s Edge guarantees that too, but also, you can buy stuff. Intergalactic stuff.

And yet, our desire for these experiences may be even more ancient than souvenirs.

“We subsisted as nomadic tribes, hunting mammoths and building villages and wandering and hunting and gathering,” says Tommy Honton, a founding member of LEIA and designer of interactives. “The connections we crave are ones in which we sit across from people we care about, and we go on adventures and do tasks that help us survive. We don't really do that anymore. And immersive interactive entertainment allows you to go on these adventures together with people you care about — or, hell, even strangers.”

Meaning, keep your eyes open. More of these transcendent dramas may start popping up all over — espionage in bungalows, whole lifetimes in storage units, bad dates you see at your local coffee shop that are fictional but also true. The mammoths roam where you least expect.

The weird world of immersive theater and escape rooms

From escape rooms to Galaxy’s Edge, immersive art is all around us

A new genre of art is growing in LA: “immersive interactive experiences.” Board games and video games are immersive, so are virtual and augmented reality, escape rooms,...

LA is doing a poor job of capturing and cleaning stormwater, report shows

Winter rains are great for helping end the fire season and building up drinking water supplies. But in LA, a storm also means millions of gallons of storm water draining...

Debate over what to do about the Silver Lake Reservoir

Silver Lake -- known for its lovely houses clambering the hills, hip residents and progressive politics -- is going through a big transition. In the center of the...