Hot Dog on a Stick (originally Party Puffs) opened in 1946 across from the Santa Monica Pier. Another one quickly opened along Muscle Beach (pictured here). There are now 44 locations in five states and South Korea. Photo courtesy of George Geary.

A new book chronicles the early 20th century food companies that started in California and went on to capture America’s hearts and stomachs. It’s called “Made in California: The California-born Burger Joints, Diners, Fast Food and Restaurants that Changed America.”

Food historian and chef George Geary profiles 50 eateries — from the original owners, concepts and locations to the secrets behind their longstanding success. Some of those eateries include Van de Kamp’s, Pink’s Hot Dogs, Sambo’s Restaurants, and Randy’s Donuts (originally Big Do-Nut Drive-In).

Fatburger opened its original location in 1947 on Western Ave by a woman named Lovie Yancey, which was called Mr. Fatburger when it first landed in Southern California. Geary says, “It was at the time, you could say, in the rough part of the town in the 40s. And nobody would go down there. … So she started making these great hamburgers. And [then] her second location was in Beverly Hills because all of the stars were coming all the way down to see her.”

As a Black woman in the 1940s, Geary says Yancey drew a different audience and catered to them. That helped the joint go national and eventually international with multiple locations in 16 countries.

Lawry’s is another restaurant that stands out in California history. The Van de Kamp family opened the first Lawry’s The Prime Rib in 1938 on La Cienega Boulevard in Beverly Hills. The restaurant was known for the show they would put on by wheeling around carts that the owners invented. “They have these huge carts that are kind of very deco-looking with silver. And they house about four racks of prime rib, all the sides, and the hot plates.”

He adds, “It's just a fascinating show, where you get fed right away [because] the waiter or waitress comes over and they will serve you up. The carver has to go through a lot of training to be able to carve the roast beef.”

Now many of these restaurants have become chains, but Geary says, “A lot of places did not start out thinking they were going to become chains. … They just had one or two locations, and then they started getting bigger and bigger. It was rare that the family that started these places would keep the chain going.”

Places like In-N-Out and Lawry’s, however, were the exceptions to that. They were started by families and were able to grow. 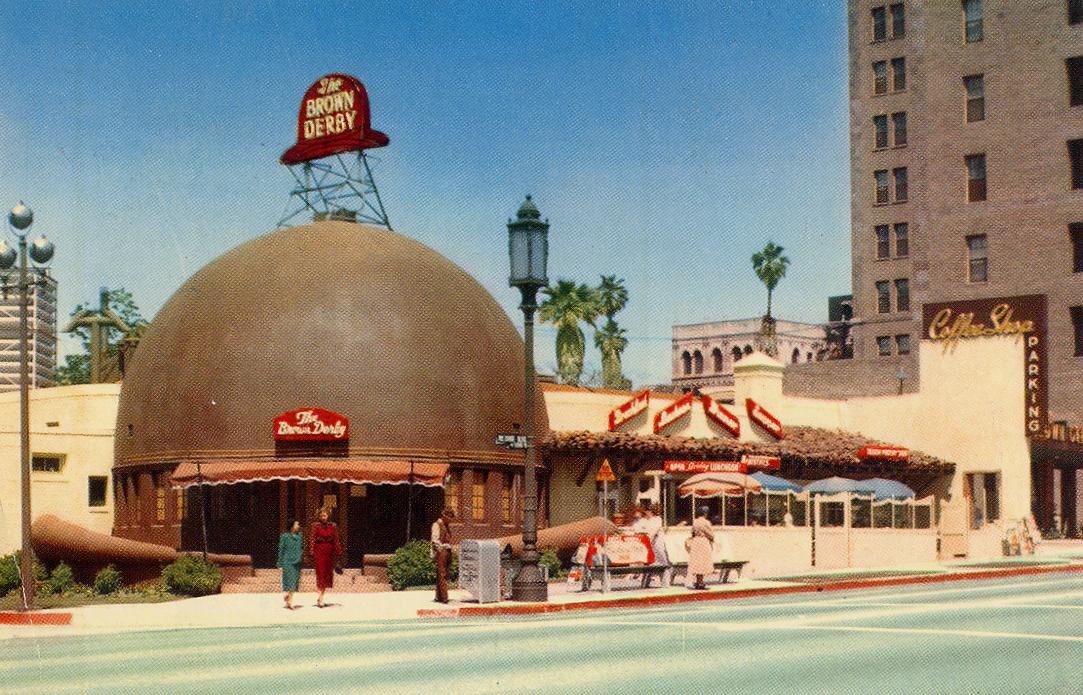 The Brown Derby opened in 1926 along Wilshire Boulevard and was open until 4 a.m. They served liver and onions, burgers, and omelets. Its Hollywood location, which opened in 1929, became world-famous for its showbiz vibe. Photo courtesy of George Geary. 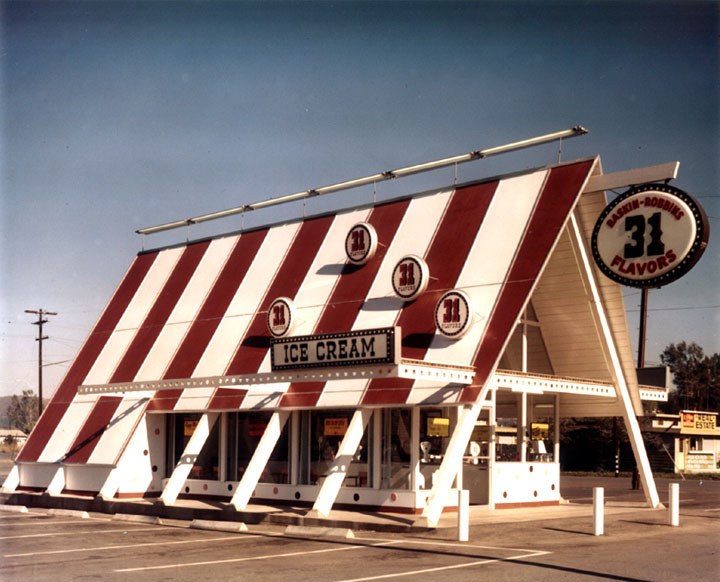 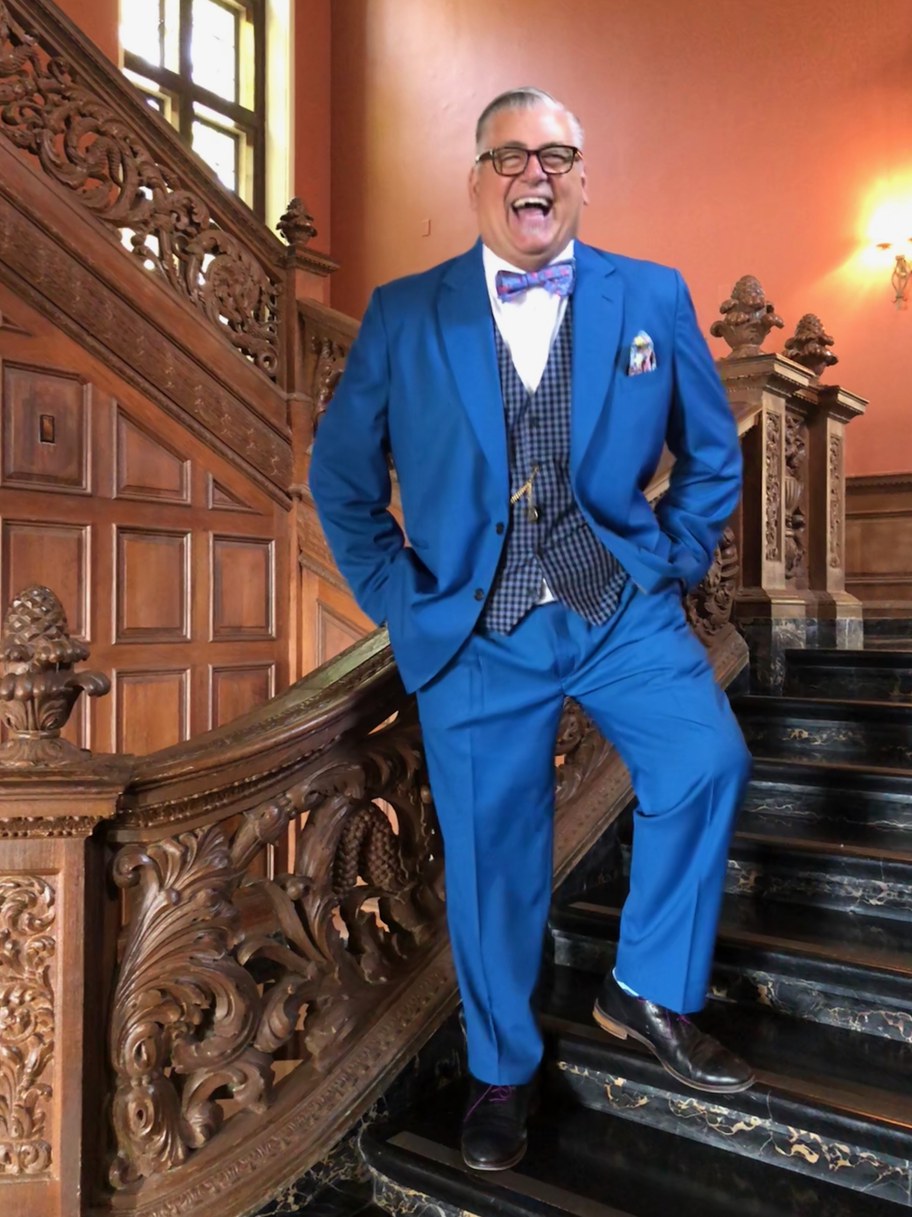 “When I was writing the book, every single chapter, when I would work on it, I'd want to go to that location. Even if it was a hotdog stand. I'm like, ‘I'm getting kind of hungry for these chili dogs,’” says George Geary. Photo courtesy of George Geary.

COVID is spiking in Hawaii like never before. SoCal tourists are still coming

Hawaii is experiencing its highest number of COVID cases, hospitalizations, and deaths since the pandemic began. Despite the governor’s plea to avoid traveling to the...

A new book chronicles the early 20th century food companies that started in California and went on to capture America’s hearts and stomachs. It’s called “Made in California:...

The Jewish High Holidays are around the corner. Rosh Hashanah marks the beginning of the Jewish New Year, according to the Hebrew calendar.