Protesters outside the Lompoc federal prison on May 24. Photo credit: Chrissie Rogers.

Hollie Mowry typically receives a call from her father, Charles Molesworth, every Saturday. He has been at the low-security federal prison in Lompoc, CA for four years, serving his sentence for a nonviolent crime. He is due for release next spring.

“We got our 15 minutes,” she says. “I'd give him an update on what was going on in my world, and he would tell me a little bit about what was going on there. Of course, it was mostly the same all the time for him.”

But in mid-March, those phone calls stopped.

“One day, I realized I hadn't heard from him for two weeks,” she says. 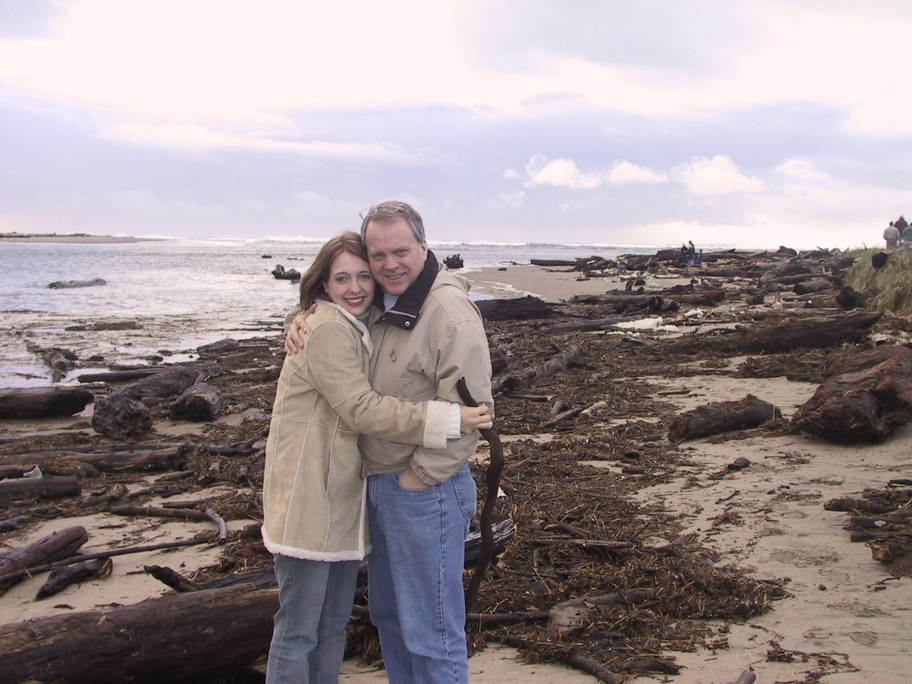 Regular phone access came to a halt as the pandemic made its way inside the prison walls. Lompoc is now home to the worst coronavirus outbreak in the federal prison system. So far, more than 1,000 inmates have tested positive for COVID-19 inside the low-security and medium-security prisons, as well as 40 staff members. Three inmates have died.

Meanwhile, community cases continue to rise disproportionately from the rest of Santa Barbara County in areas where prison employees tend to live.

As the number of cases began to skyrocket, Mowry became more and more worried.

“I decided one night that I was going to call the prison, which I've never done in the four years he's been there,” says Mowry. “I called, I gave him his name. And they said, ‘We can't tell you anything.’ And I said, ‘Well, what do you mean? How do I know if he's sick or not?’ And she said, ‘I can't tell you.’ And I said, ‘If he was to test positive and get really sick, would you call?’ And she said, ‘We will only call next of kin when the inmate is at end of life.’ So basically, at the very end, they would call and say, by the way, your father is about to die.”

On May 14, she received a letter from her dad saying he had tested positive for COVID-19, along with the majority of the inmates inside the low-security facility. In the letter, he says “all those who were pulled out for early release and sent to 14-day quarantine … they also tested positive, and were brought back to the dorm.” 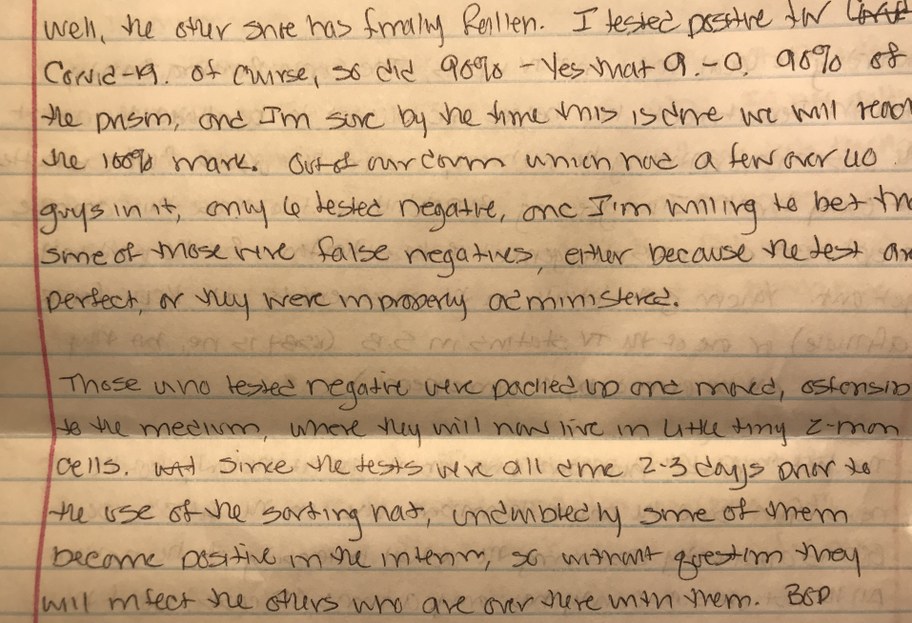 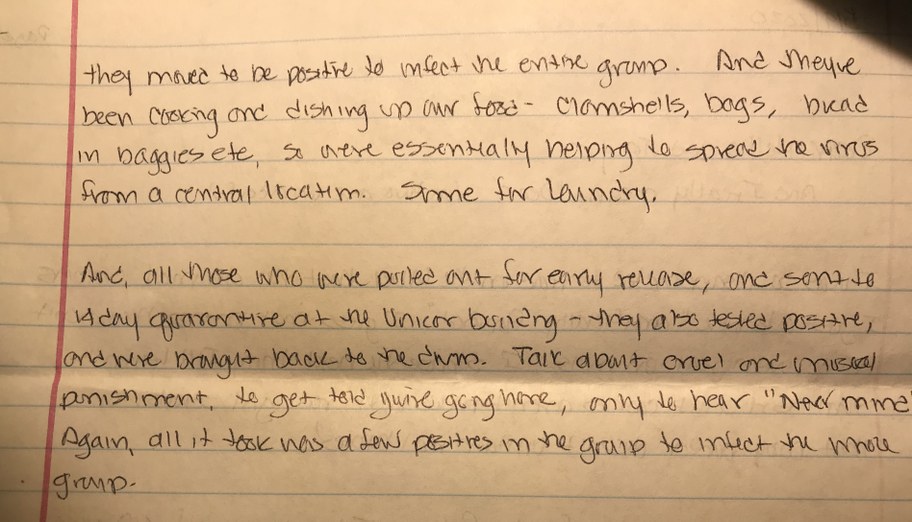 A letter written by Charles Molesworth, an inmate at Federal Correctional Institution Lompoc, telling his daughter he tested positive for COVID-19. Photos courtesy of Hollie Mowry.

The Bureau of Prisons says nationwide, more than 3,000 inmates have been released from federal facilities to home confinement since the pandemic began, following an order by Attorney General William Barr to release some nonviolent offenders who are most vulnerable to the virus.

On May 17, The American Civil Liberties Union Foundation of Southern California filed class-action lawsuits on behalf of prisoners in the Federal Correctional Institutions in Lompoc and on Terminal Island. It accuses prison officials of violating the Eighth Amendment of the U.S. Constitution that protects against “cruel and unusual punishments.”

The Bureau of Prisons declined an interview. 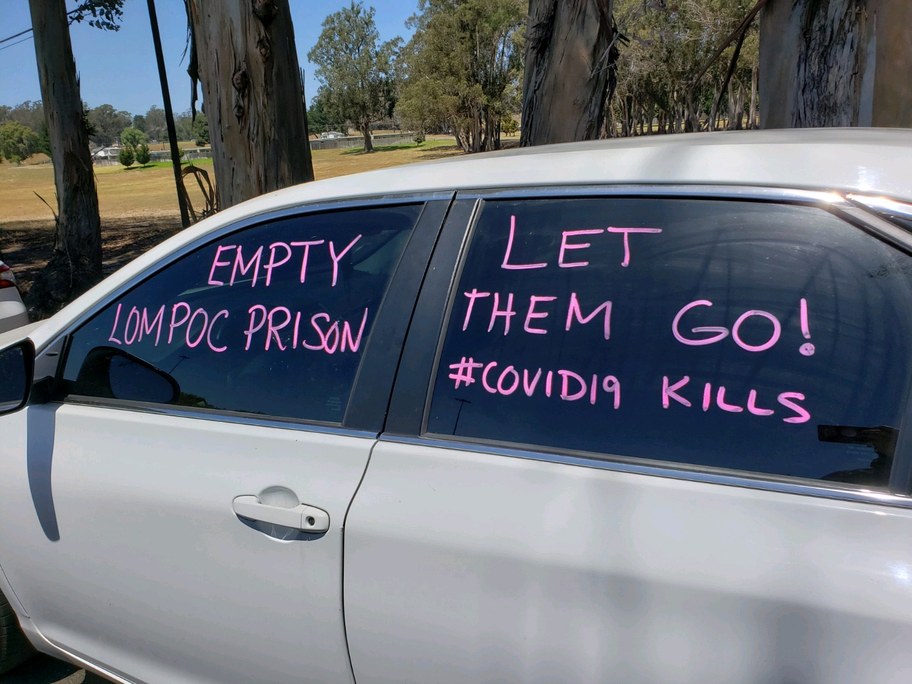 Hundreds partook in a car protest outside the Lompoc Prison on May 24. Photo credit: Chrissie Rogers.

Over Memorial Day weekend, hundreds of protesters in a long caravan of cars drove by the prison. They honked, chanted and held signs. They called for more early releases, adequate medical care, including social distancing and proper sanitation, and improved communication with the inmates and with their families.

One protester shouted, “Y’all don’t love my inmate, but I do.” Another held a sign that read “Forget a haircut. I need my brother.” 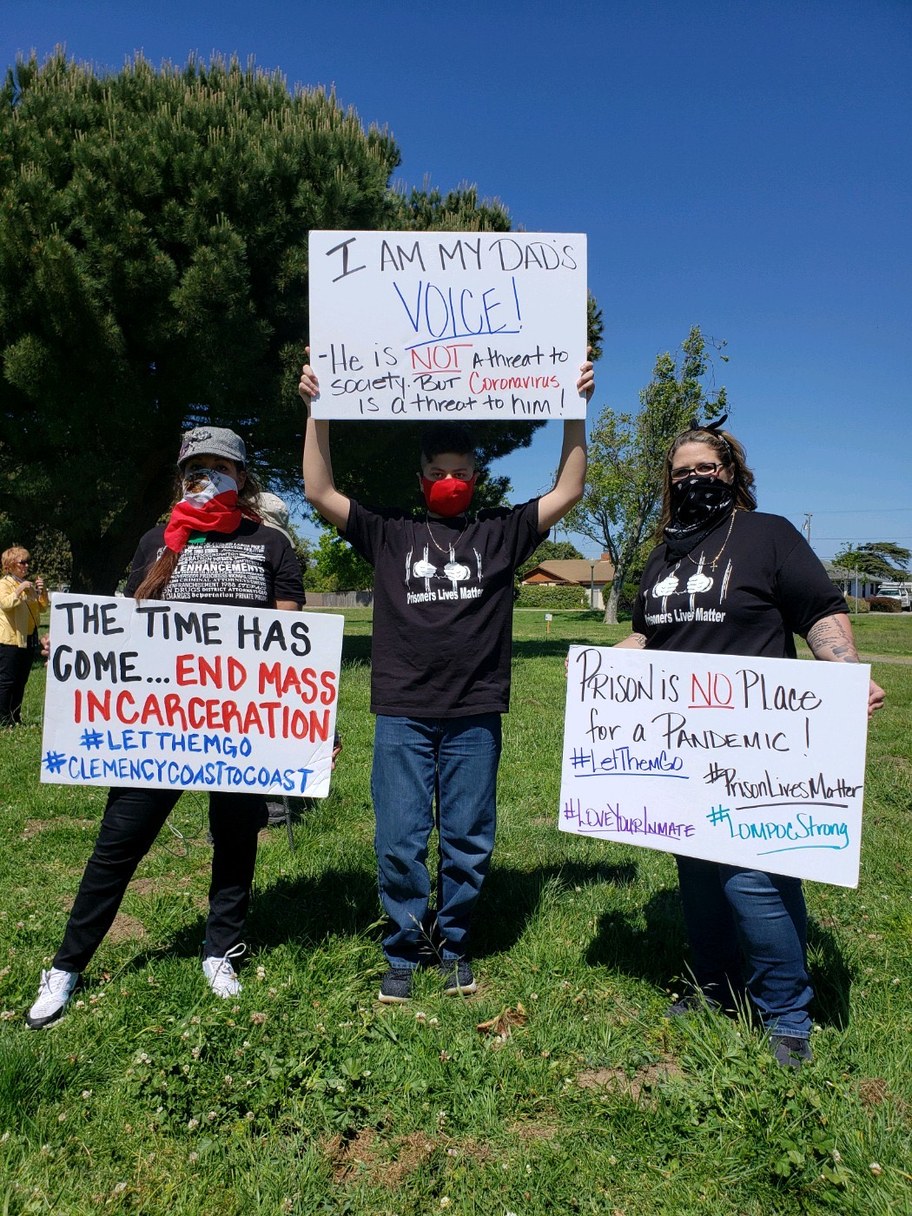 Mowry says her father is doing okay and exhibiting minor symptoms, but she’s concerned about a recurrence of the virus.

“Someone from his floor just died from it suddenly the other day,” she says, referring to the prison’s third death.

Santa Barbara Congressman Salud Carbajal is calling for the House Oversight Committee to investigate the Bureau of Prisons’ handling of the pandemic.

“All these inmates, they were never sentenced to death or [meant] to be put in such health predicaments where their life could be in danger,” he says.

Mowry and her father were looking forward to him getting out. But in a recent letter, he told her how he wants his assets handed down in case he dies.

“This letter basically smacked me in the face and said, ‘Hey, I don't know if I'm going to get out of here.’”