Trojan Shelter is one of the first shelters in the U.S. for unhoused college students. Courtesy of Trojan Shelter

Over the weekend, the first wave of students moved into USC’s Trojan Shelter, the newest homeless shelter in Los Angeles dedicated entirely to college students.

Located inside the rectory at St. Mary’s Episcopal Church in Koreatown, Trojan Shelter is one of the first of its kind.

“We really want to provide a safe space for students to do their homework, relax and talk to other students about their midterms, and just be normal college students,” said Esther Cha, co-founder and co-president of Trojan Shelter.

Six students in total will move into the shelter this academic year. The shelter is open to students ages 18 to 25, from any public or private university in the Greater Los Angeles area.

Residents will receive free resources to succeed in school. That includes three meals a day and in-house peer-to-peer support, modeled after resident advisors (RAs) in dorms. Each student will also be paired with a case manager from the USC Dworak-Peck School of Social Work, who will help them transfer into permanent housing by the end of the school year. 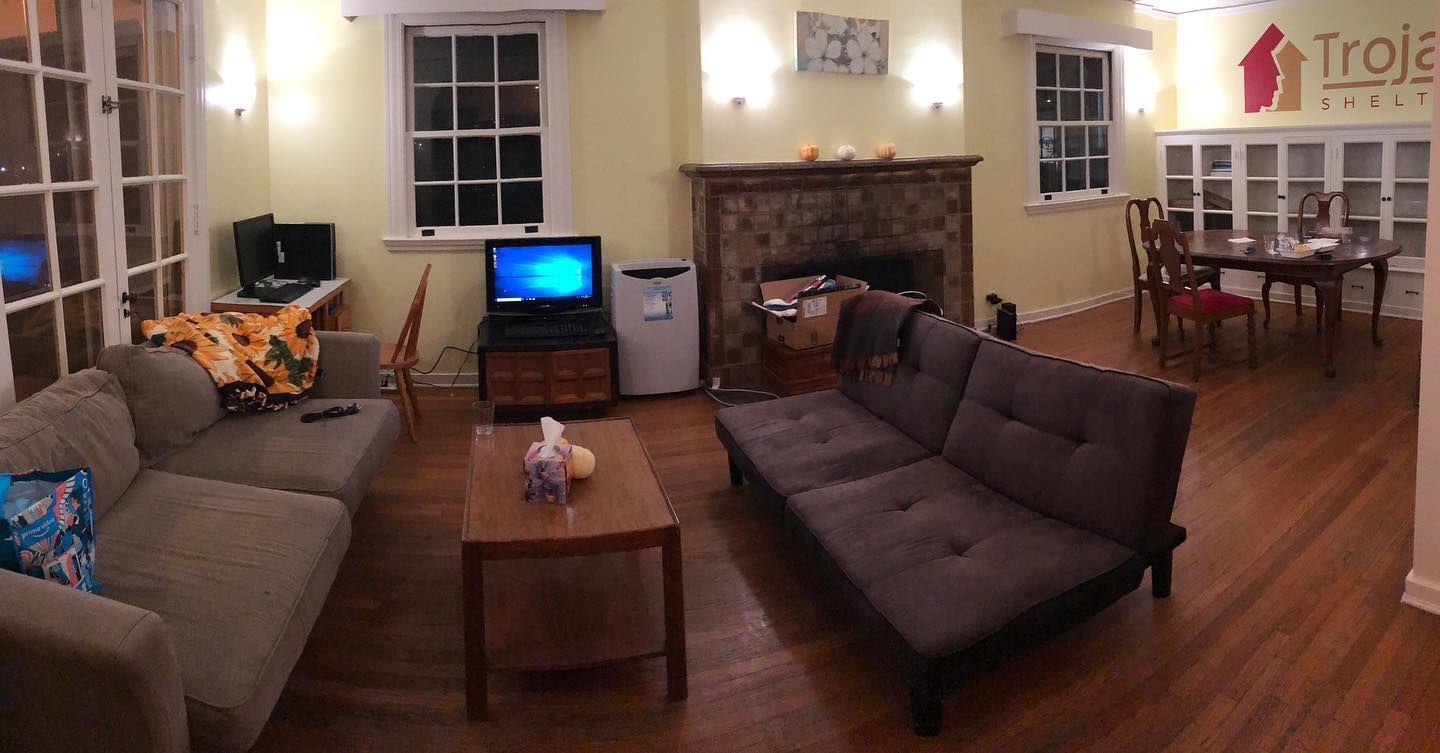 Cha and fellow student Abigail Leung were inspired to create the shelter in early 2018. At the time, they were in an undergraduate public policy class about the non-profit sector, taught by Cara Esposito. The speaker that day was Louis Tse, the founder of Bruin Shelter. Opening in 2016, Bruin Shelter was one of the first student-run shelters in the U.S. created to support unhoused students.

“At the conclusion of class, two of my students, Abby and Esther, who had never sat together in class, came up to me and said, ‘Professor Esposito, we have to open something like this on the east side,” Esposito said.

She completely supported the idea, but knew it could be tough to execute. “And to be totally frank, I never thought I would hear from them again, because I thought the chance to find a space in a Los Angeles where we could actually build something was nonexistent.”

But Cha and Leung came back to Esposito just a few months later.

Esposito agreed to be their faculty mentor, and the students explored their options for funding and staffing. Esposito reached out to the network of USC alumni to pool resources together.

“We’ve just been really touched by how incredibly supportive everyone has been on this issue, which is why I think the long term goal is to see this model being used all over the place. Why can’t alumni let students sleep in extra rooms?” Esposito said . “Why can’t we create systems like this where when students are challenged, we can help quickly?” 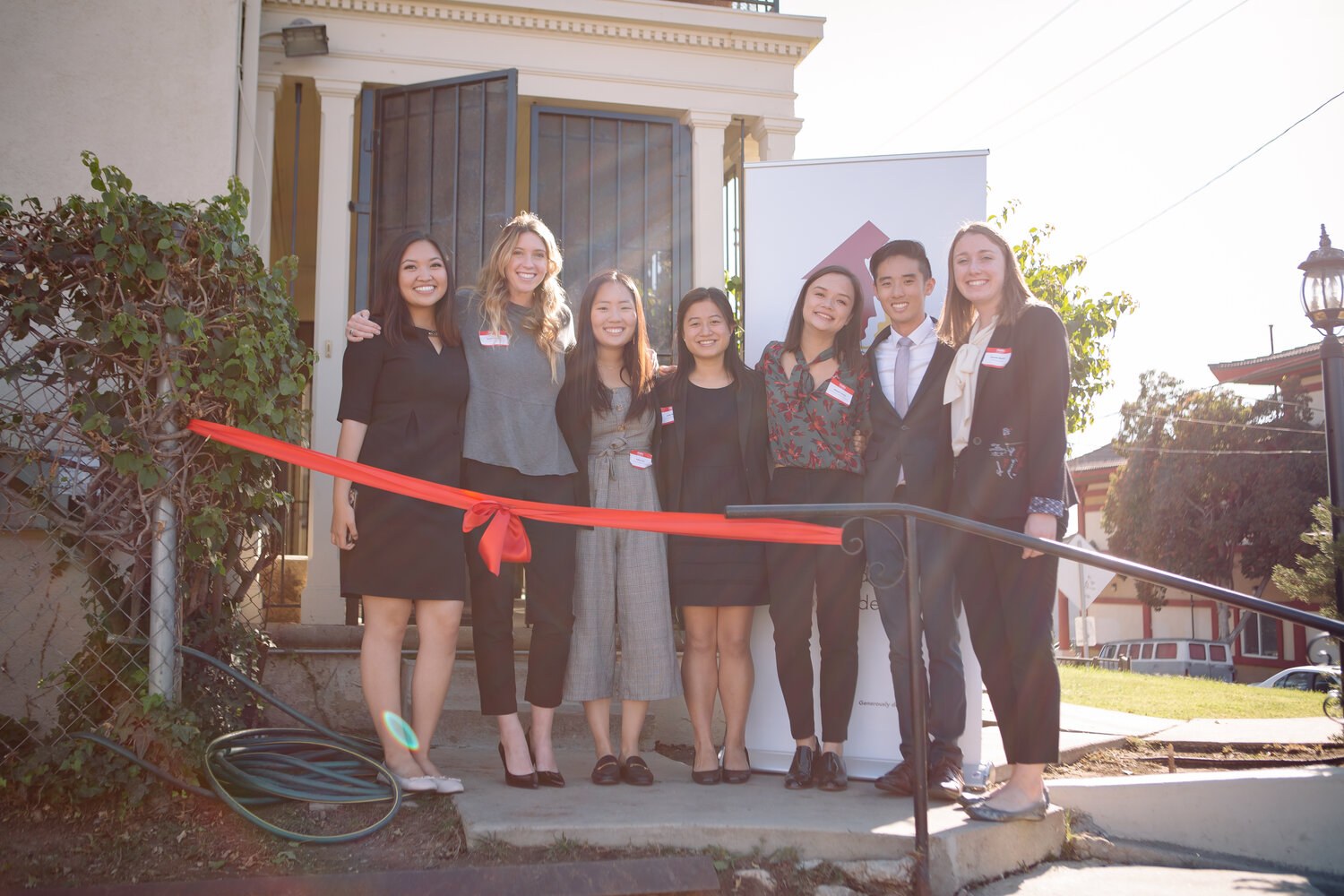 Today, Trojan Shelter has more than 50 student volunteers to keep it going.

In Los Angeles, about 20% of community college students experience homelessness. More than 40% of Cal State University students have reported they don’t always get the food they need.

The team at Trojan Shelter wants the community to know that a student-based model, with the purpose of helping unhoused folks, isn’t totally outlandish and could easily be replicated across the country.

“I think a really big part of our mission is the fact that we ourselves believe in our dreams … and what we want to do with our degree after you graduate,” Cha said. “We want our residents to have that same experience and achieve their dreams as well.”

After its pilot year, Trojan Shelter aims to expand beyond its current six resident cap.

It’s been seven months since Hollywood writers fired their agents. TV shows and movies are still being made. But the impasse between writers and agents continues.

Wednesday is Corita Day in Los Angeles. The city named the day after a Catholic nun from the order of the Sisters of the Immaculate Heart of Mary. Sister Corita was also an...