Mike Bonin has suffered depression. He may now be happiest man in LA politics 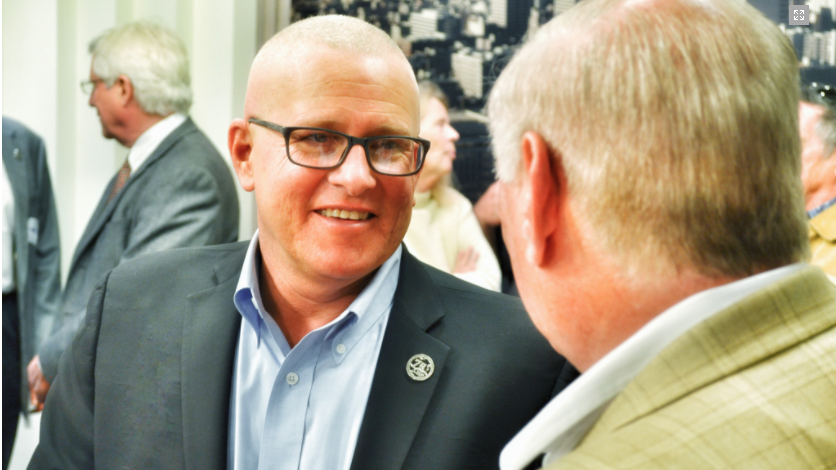 Mike Bonin says he’s leaving his seat on the LA City Council to prioritize his mental health after being inspired by his 8-year-old son, Olympic gymnast Simone Biles, and Atlanta Mayor Keisha Lance Bottoms. Photo courtesy of the Office of Mike Bonin.

One week after making an announcement that he won’t be seeking re-election, Los Angeles City Councilmember Mike Bonin is feeling great.

His decision was surprising or disappointing to some, especially because he successfully fended off a recall effort against him, largely over his homelessness policies. But the representative for the 11th District says deciding not to seek a third term is a weight off his shoulders — with no regret or remorse.

“I am relieved. I'm excited. I'm inspired. And I think I very well may be the happiest man in Los Angeles politics right now.” 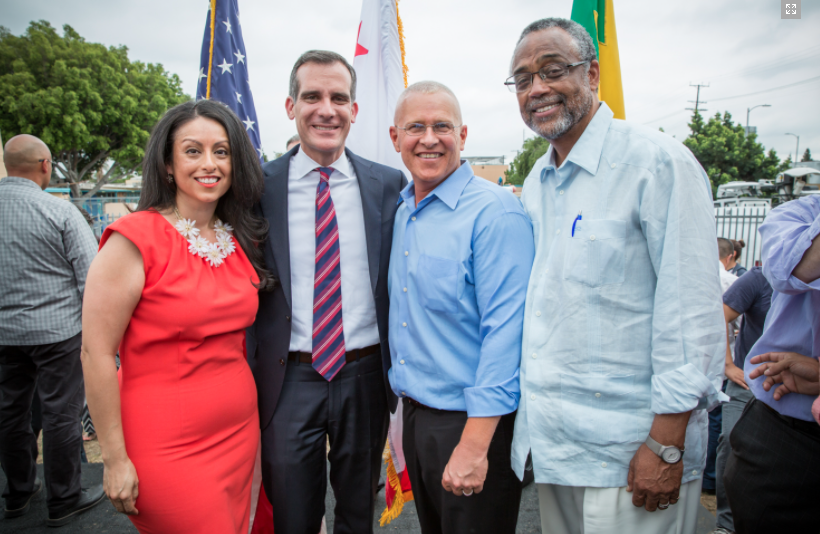 Bonin says some city councilmembers have not reached out to him despite his announcement not to seek re-election, citing chronic depression. “Some of the people I work with still give me booze for Christmas and still vote to criminalize homelessness. They weren't the ear I was looking for to talk about mental health issues.” Photo courtesy of the Office of Mike Bonin.

Who inspired Bonin to call it quits? Simone Biles, Keisha Lance Bottoms and his 8-year-old son

When the recall campaign failed, Bonin says it finally gave him an opportunity to breathe and think about whether he wants to spend another four years at City Hall.

And thanks to the gift of time given by the coronavirus pandemic, Bonin got to wonder how four more years of evening and weekend meetings would affect his relationship with his 8-year-old son.

“When I'm done with it, he'll be 13. He’ll probably not want to talk to me anymore, so I wanted to maximize this precious time I have now with this precious little kid.”

An Olympic gold medalist and a politician from another big city also inspired him to conclude that his time is done on the City Council.

Bottoms, who was once considered a rising star within the Democratic party, disappointed many by announcing that she would not be seeking re-election in her city. The Atlanta Journal-Constitution also reported she turned down a cabinet position from the Biden administration.

“One of the things [Bottoms] said is that she was turning 50. And her dad had died when he was 55. And she said to herself, ‘If I have only five years left, is this how I want to spend it?’ I'm turning 55, so I asked myself a very similar question.”

Bonin also says while his close friends and husband, Sean Arian, played a big role in helping him come to the decision, the councilman did not discuss the matter with his colleagues on the City Council prior to the announcement. But once the cat was out of the bag, most of them were supportive, according to Bonin.

“A couple of them expressed a little bit of jealousy and wished that they were able to do the same thing.”

Surprisingly, Bonin claims he has not heard from the City Council leadership even after he explained last week that he’s leaving City Hall due to chronic depression — following nearly a decade of work. But Bonin says he’s not holding his breath.

“I've been open about being an alcoholic, and I have been open about having lived on the streets. And some of the people I work with still give me booze for Christmas and still vote to criminalize homelessness. So they weren't the ear I was looking for to talk about mental health issues.” 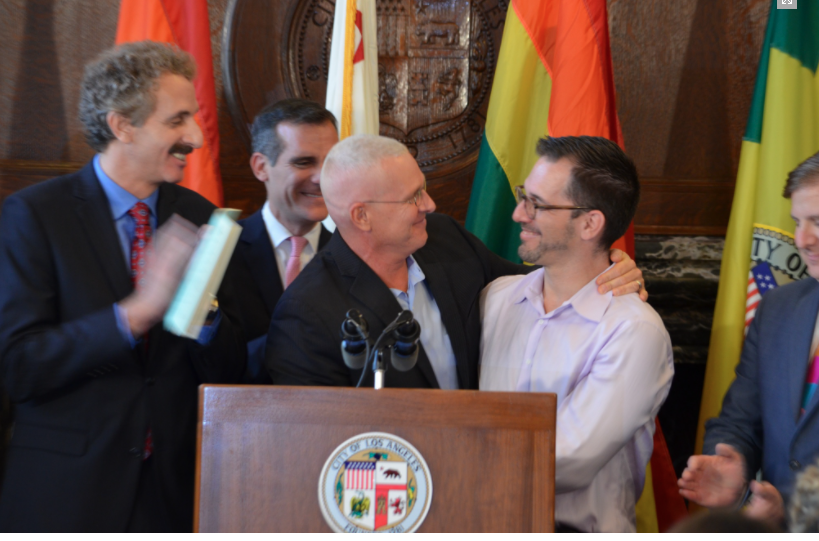 Bonin says instead of running for a third term, he looks forward to spending more time with his 8-year-old son and husband, whom he describes as a “real hand-hold” through the tough decision-making process. Photo courtesy of the Office of Mike Bonin.

How Bonin copes with depression in the divisive world of politics

Bonin has been candid about struggles with chronic depression and alcoholism. But since the pandemic hit, he had to make more efforts to take care of his mental and emotional well-being in addition to continuing his 12-step meetings.

“Everyday, at least once, I make a gratitude list [with] things that I'm grateful for because it directs your attention to the positive.”

He says staying active has also kept his depression at bay. In addition to hiking through the Santa Monica mountains, visiting shelters and connecting with the unhoused have energized him to fight the condition.

“One thing that really took me out of myself and brought me a sense of purpose was just going out and doing homeless services, or visiting people in the interim housing that we provided to get them off the streets. All that was really meaningful and uplifting.”

Bonin also hopes that his decision inspires others to take care of themselves.

“A lot of people think that depression means you're just really sad, and they don't even recognize that they have depression. I would encourage people to really look at what's going on. Are they feeling happy and alive? If not, ask yourself why, please give yourself permission to take care of yourself, and put your mental well-being, your physical well-being yourself first.”

Bonin, who has repeatedly voted against expanding street camping restrictions, says the fact that he won’t be advocating for his causes on the City Council after this year weighs heavily on him. But he believes his mental health needs to be prioritized before continuing to fight the good fight.

“When you're about to take off on an airplane … if the oxygen mask comes down, you put it over your face first, and then over your kids’ because if you don't take care of yourself, you can't take care of anybody else. And that principle was pretty true here.”

What’s next for Bonin? Something in construction? Definitely not in high-priced lobbying.

Now that there are 10 months left on the job, the outgoing councilmember says he and his team are narrowing the scope to help as many people as possible.

“We [will] do the projects, the programs and the legislation that will do the most to get the greatest number of people indoors and on track to better life.”

Bonin admits that he doesn’t have a job lined up yet, but the progressive Democrat says his fight on behalf of the unhoused is not over.

“A lot of elected officials ride off into the sunset and become a high-priced lobbyist for special interests. I've not been a typical elected official, so I won't be a typical retired elected official. I'm going to stay engaged, and I'll just be finding different ways to fight for the things I believe in.”

But following his young son’s suggestion, there may be one profession Bonin may consider.

“[My son] said, ‘Well, you really like helping homeless people, right? Why don't you get a job in construction?’ Even at 8 years old, he gets it: Housing ends homelessness. I'll count that as a victory.”

If you suffer from depression, the Substance Abuse and Mental Health Services Administration’s National Helpline offers a free, confidential treatment referral and information service all year around at 1-800-662-HELP.