The dangers and delicacy of Santa Barbara sea urchins Sea urchin on the boat. Photo courtesy of Jason Wise.

The Channel Islands are famous for world-class diving, stunning views, and an aquatic creature that has become a foodie delight: sea urchin.

“The Delicacy,” a new documentary premiering at the Santa Barbara International Film Festival, follows sea urchin divers off the coast of Santa Barbara, and explores the impact that these unusual creatures have on the environment and those who eat them.

“Sea urchin is a strange thing that we eat, but it's also a strange animal. It's also a very strange industry, and collecting it's very odd. And so I started to see a prism around a very odd animal that led to a lot of very beautiful stories,” says filmmaker Jason Wise, who’s known best for his film on wine sommeliers called “Somm.”

Santa Barbara exports thousands of pounds of uni (Japanese term for the edible part of sea urchin) each year to places like Japan and Canada.

But catching sea urchin is hazardous, as divers deal with unpredictable forces of nature.

“The thing I'm mostly scared of is the current,” says Stephanie Mutz, a sea urchin diver in Santa Barbara who stars in the film. “There are sharks, there's wind, you can get stranded with boats breaking down, you're relying on breathing apparatuses, and it's freezing cold.” 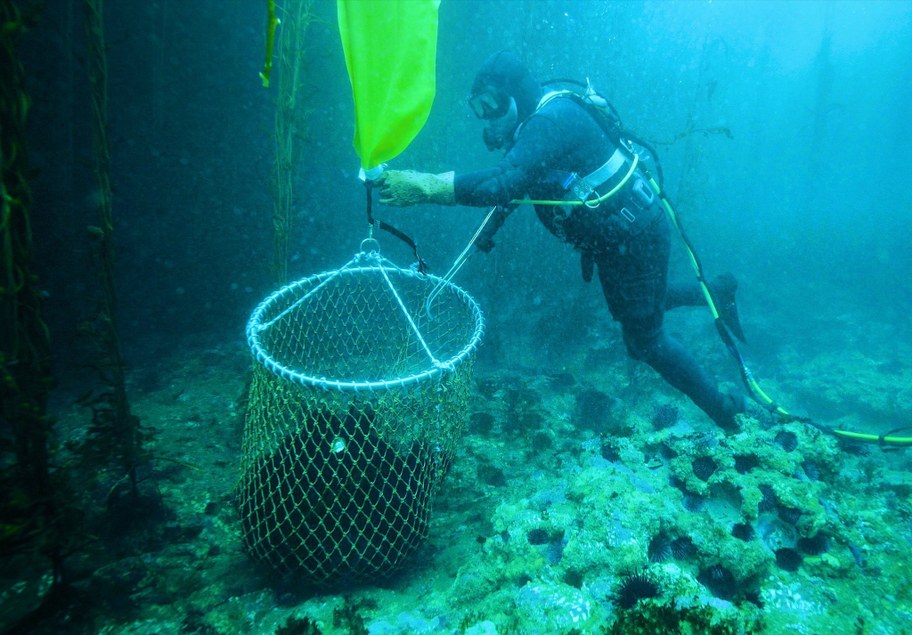 All that work translates to an expensive and highly sought after product, especially at high-end sushi restaurants.

“It's often described as umami. If you've had a very earthy, mushroomy, salty, briny kind of a thing before, and you add that to a creaminess and a sweetness, that's what it tastes like. And that's why it's so hard to describe,” says Wise. “Urchin in your mouth takes on different flavors for every moment it's in there. It has an evolution, where a lot of food does not.”