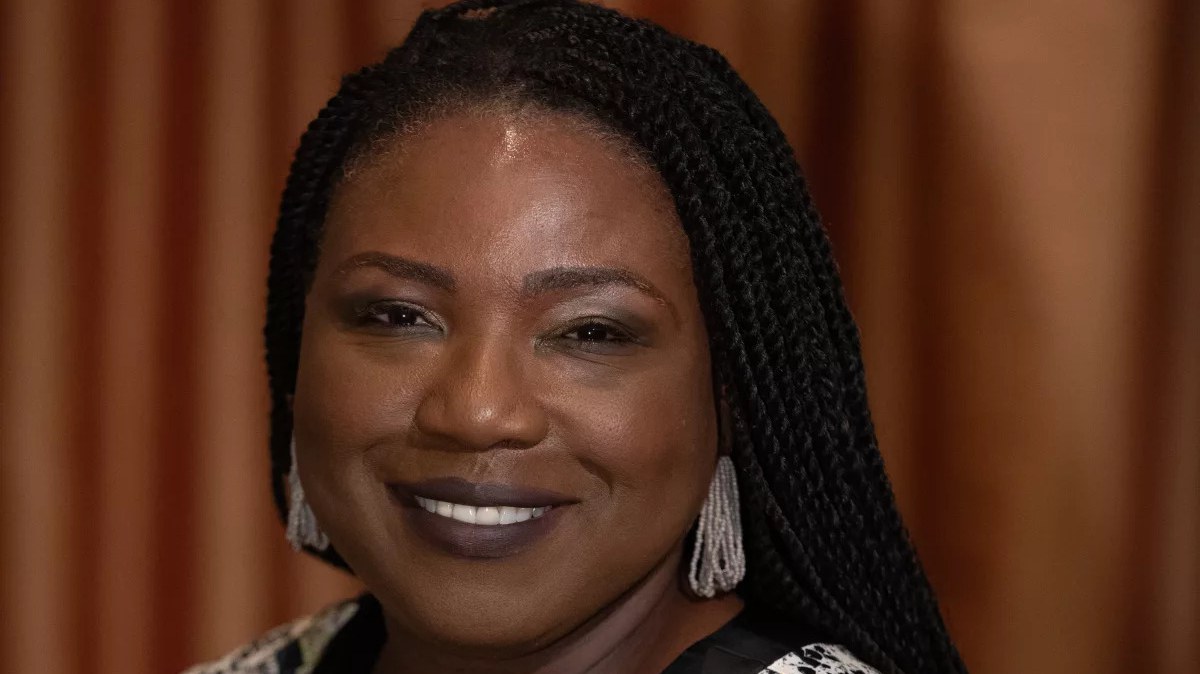 For American Library Association Executive Director Tracie D. Hall, the small yellow Watts Branch Library around the corner from her family’s home was like a church for her growing up. It was where she got her first library card, went with her brother to participate in storytimes, and got her first taste of how important libraries would be to her life.

The LA Public Library’s Watts Branch set the foundation for a career focused on increasing access to literature and boosting diversity in the field — two key reasons why the National Book Foundation chose Hall to be the recipient of its 2022 Literarian Award.

The prestigious award is given to people who have demonstrated “a lifetime of achievement in expanding the audience for books and reading.” Hall joins the ranks of literary giants like Dr. Maya Angelou and Carolyn Reidy.

Hall has had a long career in the literary world as a librarian, curator, arts and culture administrator and advocate — working at a range of places across the country to merge social justice and literacy. It was her time working at the Seattle Public Library that helped guide her in the work she does today.

“That’s where I realized the transformational power of libraries and it was that job … that made me realize that by becoming a librarian, I could fulfill all my other goals around social service,” she explains.

Those goals include boosting literacy rates, fighting for the freedom to read and access to the internet, educating the general public, and increasing diversity in librarianship.

She says that it's critical to weave in the importance of identity, like racial and gender diversity, into the library world.

Hall is the second librarian in a row to get the Literarian Award. In announcing her as the recipient of the award, the National Book Foundation noted how important it is to increase access to libraries at a moment when reading and books are under attack nationwide.

From protests at libraries hosting drag queen story hours to a rise in the number of campaigns to ban certain books, libraries have become a focus of the so-called culture wars nationwide. Hall believes that is because libraries are a place where everyone can come together regardless of their background.

However, she doesn’t think those attacking libraries reflect the nation’s attitude towards literacy.

“The groups that are bombing libraries, that are threatening violence to librarians, that are censoring books … we know that that is an outlier group that is not reflective of our democratic values,” Hall says.

Amid the spate of attacks, Hall is hoping libraries across the country will be recognized for their importance in bringing information and education to the general public.

“We want to see libraries funded in a way that reflects our understanding that an informed populace is a thriving populace,” Hall says. “I think I've worked in a lot of libraries, and I have to say that I have never seen institutions do so much with so little.”

As for her favorite library out of the hundreds of locations she has visited in the nation, it all comes back to where it all started for her: the Watts Branch.

“I do feel at home when I go to the branch … and I recognize that the branch itself is what set me flowing and going in libraries. It always feels good when I’m back home,” Hall says.