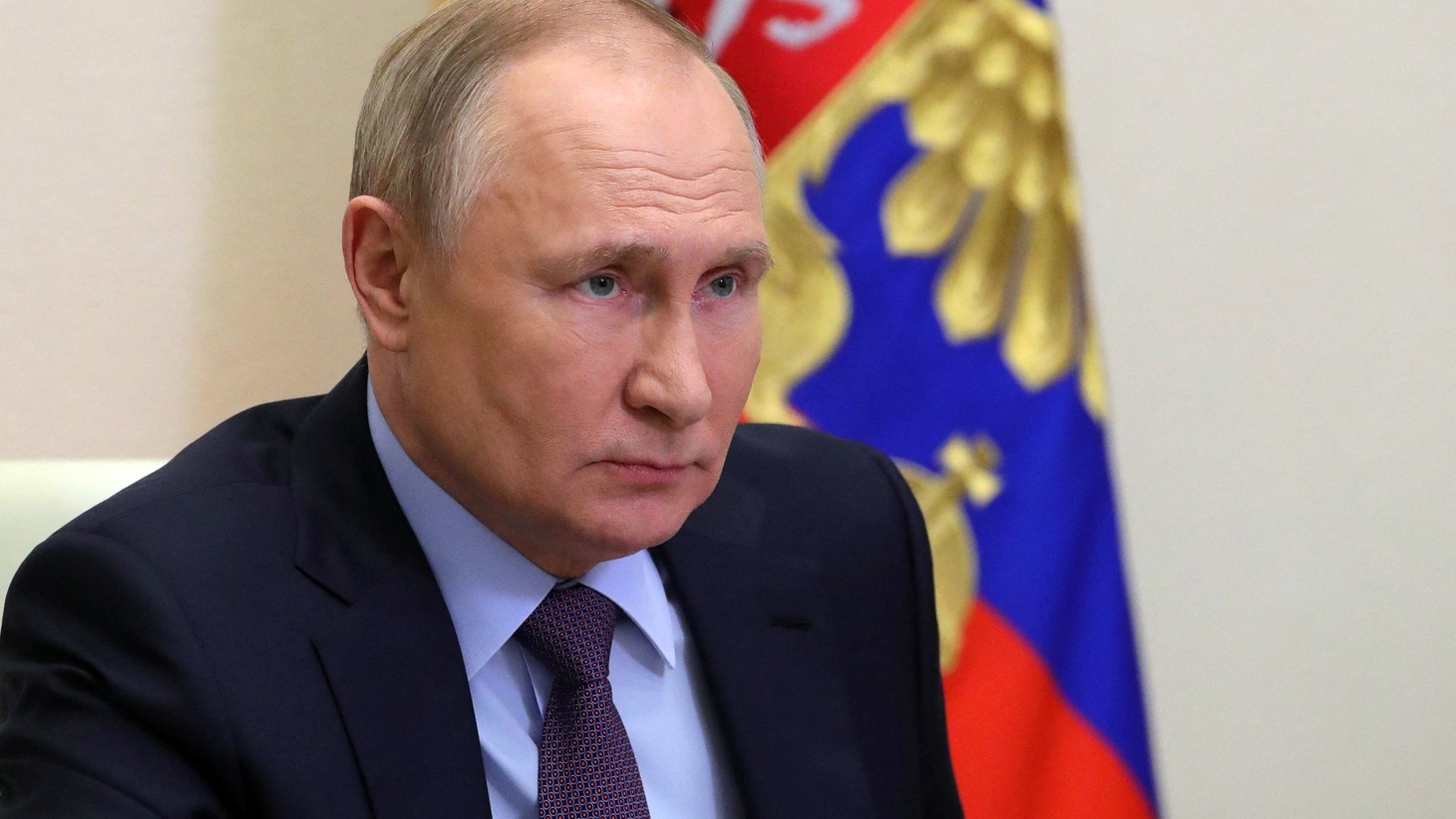 Russia's President Vladimir Putin chairs a meeting on the country's oil and gas industry with representatives of Russian energy companies and officials via a video link at a residence outside Moscow, Russia on Apr. 14, 2022. Photo by Mikhail Klimentyev/Kremlin via Reuters.

Russia’s invasion of Ukraine is now a “genocide,” at least according to President Biden. That’s one of the strongest accusations against Putin we’ve heard from Biden, who’s been (mostly) carefully wording his statements to avoid triggering an already bristly Russian leader. That change in rhetoric also comes with new bids to join NATO from Sweden and Finland.

With the West seemingly firmly united against Russia, could Biden’s words further escalate the conflict? And could Russia’s annexation of Crimea in 2014 help decode Putin’s next move?

Guest host Kimberly Atkins Stohr of the Boston Globe discusses with panelists Kristen Soltis Anderson, Republican pollster and founding partner at Echelon Insights, on the right; and Liz Bruenig, staff writer at the Atlantic, on the left.

Then: American workers are joining forces. Amazon and Starbucks workers are unionizing in droves, even as corporate leaders try to quash their efforts. So, why is the push to unionize stronger than ever? Will the movement sustain its momentum? And can they get legislation through Congress to make their gains permanent?

Plus: Is the center more Mike Bloomberg or Jeb Bush? Politics and politicians are now more polarized than ever, and finding the throughline in the two-party system might be the key to getting past that. In the wake of COVID and the Capitol riots, is the window of centrism shifting? And if so, in which direction?