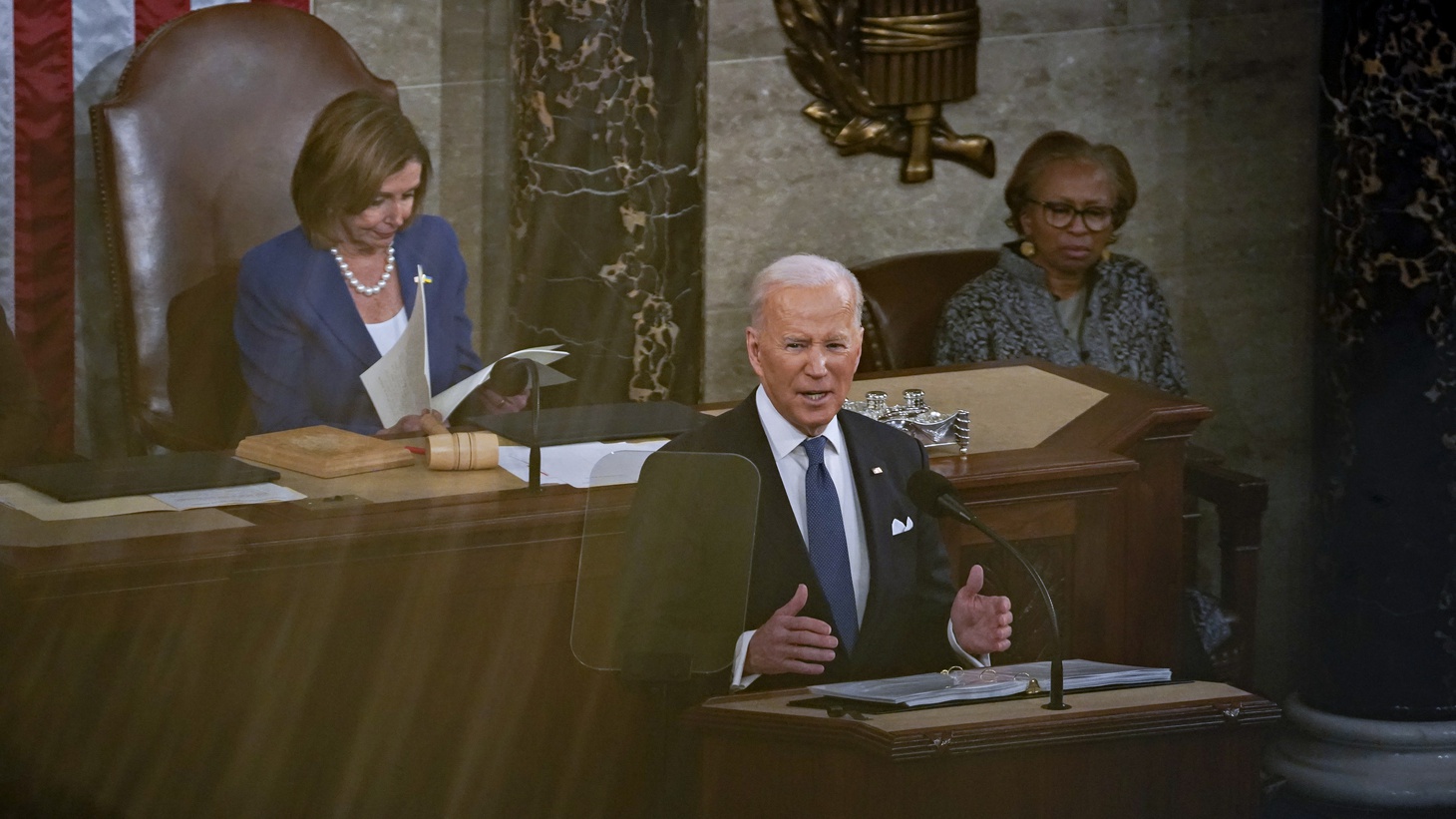 President Biden gave his first State of the Union address this week, and it was certainly a doozy amid the invasion of Ukraine, COVID, and rising inflation. So how’d it go?

The answer: It depends on the symbolism you’re looking for.

Right behind President Biden sat a notably maskless Kamala Harris and Nancy Pelosi – a sign, perhaps, of a White House that’s willing to live with rather than eradicate COVID-19. There was also plenty of bipartisan applause when Biden vowed to crack down on gun violence and “fund the police.” But was his speech focused too much on statesmanship, and not enough on policy?

Next: How does bias in newsrooms determine which crises go viral, and which get relegated to the digital darkness? Also, several gallons of Russian liquor are now swimming in the American drainage system. But how will eschewing Russian products and culturally sanctioning its citizens put an end to Putin’s invasion?

Plus: Who is a conservative? It’s a question worth asking, now that thousands of Republicans, including our own Tara Setmayer, have left the party. Is the typical conservative pro-Trump? Anti-Trump? Or is Trump not a factor at all anymore?

And finally: Our panelists rant from across the spectrum about ocean shipping, pop culture, and why Ketanji Brown Jackson’s nomination to the Supreme Court is a historic win for Black women, even if she’s never confirmed.