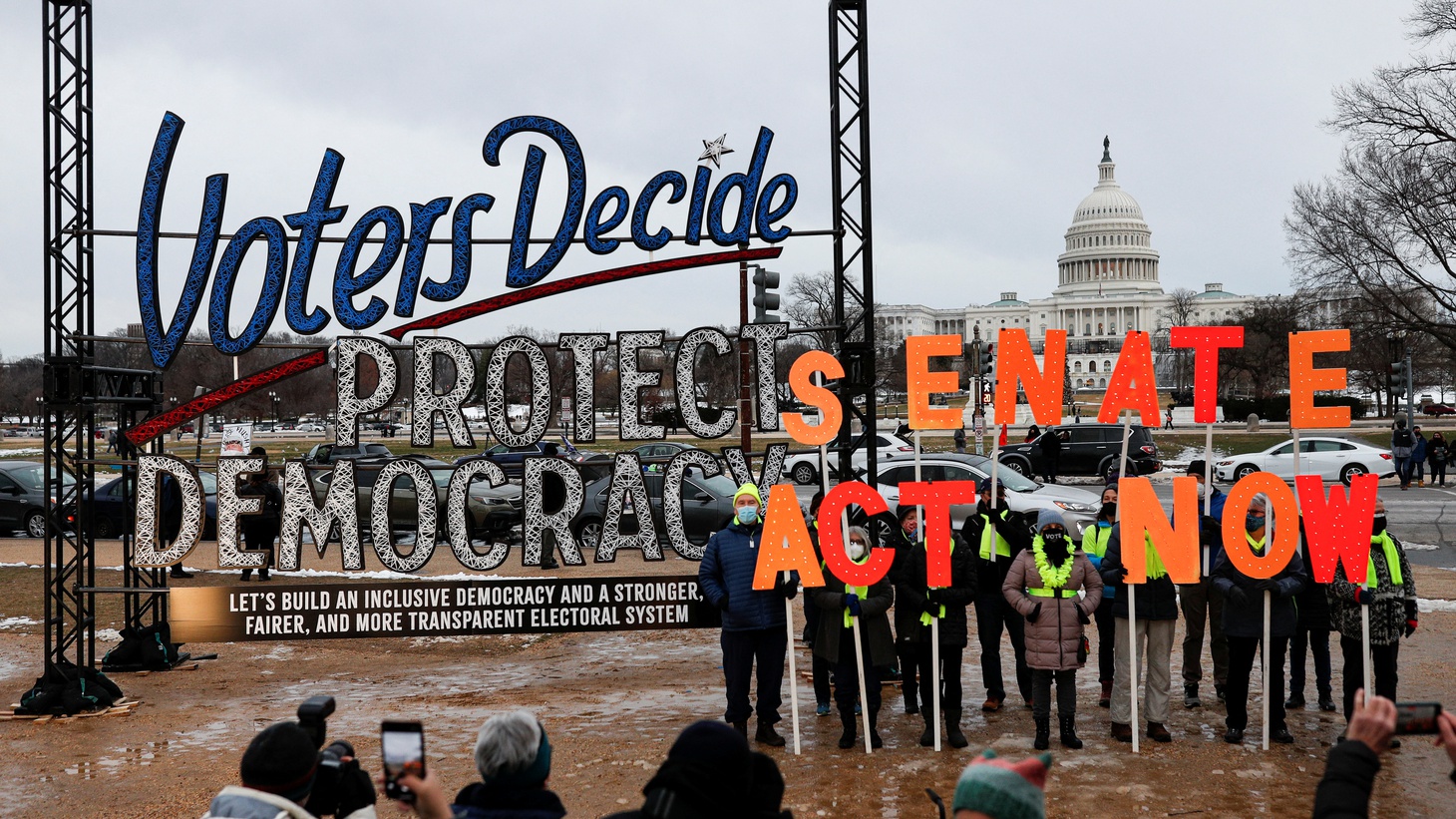 Democratic supporters of U.S. President Joe Biden hold letter-signs reading all together 'Senate, Act Now' during a candlelight vigil on the National Mall in observance of the first anniversary of the January 6, 2021 attack on the Capitol by supporters of former President Donald Trump, on Capitol Hill in Washington, U.S., January 6, 2022. Photo by Tom Brenner/Reuters.

We kick off a new year of Left Right & Center as the country reflects on the one-year anniversary of the January 6th attack on the U.S. Capitol. Guest host Jeremy Hobson talks with Jamelle Bouie, Alice Stewart and Amy Walter about how the battle for voting rights has changed since last year’s insurrection as well as policy approaches to the Omicron surge.

Another massive Covid surge reminds us that the pandemic named for the year 2019 - is still kicking in 2022. Should President Biden be doing more to control Covid-19? What more can he do given that so many people aren’t getting vaccinated? Is it time for more carrots than sticks?

A year ago, on January 6th, Trump supporters stormed the U.S. Capitol. Is the investigation into that attack moving fast enough? Why do so many Republicans believe President Trump when he tells them the election was stolen? Democrats hope the anniversary will spur on voting rights reform in Congress. Is there any chance it will pass?