Can America reverse the deadly trend of mass shootings? 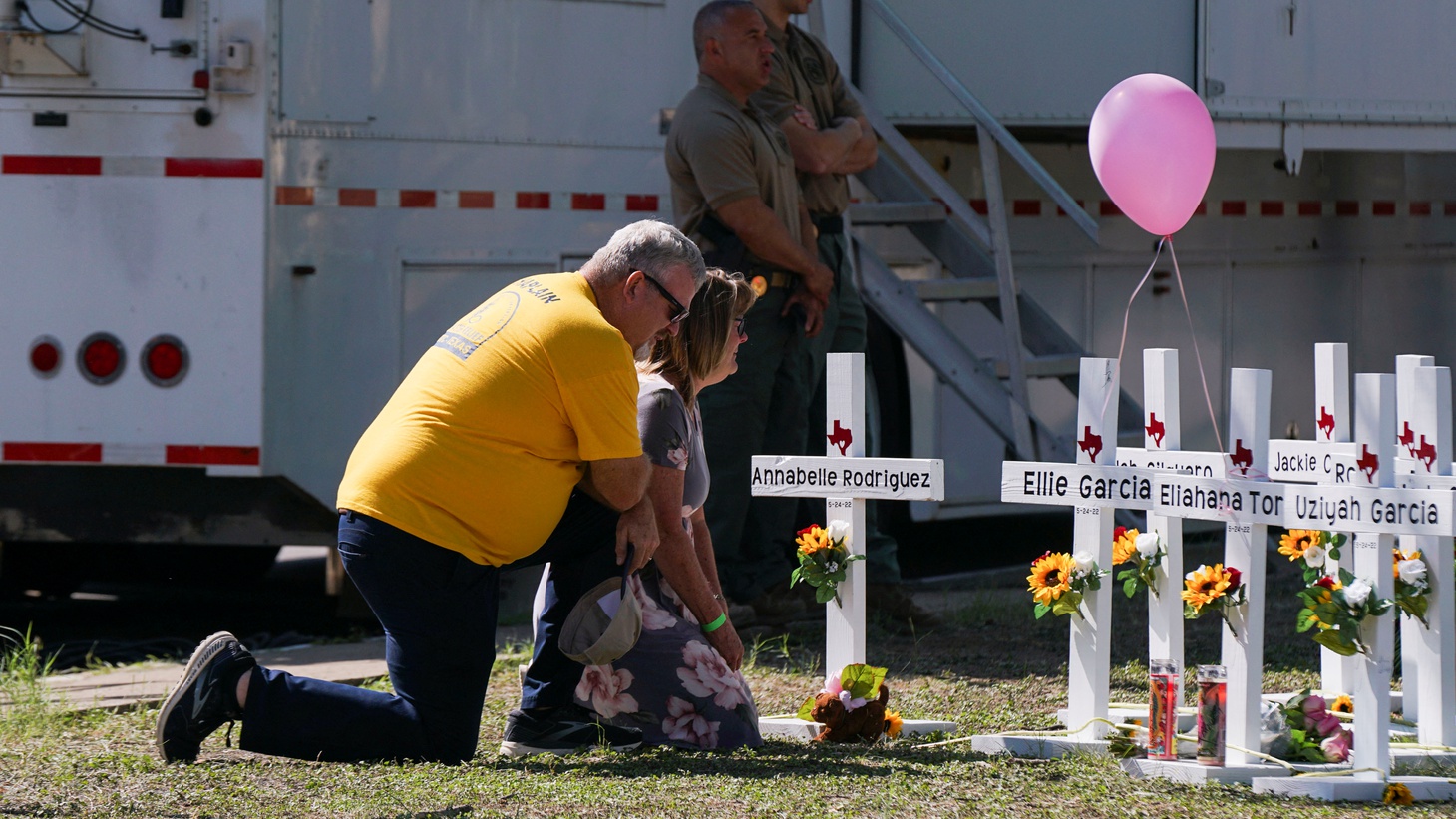 People mourn in front of memorial crosses for the victims of the mass shooting at Robb Elementary School in Uvalde, Texas, U.S., May 26, 2022. REUTERS/. Photo by Veronica G. Cardenas/Reuters

On May 24, an 18-year-old opened fire at an elementary school in Uvalde, Texas, killing 19 children and two adults. The nation responded in horror and dismay that a school shooting happened again. There have been 212 mass shooting incidents in 2022, and the U.S. has the world’s highest number of mass shootings, according to the World Population Review. Can politicians agree on reforms that could decrease the catastrophic number of such incidents in the U.S.?

Guest host Jessica Yellin of “News Not Noise” discusses with Elizabeth Bruenig, staff writer at The Atlantic, on the left; and Avik Roy, president of the Foundation for Research on Equal Opportunity, on the right.

Then, special guest Evelyn Farkas, executive director of the McCain Institute, shares her thoughts on how likely Ukraine is to win the war against Russia, which is now in its fourth month. With rumors that President Putin has cancer and that Russian elites are unsettled by the  economy and global isolation, is there an increasing chance Putin leaves power in the near future?

China has been watching all this with their eyes on Taiwan, where tensions have been ramping up. On his recent trip overseas, President Biden said he would defend Taiwan from Chinese aggression. Should U.S. policy toward Taiwan and China change?