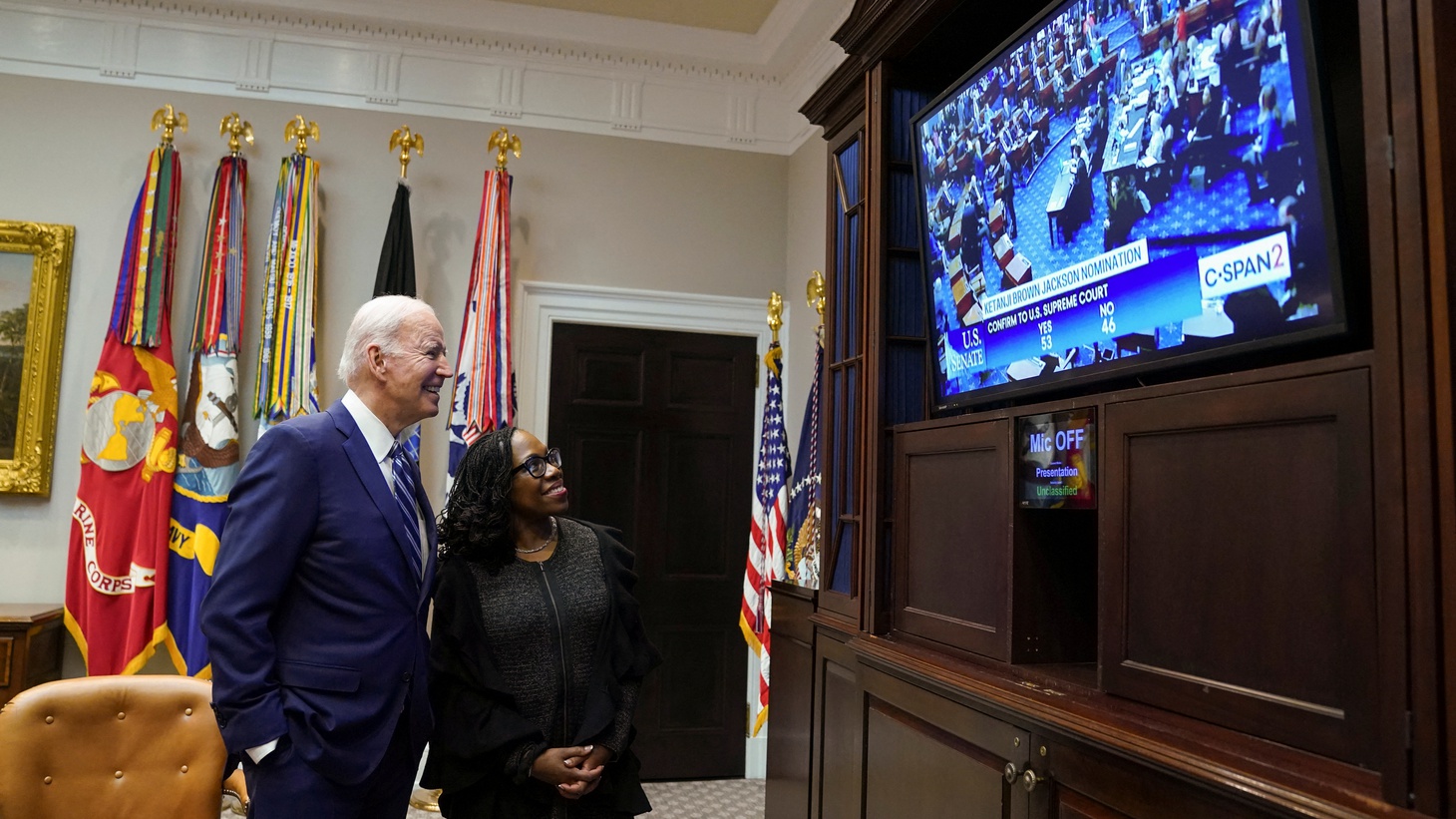 Ketanji Brown Jackson can officially put “Supreme Court Justice” on her resume this week, as three Republicans joined Senate Democrats to confirm the first Black woman on the Supreme Court. Jackson will replace soon-to-be former Justice Stephen Breyer, who will retire in the summer.

The vote, historic though it may be, was also largely expected despite the furore of the confirmation hearings – especially since it wouldn’t affect the ideological balance of the court. So, why only three Republican votes for Jackson? And why did the same coalition that voted for her also torpedo a much needed COVID relief bill over immigration concerns?

Guest host Kimberly Atkins Stohr of the Boston Globe discusses with panelists Megan McArdle, columnist at the Washington Post, on the right; and Liz Bruenig, staff writer at the Atlantic, on the left.

Then: All eyes have been on the Ukrainian city of Bucha this week, as evidence emerged of indiscriminate civilian killings by Russian forces. In response, Biden announced more sanctions on Russian banks and Vladimir Putin’s adult children, while the U.N. General Assembly voted to suspend Russia from the Human Rights Council.

But how far can sanctions and censures go to deter Russia’s territorial aspirations? And how can the United States stand for Ukraine without escalating global tensions beyond the point of no return? Special guest Daniel Drezner, professor of international politics at Tufts University, breaks it down.

Plus: Twitter’s introducing an edit button so you can correkt yur typoes. And that’s got the support of Elon Musk, who’s now their largest stockholder after buying nearly 10% of the company’s shares. He’s been vocal about what he sees as heavy-handed moderation by Twitter even as misinformation continues to circulate among users. How could Musk’s influence change things for the bird app our panelists love to hate, but can’t seem to stay away from?

Finally, our panelists rant from across the political spectrum about the reptilian-avian-mammal Easter Bunny, relocating Walt Disney World, and why Russian nationals should still be allowed to run the Boston Marathon.