Russia and China declare a new world order. Should US worry? 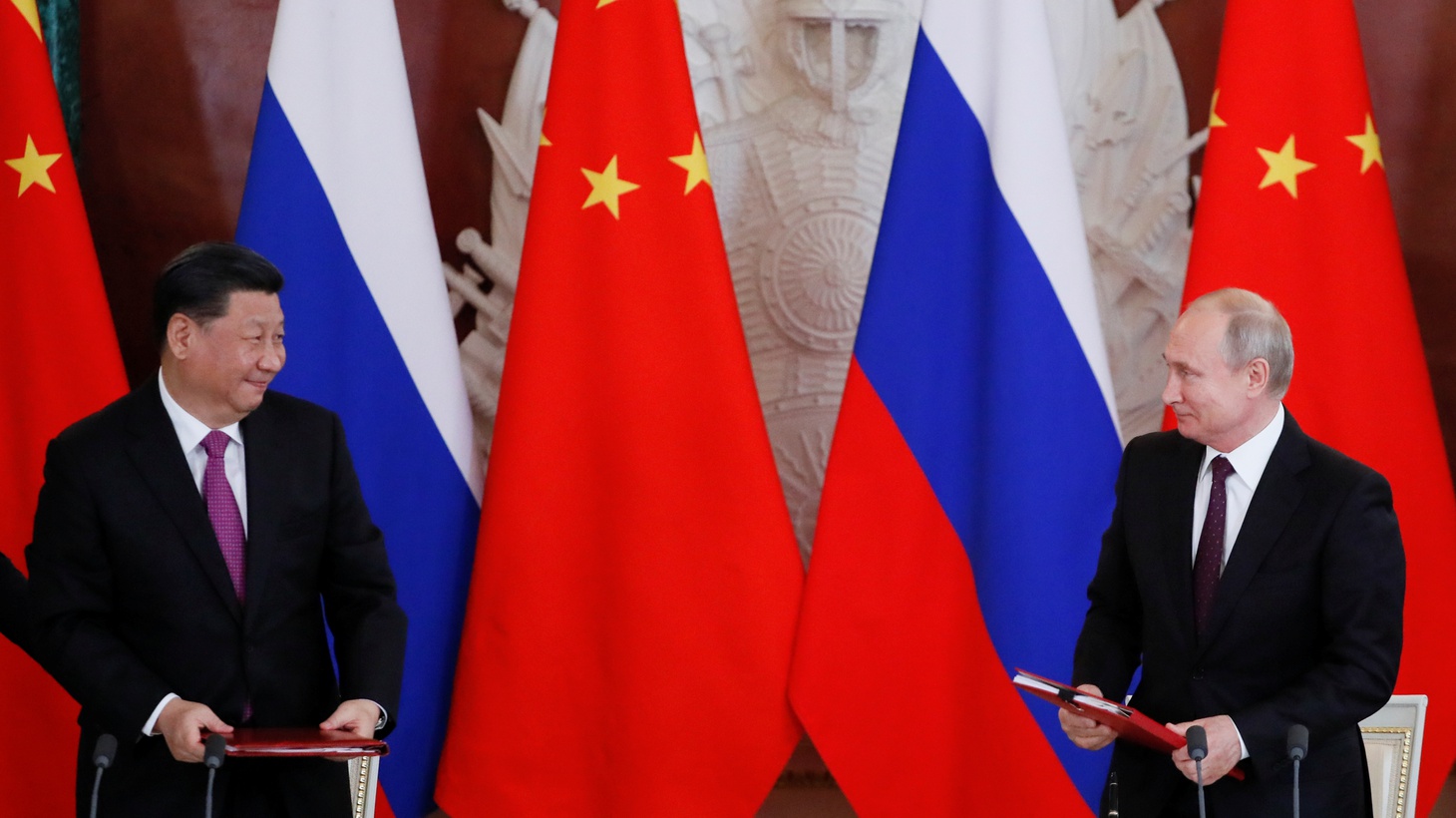 We’re several weeks into world leaders trying to quell tensions over the Ukraine - Russia border. And if you thought things weren’t complicated enough, Russian and Chinese leaders also issued a joint statement saying their partnership would establish a new “world order.” That sounds pretty ominous – so why aren’t the United States and NATO responding in kind? Can the EU get over its energy woes and sanction Russia until it backs out of Ukraine? And should we be freaking out, or is this just dictators dictating?

Guest host David Greene discusses with panelists Tara Setmayer, senior advisor at the Lincoln Project, on the right; and Mo Elleithee, executive director of Georgetown University's Institute of Politics and Public Service, on the left.

Next: Depending on where you live, you might finally be able to give your mask tan lines some sun. Omicron is subsiding, and Democratic governors are saying goodbye to mask mandates for now, leaving behind a patchwork of local regulations that depend on case counts, vaccine rates and political pressures where you live. So, is it time to burn your masks, even though other variants are potentially on the horizon? Or are unified federal or state mandates the way to go?

Also, when did schools become public health and political battlegrounds? And why do schools seem the last to loosen restrictions when pandemic kids are already vulnerable to learning loss and mental health challenges? We bring on special guest Kimberly Atkins Stohr of the Boston Globe to discuss.

Then: President Biden has vowed that Supreme Court Justice Stephen Breyer’s replacement would be a Black woman. Since then, he’s been criticized by some who say this pledge demeans the very people it’s trying to help by suggesting they can’t compete in the process without assistance from the outside. But do today’s questions echo those around other groundbreaking Supreme Court nominations, or is this debate just a hallmark of grievance politics?

And for our rants this week: condemnations of political apologies, reporter tell-all books, and why we need to Build Back Better Bridges.