A night of conversation and live music with Street Symphony We collaborated with violinist Vijay Gupta, who we met when he won a MacArthur Genius grant last year. He’s 31 years old now, and he first began performing when he was just 4 years old. 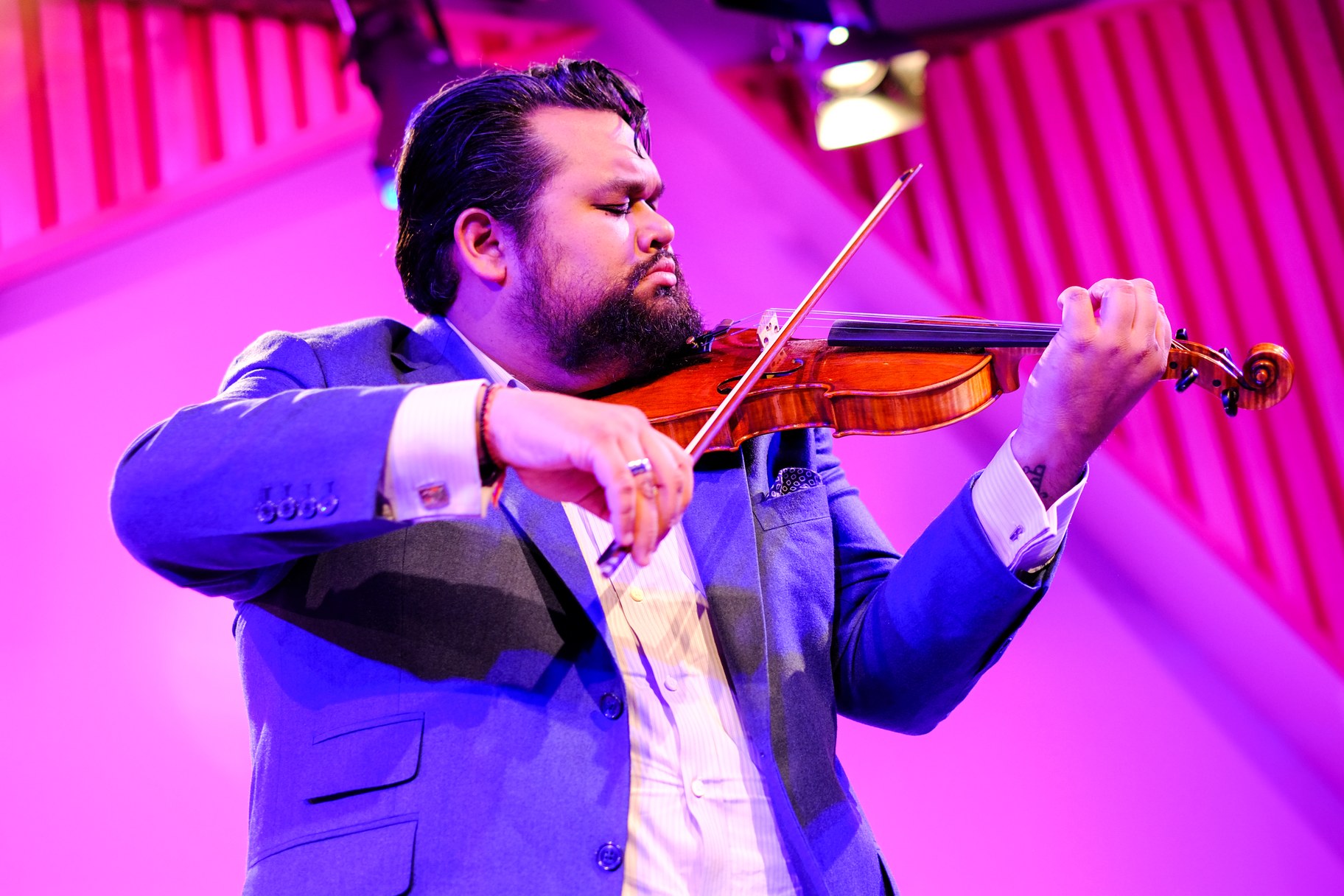 Well, now he is doing exactly what he wants to do.

He quit the LA Phil to devote himself full time to his non-profit Street Symphony. The organization brings classical music to Skid Row, which is just a mile away from Walt Disney Concert Hall. The two are much farther apart in other ways.

In an effort to bring these worlds a little closer together, we brought Vijay, a quartet of Street Symphony musicians, and two composers from Street Symphony onstage for a chat and performance.

Reena Esmail was one of the composers. She studied music at Juilliard and Yale. She blends classical Indian music and western music. She tells us, “As a child of immigrants, we always have to make a lesser version of ourselves and take this sliver that also fits into western culture perfectly.”

The other composer was Ben Shirley, who used to live on Skid Row because of drug and alcohol addiction. He told us how his time at Skid Row’s Midnight Mission saved him, and how he got involved with Street Symphony.